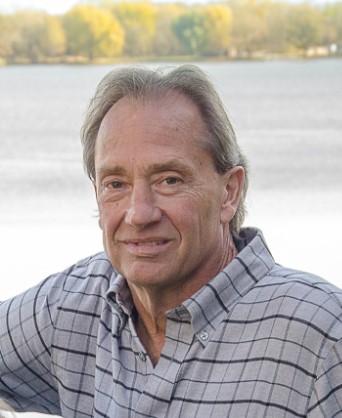 Steven Joseph Wetzel 1956–2021 Le Center—Steven Joseph Wetzel, age 64, of Le Center passed away peacefully at his home surrounded by family on Tuesday, January 5, 2021 due to complications of Alzheimer's. Visitation will be held on Friday, January 22, 2021 from 4-7pm at the Le Center Funeral Home. Formal church service, burial, and celebration of life to be held at a later date. In lieu of flowers, the family welcomes donations that will be sent in to the Alzheimer's Association in Steve's honor. Steve was born on April 28, 1956 to Chester and Annette (Lang) Wetzel and raised on their farm outside of Le Center. He graduated from Le Center High School in 1974 at which time he purchased the Standard Gas Station and was owner/operator for 29 years. Steve was united in marriage on September 3, 1983 to Kathy (Blaschko) at St. Mary's Catholic Church of Le Center. In 1998 he built a car wash, Wetzee's Wash and Wax, where over the years it became his pride and joy greeting customers and providing a service for the community. Throughout Steve's life he enjoyed spending time with his family and friends, hunting, fishing and riding Harley. His passion for life was expressed through his contagious laughter that will never be forgotten. Steve is survived by his wife Kathy, of 37 years; children, Cody (Lynnea) Wetzel and their children Ava, Jaxson, and Shay; Ben (Abby) Wetzel and their child, Maeve; Jake Wetzel (Megan Kaisershot); siblings, Mike Wetzel, Chris Wetzel, and Lori O'Malley; mother-in-law, Patricia Blaschko; and many cousins, nieces, and nephews. Steve is preceded in death by his parents; sister, Linda Marie Wetzel in infancy; and father-in-law, Eugene Blaschko. Arrangements are with the Le Center Funeral Home in Le Center. On-line condolences may be left at www.lecenterfuneralhome.com.