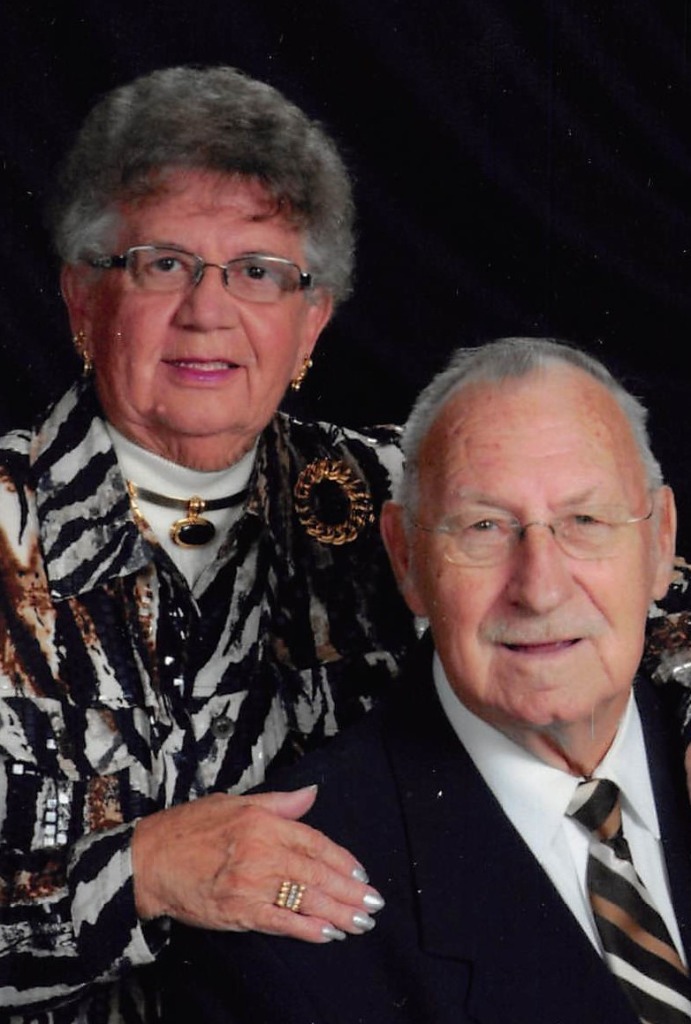 John & Audree (Schultz) Wagner 02/13/1932-09/14/2020–08/27/1931-09/13/2020 Albert Lea—Audree M. (Schultz) Wagner passed away on Sunday, September 13, 2020 at the Prairie Senior Cottages in Albert Lea. She was 89. John A. Wagner passed away one day later, on Monday, September 14, 2020 also at the Prairie Senior Cottages. He was 88. Audree was born on August 27, 1931 to John "Jack" and Albina "Bena" (Svoboda) Schultz in Le Center, Minnesota. She graduated in 1949 from Le Center High School. John was born on February 13, 1932 to John and Esther (Runge) Wagner in Elysian, Minnesota. He was a graduate from the Waterville High School in 1950. John joined the army shortly after graduation and that was when his love for Audree grew. During his time in the service, John wrote many love letters to Audree, mentioning their mutual love for polka dancing. During the summer of 1953, John came home to marry his sweetheart, Audree. They were joined in marriage on June 12, 1953 at the Little Brown Church in Northwood, Iowa. After marrying, Audree moved to Delaware, where John was stationed, and began working at a jewelry store. When John finished his time in the service they moved back to Minnesota. Upon moving to Albert Lea, John started working as an industrial engineer at Queen Stoves and retired after spending many years there. Audree found herself a position as an office manager at Agriculture Stabilization Conservation Service (ASCS), where she retired from after over 31 years of service. The two had become members of Salem Lutheran Church in 1953, and over the years they loved being a part of "Sew and Tell". John also spent more than 50 years as a member of the Albert Lea Eagles Club and Legion. There were many things that brought joy to Audree and John, playing cards (especially cribbage), camping in Lexington, eating Bullheads (especially during Bullhead Days), traveling to Laughlin, NV, the Hawaiian Islands for their 25th anniversary and Lake Havasu, AZ for the winters. They also liked to entertain and have friends to their home. Doing this gave Audree the opportunity to dress herself up, as she was always keen on looking her best, and she was also able to spend time in the kitchen, as she adored baking and cooking. While Audree enjoyed visiting with friends, John preferred to be out fishing, goose and deer hunting, golfing or watching the Twins or Vikings' games. John and Audree will be missed by sisters Ruth (Eldon) Stavenau and Joan Markytan; niece Deb (Larry) Philipp; nephew Jason Stavenau; special friend, Ruth Tennis, and many other loving family and friends. The couple is preceded in death by their parents, John and Esther Wagner and Jack and Bena Schultz; brothers, Jim Wagner and Roland Wagner, Sr. Services for the couple were on Sunday, September 20, 2020 at Salem Lutheran Church – Albert Lea. Bonnerup Funeral Service assisted the family.

To plant a tree in memory of John Audree Wagner as a living tribute, please visit Tribute Store.
Load comments