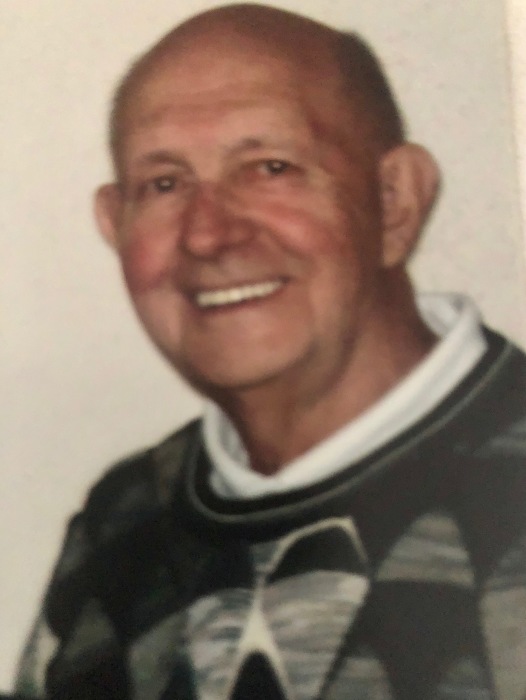 Mayo Flegel 1931–2020 Le Sueur—Mayo Flegel, age 88, of Belle Plaine, formerly of Le Sueur and Mankato, passed away Wednesday, January 1, 2020 in Rochester, MN with his family by his side. Memorial services will be on Saturday, January 11 at 11:00 a.m. at Zion United Church of Christ in Le Sueur, MN. Visitation will be at the church on Friday, January 10 from 4:00-7:00 p.m. and one hour prior to the service on Saturday, January 11 at church. Mayo was born just before the dust bowl years on October 12, 1931 on a farm near Kulm, North Dakota to the late Fred and Alice Flegel. He and his four sisters attended a one room rural school, walking or riding a horse to school most of the time. After high school, he attended a teacher's college for one year and taught in the same rural school he had attended. He left the farm to enlist in the Army for three years, being stationed in Germany for 18 months. This is where his lifelong love for travel began. He returned to college at North Dakota State University, where he graduated as an Industrial Engineer. While in college, he was elected into Who's Who in American Colleges and Universities, two Honorary Engineering Fraternities and was named Outstanding Veteran of the Year in 1962. He served on the Student Senate and the College publications staffs, in addition to holding offices in several other organizations. On April 18, 1964, Mayo married the love of his life, Barbara Huck; she preceded him in death on March 24, 2003. Mayo was lucky enough to find love again and married Janet Lohberger on May 6, 2005; she preceded him in death on August 9, 2019. Mayo spent most of his career with the Green Giant and Pillsbury companies working in Quality Control, Industrial Engineering and leading seminars on motivation and creative problem solving. He became the Director of Industrial Engineering for Green Giant and later for Pillsbury, before leaving after 26 years to start his own Engineering Consulting Company, which he ran for another 16 years, consulting in Asia, Europe, North and South America. Mayo served as the North Star Chapter of Germans from Russia as its President, Membership Chair and Cookbook Chair of the Sie Unser Gast Cookbook. He served on the Board of Trustees of the American Historical Society of Germans from Russia for 8 years as Fundraising Chair, Vice President, President and Annuity Coordinator. In 2008 he was awarded the Distinguished Service Award by AHSGR. Mayo is survived by his 3 children, Jim (Emilia) Flegel of Plymouth, MN, Paula Thuerman of Waupaca, WI and Anne (Matt) Podhradsky of Chaska, MN and his 'good guys' whom he adored, grandsons Zack, Alex, Ben, Christian, Will and Lincoln. He is further survived by his step-children Lyndel (Evelyn Alexander) Lohberger of Rosamond, CA, Shelly (Kelly) Branscom of Albuquerque, MN, Brian (Liz Sundet) Lohberger of Medford, MN, and Curt (Joan Garcia) Lohberger of Port Edwards, WI; 5 step-grandchildren and his sisters Wanda Gebhardt of Monango, ND and Clair Bjur of Kulm, ND along with numerous nieces and nephews. Mayo was preceded in death by his parents, his wife Barbara, second wife Janet, and sisters Irene Feil and Genevieve Zinter.