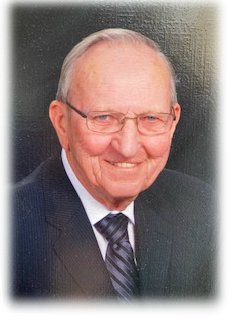 Roman Malecha 1940–2020 Montgomery—Roman A. Malecha passed away on September 18, 2020 at the age of 80. He was preceded in death by Parents, Albert G and Ludmilla (Havel) Malecha; first wife, Darlene Malecha; brothers and sisters, Lillian Tupy, Helen Novak, Albert, Stanley, Joe, Robert and George Malecha. Roman was a man of deep faith who dedicated his life to his family, church, friends and community. Roman attended Bethlehem Academy and Seminary school intending to be a priest, until he met Darlene Horejsi at a wedding dance and decided to take a new path in life. Roman and Darlene were married at the Church of the Most Holy Trinity in Veseli, MN on June 29, 1961. They made Montgomery their home and enjoyed life together for almost a decade before adopting Cheryl and Carol in the early 70's. He and Darlene raised their two daughters in a home filled with warmth, laughter and love. Roman worked long hours to provide for his family yet he did so without complaint and was always in a happy mood when he came home – even after some of those 90-100 hour work weeks during the summer out in the fields. He started out at Westerman Lumber, followed by Korbel Motor and Appliance. He then spent more than 40 years at Green Giant and Seneca, while also running an appliance service on the side – applying what he'd learned from Clarence Korbel. Never one to sit still, Roman somehow also found time to demonstrate his unparalleled woodworking and handyman skills. As if that weren't enough, he also gave back to his community in a multitude of ways, serving on the Montgomery Fire Department for 21 years, teaching high-school religion and serving on the boards of Holy Redeemer School and Calvary Cemetery. His selflessness continued into retirement when he volunteered as a driver for Aging Services in Montgomery into the final weeks of his life. After Darlene's tragic passing in 2007, Roman found a new focus in life when he and Bonnie (Korbel) Sery began spending time together. Their friendship blossomed into romance and they married in 2008. Roman loved telling the story of how the two of them came together, more than five decades after he had worked for Bonnie's dad. Roman embraced his new extended family, treating his bonus children and grandchildren as if they were his own. He and Bonnie lived full, active lives with their blended family, their many friends and their community service. Yet Roman also appreciated life's simple pleasures. He cherished what he called "My morning coffee with Bonnie and God." Roman was a proud Czechoslovakian and enjoyed speaking the language, listening, singing, and dancing to Czech music and of course enjoyed pork chops, dumplings and sauerkraut as a true Bohunk would. He loved traveling, playing cards, dancing, visiting with friends, spending time with his granddaughters, grandsons, and of course fishing. Anyone lucky enough to join him on an angling trip would say the same thing: Roman Malecha knew how to find the fish. While his family is deeply saddened by the loss of our beloved husband, father and grandfather, we are heartened in knowing that Roman has been reunited with Darlene and his siblings in God's heavenly kingdom. And we love the thought of him getting an opportunity to cast a line with Jesus, another man who knows a thing or two about fishing. Roman is survived by his wife, Bonnie Sery-Malecha of Montgomery; his children, Cheryl (Malecha) and Joe Kollasch of Prior Lake, Carol Malecha of New Prague (& Jon), Todd Sery of Montgomery, and Melissa (Sery) and Mike Voss of Plymouth; grandchildren, Kayla (& Austin), Lexy, Riley, Sawyer, Benjamin, Jamie, Becky (& Bryce), and MacKenzie; great-grandchild Tatum; brother, Leonard Malecha of Lonsdale; sisters and brother-in-law, Lillian Malecha-Novotny of Montgomery, Marion Malecha of Henning, and Mark and Beverly Vogel of Charlotte, North Carolina; and many Godchildren, nieces, and nephews. There will be a private burial service for Roman, with his immediate family as he had wished. Arrangements are with the Schoenbauer Funeral Home in Montgomery. 507-364-6116. On-line condolences may be left at www.schoenbauerfuneralhome.com.