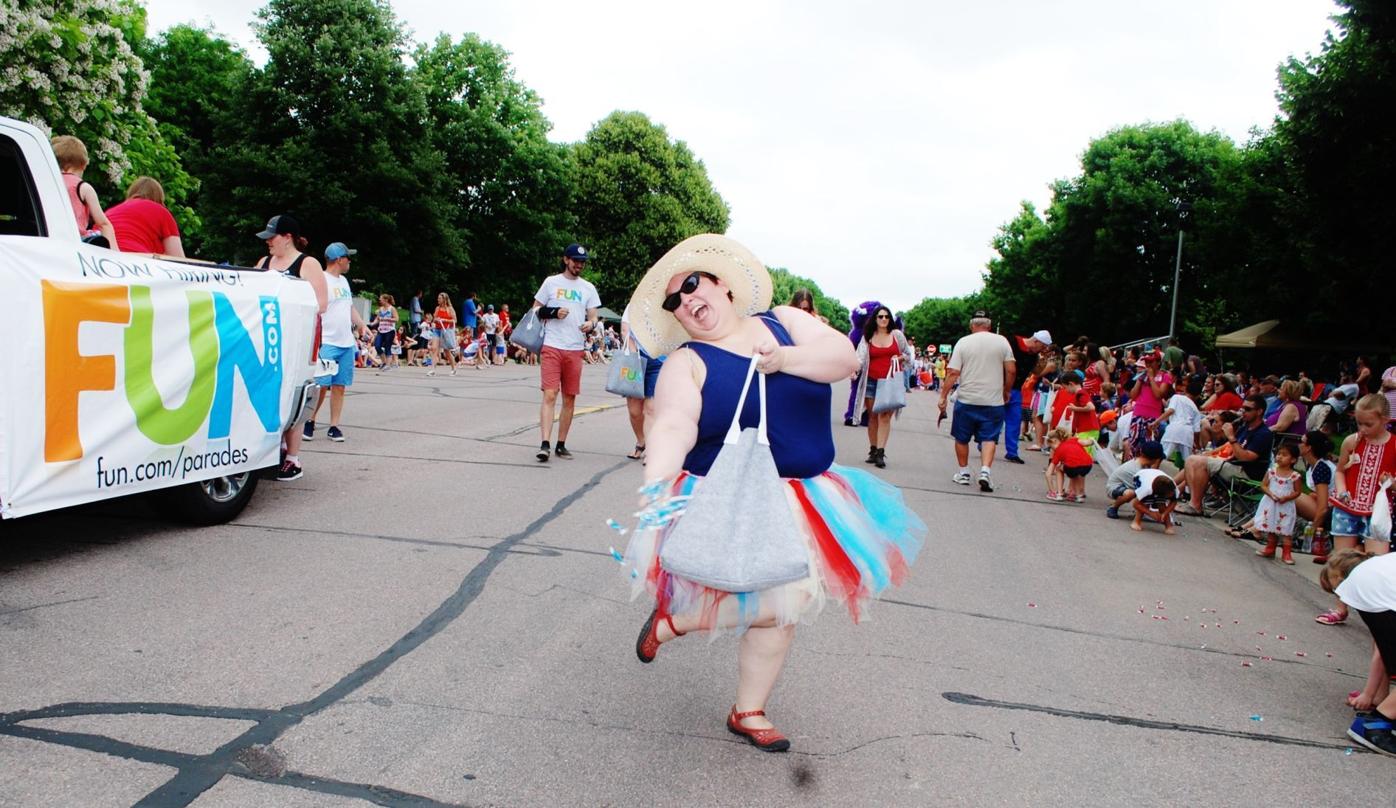 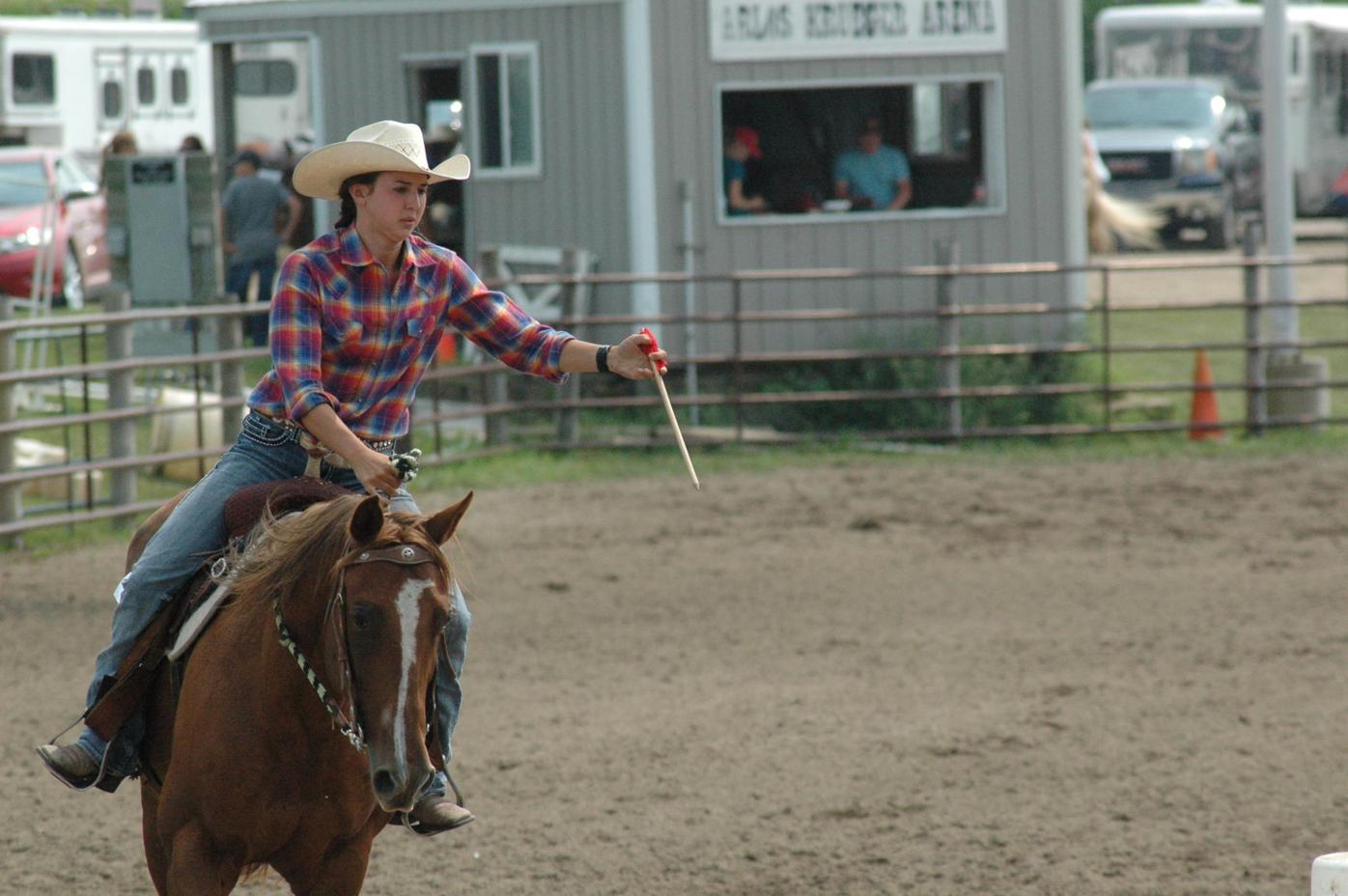 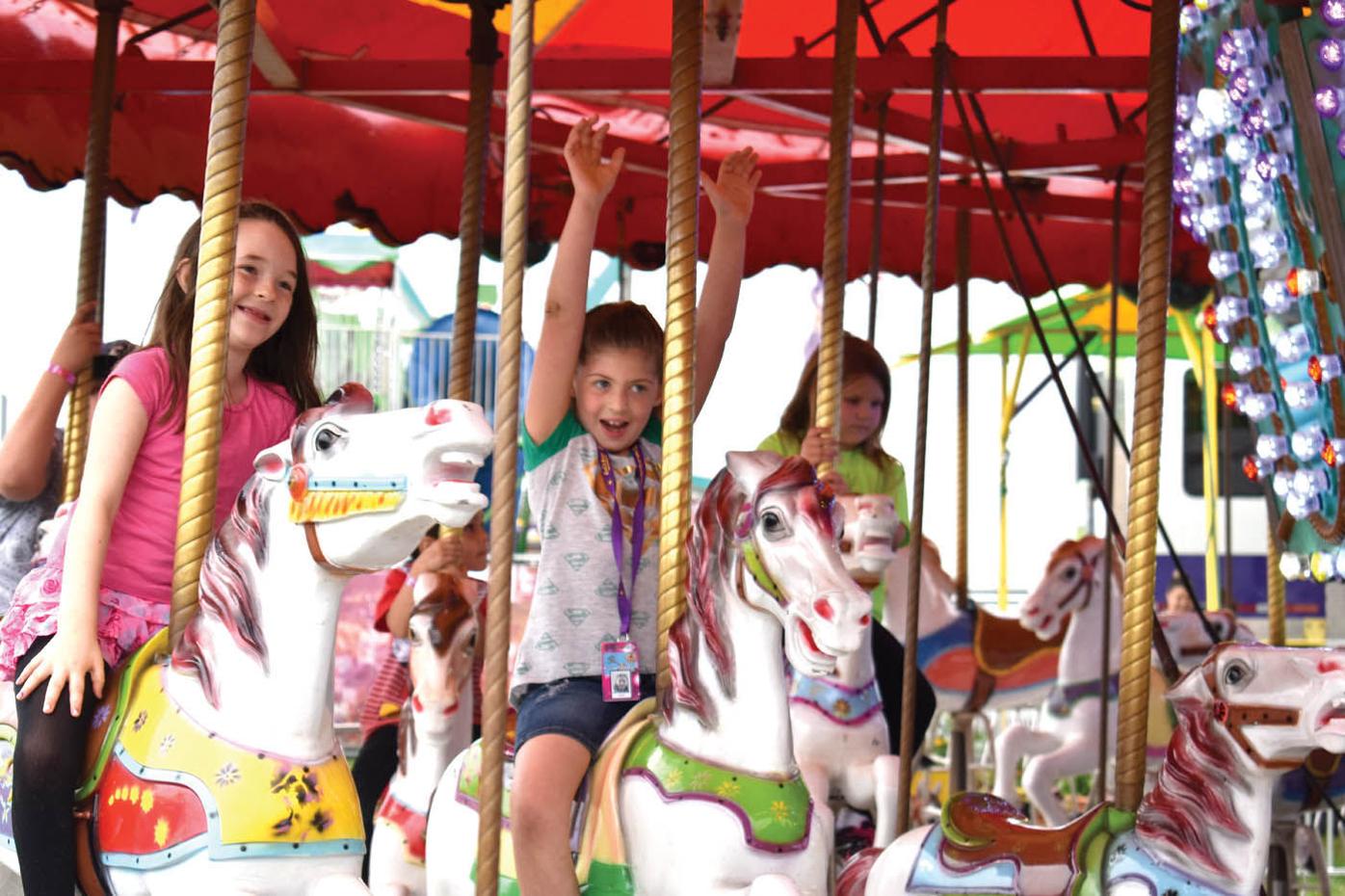 The Steele County Free Fair will return in 2021, but fair staff and board members are encouraging everyone to get a COVID-19 vaccine to ensure that event will take place and be safe for all those involved. (File photo/southernminn.com) 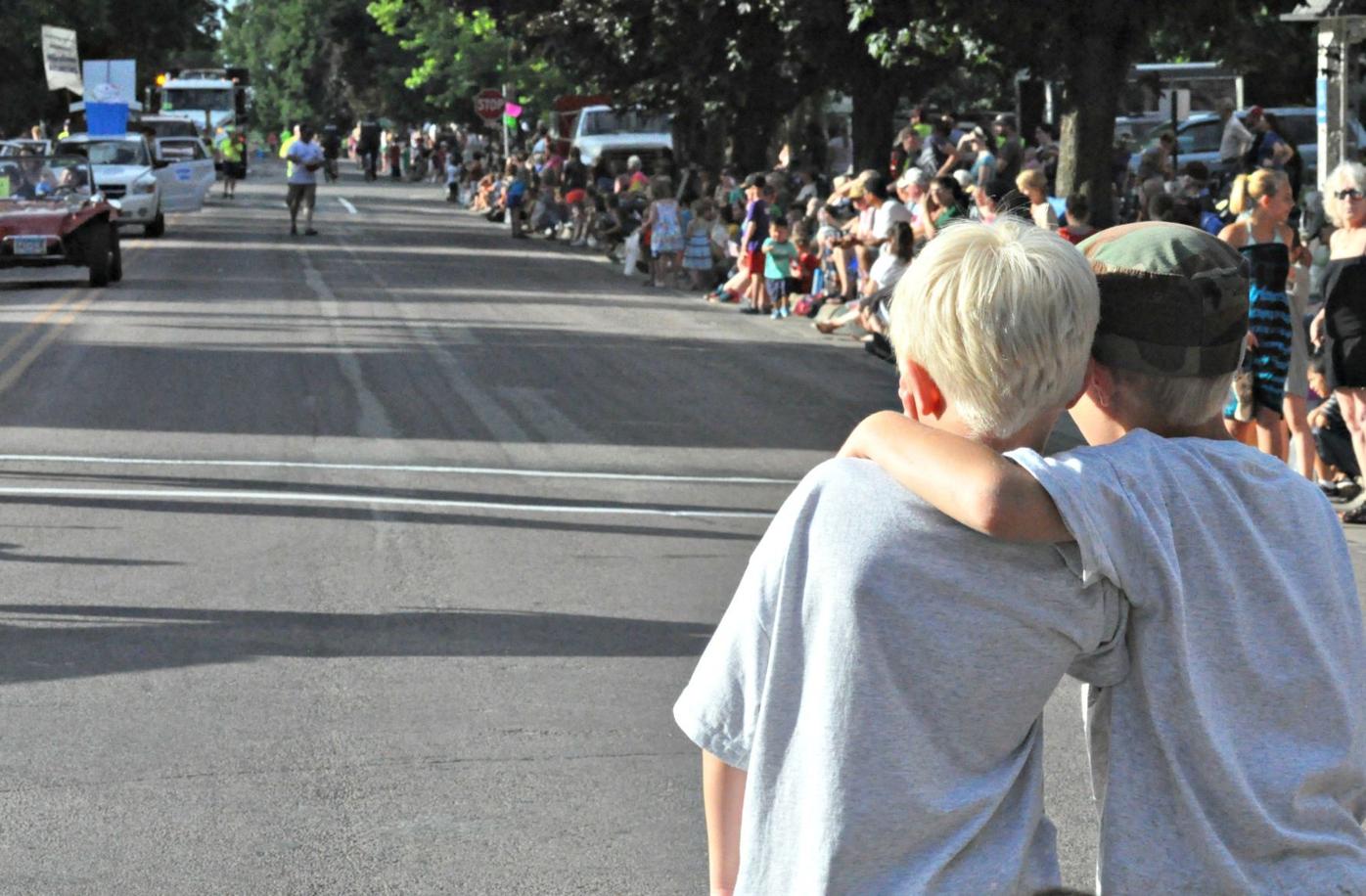 Two young boys embrace as they watch the 2016 Faribault Heritage Days Parade. The event, which was canceled in 2020 is back on. (File photo/southernminn.com) 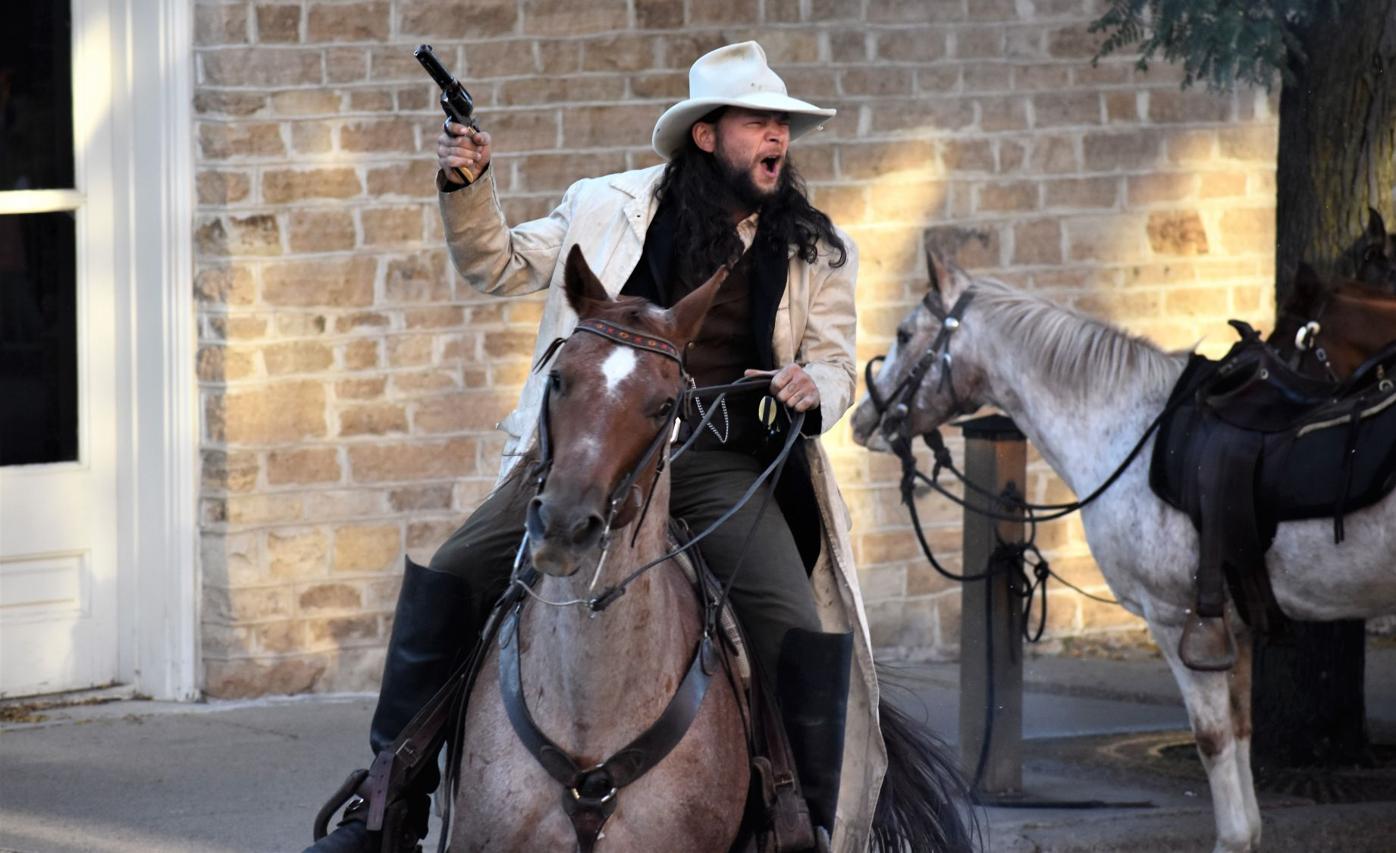 For those who organize major events in southern Minnesota, Gov. Tim Walz’s loosening of COVID-19 restrictions announced earlier this month was the green light and glimmer of hope they had been waiting for to move forward with their 2021 plans.

In St. Peter, the Chamber of Commerce leaped at the chance to bring back the Old Fashioned Fourth of July.

“Boy, the numbers look a lot better now than they did earlier this year. So when the governor said normal looking summer, that really triggered us to get into a mode of quality of life and just getting the economy going and revving things back up again,” said Chamber Director Ed Lee.

Lee is eager to bring back a traditional Old Fashioned Fourth of July after the event was canceled last year. But those canceled plans are now the basis for the event’s quick turn around. Much of the planning for last year’s Fourth was incorporated into the 2021 celebration.

“A number of the members of the task force have been on it for many, many years and they did a lot of the planning for the celebration, and then it got called off,” said Lee. “So we were able to just focus on the notes and all the decisions that had been made and really just rev it back up again.”

The Fourth of July Celebration will see the return of the parade. Though it’s typically operated as a fundraiser, this year the Chamber is waiving entry fees for floats. Interested parties can instead register with their name, business or organization and email on the St. Peter Chamber website.

Afterward, the Chamber will host a number of events in Minnesota Square Park, including live music, grilled chicken in the park served by the St. Peter Ambassadors and live music.

But like the COVID-19 pandemic, plans are in flux. If the situation would worsen in the summer, changes could be made. Lee encouraged attendees to remain conscious of safety.

“We’re encouraging everybody to stay distanced,” said Lee. “If anybody has symptoms. stay the heck away.”

Fair organizers in Le Sueur County, meanwhile, are staying conscious of potential changes in the pandemic. Chad Washa, President of the Le Sueur County Fair Board, was hopeful for a more traditional fair this year, and the board recently booked the band Smokescreen to play.

But the Le Sueur County Fair is one of the latest in festivals in the calendar this summer and is being held on Aug. 19-22. With four months between the governor’s announcement and the fair itself, Washa was nervous that the pandemic could change direction.

“The unknowns are hard to plan for,” said Washa. “The unknown if there will be a roll back, that would be a curveball for us.”

But the August date of the celebration also allows the Le Sueur County Fair to look to how other county fairs and large celebrations are handled this summer.

“We’re going to be shooting for a more traditional fair,” said Washa. “There will be a lot of fairs before ours coming up here to help us plan ours.”

In Steele County, organizers are planning the return of the state’s largest county fair.

“People have been cooped up for a whole year or more and the residents of Steele County are ready to get out and have some fun,” said Wayne Steele, vice president of the fair board and publicity director. “We want to make this a great fair because people are really looking forward to getting out – I think we all need this.”

Since the moment the 2020 Steele County Free Fair was canceled last May, fair staff and board members have put all of their energy and time into preparing to “bring back the fun in 2021.” While having the thumbs-up from the state is crucial in continuing the plans, Steele said there is an even bigger component that is still in play when it comes to ensuring the fair will go on.

“We need people to get vaccinated,” Steele said. “The more people that get vaccinated, the less likely that we may have to wear a mask in that 90-degree weather and the more likely it will be that we can still have the fair.”

The fear of another uptick in COVID-19 cases has many event organizers on edge, including those who organize the Defeat of Jesse James Days in Northfield. Galen Malecha, the chairman of the five-day event, said they had been waiting anxiously to see if they could plan the event in its entirety or if it would have to be scaled back in some way, shape or form.

“It looks like we will have a full Defeat of Jesse James Days,” Malecha said. “That doesn’t mean that things won’t change – we hope people will go get vaccinated and while we know that there will be those who will absolutely refuse to, the more people who wear a mask, socially distance and get vaccinated the more likely Defeat of Jesse James Days can come.”

While the Steele County Free Fair is scheduled for the third week in August and Defeat of Jesse James Days takes place in September, earlier events are also celebrating the positive news. Travis McColley with Faribault’s Heritage Days said they are equally excited for what these announcements will mean for the June event.

“Right now it is super easy to get a vaccine and I do believe the state should be at that 70% number by the time we roll around,” McColley said. “By the time Heritage Days is here, if you are a Minnesotan who is not vaccinated, it’s just because you don’t want to be vaccinated.”

McColley said that with the way restrictions are right now, Heritage Days will return and look like the “Heritage Days of old.” As time marches forward, McColley said they will be able to adjust the restrictions they have to abide by as the state continues to open up. Like the Steele County Free Fair and the Defeat of Jesse James Days, event organizers have already been investing and planning for more wash stations and sanitation supplies to make the community events as safe as possible.

“There is no question about it – we are doing everything we can,” Steele said about the safety measures being taken at the fair. “Not only will we have extra wash stations and a lot of sanitizing equipment, but we are working with the vendors to do the same thing to make sure they have enough cleaning products for people to use while walking around the fairgrounds.”

Malecha said they will likely still encourage people to wear face masks come September for Defeat of Jesse James Days, even if the statewide mask mandate has been fully lifted. He said the board will also be meeting with Northfield officials, Rice County Public Health, and Northfield public safety officials to guarantee they are doing whatever it takes to keep the public safe during the event.

“Obviously our No. 1 priority will be the safety of all our participants,” Malecha said. “We are looking to the hope on the horizon so that we can bring a full-fledged Defeat of Jesse James Days back to the community.”

Lee echoed both Steele and Malecha, adding that these major events in southern Minnesota are exactly what the people need.

“It’s exhilarating,” said Lee. It’s really thrilling every year, but coming out of a pandemic when everyone is cooped up is just, to be able to throw this party, we’re extremely excited for what it means to businesses to shout it from the rooftops that things are open again and the economy can get rolling.”

Remaining capacity and distancing restrictions end May 28 with the follow exceptions:

Masks indoors and for the largest outdoor events.