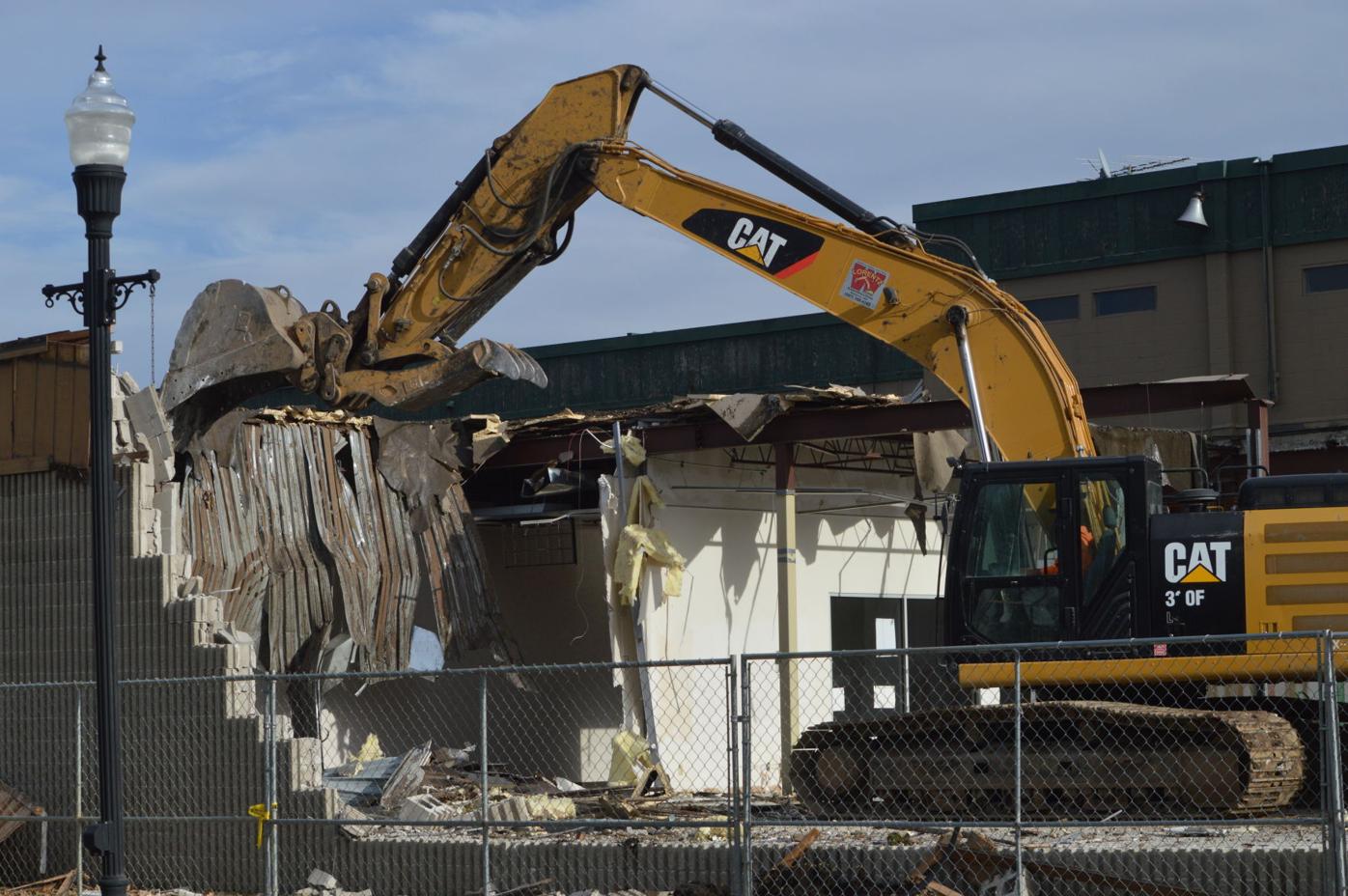 An excavator removes the western part of the Le Sueur downtown mall to make room for Main Street. (Carson Hughes/southernminn.com) 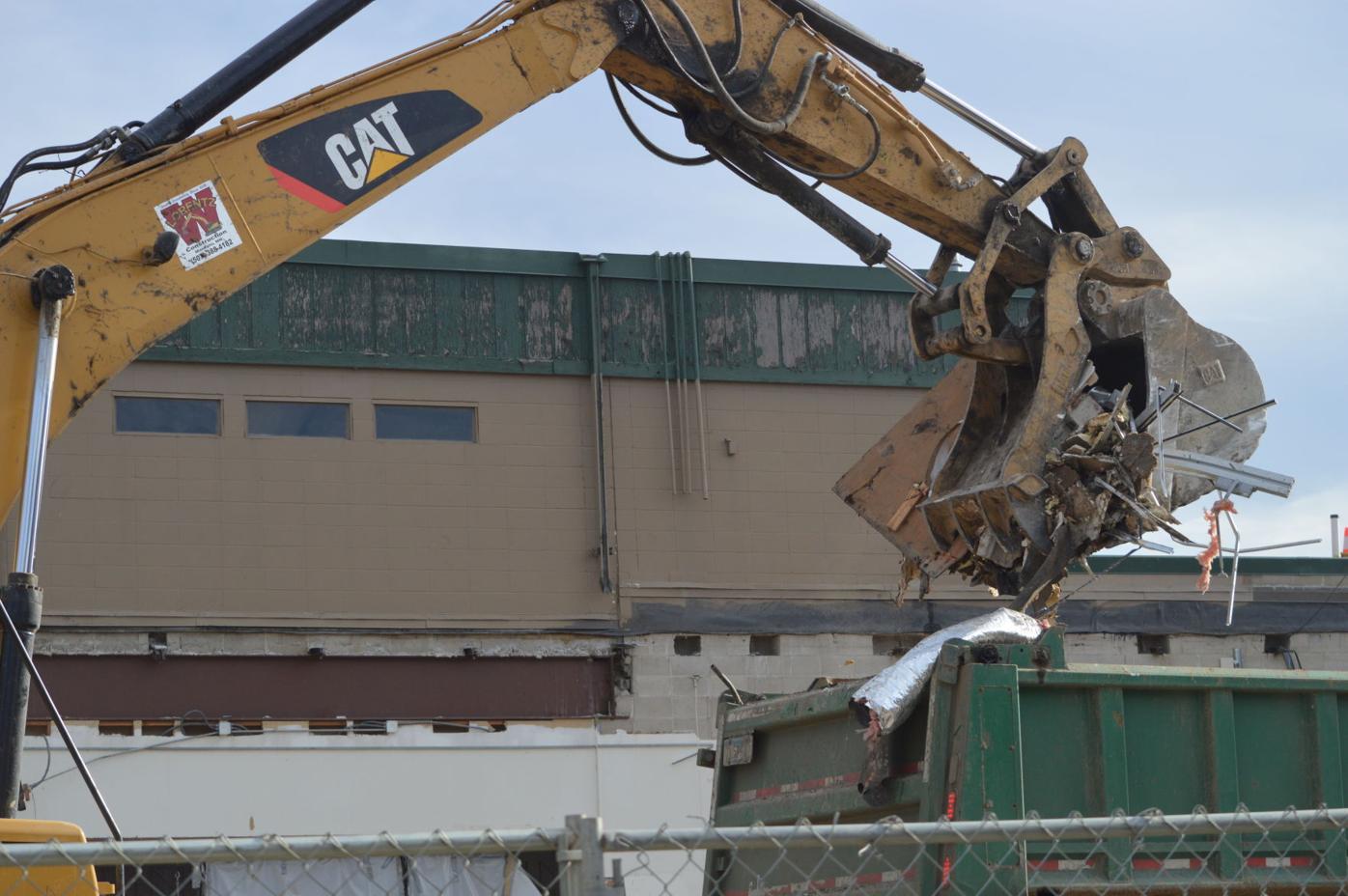 Debris from the Valley Green Square Mall is dumped into a bin by the demolition crew. (Carson Hughes/southernminn.com) 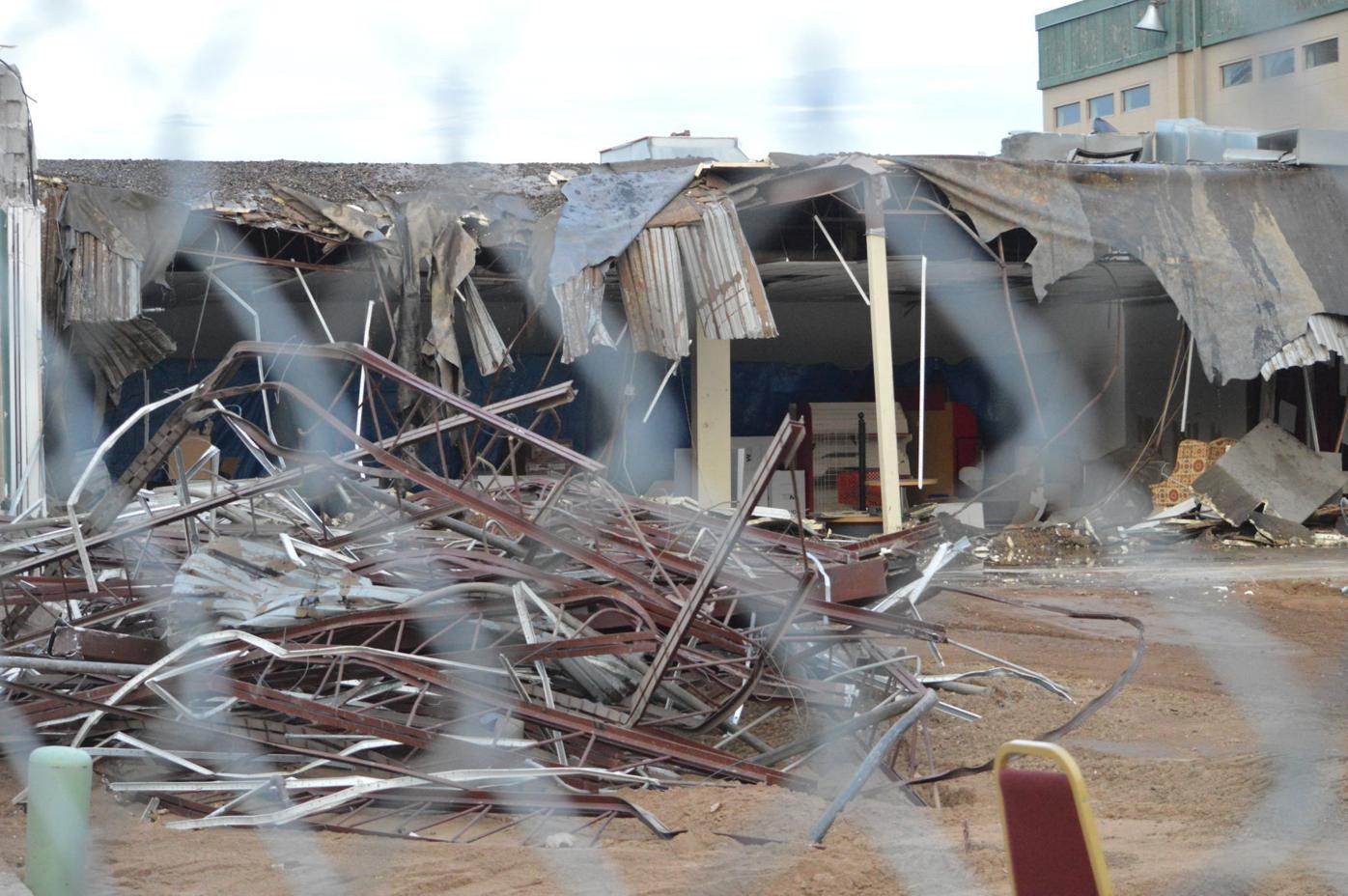 Large parts of the Valley Green Square Mall have already been cleared out by the demolition crew, which hopes to finish the rest of the exterior demolition by December 1. (Carson Hughes/southernminn.com)

The downtown Le Sueur mall is getting an extreme makeover in the form of a demolition crew.

Redevelopment began on what was formerly known as the Valley Green Square Mall in late October to make way for a new shopping center and apartment complex, Tiller + Main, as well as a reconnected Main Street.

At the back of the building, onlookers can see an excavator and a small crew with heavy machinery tearing into the western portion of the mall and removing debris to clear a pathway for Main Street.

"Right now we're in phase one of the project," said Brennan Construction Project Manager Brian Barnett. "In phase one we're going to be demoing down part of the existing building to make room for Main Street to come in. This what I would call heavy demo, where we're using large equipment to demo that down."

"We would be moving things around, moving tenants from the second floor potentially down to the first floor and putting apartments on top," said Barnett.

The second phase is the most extensive part of the redevelopment, expected to pick up immediately after the first phase and last until August. A crew of 40-60 people from various subcontractors, including plumbers and electricians, will work to change the layout of the mall and create new commercial and residential spaces.

When construction is complete, the new Tiller + Main mall complex plans to have new glass storefronts and a fresh facade facing a connected Main Street and tenants on the second floor relocated to the main floor. The top level would be reserved for six studio apartments, five one-bedroom residential units and five two-bedroom units.

The redevelopment marks one of the most significant changes to the downtown mall in its near 50-year history. Over the years, the Valley Green Square Mall has seen good times and bad times and been a home to landmark businesses in the community from diners, to grocery stores and annual Labor Day broadcasts of the Jerry Lewis Telethons.

"[I remember] Jerry Lewis Telethons every Labor Day," said Kim Dahn Hemmes. "I worked at The Boardwalk in high school. French fries and jukeboxes at each booth at the Country Kitchen after games on Friday nights. So many great memories from that big ol’ eyesore."

As the era of the Valley Green Square Mall comes to a close, many more residents recalled some of their favorite memories of the mall and the businesses that once called the shopping center home.

"I always will have memories of a full mall plus diner before the city raised taxes," said Craig Koehler. "Then, one by one, mall stores close."

"I enjoyed working at Hartman's in the mall, but loved the old style store front when it was on main," said Terry Theleman.

"I miss the soup/salad bar at the kitchen," said Judith Jones. "Miss Ben Franklin's and their live pet department. Loved to go in and watch the hamsters. Miss the Branch. Miss Templeton Red Owl."