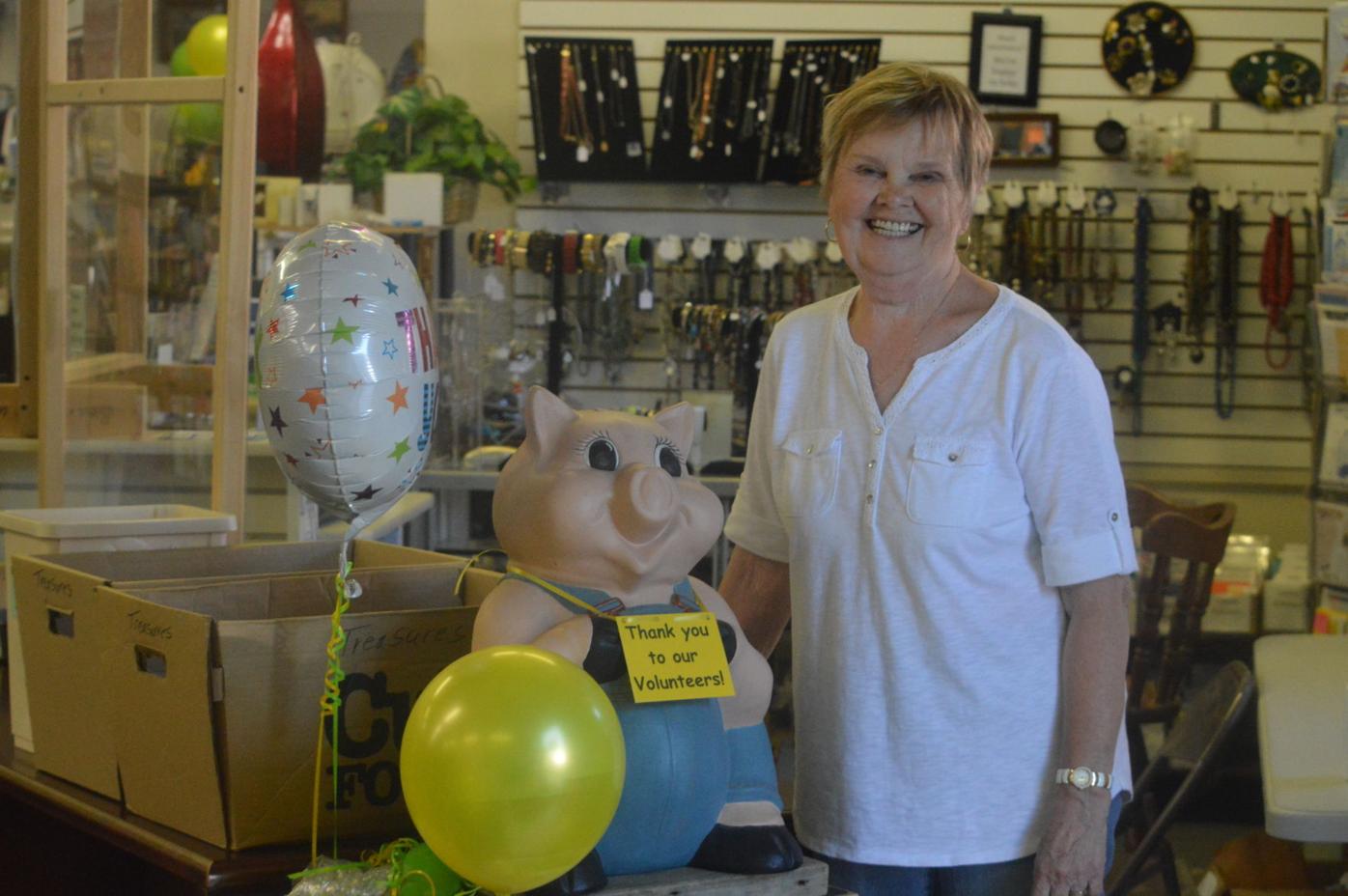 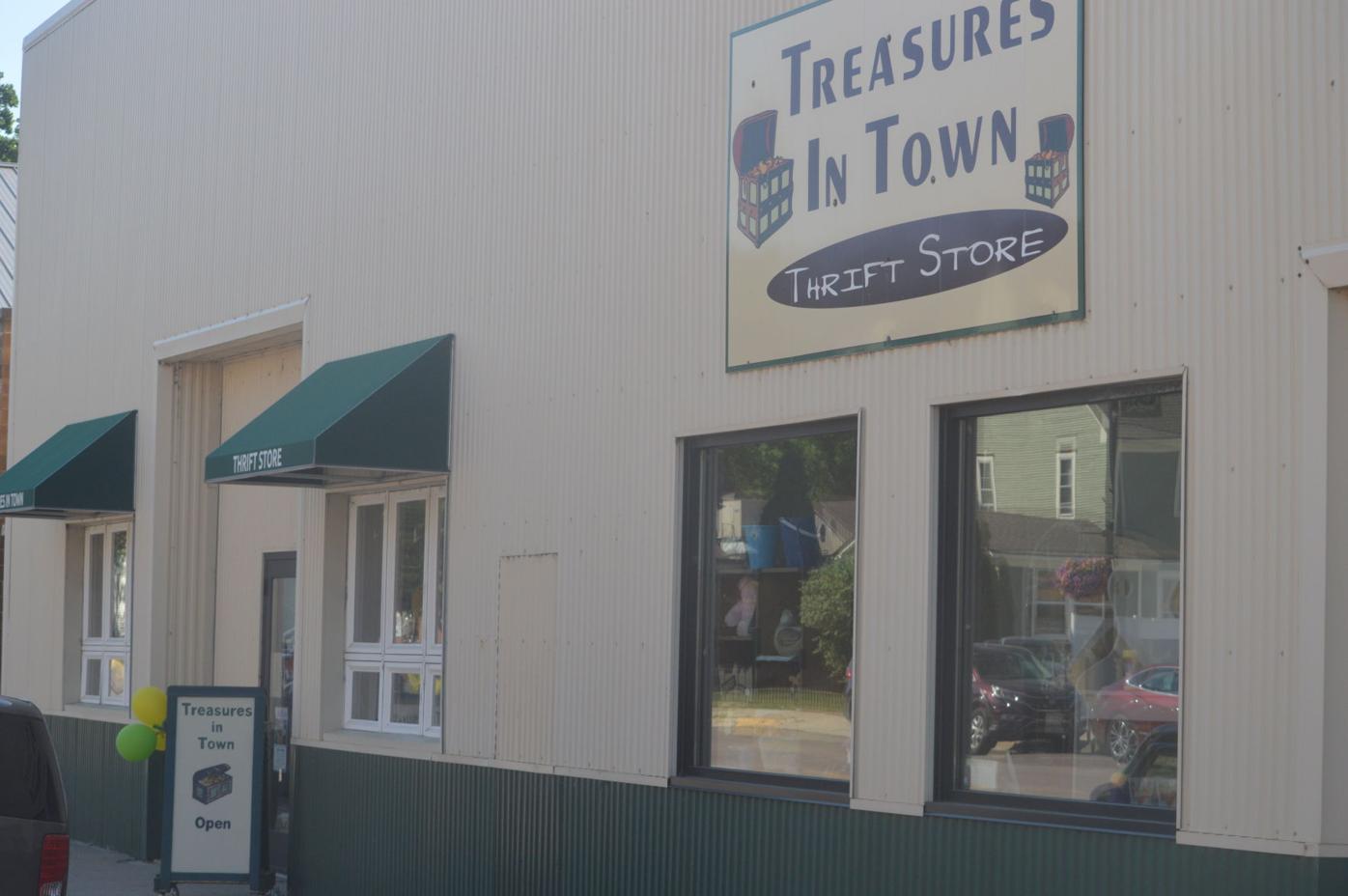 Treasures in Town raised $20,000 for community nonprofits in Le Sueur and Henderson in 2020. In its first year in 2006, the thrift store donated $4,000. (Carson Hughes/southernminn.com) 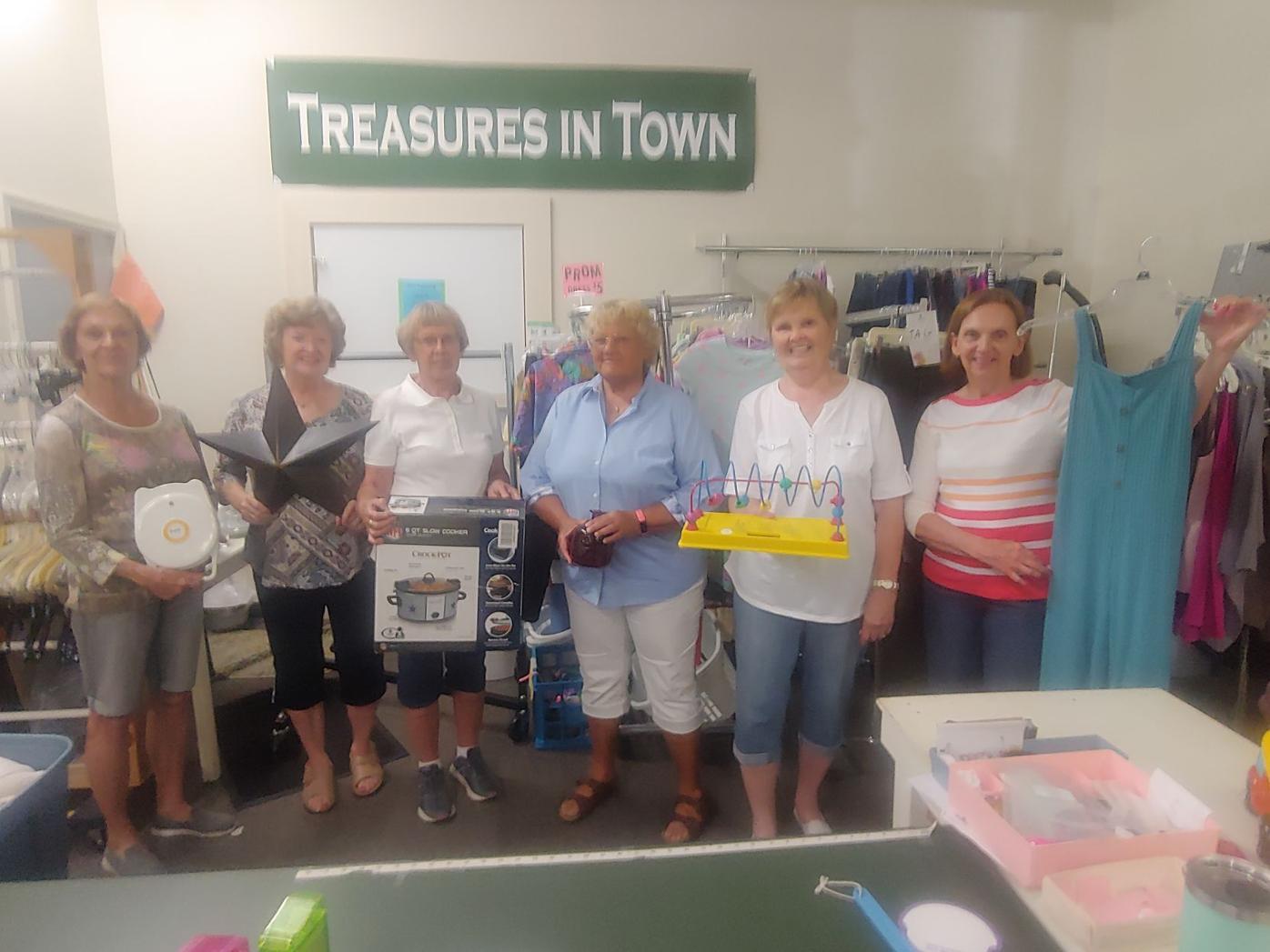 Treasures in Town raised $20,000 for community nonprofits in Le Sueur and Henderson in 2020. In its first year in 2006, the thrift store donated $4,000. (Carson Hughes/southernminn.com)

For 15 years, Le Sueur thrift store Treasures in Town has been supporting local nonprofits with thousands of dollars in annual donations. On June 14, the thrift store celebrated two major milestones — Treasure in Town’s 15th anniversary and over $200,000 donated in support of the community.

Over the years, Treasures has become a treasure of the Le Sueur area — a one stop shop for lightly used clothes, household wares, antiques and miscellaneous items. If it’s in good condition, it can find a place on the store shelf.

But it’s not just the low-priced used goods that makes Treasures in Town important to the community. For every purchase, buyers can be certain their dollars will go toward supporting local nonprofits. Treasures in Town is a routine supporters of organizations in Le Sueur and Henderson, such as the Friends of the Library, police and fire departments, Friends of Rush River, the Le Sueur-Henderson Backpack program. The nonprofit has also contributed funds to recreational events like Music in the Park and to major community projects, like the Le Sueur Dog Park.

“It’s because we have no costs other than our rent and utilities,” said Treasures in Town board member Edrie Barton. “All the staff is volunteer, and because they volunteer all this time and make it work back here, we’re able to give most of it back to the community.”

Each year, Treasures in Town donates thousands of dollars to the community and this latest year contributed $20,000, allowing Treasures in Town to meet and surpass their $200,000 goal for the organization’s 15th anniversary.

The tens of thousands of dollars donated by Treasures in Town annually would have been unthinkable when the thrift store was opened in 2006 by founders Marilyn Erickson, Marlys Olson and Karen Mueller.

The store’s humble origins date back to when the three women were selling reused clothing out of the basement of the Le Sueur hospital. They wanted to raise more money for the community, but a musty hospital basement wasn’t bringing in many customers.

“It was dark and dank and smelled, and it wasn’t very pleasant to shop in, and those three women said ‘There’s got to be a better way,’” said Barton.

The thrift store founders wanted to create a retail space that would be more appealing for customers to visit, so the operation was moved to its current location at 206 S Main St. In the first year of Treasures in Town’s opening, the thrift store gave $4,000 back to the community — more money than the previous operation ever raised.

Encouraged by this success, the founders worked at Treasures in Town every day for the first five years of its life. Over the years, a small volunteer force began splitting shifts to operate the store. Others joined to assist with administration, financing, media relations and more. More than 30 volunteers are now associated with the nonprofit.

Barton, who has been with Treasures in Town for 12 years, said it was the charitable work and the fun shared with fellow volunteers that attracted her to the store.

“It’s the satisfaction of being able to do something for your community,” said Barton. “And it’s fun to work with these volunteers. They know how to have a good time. We keep each other laughing and that’s good. You never know quite what to expect in a day because every day is different.”

Sue Moon, Treasures in Town’s publicist, was inspired by the organization’s promotion of recycling goods and its contributions to the community.

“I think it’s just wonderful,” said Moon. “We get a lot of great donations and reused things and we get to turn it around and it’s recycled — it’s for reuse. And then we get to give those profits right back to the community and what better thing could you do?”

But there was uncertainty Treasures in Town could reach its goal this year due to the COVID-19 pandemic. The nonprofit closed its doors for 14 weeks last year. But when Treasures in Town reopened, Barton said the store received an influx of community support.

“I think during COVID there were a lot of people at home finding out that they didn’t need everything that they had and they donated it to us and we got a lot of donations during those few months,” said Barton.

Reflecting on Treasures in Town’s impact on the community, Barton emphasized that none of it would be possible without the hard work of the volunteers.

“I’m endlessly grateful to the volunteers who show up and do all this work,” said Barton. “It is a lot of work. They sort through the donations, they clean them, they make them sparkle, they press them, they tag them, they get them out on the floor and if they don’t sell, they move them back here and we donate them to other places we can think of. It is just non-stop.”