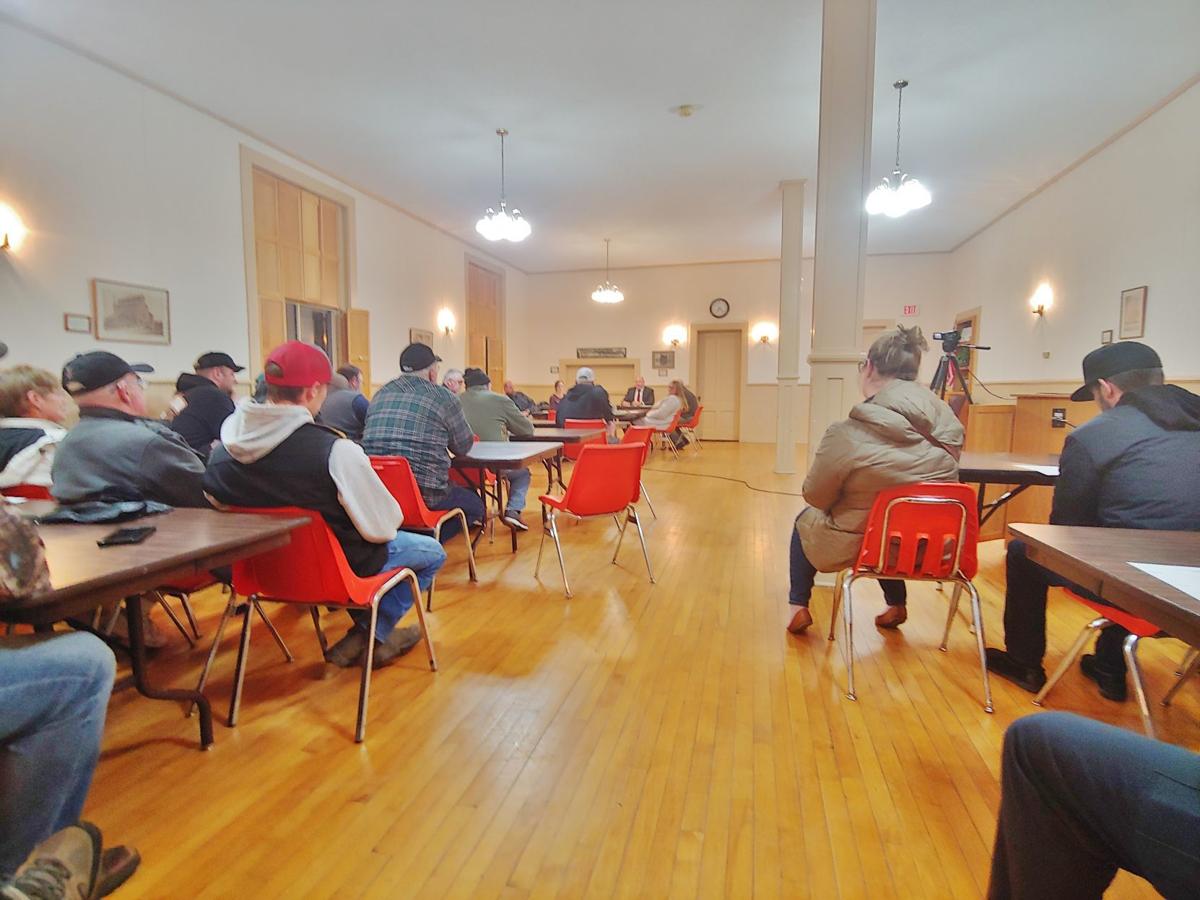 A full house came out to see who would be offered the position of Henderson police chief. At the end of the night, the public pushed the council to make the offer to Dmitri Ikonitski, a former New Orleans officer. (Carson Hughes/Le Sueur County News) 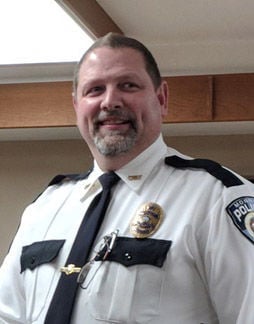 The city of Henderson may have finally found its new police chief.

At a public meeting Thursday, Dec. 5, the Henderson City Council interviewed the final two candidates for the position and ended the night voting to give Dmitri Ikonitski, of Morris, a conditional offer upon the completion of a physical and psychological examination. Ikonitski, who has a depth of policing experience including in a big city, was chosen over Randy Tiegs, who is a Henderson city councilor and fire chief and is the current Cleveland police chief.

While Ikonitski is a Minnesota native, most of his policing experience comes from working 20 years as an officer in New Orleans. He pulled from his experience from working and investigating homicide, robbery, personal violence and juvenile to make the case that he would be prepared for anything.

“If something happens in Henderson, and I’m the chief, I’m going to know how to handle any kind of situation,” Ikonitski told the council and public. One of his major focuses was the topic of crime prevention. “Working high crime areas, the experience gives you a look at the bigger picture and you can recognize signs of crime in the neighborhood.”

As police chief, Ikonitski told the council he expects to be on call 24/7 and that he wouldn’t seek part-time or volunteer positions if he received the position.

Over the course of the interview, Ikonitski was asked how he would handle various situations from medical emergencies to schools to mental health crises. In his answers, the policeman often referred to his prior experiences. With working community events, for example, Ikonitski mentioned working during Mardi Gras and other major events and said he knew how to handle a crowd.

“This is not something new to me,” said Ikonitski. “I actually enjoy working with people and tourists. You just have to keep everybody safe, make people feel safe and welcome and make sure they want to come back and spend their money here.”

When asked on his philosophy to handing out traffic citations, Ikonitski also referenced the need for the community to be welcoming.

“You don’t want to go out and write a bunch of citations for every violation,” said Ikonitski. “People will go to jail for murder, but they will fight to the death over parking tickets … Unless it’s something really bad, you can get away with a warning. Most people in small communities understand that.”

Le Sueur Police Chief Bruce Kelly, who interviewed and collected information on each of the candidates stated that Ikonitski was well liked by his colleagues in Louisiana and was described as “sharp.” The former New-Orleans-based officer also helped the city recover in the aftermath of Hurricane Katrina and speaks three languages.

He wanted the job in Henderson, because he recently returned to Minnesota, and, with a family in tow, he was hoping to find a small community position that might be less hectic than his former big city work.

In the following interview, Tiegs provided a contrast to Ikonitski. While Ikonitski had more years of experience and had worked in a major city, Tiegs made his case based on his existing connections with the Henderson community and his experience working in a small town. As chief, Tiegs stated that the community would be central to his policing strategy.

“My approach would be the same as I have in Cleveland which is community policing and getting involved with the community, attending community events and being proactive,” said Tiegs.

“Randy and I have never liked each other and we’ve never been friends,” Aldrich began. “Everybody who knows us understands that. Having said that, Randy worked for me for nine years. I have never been able to say anything bad about the way he’s done his job, his reports or his ability to interact with citizens. He does a very good job. I don’t know anything about Dmitri, but I do know Randy pretty well. He will give 100% … I think he would add stability to the Police Department, which over the last eight years hasn’t gone so well.”

However, the residents in attendance overwhelmingly opposed giving Tiegs for the position. By a show of hands, a large majority of the public threw their support behind Ikonitski. Some residents were displeased with Tiegs’ conduct toward other police officers while on the council, with one member of the public saying that Tiegs had been disrespectful and demeaning to other officers.

When it came time for the council to deliberate, the councilors were hesitant to make a decision. They pointed out that they had to choose between someone they knew and worked with and someone they had just met, but was well qualified and supported by the public.

“It’s just two very different kinds of candidates,” said Mayor Paul Menne. “You have Randy, who is the Fire Department Chief, who runs a similar organization in Cleveland. It’s as applicable of experience as we’ve ever had apply. Dmitri has depth and breadth to his experience beyond any other applicant that has ever applied. So you really have two extremes.”

Menne also came to Tiegs defense when discussing his behavior toward police officers while on the council.

“I understand the criticism of how he, as a council member, has reacted to our chiefs,” said Menne. “I too have thought about that myself, but at the same time, we’ve also had other council members who have criticized vendors of ours when it’s in their same profession … You know when people are doing it wrong. Randy has had the humility to be vocal and try to correct that. And while his approach is not necessarily one I would take, I try to think back on critiques he’s given that were wrong and that I struggle with.”

He also examined Ikonitski’s experience and noted that Ikonitski had been responsive to the public during the interview.

“One of the things I liked about Dmitri is that after we moved him over here and got on to question three, he didn’t look at me; he looked at the people,” said Menne. “And I loved that. That was freaking awesome, because ultimately that’s who he’s going to be working with and for.”

After comparing the two candidates, the council ultimately came down on the side of the public with Councilor Janet Goese motioning to offer the position to Ikonitski.

“I respect Randy. I know he has what it takes to do a good job here,” said Goese. “However, I was written in and elected by our community … and I will have to go with the community, because that is what I was elected to do.”