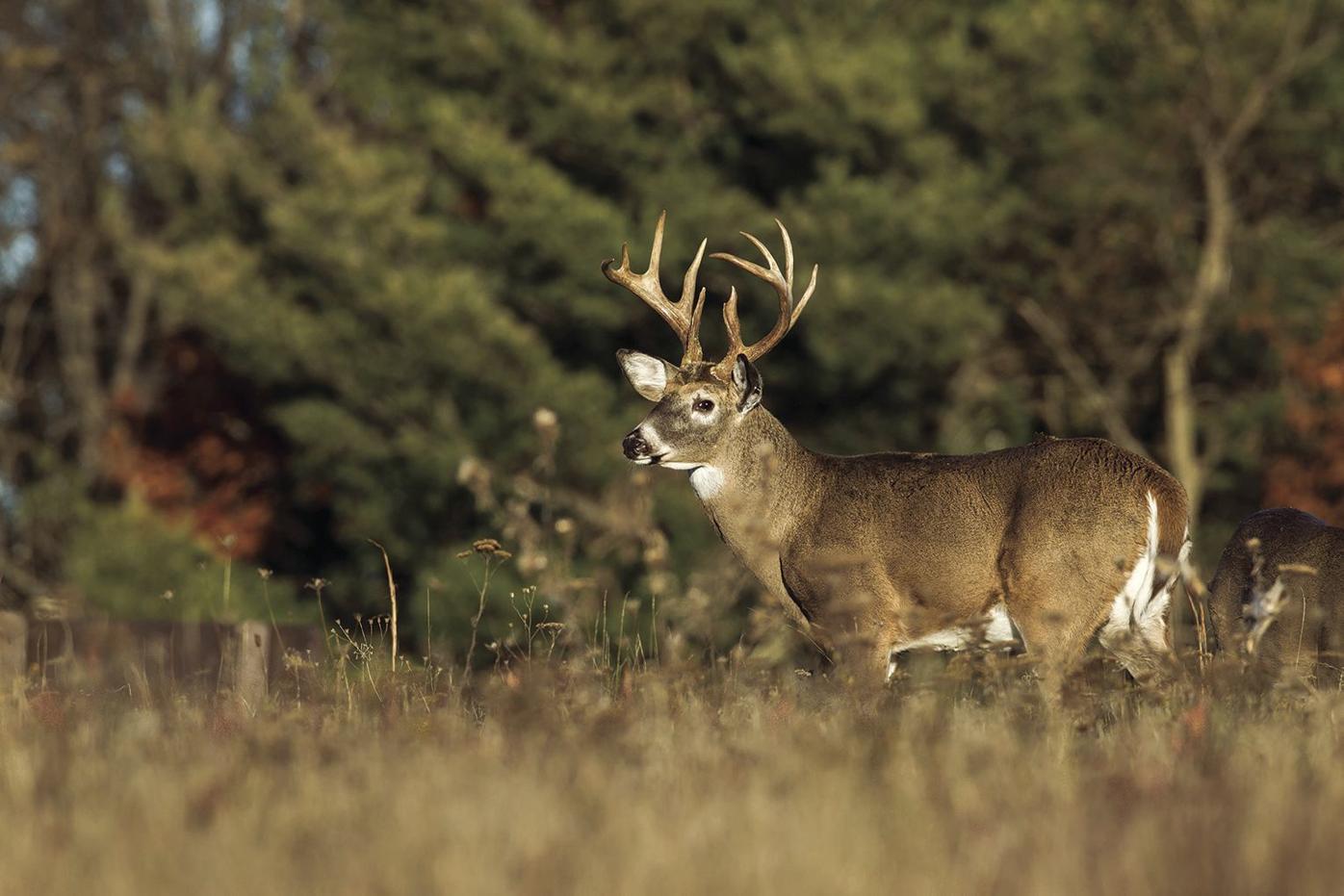 The Minnesota DNR has established a Chronic Wasting Disease Zone locally after a deer infected with the deadly disease was found in Dakota County. (Metro Creative Images) 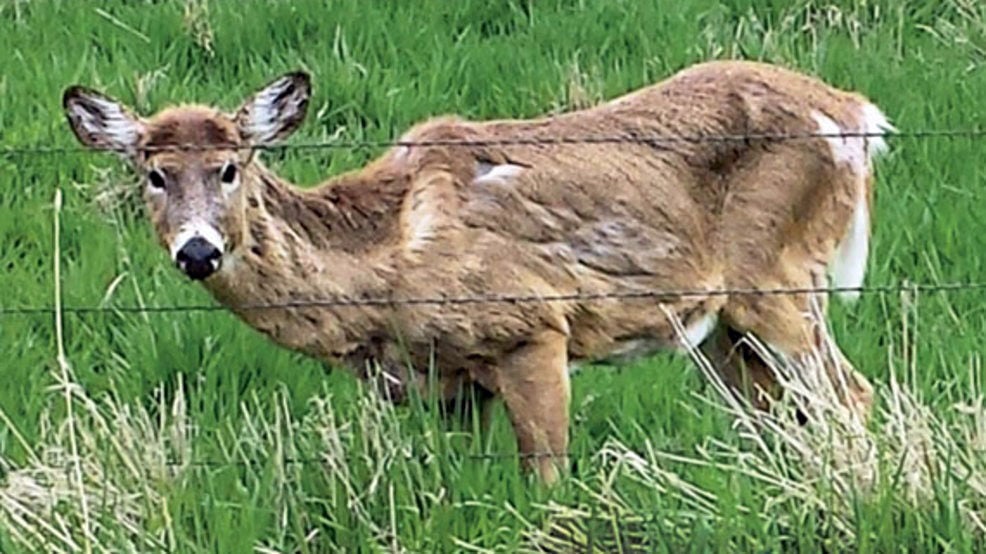 This emaciated deer in Iowa County, Wis., was later confirmed to have chronic wasting disease. Most animals that carry the disease look healthy; it’s only in the final stages of the disease when they become sickly looking. (Wisconsin DNR photo) 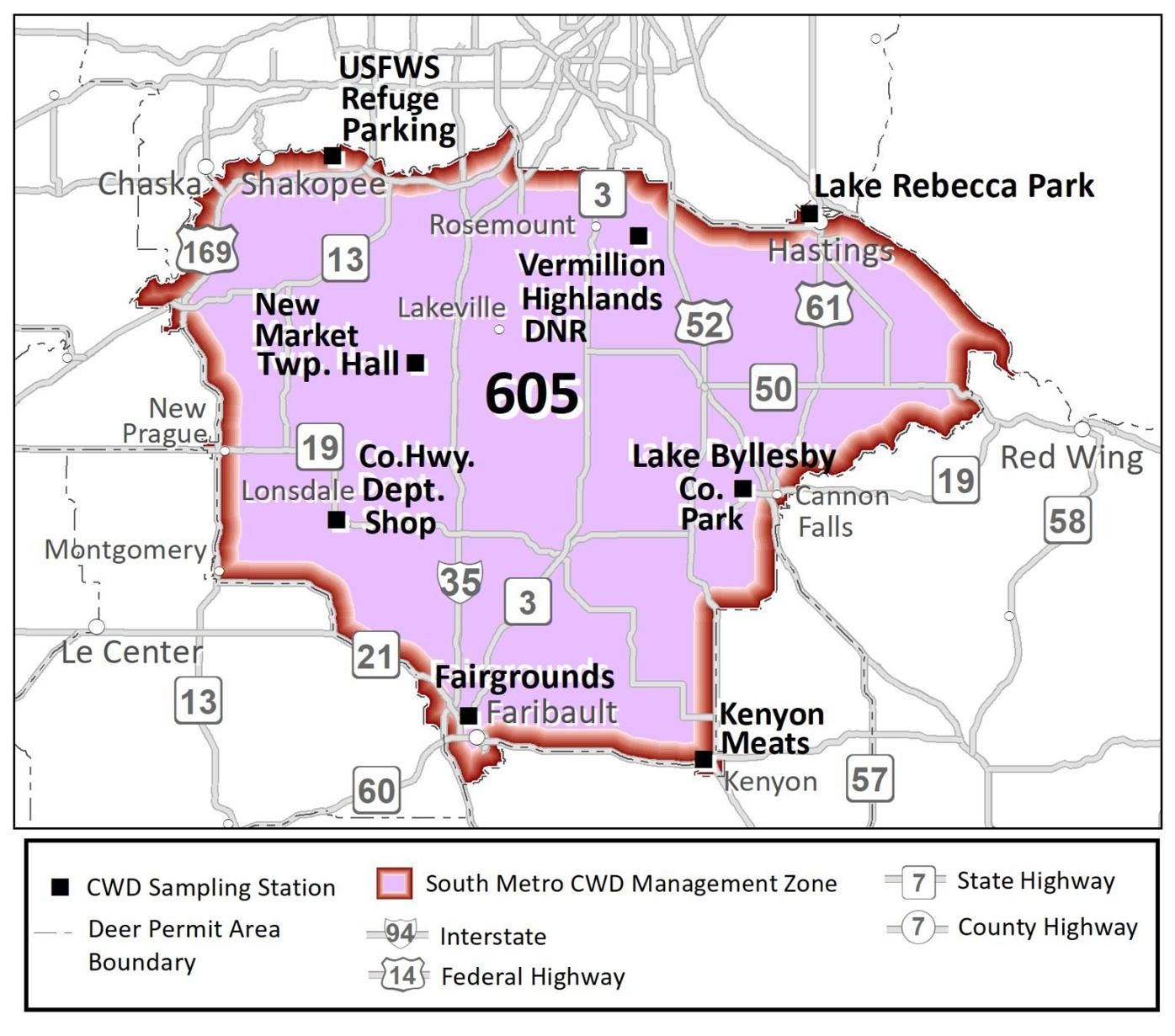 The Minnesota DNR has established a Chronic Wasting Disease Zone locally after a deer infected with the deadly disease was found in Dakota County. (Metro Creative Images)

This emaciated deer in Iowa County, Wis., was later confirmed to have chronic wasting disease. Most animals that carry the disease look healthy; it’s only in the final stages of the disease when they become sickly looking. (Wisconsin DNR photo)

Local hunters can expect local regulation changes this fall after a deer infected with chronic wasting disease was discovered in the wild in Dakota County.

In response to the discovery, the Minnesota Department of Natural Resources has created a Chronic Wasting Disease Zone that includes most of Dakota, Rice and Scott counties, and small portions of Goodhue and Le Sueur counties.

The new boundary dramatically alters local hunting zone boundaries, cutting through the heart of Rice County. Everything north of Hwy. 60 from Kenyon to Faribault and northwest of Hwys. 11 and 21 from Faribault to Montgomery is included in the new zone.

The new zone comes with additional hunting opportunities as well as responsibilities. The firearm season will last for two weeks rather than just the typical one, with a season A from Nov 7 to 15 and a season B from Nov. 21 to 29. Hunters can also harvest an unlimited number of antlerless deer by purchasing an unlimited number of disease management permits for $2.50. However, they’re still limited to just one buck per hunter per year.

The relaxation on hunting restrictions is designed to reduce the size of local herds, thus limiting possibilities for transmission. In the long term of course, that policy will lead to fewer and younger deer in the wild, as compared to an entirely healthy area.

With those opportunities come responsibilities. Strict carcass restrictions have been put into effect, given the risk of spreading the disease by disposing of infected carcasses in a non-infected area.

To stay in line with those restrictions, testing facilities as well as dumpsters are available. Mandatory testing has been scrapped due to the pandemic, but it’s encouraged and hunters are only allowed to transport a carcass out of the area if the carcass tests negative for CWD.

The DNR’s Barb Keller said that it’s the first time a deer infected with CWD has been discovered in the south metro area. CWD has become something of an epidemic in the southeast corner of the state, with 86 cases found in the wild.

According to Keller, the deer was reported by the public after exhibiting classic CWD symptoms such as stumbling and a lack of fear of people. It was euthanized and on March 13, test results indeed came back positive for CWD.

Currently, effectively everything south and east of Kasson is included in an area known as the Southeast CWD Management Zone. Along with neighboring portions of Iowa and Wisconsin, it’s one of the most disease-ridden areas in North America. A 600 zone is also in effect in the Brainerd area, after an infected deer was found there in the wild last year. As with the South Metro CWD Management Zone, only one case has been discovered, with testing of more deer in the area coming up empty.

Keller said that if a three years pass without any further detection of CWD in a zone, the DNR could re-evaluate and potentially relax its surveillance strategy. In the meantime though, the DNR needs help from hunters and landowners.

With robust support from area landowners, Keller said it may well be possible to nip the disease in the bud before it becomes widespread. She said that eradication has been achieved successfully in a handful of locales.

In Olmsted County, for example, a wild deer was discovered in close proximity to an CWD-positive captive elk facility. Aggressive surveillance policies were implemented to reduce the spread of the disease and no further cases were detected.

However, successful eradication is rare and extremely difficult. Deer are social animals and the disease spreads easily, and symptoms can take 1.5 to 3 years to manifest, leaving the deer plenty of time to spread it while feeling seemingly healthy.

Once the symptoms do hit, CWD is always fatal and no known treatment or vaccine has been discovered. According to the CDC, it’s not known to be linked to any neurological disease in humans, but the organization still urges hunters not to consume meat from an infected animal.

Once the disease reaches widespread levels, as has occurred in southeast Minnesota, eradication may no longer be possible. In that case, the strategy changes from outright eradication to disease management and containment.

Although firearms hunting season doesn’t start until November, the DNR had an online meeting to discuss the issue on Sept. 15. Local hunter Nathan Cram said that although he doubts the disease will affect his hunting season much, he would attend the meeting.

Cram said he’s used to hunting in areas with CWD and has never had a significant issue. He said he hopes that the DNR doesn’t eventually resort to bringing in sharpshooters to cull the herds, something that has occurred in other places.

“I don’t like when they try to eliminate a whole herd,” he said.

Eight voluntary deer testing stations have been established throughout the Chronic Wasting Disease Zone. Locally, they include the Rice County Farigrounds, at 1814 Second Ave., Faribault; Rice County Highway Department Shop at 110 Fifth Ave. NW, Lonsdale; and Kenyon Meats at 116 Spring St., Kenyon. A full list can be found on the DNR's website, bit.ly/33ztrzM.