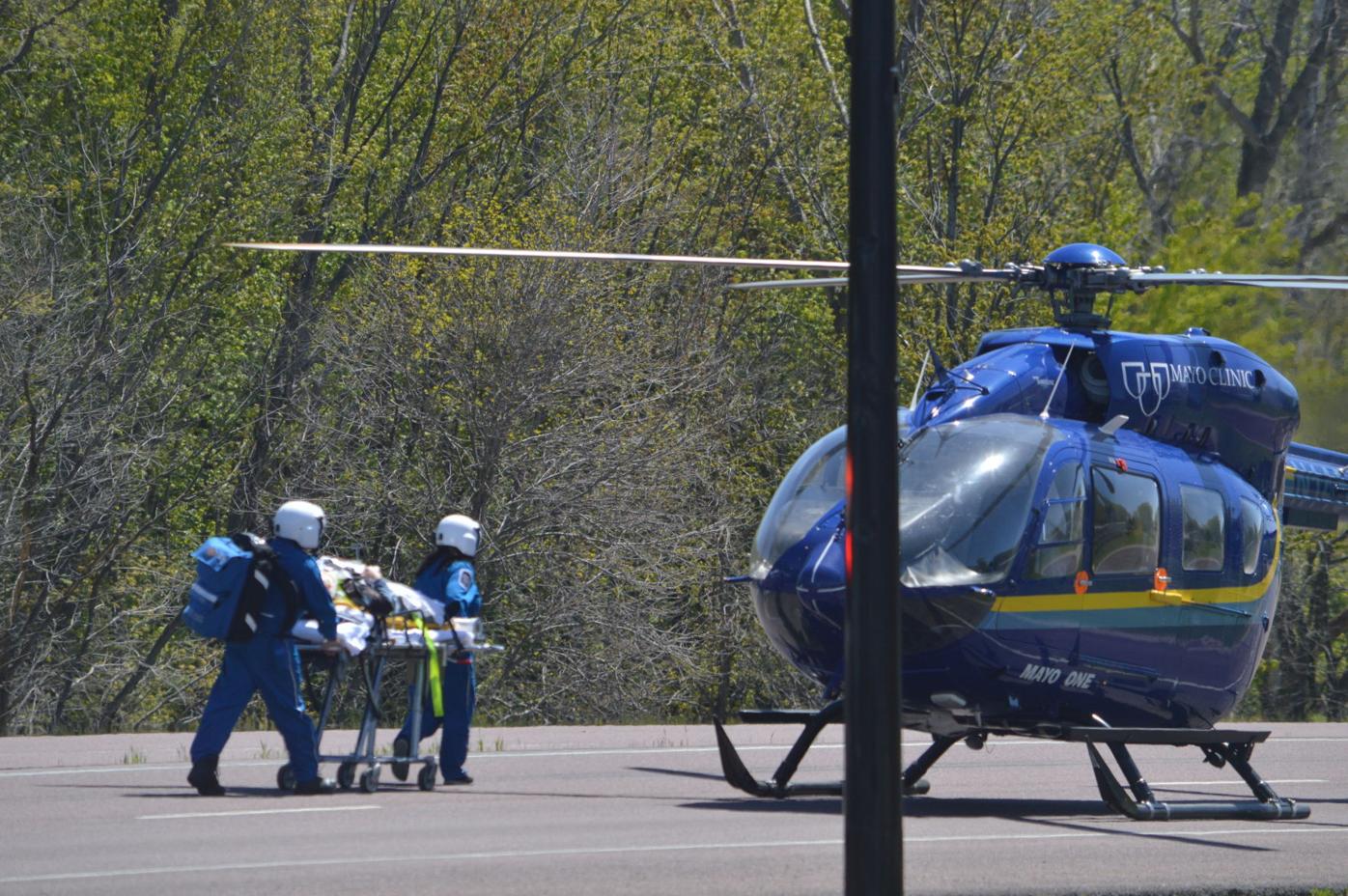 Emergency services had to transport at least one person injured in a broadside collision May 11 on Hwy. 169 in St. Peter to a Mayo Clinic emergency helicopter. (Carson Hughes/southernminn.com) 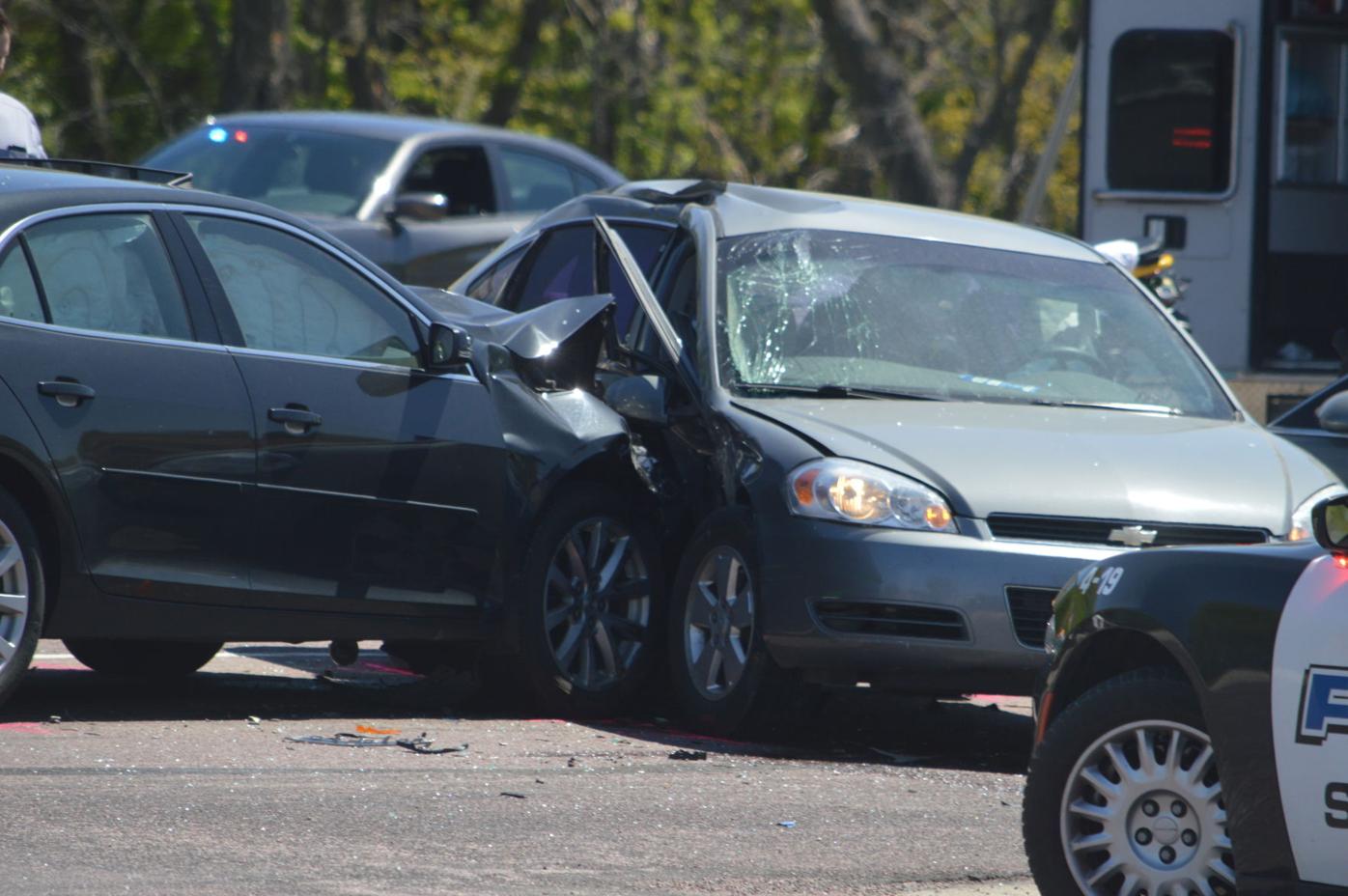 A black Chevrolet and grey Chevrolet were involved in a broadside collision near the St. Julien Street turn lane on southbound Hwy. 169 Tuesday, May 11. (Carson Hughes/southernminn.com) 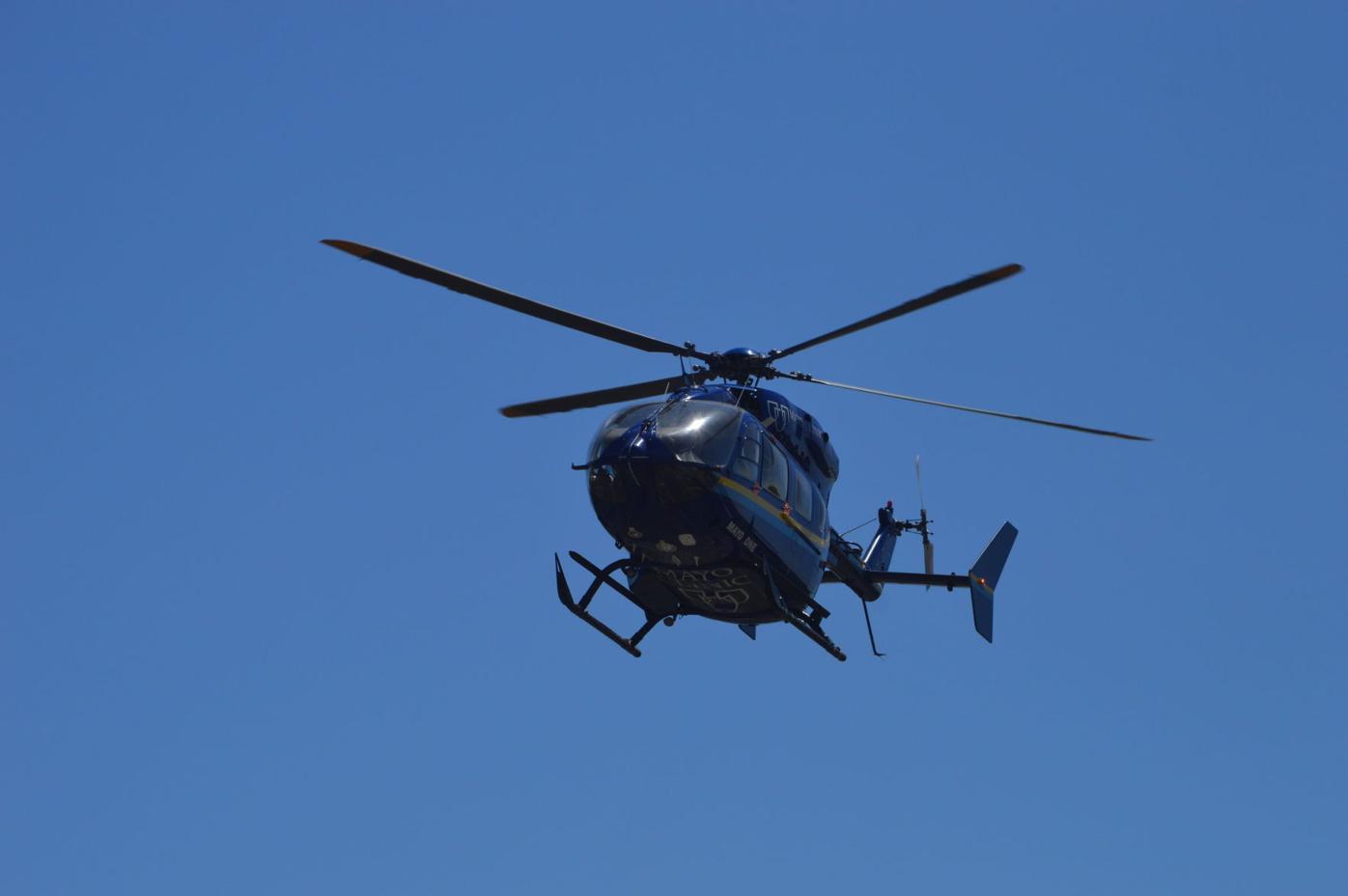 An emergency Mayo Clinic Helicopter transports an injured person from the scene of a broadside collision on Hwy. 169 in St. Peter Tuesday, May 11. (Carson Hughes/southernminn.com) 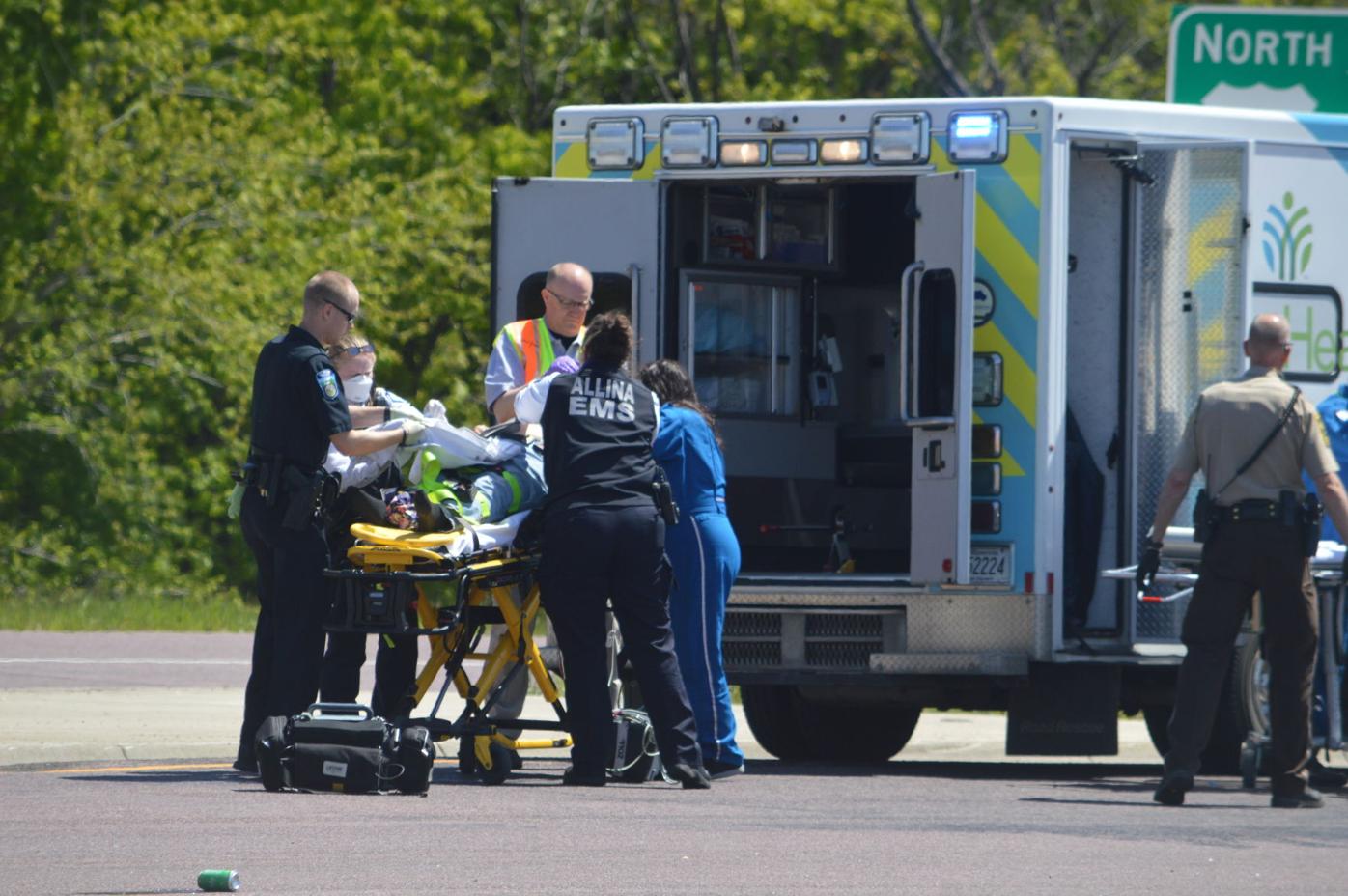 Emergency services attends to a victim of a car crash on Hwy. 169; the victim was eventually moved into a helicopter for transport. (Carson Hughes/southernminn.com)

One person was evacuated by emergency helicopter after a broadside collision on southbound Hwy. 169 near the intersection with St. Julien Street in St. Peter.

Sharon Lee Nagel, 75, of Belle Plaine, was driving the Impala and sustained non-life threatening injuries from the crash. Nagel was not wearing a seatbelt. Mikayla Josephine Dolan, 26, of St. Paul, was driving the Malibu and was uninjured.

The Nicollet County Sheriff's Office, St. Peter Police Department and Ambulance responded to the scene. One victim was seen taken from the crash site by a Mayo Clinic emergency helicopter.

St. Peter police had closed off the south lanes of 169 around the crash site Tuesday afternoon.