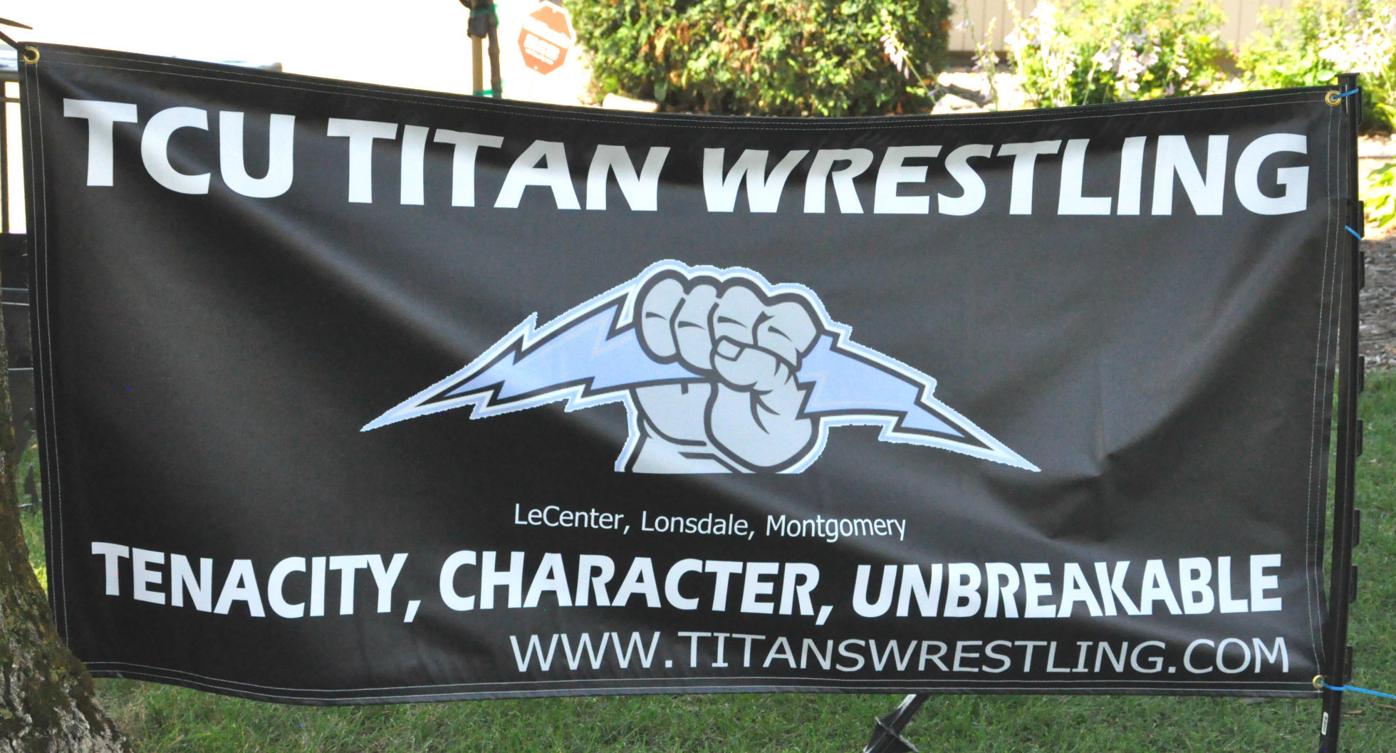 All money raised from the annual golf tournament is used to fund uniforms and tournaments for all levels of Titan wrestling. (Ashley Murtha/Le Center Leader)

All money raised from the annual golf tournament is used to fund uniforms and tournaments for all levels of Titan wrestling. (Ashley Murtha/Le Center Leader)

Though wrestling and golf are two very different sports, wrestlers turned out in droves for the fourth annual Wrestling Golf Tournament fundraiser.

There were 29 teams signed up to participate in the event which is almost at capacity for the Montgomery National Golf Course.

“It’s about as full as a golf course can get,” said Greg McKush, the new owner of the Montgomery National Golf Course.

All 29 teams were comprised of four golfers and played the 18-hole tournament. Each team also got a dinner, provided by the Little Dandy, following the tournament.

Funds raised from the tournament will go to all levels of wrestling in the Tri-City United district. According to TCU assistant coach Corey Block, the youth teams mainly use their funds for tournament registration fees; the traveling teams use the funds for uniforms and tournaments, and the high school mainly uses them for the Redwood River Riot tournament.

Besides the golf tournament, there was also a silent auction with a variety of items like St. Paul Saints and Minnesota Twins tickets, a couple of bean bag games, some adult beverage baskets, as well game-worn autographed shoes from Tyus Jones of the Minnesota Timberwolves.

But the main attraction again was the 60” LED TV for which the organizers hosted a putting competition.

After everyone finished their golf holes, participants all went straight over to the putting green to take their chance at the TV. After the first round of putting, there were six golfers who had one-putted in the challenge.

Each of them then took their turn in the putt-off and, finally, Marco Reyes was determined the winner and got to take the TV home.