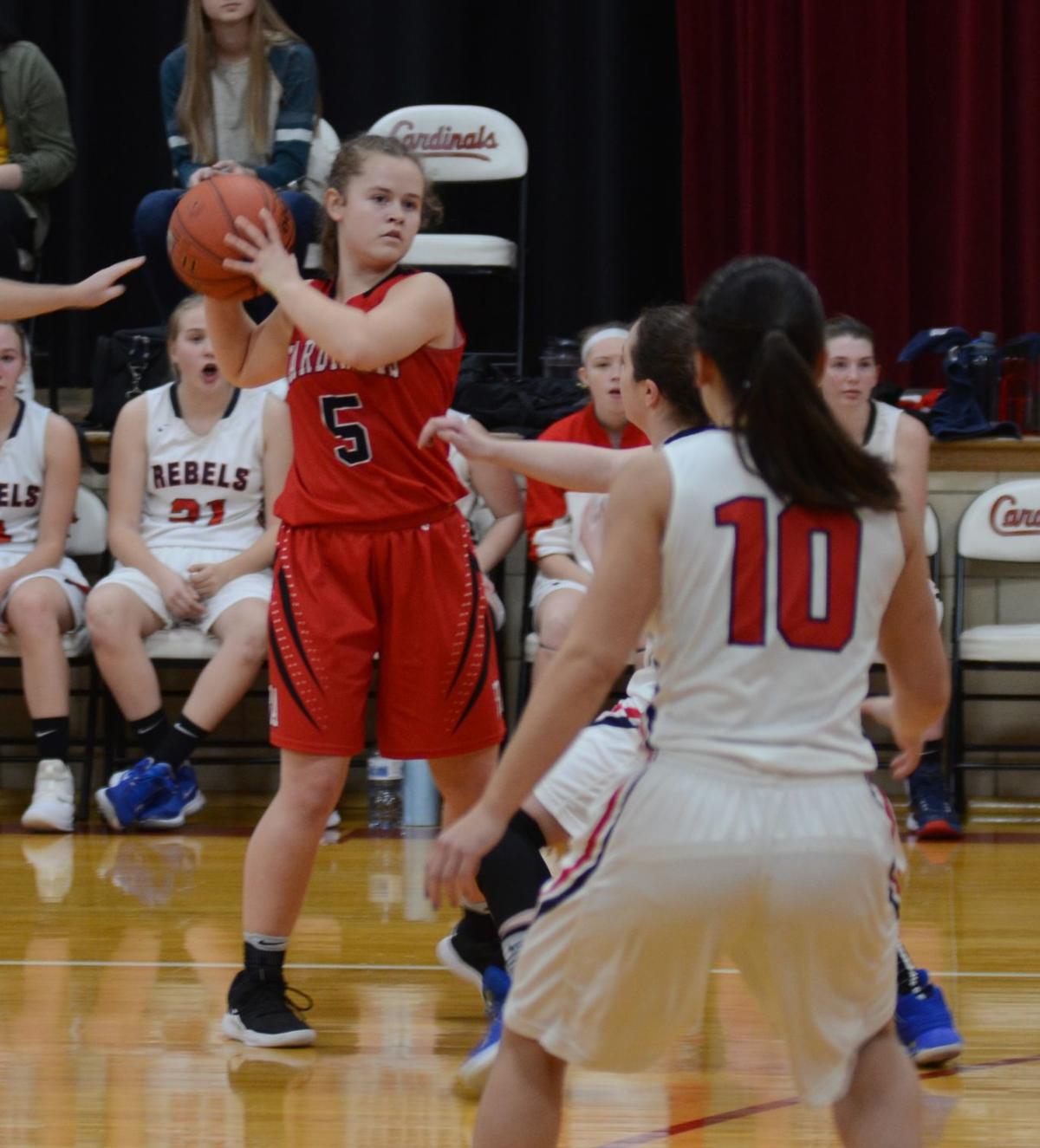 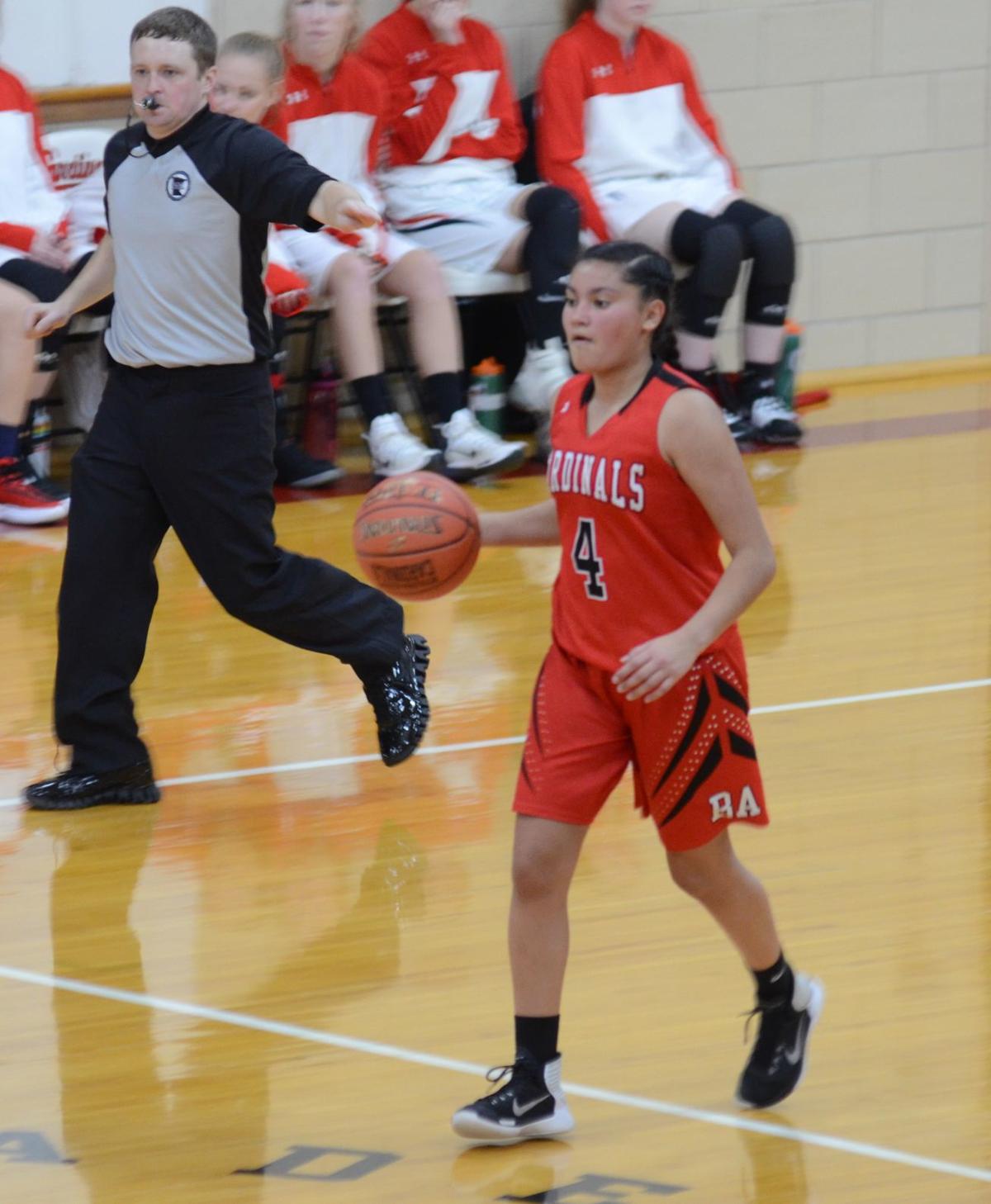 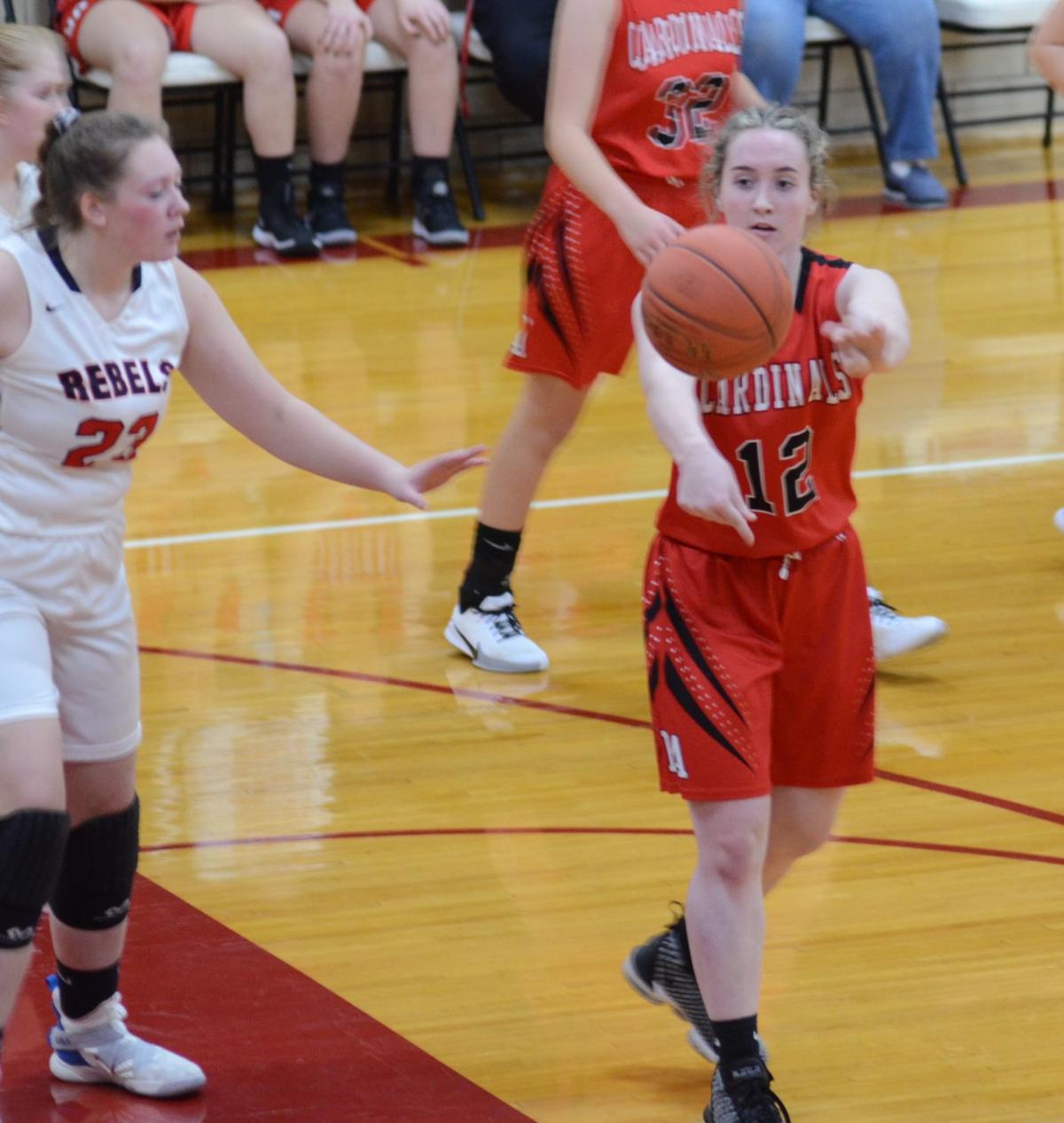 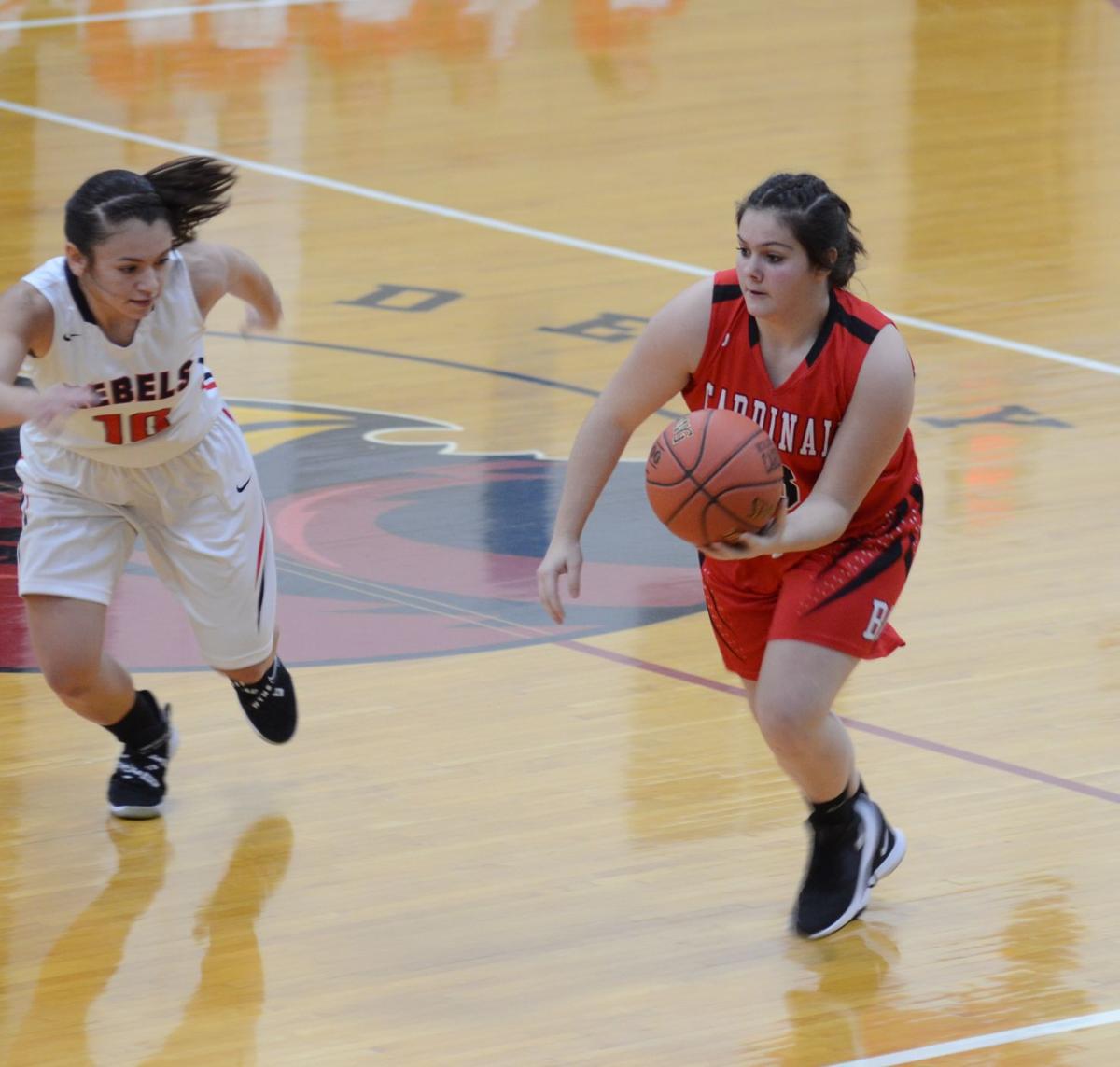 The Cardinals' Katie Seidel makes a move past a USC defender. Bethlehem Academy used a 12-0 mid-game run to secure its first victory of the season on Tuesday. (Jason Hommes/Faribault Daily News)

The Cardinals' Katie Seidel makes a move past a USC defender. Bethlehem Academy used a 12-0 mid-game run to secure its first victory of the season on Tuesday. (Jason Hommes/Faribault Daily News)

The Bethlehem Academy girls basketball team was still searching for its first win of the season Tuesday when it hosted United South Central.

Well, the Cardinals are searching no longer, as they overcame a slow start to pull away from United South Central, winning by a score of 49-38.

The Cardinals (1-3) got off to a bit of a sluggish start on offense, but their defense kept the Rebels (0-2) in check for most of the game. Bethlehem Academy built a slim 19-15 lead late in the first half before USC tied things up at 19-19 with one minute, 30 seconds left to play before halftime. The Cardinals then made a field goal and added a free throw in the closing seconds of the first half to lead 22-19 at the intermission.

“We gave them (the Rebels) a few different looks at the end of the first half and then we changed a few things going into halftime just so that our girls were more focused on their defense than on offense, because I think our defense is going to feed our offense in a lot of ways,” Bethlehem Academy coach Scott Trump said. “We didn’t make any major changes, but we just made a few different adjustments to our rotation on the back side and it seemed to help us get on a little bit of a run to start the second half.”

Trump said one of Bethlehem Academy’s philosophies is that the first three or four minutes of the second half can often end up being the most important stretch of the game.

“In my mind those few minutes can set the tone for how the game is going to finish, which gives you an opportunity to win the game by pulling away or having a grind-it-out kind of a game,” he said, “and I think we set the tone the right way in the first three to four minutes of the second half.”

The Cardinals got a big game from Mercedes Huerta, who led the team with 19 points. Malia Hunt finished with eight and Reagan Kangas scored seven. Lindsay Hanson contributed 10 rebounds while Kate Trump had six and Kangas nabbed four. Huerta also had three blocks in the game and six steals. As a team the Cardinals finished with 14 steals compared to only 12 turnovers.

Bethlehem Academy made 14 of 24 (58%) free throw attempts and shot 33% from the field. Trump was happy with the win, but he also knows there’s plenty of room for improvement.

“It was a nice win, but it didn’t feel like our best effort,” Trump said. “We can play better than we did, and we will yet, but we’re still trying to figure a few things out as far as our rotations go.”

Trump acknowledged some of the Cardinals’ defensive rotations were a little off and occasionally a bit mixed up, and explained it was because they were trying a few different combinations when it came to the players they had out on the court.

USC never caught up after the first few minutes of the second half. The Rebels did manage to narrow the Cardinals’ lead to single digits, but USC never mounted a serious threat the rest of the way.

Bethlehem Academy improved its record to 1-3 overall and 1-1 in the Gopher Conference. The Cardinals’ next game is at Triton on Thursday night.

Sports reporter Jason Hommes can be reached at 507-333-3119. Follow him on Twitter @FDNjason. ©Copyright 2019 APG Media of Southern Minnesota. All rights reserved.