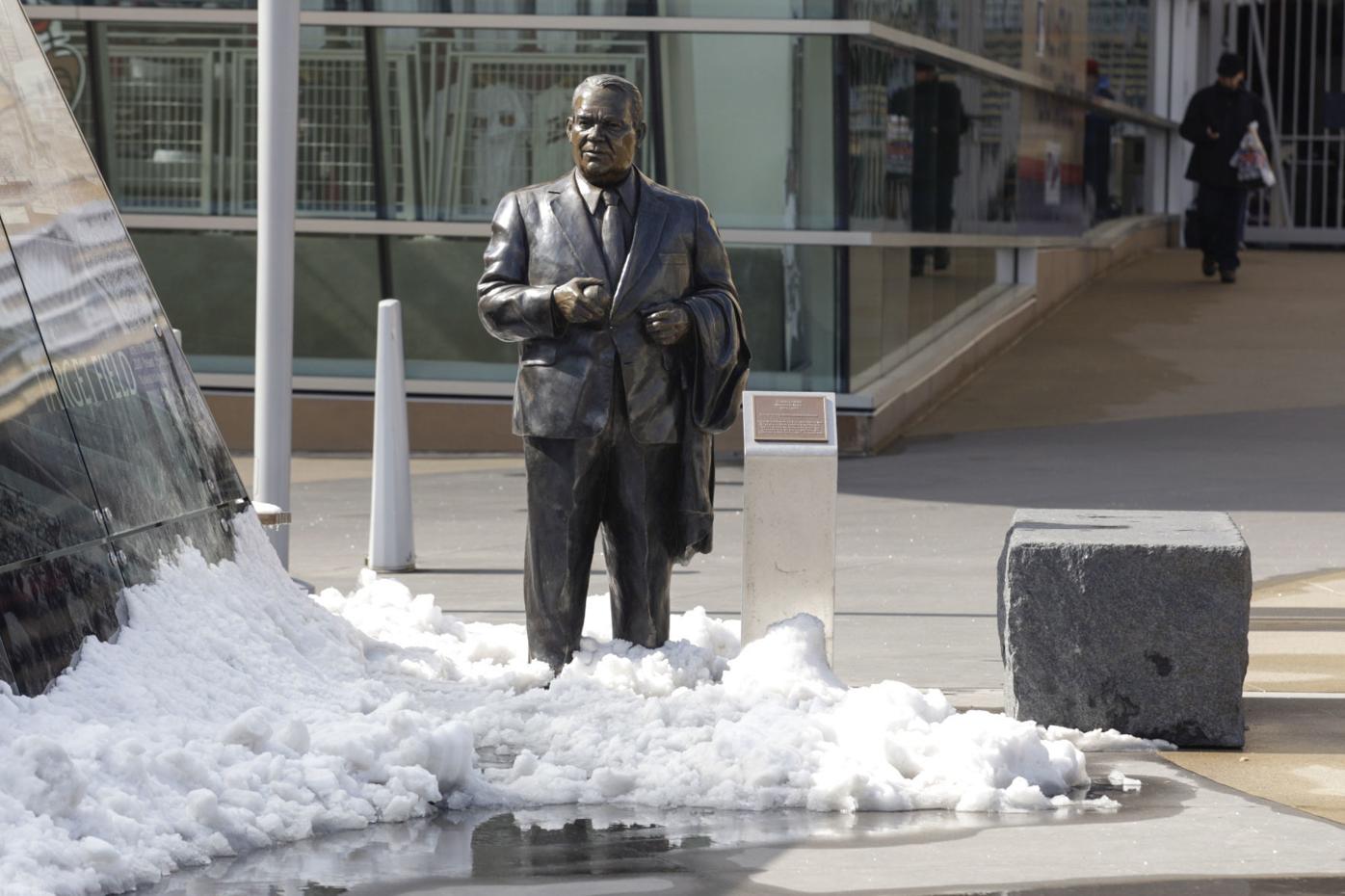 FILE — In this April 17, 2014, file photo, a statue of former Twins’ owner Calvin Griffith stands in the snow outside Target Field before a baseball game between the Minnesota Twins and the Toronto Blue Jays in Minneapolis. The Twins say they’ve removed a statue of former owner Calvin Griffith at Target Field, citing racist remarks he made in 1978. (AP Photo/Paul Battaglia, File) 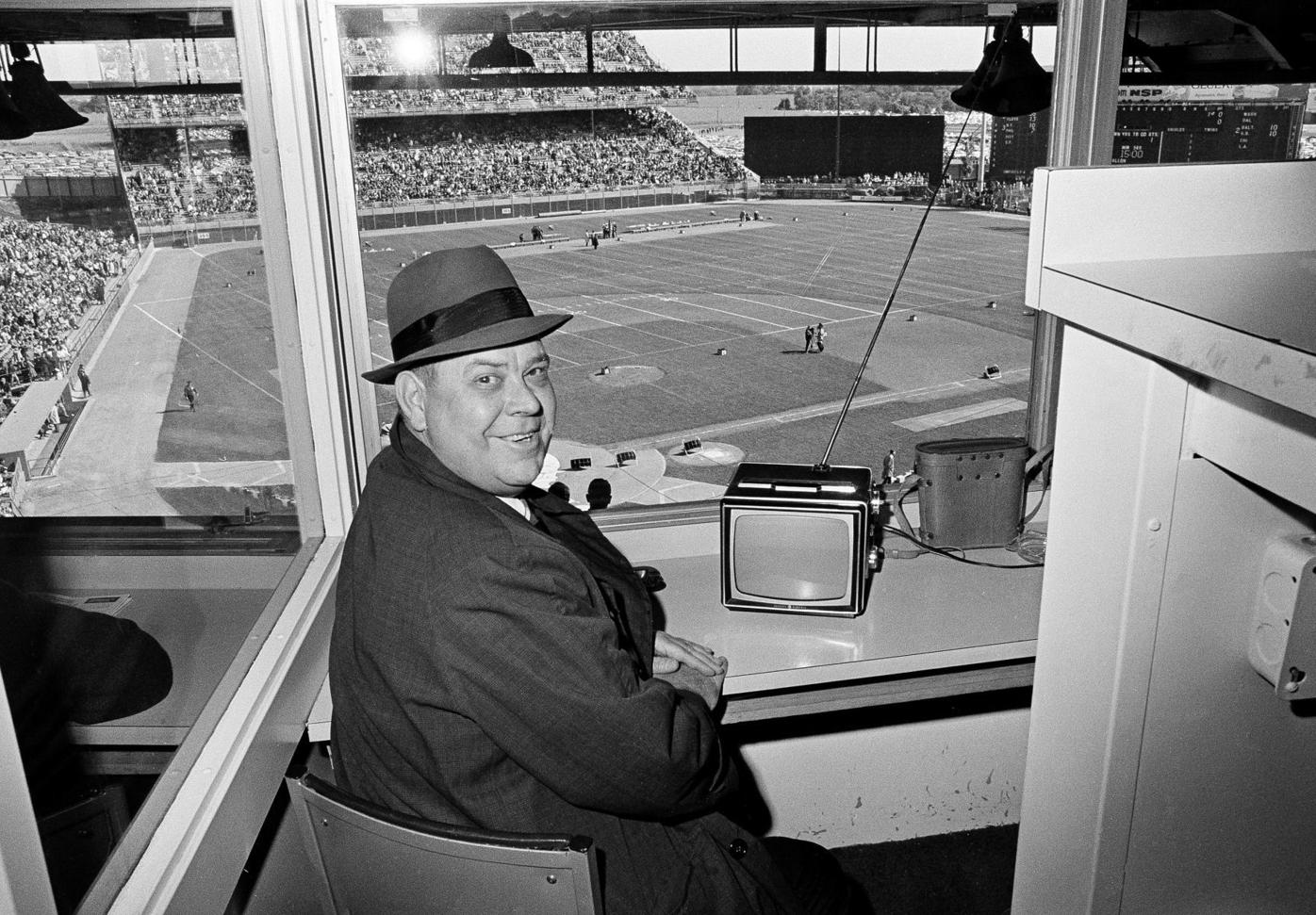 FILE — In this April 17, 2014, file photo, a statue of former Twins’ owner Calvin Griffith stands in the snow outside Target Field before a baseball game between the Minnesota Twins and the Toronto Blue Jays in Minneapolis. The Twins say they’ve removed a statue of former owner Calvin Griffith at Target Field, citing racist remarks he made in 1978. (AP Photo/Paul Battaglia, File)

The Minnesota Twins announced Friday that the organization removed a statue of former owner Calvin Griffith from outside Target Field.

Griffith made racist remarks in 1978 at a Waseca Lions Club meeting, saying he moved the team from Washington, D.C., because Minnesota didn’t have many black people.

The announcement comes on Juneteenth, the annual commemoration of the end of slavery.

“Our decision to memorialize Calvin Griffith with a statue reflects an ignorance on our part of systemic racism present in 1978, 2010 and today. We apologize for our failure to adequately recognize how the statue was viewed and the pain it causes for many people — both inside the Twins organization and across Twins Territory. We cannot remove Calvin Griffith from the history of the Minnesota Twins, but we believe removal of this statue is an important and necessary step in our ongoing commitment to provide a Target Field experience where every fan and employee feels safe and welcome.

“Past, present or future, there is no place for racism, inequality and injustice in Twins Territory,” the club said in a statement.

The decision comes in the wake of the killing of George Floyd in Minneapolis, along with the killing of Rayshard Brooks in Atlanta and several other high profile killings of blacks by police.

Nick Coleman, a former Star Tribune reporter and Pioneer Press columnist reported on the event and captured the infamous quote from Griffith.

“I’ll tell you why we came to Minnesota,” Griffith said. “It was when I found out you only had 15,000 blacks here. Black people don’t go to ball games, but they’ll fill up a rassling ring and put up such a chant it’ll scare you to death. It’s unbelievable. We came here because you’ve got good, hardworking, white people here.”

The comments sparked controversy immediately with players and those in the community. First baseman Rod Carew prepared to leave the stadium in Kansas City, where the Twins were playing, after hearing about Griffith’s comments, according to the Star Tribune. Carew later spoke out about the comments.

“I will not come back and play for a bigot,” Carew told the Star Tribune. “I’m not going to be another n--- — on his plantation.”

Griffith later tried to walk back his comments.

“What the hell, racism is a thing of the past,” Griffith said. “Why do we have colored ballplayers on our club? They are the best ones. If you don’t have them, you’re not going to win.”

Many called on Griffith to sell the team following his remarks but he did not do so until 1984. Carew, inducted into the Hall of Fame in 1991, was traded to the Los Angeles Angels before the 1979 season.

“I have long forgiven Cal for his insensitive comments and do not believe he was a racist,” Carew said. “That was not my personal experience with Calvin Griffith — prior to or following that day in 1978.”