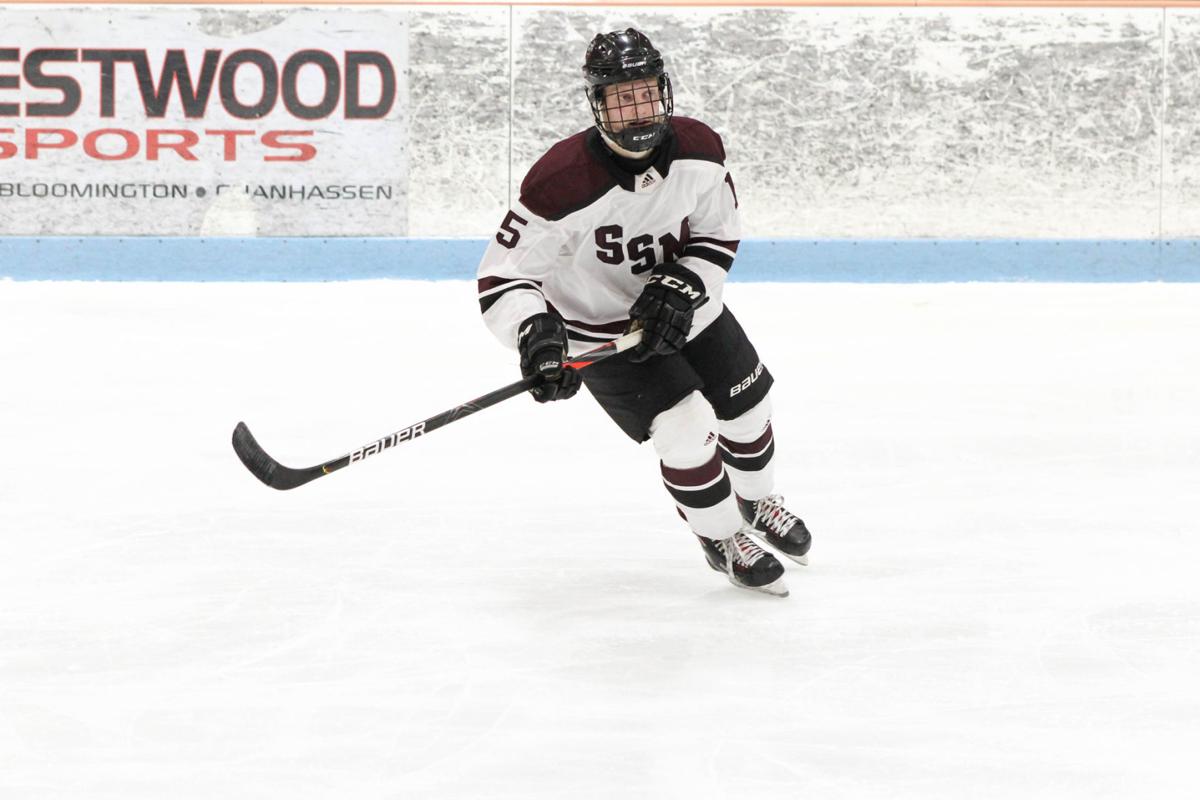 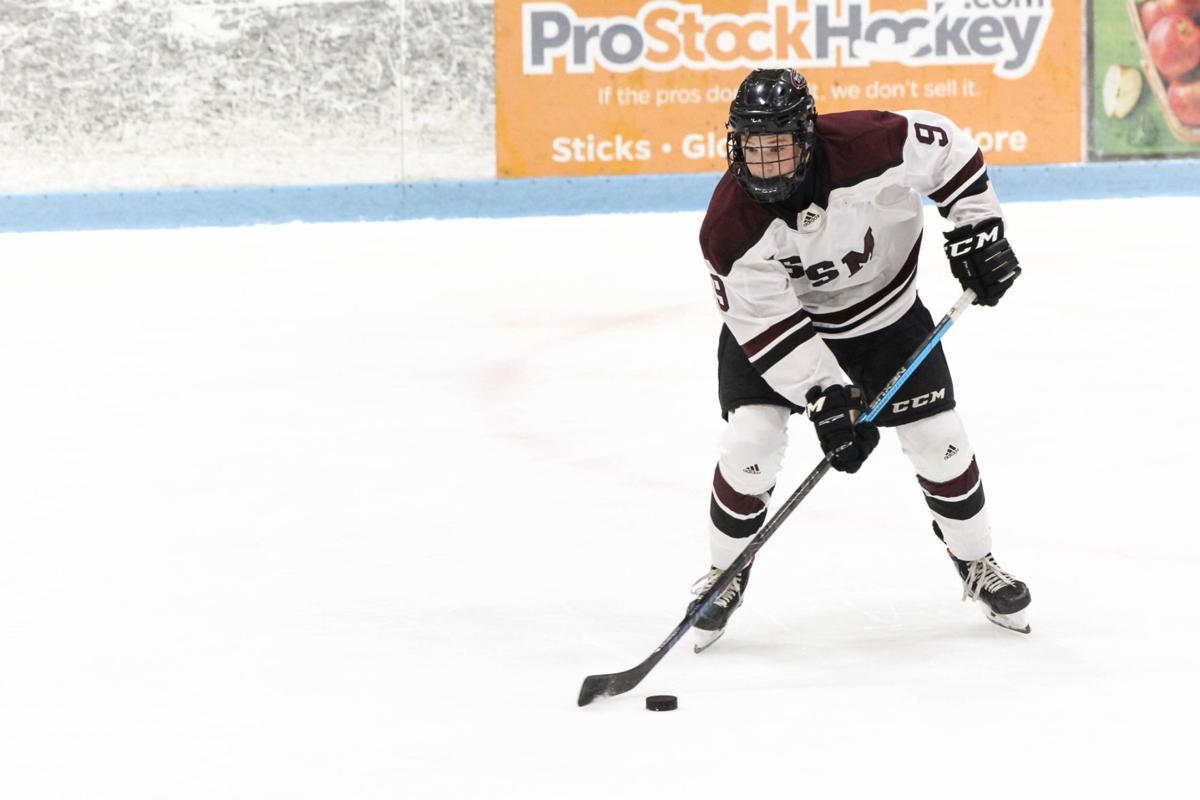 Shattuck-St. Mary’s forward Jackson Reineke skates with the puck. Reineke, a Faribault native, had a breakout year for the Sabres with friend and teammate David Nesburg. (Photo courtesy of Shattuck-St. Mary’s) 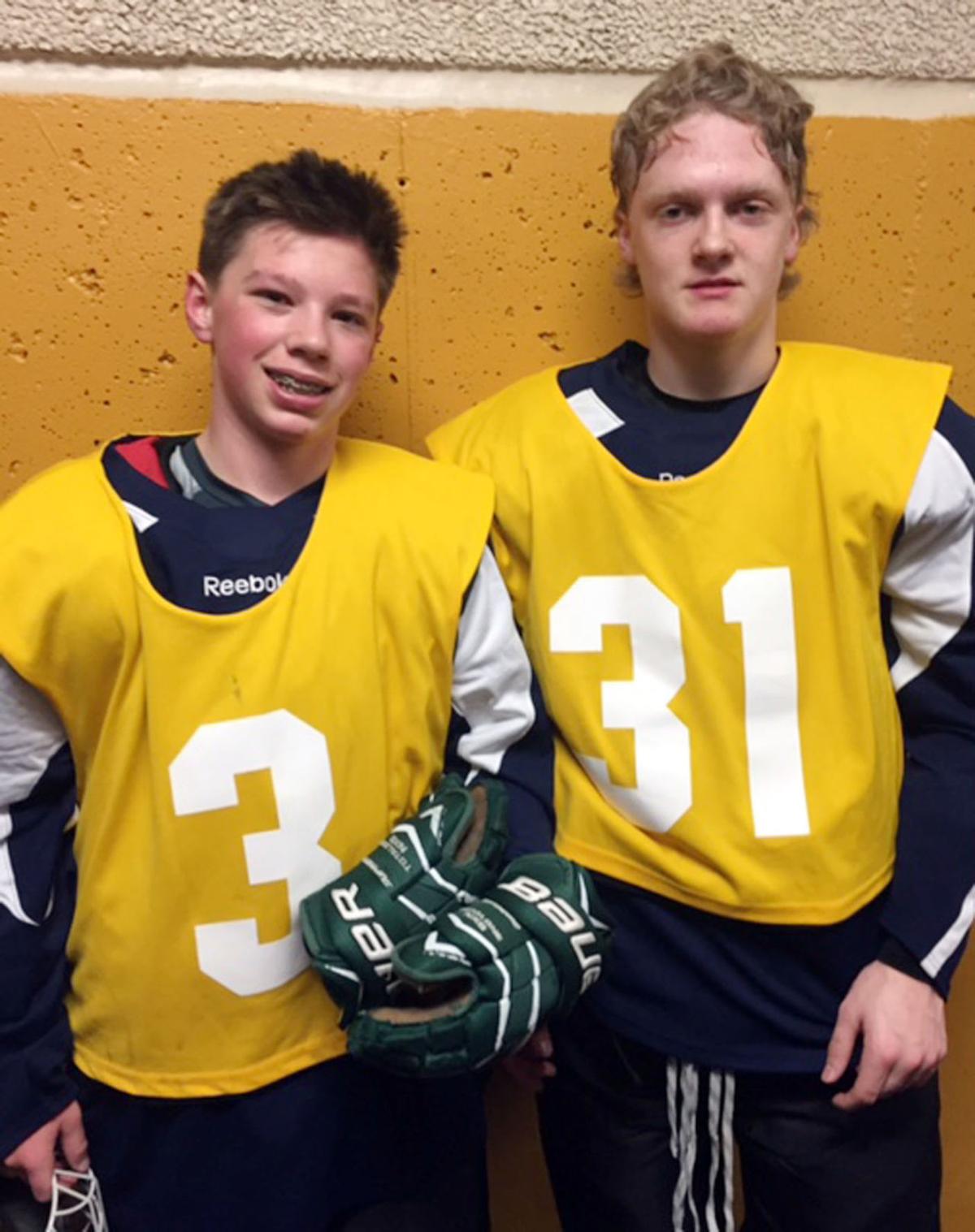 Faribault Hockey Association players David Nesburg and Jackson Reineke made a southern Minnesota team to play at a weekend tournament, with potential to advance to represent the USA in the Advanced 15 tournament. (Submitted photo)

Shattuck-St. Mary’s forward Jackson Reineke skates with the puck. Reineke, a Faribault native, had a breakout year for the Sabres with friend and teammate David Nesburg. (Photo courtesy of Shattuck-St. Mary’s)

Faribault Hockey Association players David Nesburg and Jackson Reineke made a southern Minnesota team to play at a weekend tournament, with potential to advance to represent the USA in the Advanced 15 tournament. (Submitted photo)

Faribault’s Jackson Reineke and David Nesburg have been on the ice together since before they hit kindergarten. They’ve been nearly inseparable on the ice since.

The duo came up through the Faribault Hockey Association youth teams, often playing on the same line together before both getting tapped to play with Shattuck-St. Mary’s their freshman years. Together they put together a big season for the Sabres’ boys AAA team this past year as juniors that finished 35-17-1 before the season came to a halt due to the COVID-19 pandemic.

Reineke and Nesburg played on a line with Chaska’s Gavin Waltz where they produced a prodigious amount of points. Nesburg finished with 34 goals and 35 assists in 54 games while Reineke had 20 goals and 29 assists in 41 games after he missed part of the season due to an injury.

“For me, it was a ton of fun because it was just like youth hockey,” Nesburg said. “We had that chemistry. It was really fun getting back to playing. I always knew where he was.”

Reineke and Nesburg reunited this season after they played on different teams the previous season, they didn’t skip a beat once paired again on the top line.

They ventured to Shattuck-St. Mary’s as freshmen and got to experience the world of prep hockey together.

“It was kind of easier that way (going to Shattuck with Nesburg),” Reineke said. “It was a big difference hockey-wise. As far as getting to know friends and teammates, you work out two or three times a day and you’re doing everything with your teammates, which is really fun.”

Stepping onto the campus of a nationally known hockey power gets real once practice starts.

“When I went there in ninth grade the speed was so much faster than what I was used to and the intensity of practices was way more than I had experienced before,” Reineke said.

For Nesburg, getting onto the ice at Shattuck fulfilled an achievement of a goal he set out back when he and his father went to watch games there.

“I told my dad I wanted to go play up there when I was young,” he said.

Reineke and Nesburg are staying sharp during the offseason and continuing to train at a level they’ve grown accustomed to since attending Shattuck. They workout five days a week and have a Zoom workout session with a trainer. They even found a little ice time at Dakotah Ice Center in the Shakopee Mdewakanton Sioux Community.

They’re aiming to make the squad again next season and play on the SSM Prep team. Both have eyes to continue to play following high school, either in junior hockey or in college. Nesburg got drafted in the United States High League draft by the Sioux City Musketeers.

“Jackson and my other linemate were a huge part of it,” Nesburg said. “I feel like I improved.”