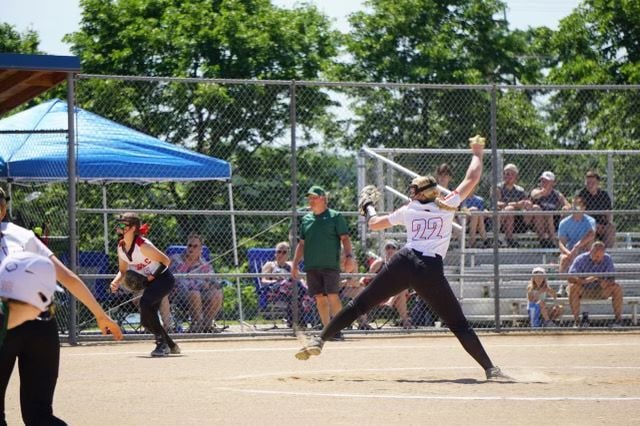 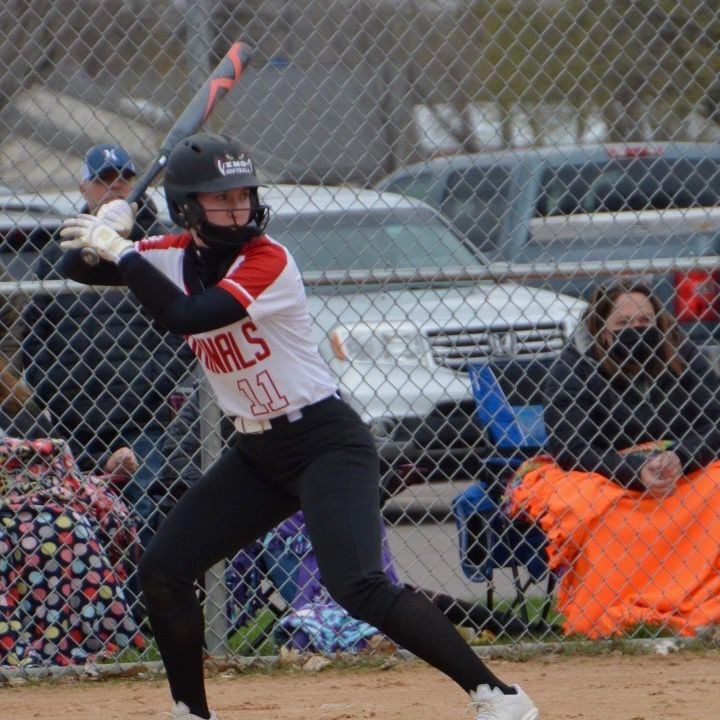 Bethlehem Academy sophomore Kate Trump bats in a game earlier this season. During Saturday’s 13-11 victory at West Lutheran in the Section 4A playoffs, Trump was walked three times before smashing a triple in her final at-bat. (Photo courtesy of Bethlehem Academy Fastpitch) 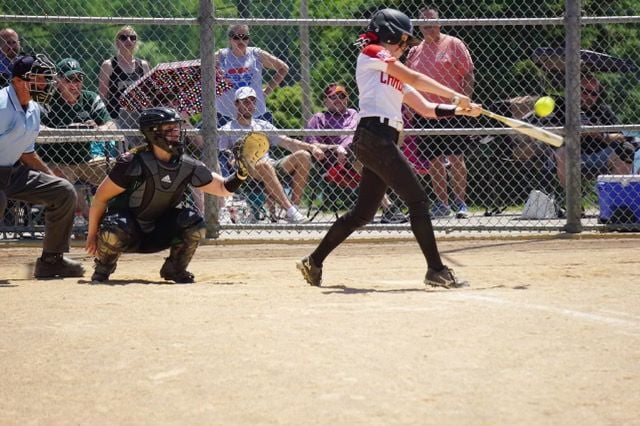 Bethlehem Academy’s Evie Donahue makes contact with a pitch during Saturday’s 13-11 victory at West Lutheran in the Section 4A playoffs. (Photo courtesy of Bethlehem Academy Fastpitch) 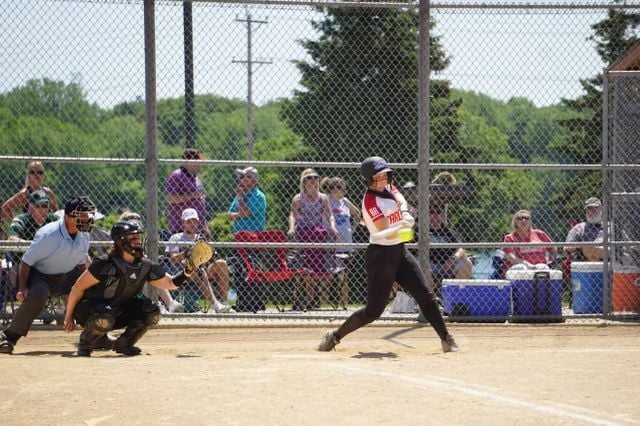 Morgan Wilson makes contact with a pitch during Saturday’s 13-11 victory at West Lutheran in the Section 4A playoffs. (Photo courtesy of Bethlehem Academy Fastpitch)

Bethlehem Academy sophomore Kate Trump bats in a game earlier this season. During Saturday’s 13-11 victory at West Lutheran in the Section 4A playoffs, Trump was walked three times before smashing a triple in her final at-bat. (Photo courtesy of Bethlehem Academy Fastpitch)

Bethlehem Academy’s Evie Donahue makes contact with a pitch during Saturday’s 13-11 victory at West Lutheran in the Section 4A playoffs. (Photo courtesy of Bethlehem Academy Fastpitch)

Morgan Wilson makes contact with a pitch during Saturday’s 13-11 victory at West Lutheran in the Section 4A playoffs. (Photo courtesy of Bethlehem Academy Fastpitch)

There was no hiding from what a difficult half inning the Bethlehem Academy softball team had just endured Saturday afternoon.

Not when the public address announcer at third-seeded West Lutheran (14-5) loudly and enthusiastically declared that after the third inning the score was West Lutheran 8, Bethlehem Academy 1 in an elimination game in the Section 4A playoffs.

The sixth-seeded Cardinals (11-10) quickly answered with fireworks of their own, and ended up claiming a wild 13-11 victory to stay alive in the postseason entering Tuesday’s loser’s bracket championship at second-seeded Goodhue (16-6). That response was was sparked by Bethlehem Academy’s immediate reaction in the dugout to that announcement.

“I said, ‘OK, that sounds like eight runs this inning,’” BA coach Maren Viland remembers; to which Kate Trump responded, ‘It sounds like nine.’ That was just kind of the attitude the girls had. They never hung their heads and felt like they had nothing to lose. They came back and right away the bottom of the order really showed up.”

In that next half inning, the bottom three hitters in the order for the Cardinals — Lindsay Hanson, Josie Rose and Evie Donahue — started the inning with two doubles and a single to jumpstart five runs in the top of the fourth.

Even if that total fell short of Viland’s and Trump’s declarations, Bethlehem Academy added five more runs in the fifth before tossing in a final run in the seventh.

“It was a very fun game,” Viland said.” I think it was one of my favorite games ever coaching and watching.”

That victory was a stark change from how the Cardinals have been able to survive as one of the final three teams in the section. Bethlehem Academy’s two postseason wins entering Saturday were both by a score of 2-1, and the loss was a 3-0 setback.

That the Cardinals broke out of that slump before a rematch with Goodhue, which was the team to beat them 3-0, is an encouraging sign for Viland.

“We have been overall struggling at the plate and the confidence levels from some players has been down,” Viland said. “It was really fun to see them come through and gain that confidence back.

“With Goodhue, they have a pitcher similar to the West Lutheran pitcher but maybe with a little bit more speed. I believe we only had two hits off her when we played last week, but if you look at West Lutheran, we played them to start off sections and only had three hits. It was definitely a different story Saturday.”

That meant eighth-grade starting pitcher Morgan Wilson was essentially pitching with one hand behind her back. After Trump, a sophomore, entered in relief to record the final out of the inning, she fired 3⅓ innings while surrendering three runs on two hits and four walks, before Wilson re-entered the game to fire a 1-2-3 bottom of the seventh to secure the victory.

During those final 4⅓ innings, the Cardinals committed just one error.

“They’re very poised,” Viland said. “They don’t seem to get too high or too low and they just really go in and play each moment, each pitch, each opportunity to field the ball.”

Entering Tuesday’s game, Viland expects she’ll start with Wilson in the pitching circle, but won’t hesitate to call on Trump if need be as she has all postseason. The reason why Wilson has handled the majority of the pitching duties is because of how Bethlehem Academy can line up defensively behind her.

When she’s not pitching, Trump is able to swallow ground balls at shortstop, while senior Malia Hunt is able to move from shortstop to centerfield.

“I think Kate is a very good shortstop and then we can put Malia Hunt in centerfield, where she’s outstanding,” Viland said. “It’s not just Morgan throwing, it’s the way the defense looks that changes a little bit when Kate pitches.”