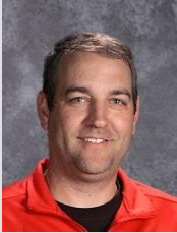 The Knights might be moving to a new battlefield.

At the Kenyon-Wanamngo school board meeting Monday night, high school principal Matt Ryan gauged the board’s interest in the district’s athletic teams moving from the Hiawatha Valley League to the Gopher Conference at the start of the 2021-22 school year.

Board members responded positively to the proposal, and Ryan said he expects movement one way or the other in the next couple months.

“This kind of opportunity doesn’t come up very often,” Ryan said. “Given the direction the HVL schools are moving size-wise, the gap in enrollment seems to be getting wider and now’s a great time for us to make a move.”

At the school board meeting, figures were presented detailing the growing gap in enrollment between Kenyon-Wanamingo and its HVL counterparts.

Kasson-Mantorville, Stewartville and Byron all had upwards of 150 students per grade in 2018, according to the document, while Kenyon-Wanamingo has an average of 65 students in an individual grade, which is more in line with the sizes of schools in the Gopher Conference.

As far as the increased distance to travel to Gopher Conference schools such as Maple River and United South Central, Ryan said conference officials informed him and K-W Activities Director Randy Hockinson the conference is interested in adding a total of four schools.

That brings membership numbers to 12, allowing the Gopher Conference to split into an East and West division, making travel to potential new conference-mates similar to the current situation for the Knights.

The document provided at the school board meeting listed St. Clair, Lake Crystal-Welcome-Memorial and Janesville-Waldorf-Pemberton as other new members. It also listed Randolph, a member of the Southeast Conference that appears to be up for the same spot in a hypothetical East Division as Kenyon-Wanamingo.

“At this point,” Ryan said, “we just wanted to make sure our school board was supportive of this, and at this point our athletic director will let the Gopher Conference know that yes, we would like to join if they end up getting three other schools.”

A former athlete during his time at Kenyon-Wanamingo, and now the head coach for the Knights in football, girls basketball and the boys and girls golf teams, Jake Wieme has his fair share of experience competing in the HVL.

While acknowledging the benefits the top-notch competition has provided a variety of K-W teams, Wieme has also seen the potential upside of leaving that gauntlet.

When he first took over as coach of the football team six years ago, Minnesota high school football was still organizing its regular-season schedules by conference membership.

Soon after Wieme started, though, the state shifted to a district-centered schedule that pitted teams against potential playoff opponents throughout the regular season.

“It was great for our program,” Wieme said. “We were playing teams that were our size and playing teams that had the same number of players at each leave. It’s not that we won more games, but we were more competitive in all of those games.”

Even after seasons with more losses than wins, Wieme noticed the numbers in the high school and youth programs stabilizing and rising in some cases.

He said that’s due to more competitive games that stayed within two possessions at halftime and didn’t convert to a running clock at the start of the fourth quarter.

The way enrollments continue to climb for schools in the HVL, which largely reside in the outskirts of a continuously growing Rochester population and along U.S. Route 52, Wieme predicts a similar benefit across the board for other teams.

That’s why he, and many of the school’s coaches, provided support to Ryan’s school board proposal.

“When us coaches talked about it, it wasn’t something we took lightly,” Wieme said. “We’ve really enjoyed the HVL. We think the HVL is a big reason we’ve been a good school in sports. We’ve had our success in football and basketball and volleyball and baseball, and it’s because of the competition that we play. It’s just things are changing size-wise now in general.”