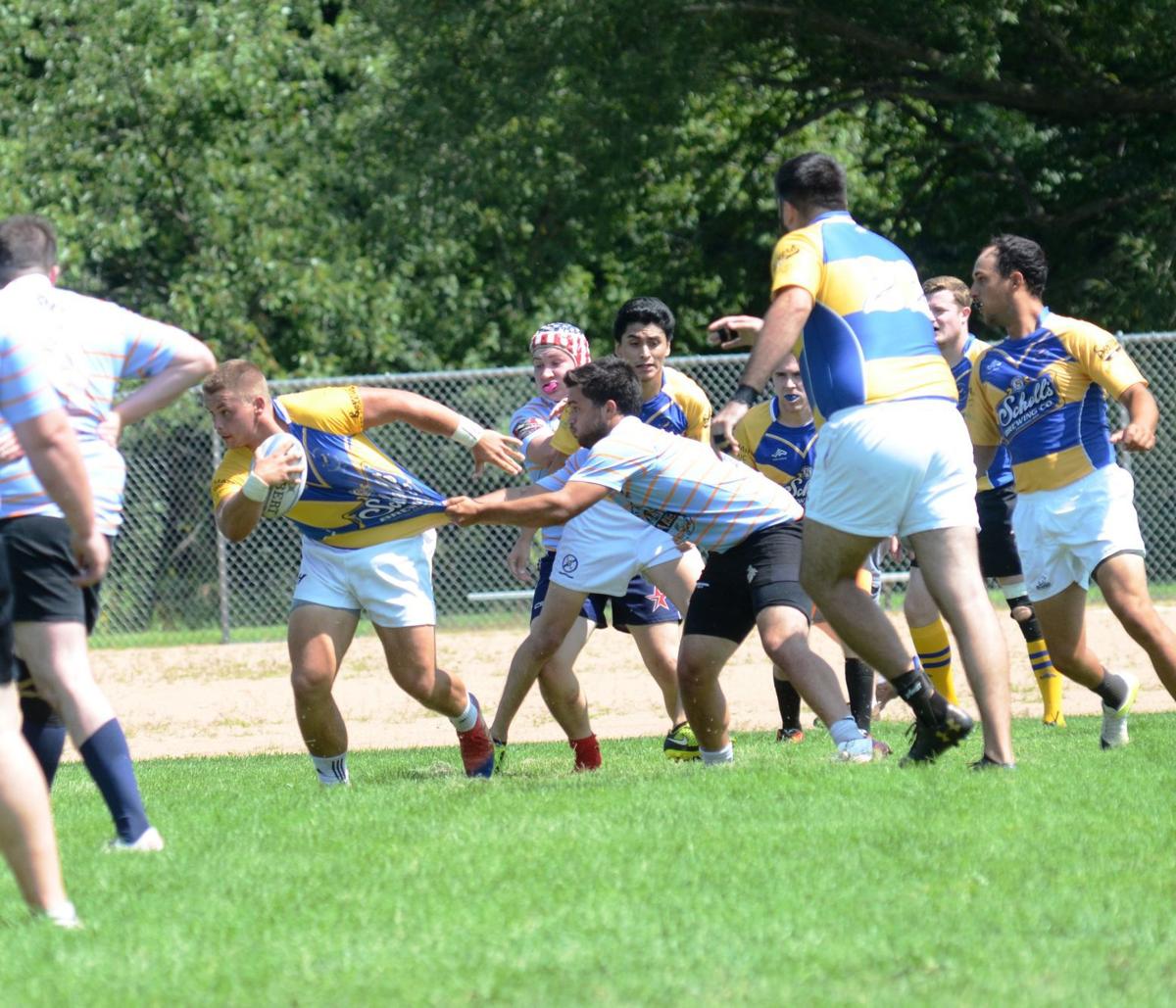 Faribault’s Nate Kallestad pulled away with the ball from a Rochester defender. (Mike Randleman/Faribault Daily News) 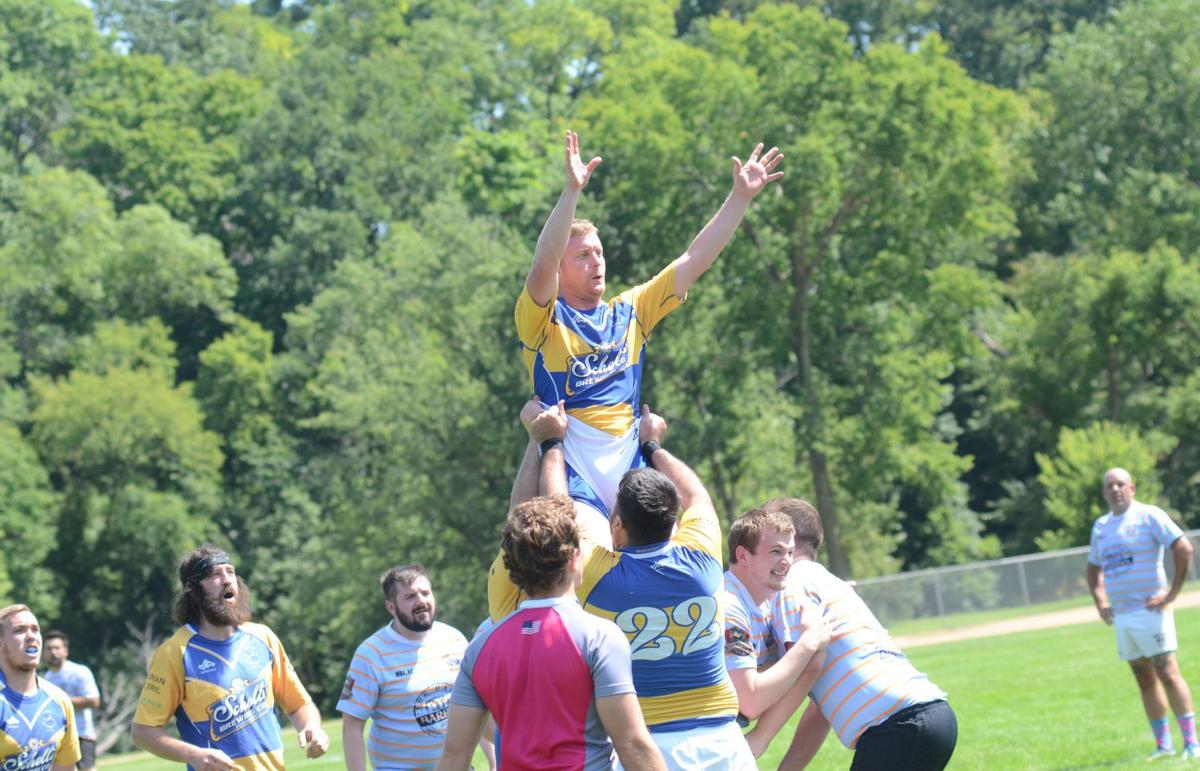 Faribault’s Nick Schlie was hoisted up during a line-out in Saturday’s game against Rochester. (Mike Randleman/Faribault Daily News) 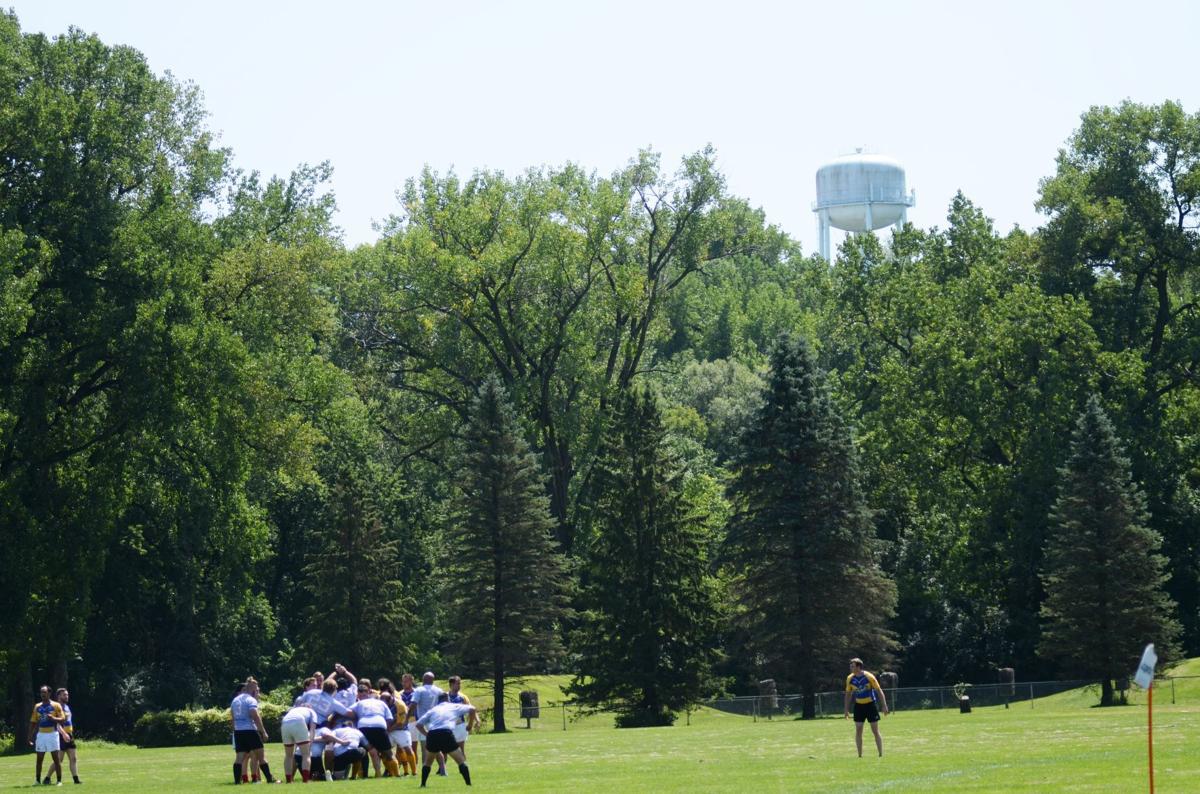 Faribault’s Nate Kallestad pulled away with the ball from a Rochester defender. (Mike Randleman/Faribault Daily News)

Faribault’s Nick Schlie was hoisted up during a line-out in Saturday’s game against Rochester. (Mike Randleman/Faribault Daily News)

The Faribault Boksprings 15’s men’s rugby club poured everything it had into its season-opening 43-28 win over the Rochester Rouges.

“Rochester does have a pretty solid side. A couple guys on their team weren’t Rochester boys, but the guys that did help fill out their side were solid players from the Banshees,” said Boksprings leader Nate Kallestad, referencing the Eastside Banshees from Minneapolis. “It was really awesome for us to go out there and win by a couple tries. We just kept our nose to the grindstone. If we go back to what really factored in to us winning is we played with heart. It was all 80 minutes even though we were tired, even though we were beat up, we’re playing together, we’re in it to win it.”

A try is worth five points and is the most common scoring method in rugby. A subsequent conversion kick is worth two.

On a warm Saturday afternoon at TeePee Tonka park, Rochester did not have any reserves while Faribault had one.

That made for a battle of attrition won by the Boksprings.

“Conditioning was huge,” Kallestad said. “We beat them for all 80 minutes, I believe. A couple of our players were less in shape, but everyone picked up the slack.”

The Rouges have had the upper hand in recent years.

“We’ve played Rochester often. Historically, since I’ve started playing, Rochester has handled its own against us,” Kallestad said. “One time they kicked us in the teeth and the other time they beat us by a try or two. So this was very, very awesome.”

Kallestad credited the team’s ballhandling and said the backs were “exceptional” in moving the ball fluidly and as a team.

The Boksprings are rebuilding the program, which dates back to 1971, after it nearly folded in recent years.

“It’s great. I really think it’ll help boost us. Who doesn’t like winning, right?” Kallestad proposed. “Just seeing success from where we were and where we are, it’s definitely going to push us forward growing the game of rugby in Faribault.”

The club is still looking to add to its roster. It will be out recruiting with a booth Sept. 4 at South Central College.

“The huge thing is we’ve got to recruit. Recruiting is key,” Kallestad said. “More bodies for practice get us more prepared for games. We were still missing a few bodies, because we would have had way more than what we needed.”

Next on the schedule for Faribault is 1 p.m. Sept. 7 against the St. Paul Jazz Pigs. The game is part of the 2019 All Minnesota Ruby Tournament at the VFW Soccer Fields in Otsego.

The Pigs were established in 1974 and are one of the state’s older clubs along with the Boksprings.

The Boksprings’ next home date is 1 p.m. Sept. 15 against the Red River Ruffians.