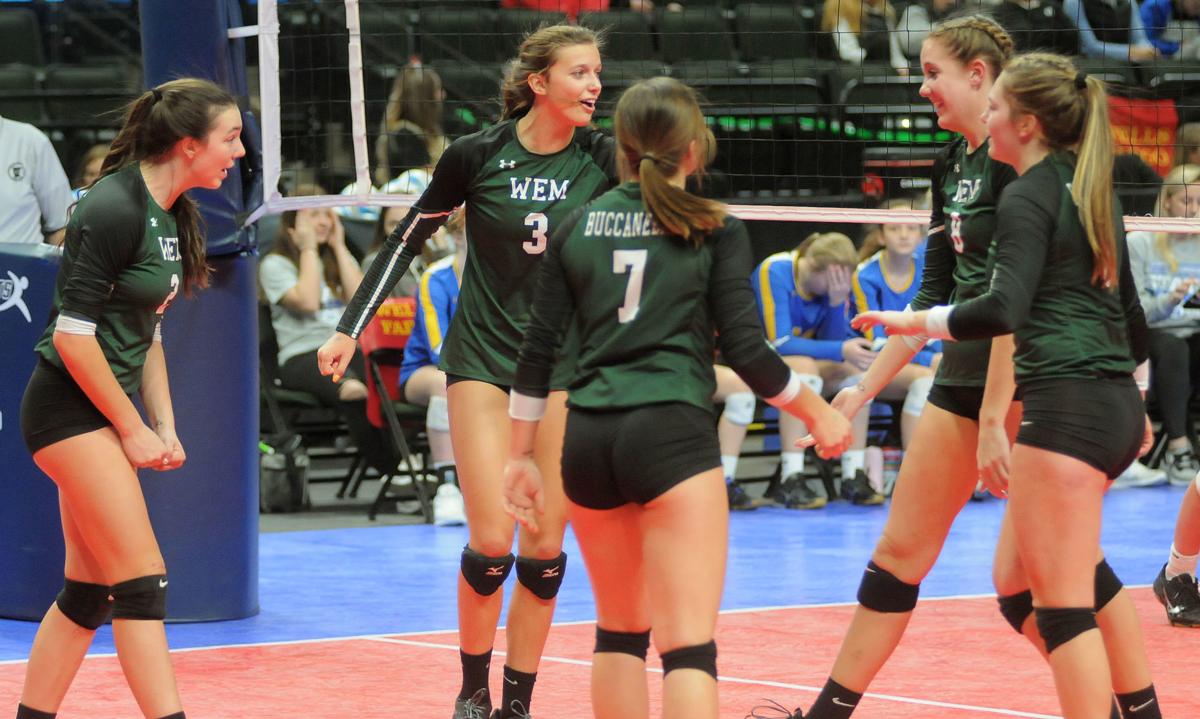 With the return of eight seniors, including Kylie Pittmann (far left), Toryn Richards (second from left), Allison Rients (center) and Ellie Ready (far right), the Waterville-Elysian-Morristown volleyball team is poised for a big 2020. The Buccaneers will have to replace a part of seniors in Trista Hering (second from right) and Delaney Donahue. (Daily News File Photo) 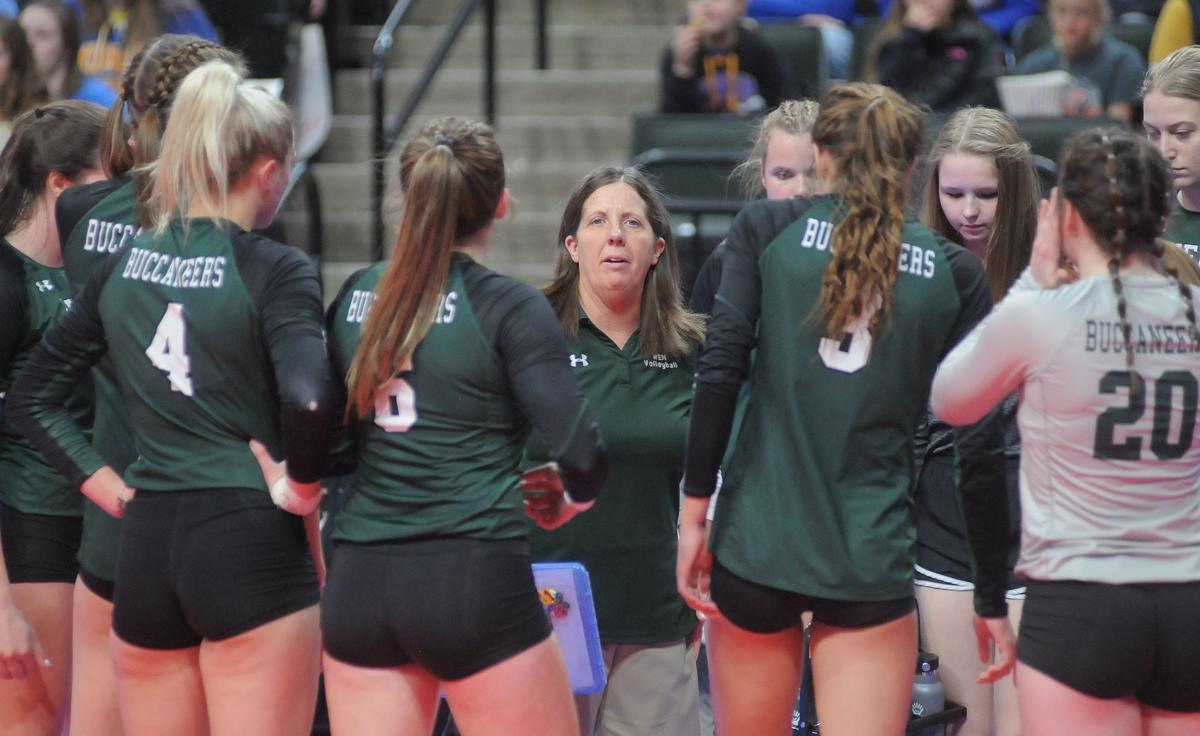 Waterville-Elysian-Morristown coach Crystal Lamont will be entering her 14th year as the head volleyball coach for the Buccaneers this fall. (Daily News File Photo)

That’s been the case for the Waterville-Elysian-Morristown volleyball team, and especially so with next year’s eight-player senior class that has lost only five regular-season matches in the last two years.

“With winning comes confidence and the more you play with confidence the higher your success rate is,” W-E-M coach Crystal Lamont said. “It kind of goes hand-in-hand, and the more confident you are the more likely you are to succeed. This group just keeps growing and growing in their confidence the more they have success, not just in volleyball but in all sports.”

If you had asked a teenage Crystal Lamont if she would be entering her 14th year as a high school volleyball coach in 2020, she might have scoffed.

A three-sport athlete in high school, volleyball took a backseat to basketball and softball for Lamont, who was recruited to play basketball in college and played collegiate softball.

“Volleyball was my least favorite sport in high school," she said.

Opportunity arose in volleyball, though. After graduating and coaching a variety of youth sports at her teaching stops, a position opened up at Waterville-Elysian-Morristown for the head volleyball coach prior to the 2007 season.

Despite her childhood trepidations, Lamont didn't hesitate in seizing the opportunity. She's since added head softball coach for the Buccaneers to her job description, and quickly discovered she has no desire to walk away from the volleyball court.

"There’s just something about the connection and the intensity in volleyball that’s different from other sports," Lamont said. "Softball and volleyball are kind of polar opposites in that. Softball’s a slow, kind of laid-back game and volleyball is all about momentum and being in the moment, and I enjoy that part of it.”

“This is a team that really has just gelled together as a group and I think that helps them,” Lamont said. “They’re obviously very good athletes as well. Not overly tall, not exceptionally fast, but just athletic in all areas and just play as a team.”

Losing only two seniors — Delaney Donahue and Trista Hering — from last year, W-E-M projects to sustain that level of success.

The Buccaneers figure to be in the thick of a tightly-contested battle for the Gopher Conference championship — which W-E-M claimed last year by one match thanks to a sweep of Medford — and do the same in a highly-competitive Section 2A — which W-E-M won last year with a dramatic five-set victory against Mayer Lutheran.

Backing up that senior class are healthy numbers throughout all levels, Lamont said, even if that younger group will be bottlenecked into only a couple open spots on the varsity floor this year.

“We know we’ve got some athletic kids coming up in the younger groups, but there’s not a lot of high turnover at the varsity level since we’re only graduating two (seniors),” Lamont said. “That should make for a fun fall.”

While Lamont said participation numbers from varsity to youth levels have always been strong since she took over the program prior to the 2007 season, they also received a slight uptick after the Buccaneers won their first state title in program history in 2015.

If this year’s group is able to continue, and possibly build, off the success from the past two seasons, the cupboards should remain fully stocked for the foreseeable future.

“The younger kids get very excited, and we run a lot of youth camp programs and have a youth fall league and our junior olympic program in the spring as well,” Lamont said. “You see an initial surge, but with WEM being a small community we tend to have pretty high numbers in our youth programs and have sustained them over the years.”