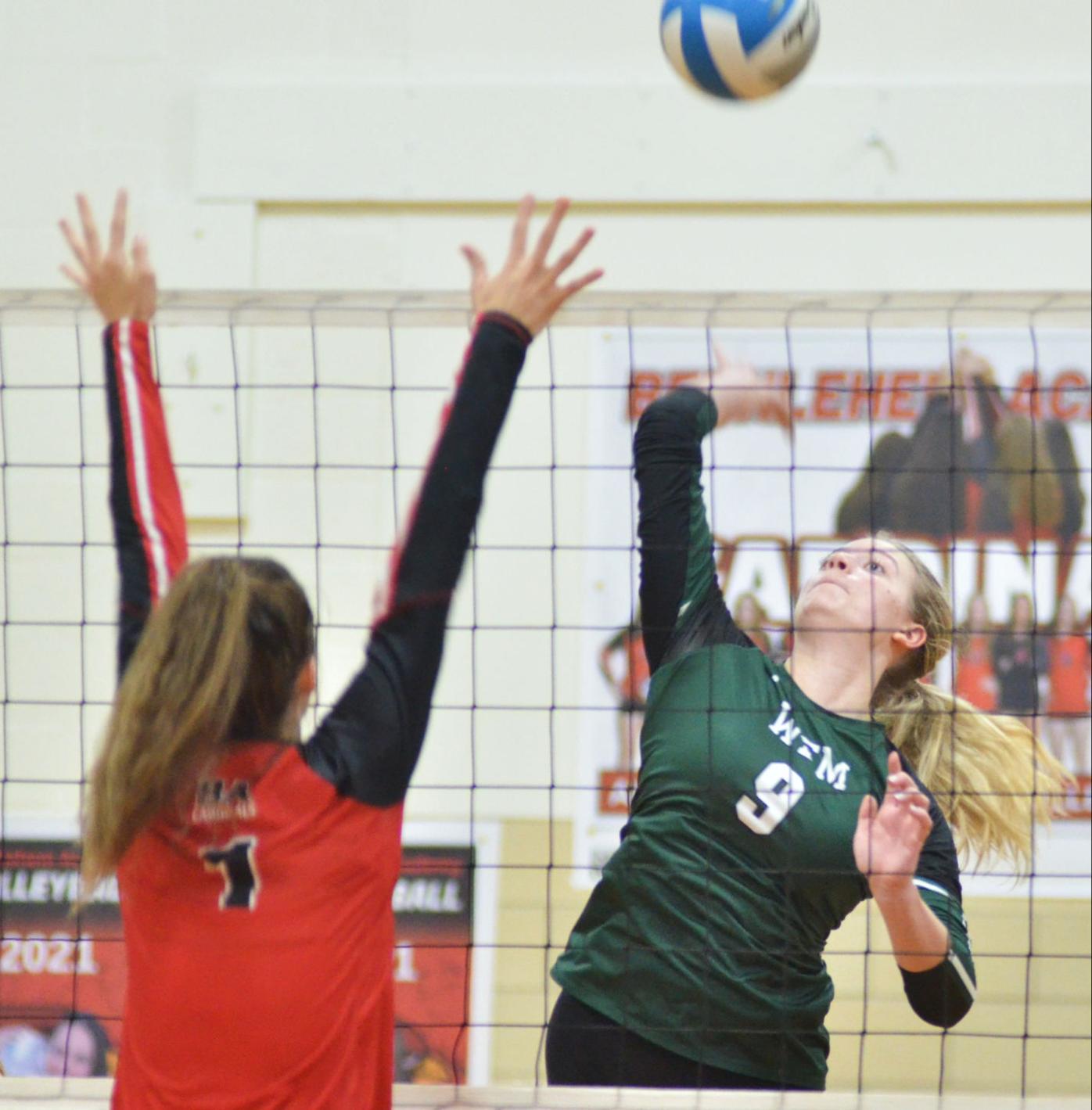 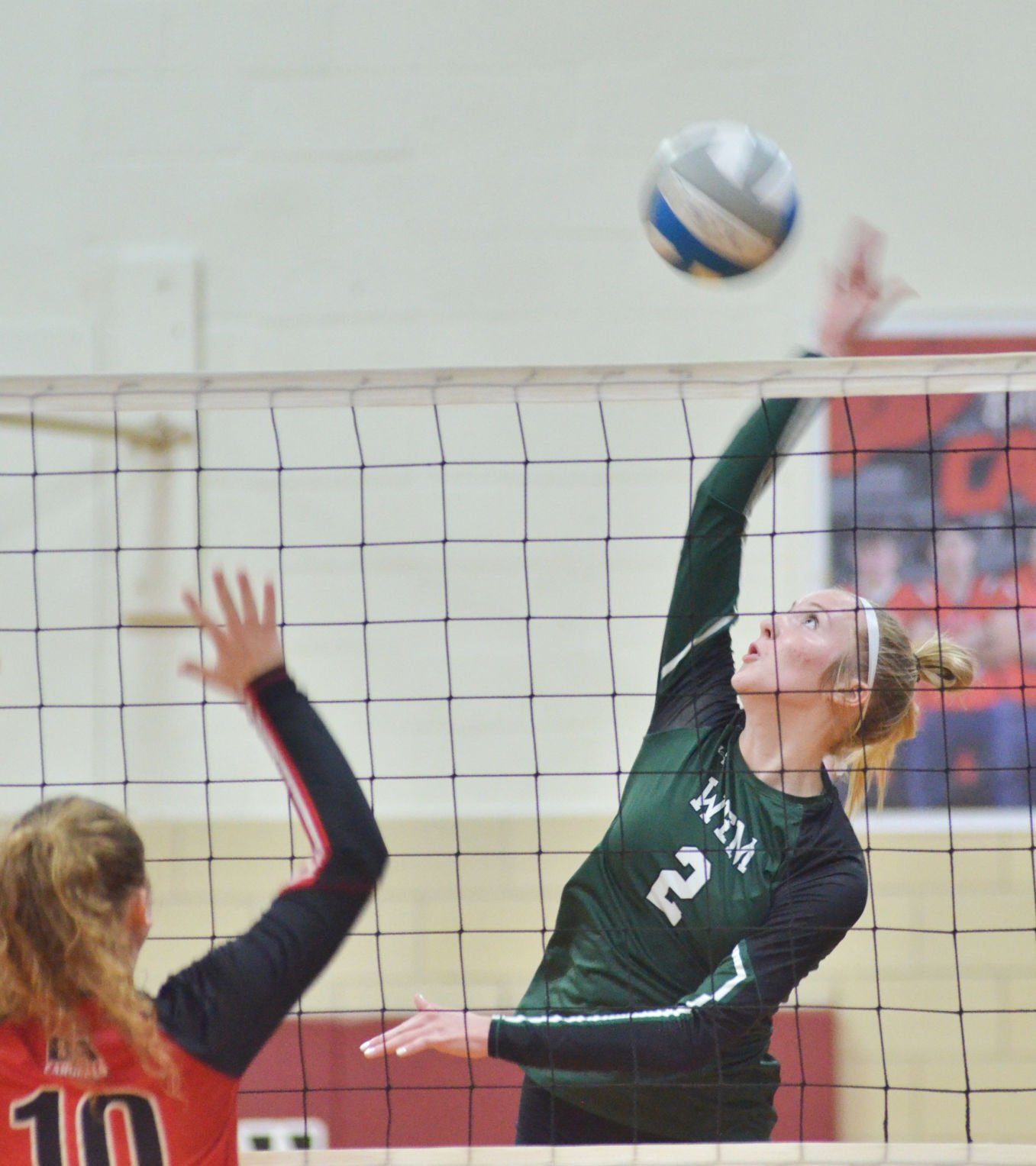 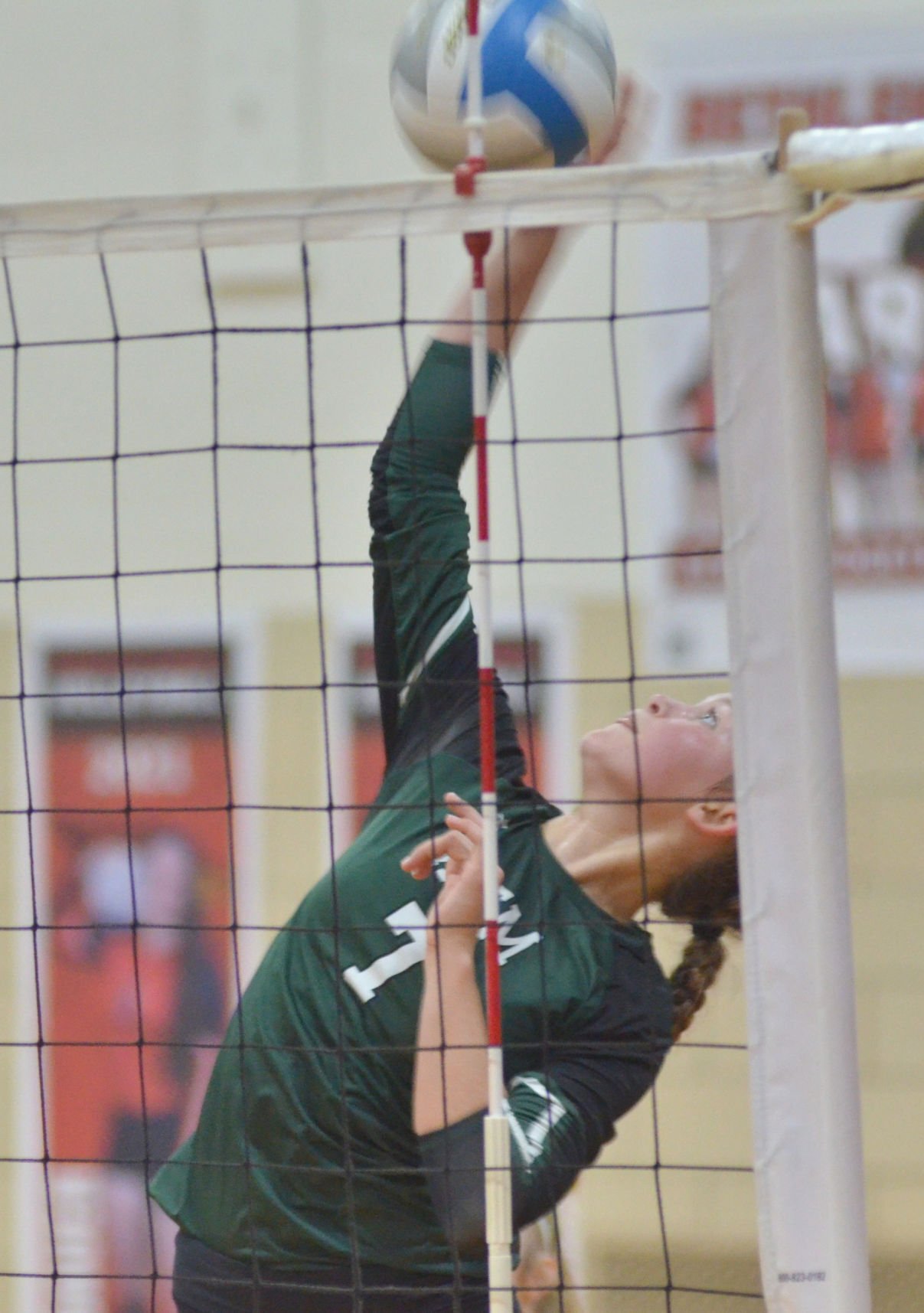 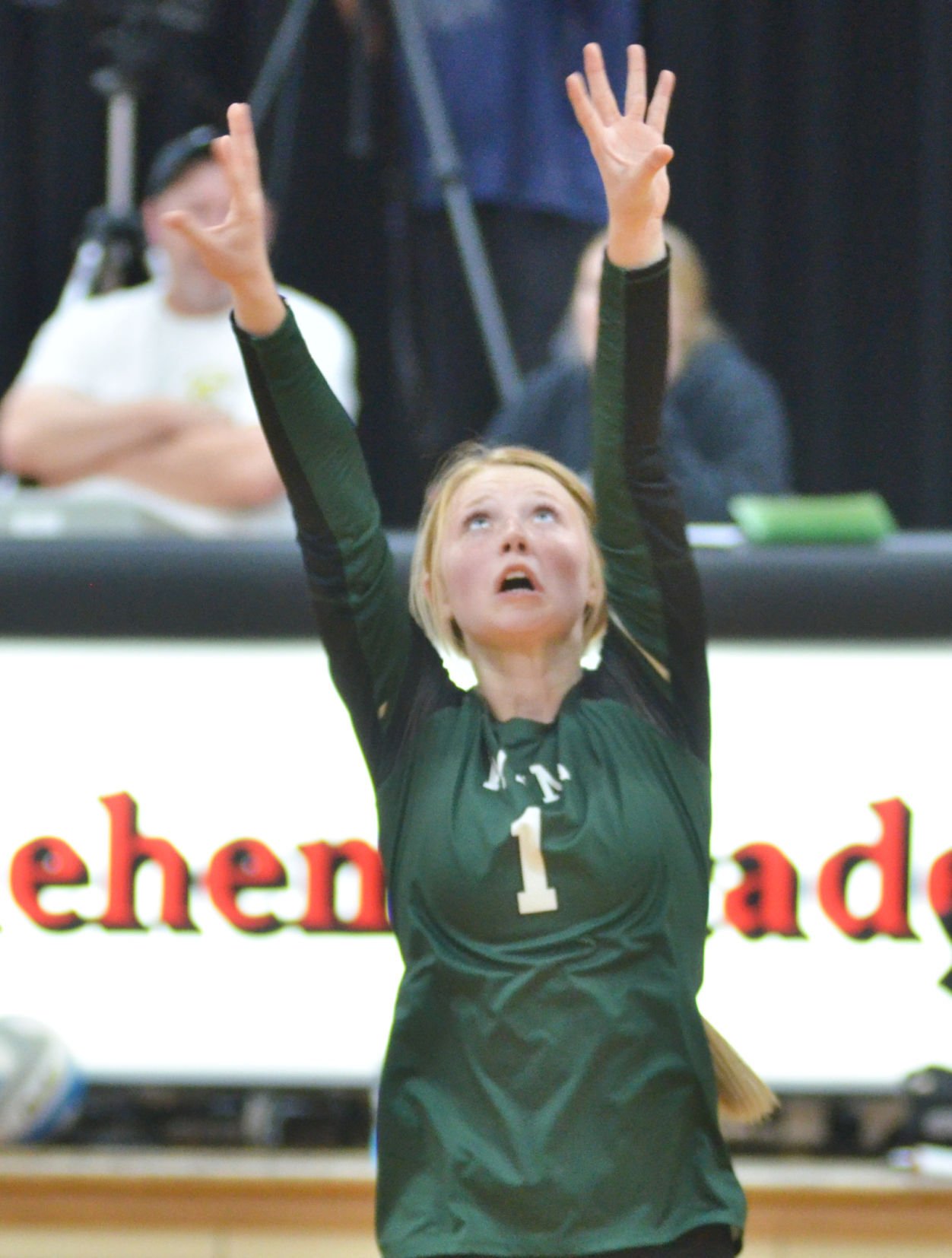 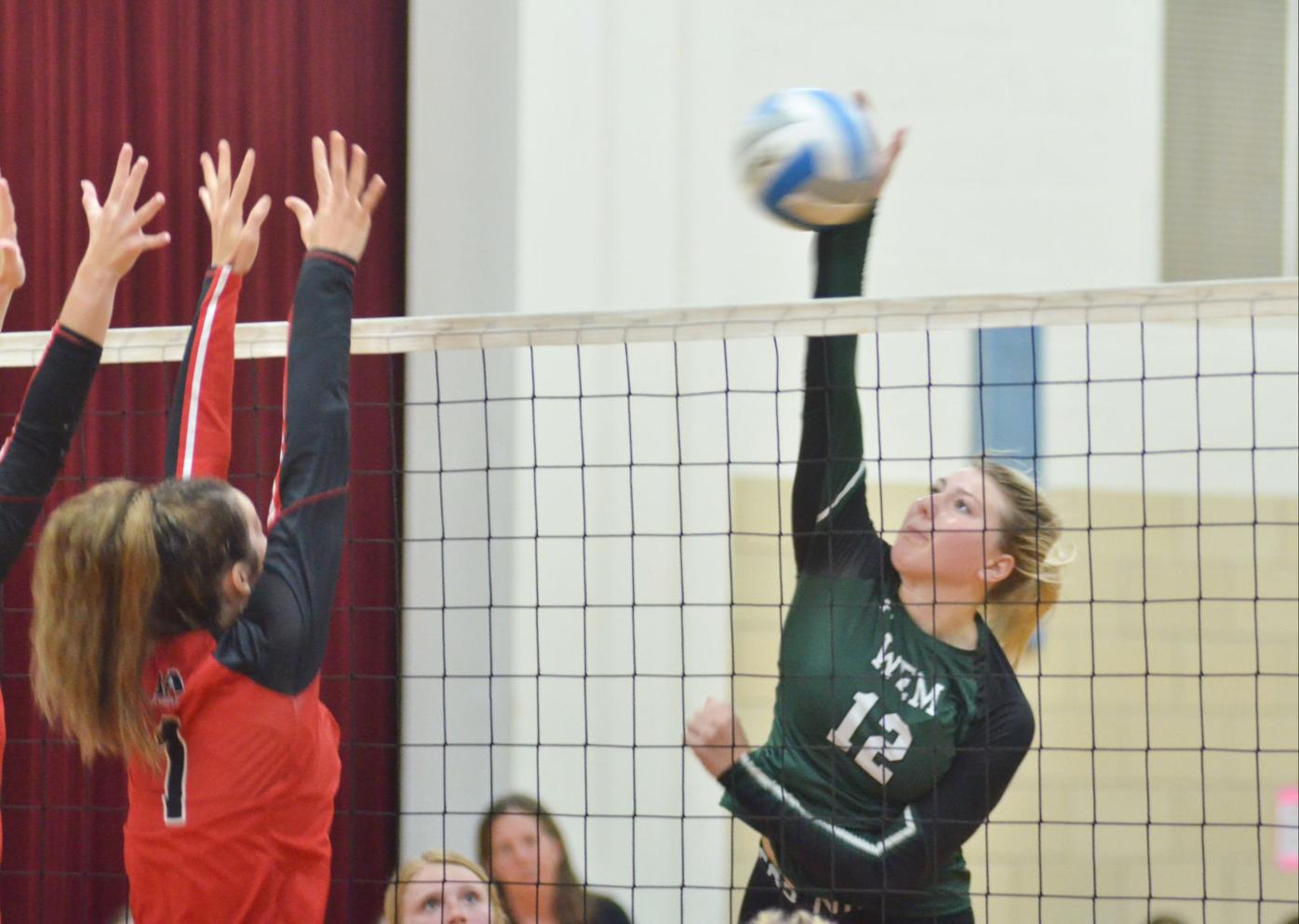 With the regular season winding down, the Waterville-Elysian-Morristown volleyball team is still searching for its optimal mojo.

After graduating a handful of multi-year starters, the Buccaneers had to then adjust on the fly earlier this season after an injury to their setter. Then, a COVID-19 problems stemming for the Class A/AA Showcase shut down the team for a week and a half.

In WEM’s second match back from the most recent disruption, it pushed Class A No. 8 Bethlehem Academy to five sets but ultimately lost 23-25, 25-14, 20-25, 25-19, 15-8 in a result that likely delivered the Gopher Conference title to the Cardinals.

“We knew coming in it was going to be a battle tonight and it lived up to the expectation,” WEM coach Crystal Lamont said. “I would have liked a little closer match in that last one to give us some shots at the end, but we just dug a little too big of a hole there to come back.”

Lamont admits the desire to have potentially won a fourth consecutive Gopher Conference title, but with that possibility removed from the picture Monday’s loss offered a slew of positives.

In earlier games this season against top competition, Lamont said her team’s defense had a tendency to fold against powerful attacks. That wasn’t the case against a Bethlehem Academy that had lost just three sets in conference play entering Monday.

“We got better and we got pushed tonight, which was good,” Lamont said. “Our defense responded and I feel earlier in the year we weren’t responding well against good offenses, and tonight I thought we learned and kept growing as the night went on.”

The Buccaneers tallied only two solo blocks throughout the night, but one of those by Riley Sammon delivered the winning point in the third set. Where that improved defense really showed up was keeping points alive.

Where WEM left points on the table was at the service line, where 13 service errors halted rallies and momentum.

“We’re still just trying to find that groove, but I thought we were better tonight,” Lamont said. “Now we head into a tough Eastview Tournament this weekend, so hopefully this got us prepared to go there and take that next step.”

The field at the this weekend’s Eastview Invitational offers plenty of opportunities for growth.

Class 4A No. 3 Shakopee is the likely headliner, and is WEM’s potential second-round opponent Friday night if both teams win in the first round against Esko and LeSueur-Henderson, respectively.

The invitational also features Class 3A No. 4 Kasson-Mantorville, Class 2A No. 4 Concordia Academy, Class A No. 2 Minneota and Class A No. 9 Kenyon-Wanamingo.

This weekend, plus a regular-season match against Kenyon-Wanamingo on Monday, Oct. 18, provides plenty of training opportunity ahead of the Section 2AA tournament.

“That’s what we’re aiming for,” Lamont said. “Obviously the Gopher Conference would have been a nice goal for us, too, but now we just learn from this, move on and use it to prepare for the playoff push.”