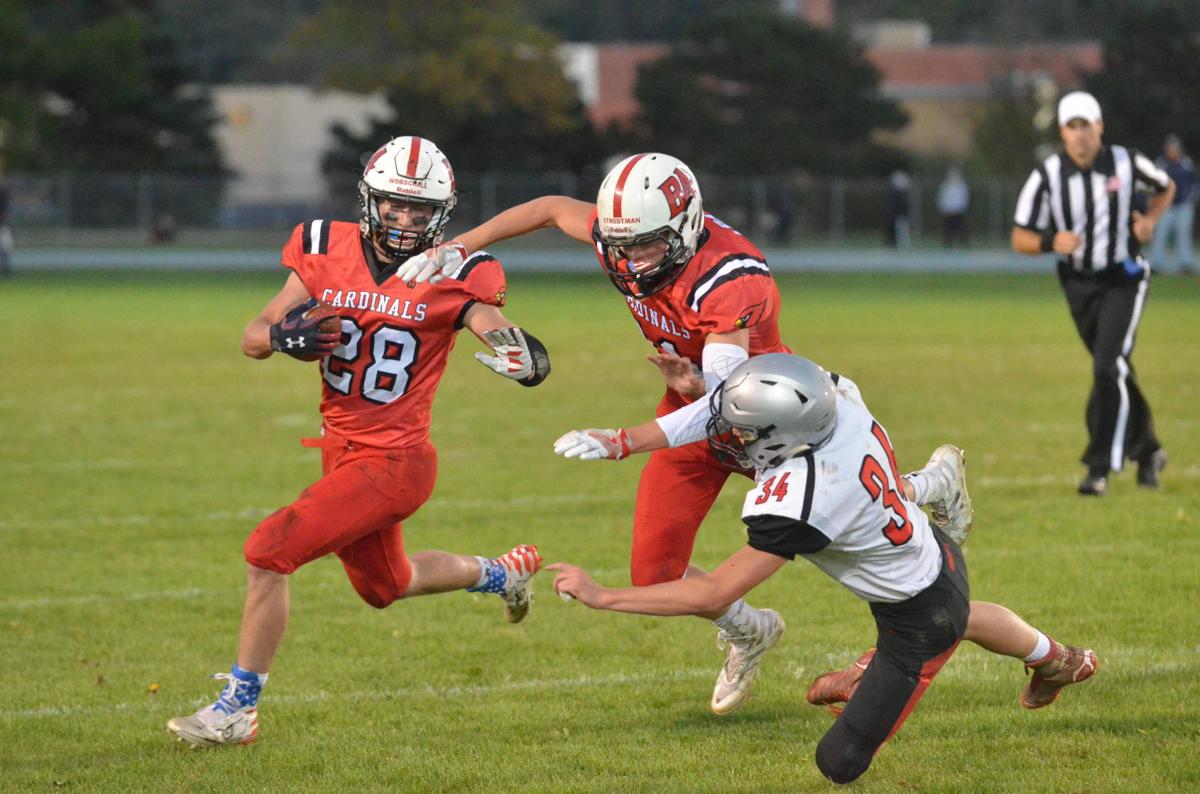 Brady Strodtman (11) has spent the last two seasons working primarily as a lead blocker in Bethlehem Academy’s offense. As a senior this fall, Strodtman will have an opportunity to snatch the role of starting running back in addition to his duties as a linebacker defensively. (Daily News File Photo) 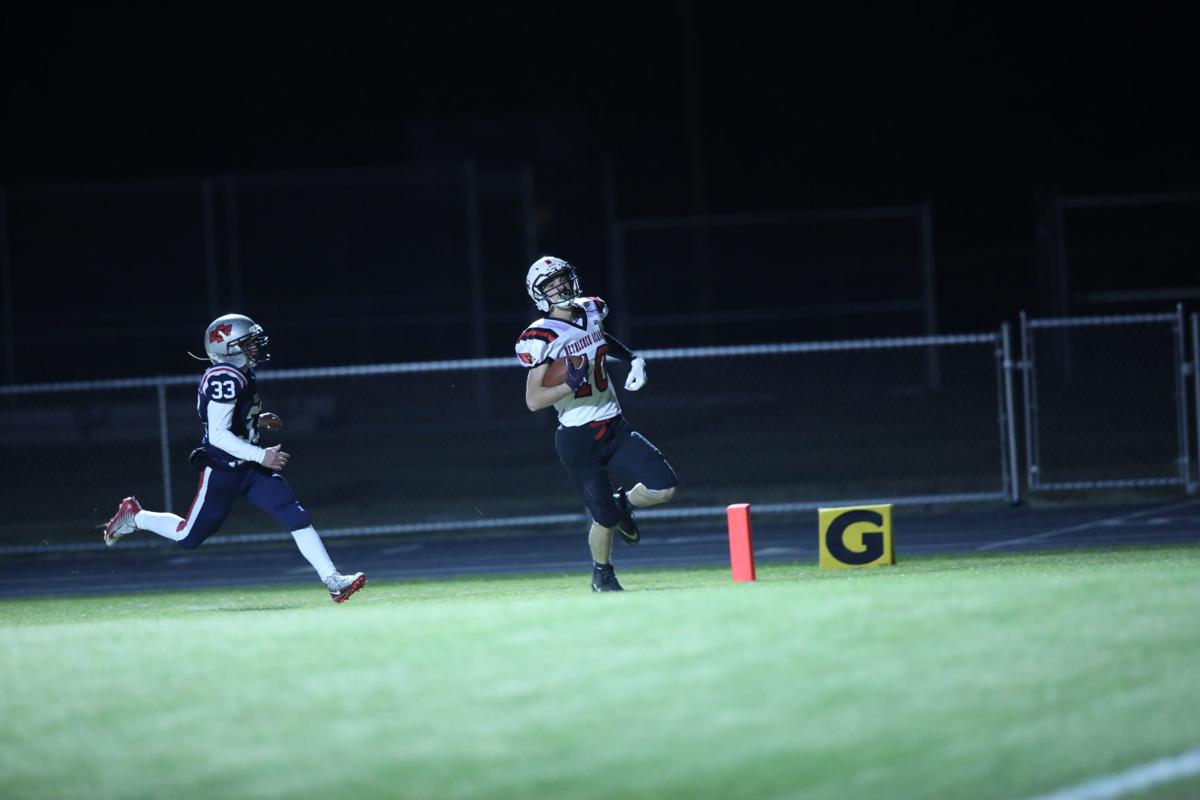 Charlie King broke out as a freshman for the Cardinals last season, which included hauling in a 65-yard touchdown reception in the Section 2A semifinals against United South Central. (Photo via Todd Rost)

What Bethlehem Academy might not possess in sheer numbers, it partially makes up for in experience.

A consistent string of small senior classes over the last five to 10 years has meant the Cardinals are accustomed to throwing sophomores, and in some cases freshmen, into key starting roles.

“You lean on the guys you’ve got and then you look at the younger guys," BA football coach Jim Beckmann said. "Last year we actually had a freshman that started for us and actually performed really well. We’ve been really fortunate to have some sophomores over the past couple years that have been able to step up and fill in some spots for us. The good news is some of these guys coming up have two or three years of varsity playing experience under their belt, so that will help us out when the season kicks off.”

Beckmann's early projections for next season have his full roster at about 35 to 40 players, which while not entirely abnormal for Class A football, also presents a different set of challenges.

"I had eight seniors last year, two of which never played football before, and I’ll have the same number this year," Beckmann said. "I’m going to have six guys again. When you don’t have a large group of seniors for that leadership and experience, it just makes it a little bit tougher.”

Jim Beckmann's path to the sidelines is a bit more unique than his Rice Country counterparts.

The 34-year Army veteran doesn't spend his weekdays teaching students in classrooms, and first took up coaching after he moved to Faribault in retirement, when former BA coach Scott Hanson asked Beckmann if he could help out.

"I started coaching at the younger levels and hung around long enough and worked my way up," Beckmann said.

He took over head coaching duties toward the tail end of the 2018 season, when Dennis Glenzinski abruptly resigned. While he come to the profession later on, Beckmann said he's invigorated by the job in many of the ways he was in his Army career.

"I enjoy talking to the young kids and teaching and mentoring and hopefully less on the coaching and more on the life lessons and preparing them for post-high school," Beckmann said Most of these guys aren’t going to play football beyond high school, so it’s more about the lessons we can teach them about being good young men and doing the right stuff. I think football is the ultimate training ground for that, because it’s such a team sport and you have to work with your teammates and learn to get along with a bunch of personalities.”

One spot he's confident in is the leadership under center. While it will be senior Bo Dienst's first year as the starting quarterback after the graduation of last season's signal-caller, Jack Jandro, Dienst has proven he has the mental and physical attributes necessary for directing an offense.

"(He's) ready to step in," Beckmann said. "He’s probably one of the smarter football guys I’ve seen at that position in a while."

Behind Dienst, though, is a bit of a larger hole.

With the graduation of running back Josh Oathoudt, who also starred at linebacker, the Cardinals are searching for a replacement to Oathoudt's steady heartbeat that paced the offense up the field.

"(Josh) is just a great athlete and will be hard to replace," Beckmann said. "We had a couple young guys that got a little playing time last year that will step up."

The biggest changes for BA this season will likely come on the offensive and defensive lines. Offensively, the Cardinals will have to find a new starting center, right guard and right tackle this fall.

"We’ll have to replace those guys," Beckmann said, "but again I’ve got a couple upcoming seniors with experience, so they’ll anchor it for us and some young guys will step up.”

Those replacements will try and help BA improve upon last year's 2-6 mark in the regular season, which was followed by a 20-18 victory against New Ulm Cathedral in the Section 2A quarterfinals before falling 34-20 against top-seeded United South Central in the semifinals.