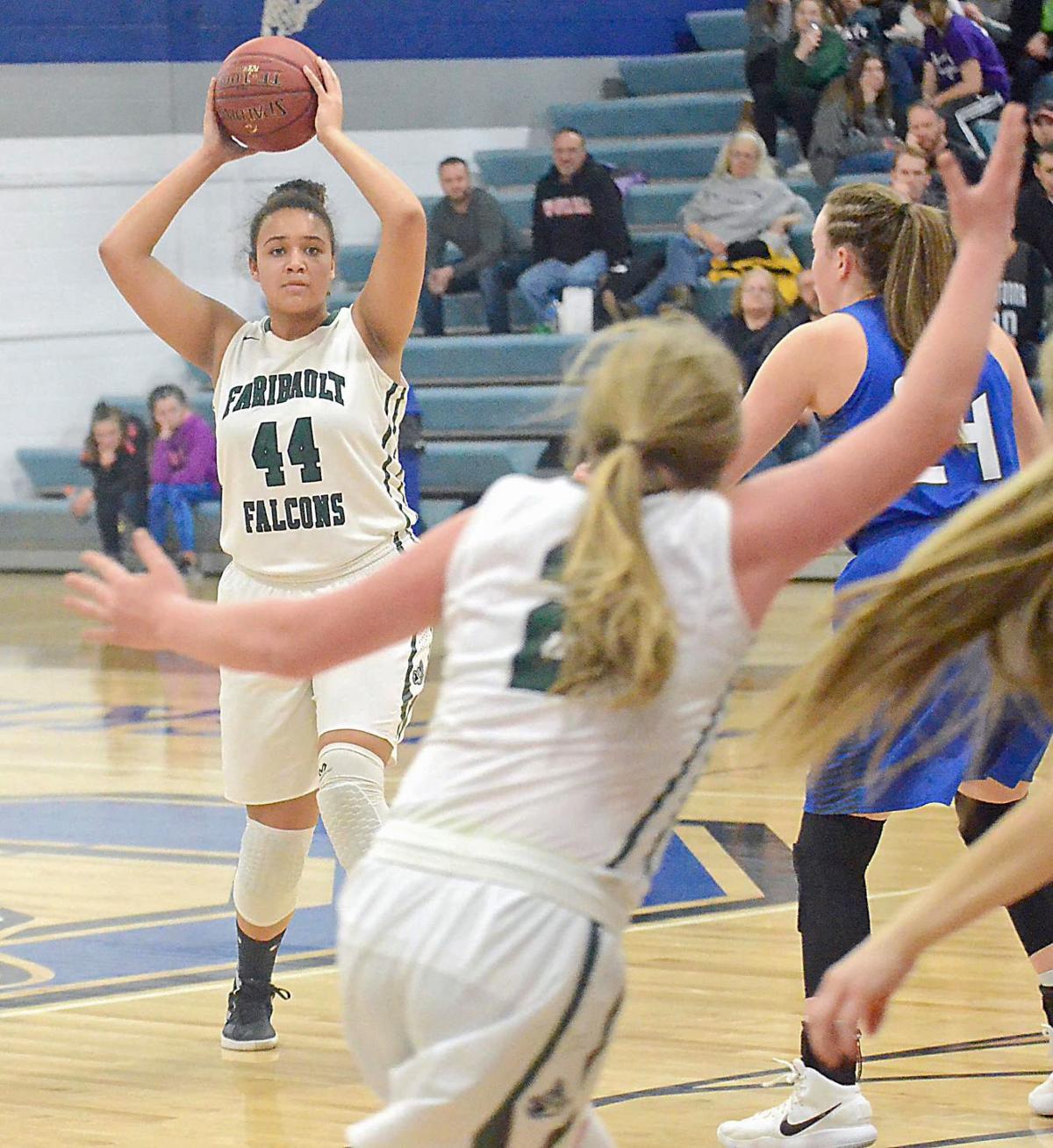 Faribault’s Zoe Fronk (44) looks to make a pass during a February 2018 game as teammate Abby Van Ryn (2) cuts toward the basket. Fronk, now a senior, is expected to be on of this season's team leaders. (Daily News file photo) 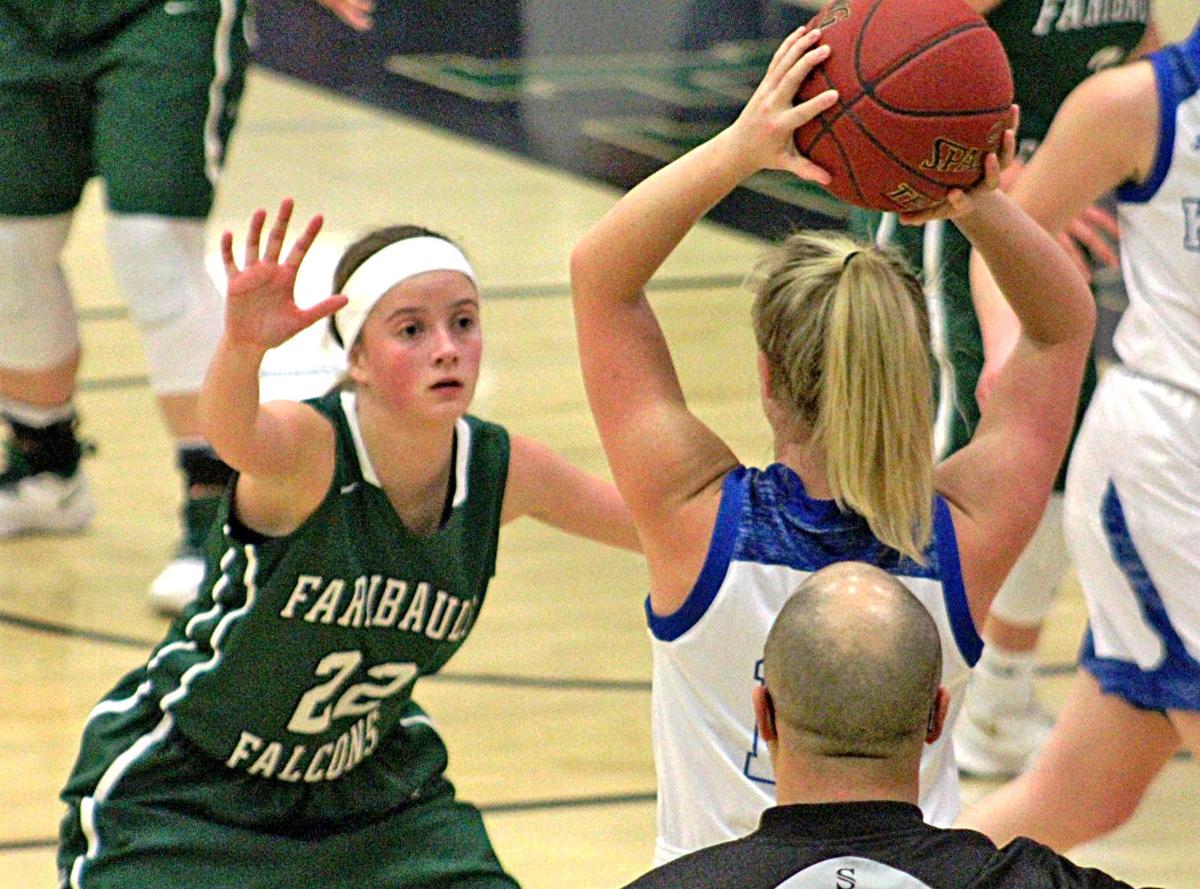 Faribault’s Zoe Fronk (44) looks to make a pass during a February 2018 game as teammate Abby Van Ryn (2) cuts toward the basket. Fronk, now a senior, is expected to be on of this season's team leaders. (Daily News file photo)

Zoe Fronk - senior, post, four-year letter winner. Fronk, a captain on the team, will be called on as a veteran to lead the Falcons young players out on the court. She is physically strong down in the post.

Evy Vettrus - sophomore, point guard/shooting guard, two-year letter winner. Vettrus has excellent ball handling skills and can create shots off the dribble. She averaged 9.1 points per game in the 2018-19 campaign.

Olivia Bauer - sophomore, point guard/shooting guard, two-year letter winner. Bauer has a strong work ethic on both ends of the court. She plays hard-nosed defense, and offensively she is terrific pushing it up the court. She has really good court vision when it comes to finding an open teammate.

Ellie Hunt - junior, guard, two-year letter winner. Hunt is a talented perimeter shooter and has the ability to bring the ball up the court when the pressure is high.

Abby Van Ryn — The senior point guard, captain and All-Conference player, who led the Falcons in most statistical categories, graduated in June.

Last year’s record was 5-21, with a Big 9 Conference record of 5-15. The Falcons placed fifth in the its section.

First year head coach Garcia spent five seasons with the program coaching the JV and ninth-grade squads so he's already familiar with his players, their abilities and style of play. Though he wants to team to play at a fast pace, he want to continue to focus on each day as it comes.

"As the season progresses, I expect our team to keep getting better and better as we learn our new offensive and defensive philosophy," he said.

"As a team, we are going to approach every day willing to learn and grow. We will have relentless work ethic in our preparation for games while maintaining positive enthusiasm within our team culture."  — Patrick Garcia