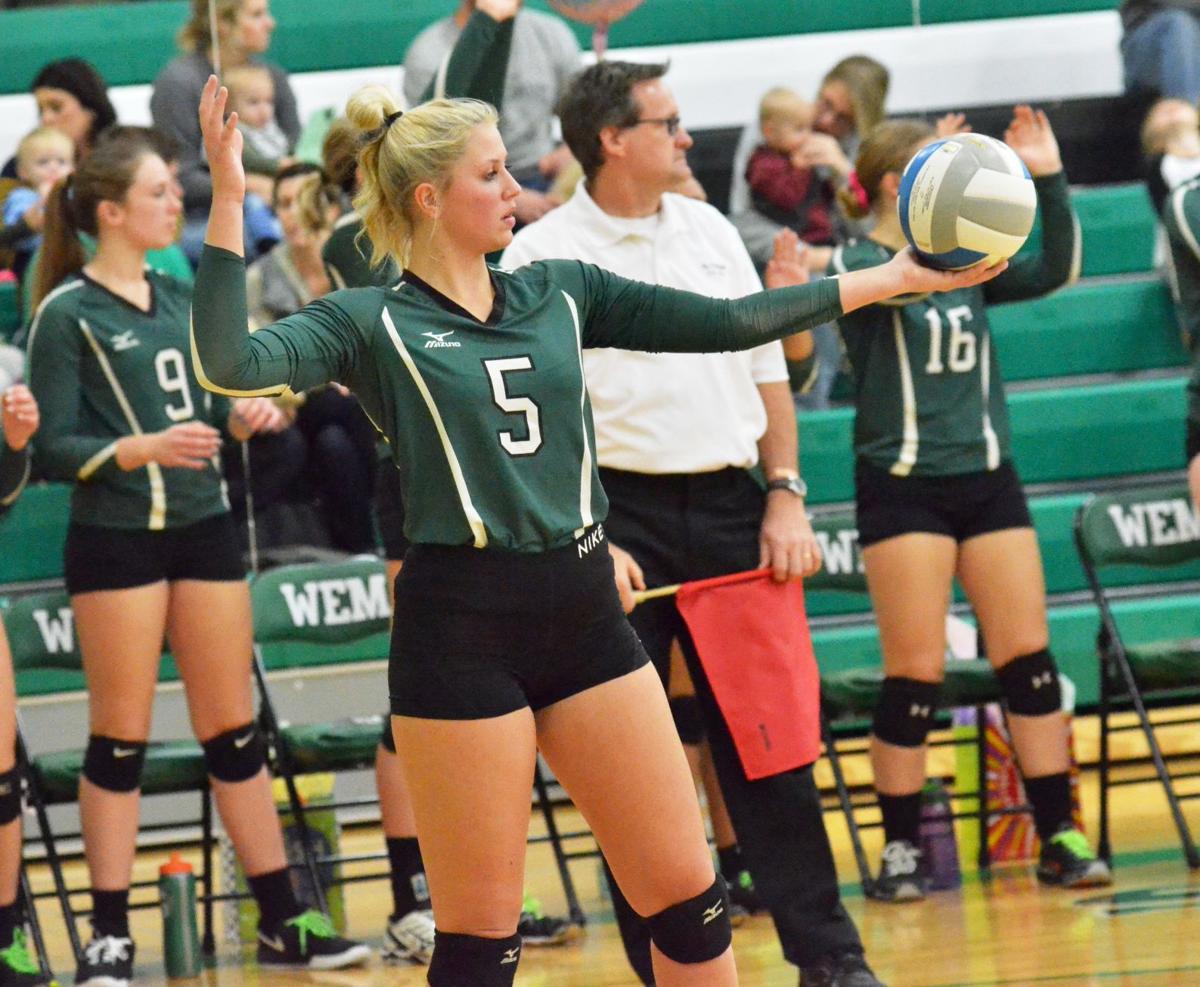 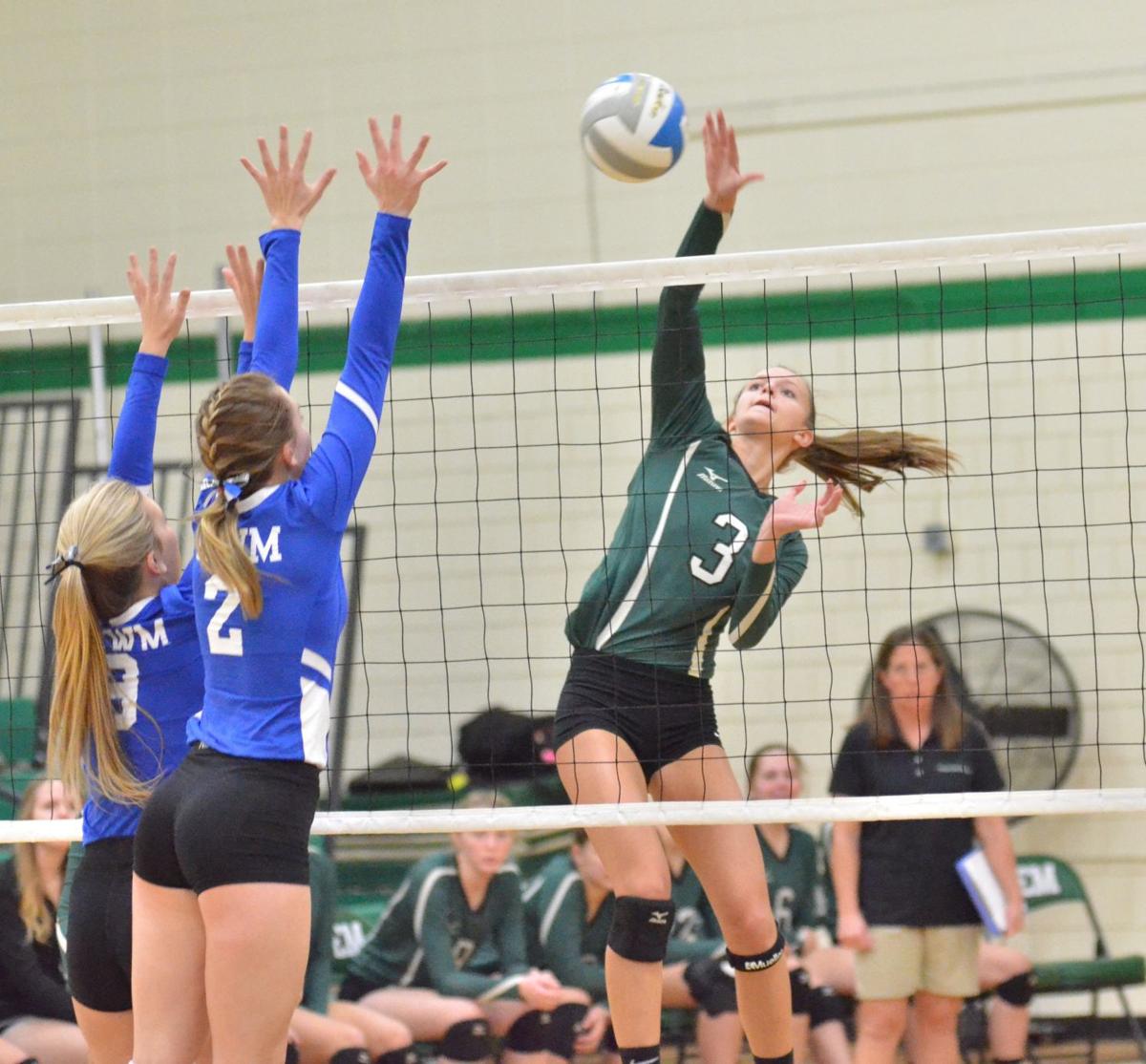 WEM junior Toryn Richards has morphed into one of the best players in the state. She leads the Bucs in kills (236) and ranks second in digs (246). (Daily News file photo)

WEM junior Toryn Richards has morphed into one of the best players in the state. She leads the Bucs in kills (236) and ranks second in digs (246). (Daily News file photo)

MORRISTOWN— Class A No. 2 Waterville-Elysian-Morristown made it not one, not two, not three, but eight consecutive sweeps by defeating Hayfield Thursday by scores of 25-14, 25-9 and 25-18.

With the win, the Buccaneers improved to 20-2 overall and 5-0 in conference play.

Toryn Richards filled up the stat sheet with 18 kills with an impressive .410 hitting percentage while also chipping in 10 digs. Delaney Donahue contributed with 13 kills (.360) and nine digs. Kylie Pittman had 14 digs and four kills. Ellie Ready led the team in assists with 42.

“This was a good conference win. It was parents night and all of our players got into the game and contributed to the win,” said head coach Crystal Lamont. “I was happy with our serve receive tonight. The girls really focused on putting the ball on target.”

The Bucs are on a great run, but this isn’t unfamiliar territory for them. Winners of the 2015 Class A state championship, WEM has competed for conference and section titles since with the likes of Bethlehem Academy and Mayer Lutheran.

Competing for another trip to the state tournament, this year’s team is different to Lamont.

“This is one of the most unselfish teams that I’ve ever coached,” Lamont said. “They don’t care about individual awards. They are very happy for everyone else’s success and that translates to the court. They want to pick each other up and play their best to help their teammates out. I think that’s what sets this team apart from any other team I’ve coached.”

Outside hitter Richards has not only morphed into one of the best players in the area, but also the state. The junior leads WEM in kills (236), is second in digs (246), and acts as a leader for the Bucs.

“Toryn has really been in a good place for us lately. Her focus and intensity is where I want to see it at this point in the year,” Lamont said. “Even if she knows a team is lower than us in the seeding, she’s still staying intense and trying to get better every night. That’s very exciting to see and she’s developing into one of the top players in the area and in the state.”

A senior, Donahue has performed night in and night out for the Bucs as well.

“All season, her hitting percentage as improved. She’s one of the big leaders on the team, both vocally and physically on the court,” said Lamont. “She had a little rough night serving on Tuesday, then tonight you could tell she was determined not to let that happen again. She’s really limiting her errors right now.”

WEM has three regular season matches remaining, including Saturday’s Varsity Invitational in Cannon Falls. Lamont is looking forward to the tournament, with it being an opportunity to get better against quality opponents.

“This weekend is always a very solid tournament. We know we need to get in there and get things done. It’s a chance to get five games against quality opponents, so we don’t want to waste an opportunity against any of the teams that we play.

While it would be foolish to count out other teams in the section, the likelihood that Class A No. 1 Mayer Lutheran will come out of Section 2A — North is probably. So, in a sense, for the Bucs, it’s all about hitting their ceiling in an attempt to take down the Crusaders.

“We know Mayer Lutheran is a top of the line team. Even if we’re in the top two, the team in the other side of the section plays really great with a lot of size. Our big focus it to keep getting better every opportunity we have on the court and I really feel like our team is buying into that. We’re building so that we can peak at the end of the season.”