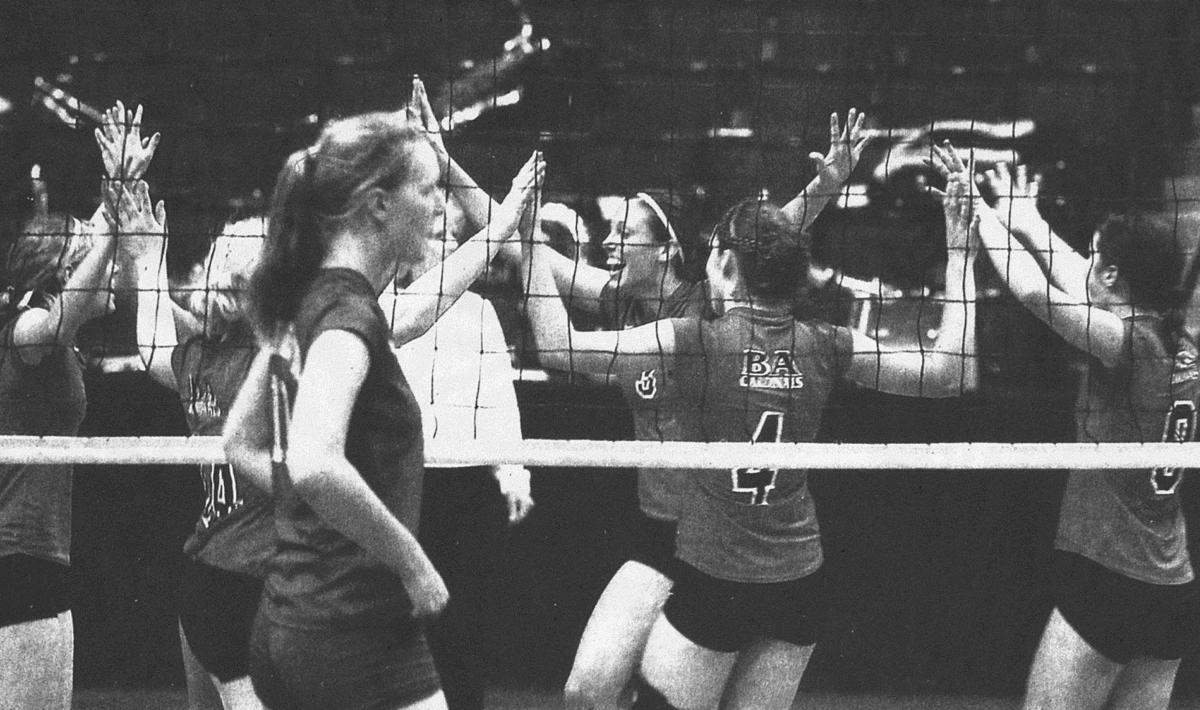 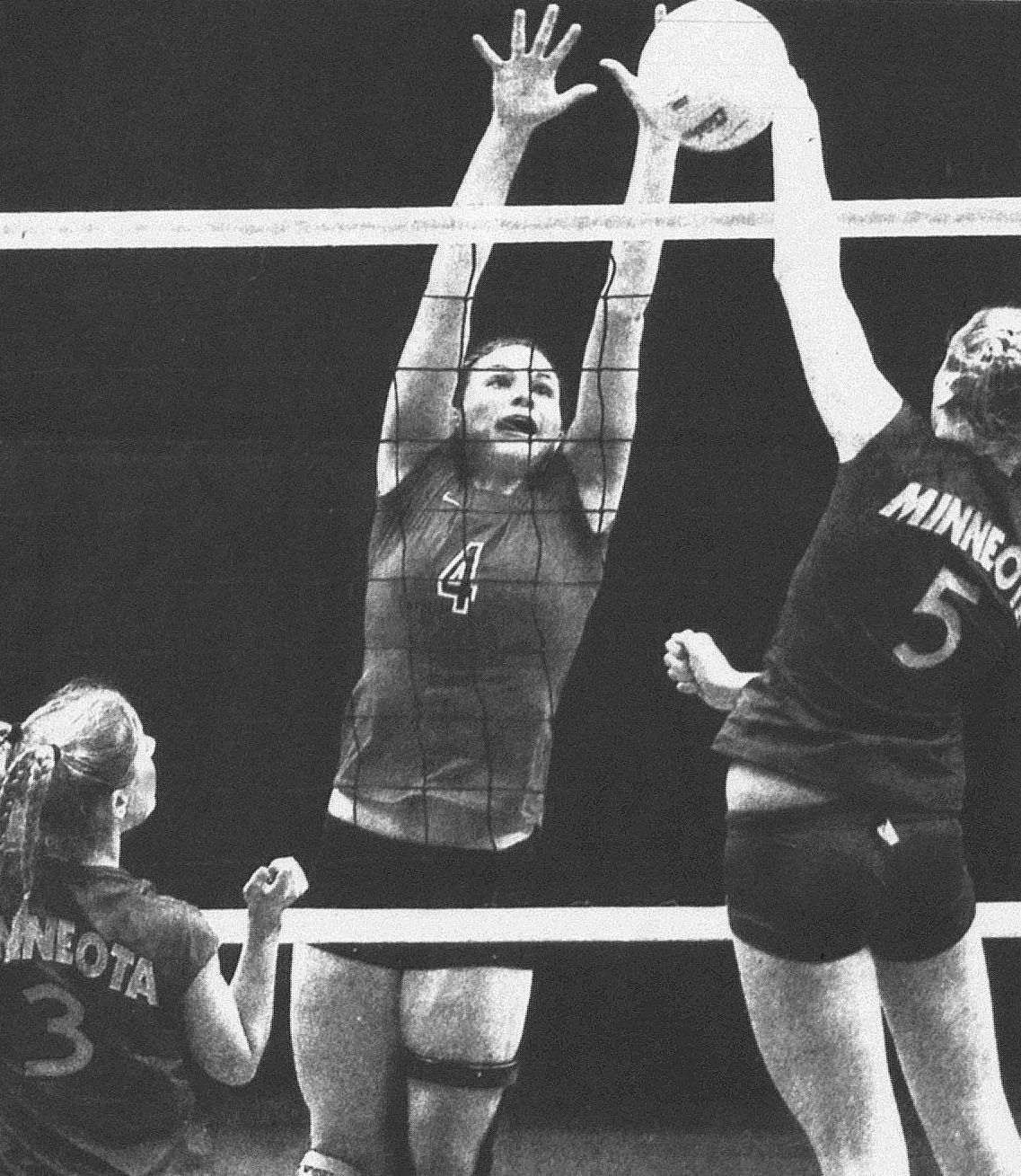 Senior Lana Brand reaches to block a shot by the Vikings’ Alyssa Buysse during the Cardinals’ first game of their 3-0 win Saturday. (Daily News file photo) 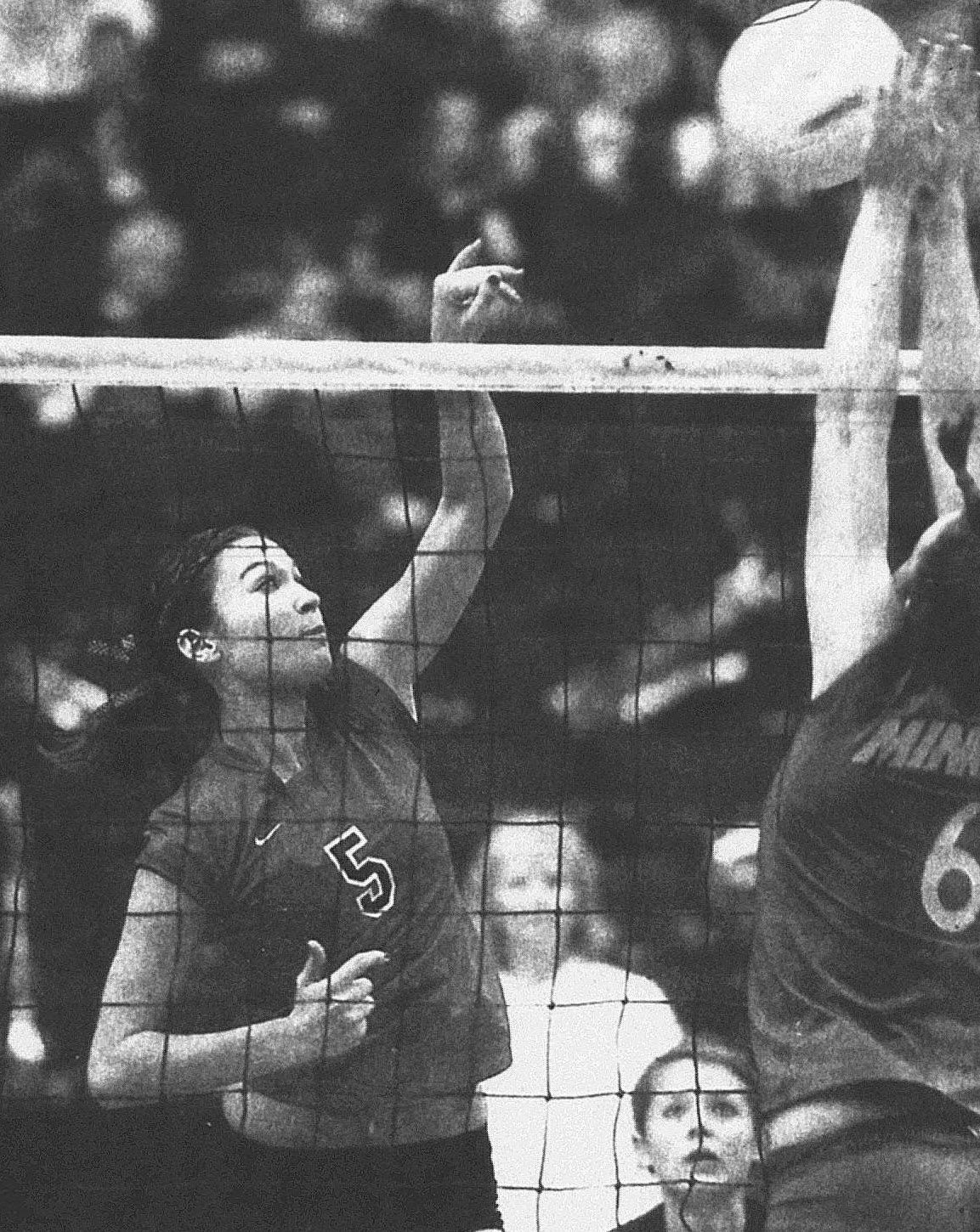 Senior Lana Brand reaches to block a shot by the Vikings’ Alyssa Buysse during the Cardinals’ first game of their 3-0 win Saturday. (Daily News file photo)

This story originally appeared in the Sunday, Nov. 13, 2005 edition of the Daily News

That was the credo the Bethlehem Academy volleyball team carried into its fourth consecutive championship match Saturday at the Xcel Energy Center. And that’s how it went.

The top-ranked Cardinals came home with their second state title in three years with a hard-fought win over No. 2 Minneota, and afterward the stories were all the same. The Cards, led by a group of eight seniors, would not be satisfied with anything less than first place this time.

“You’ve got 10 seniors — eight players and two managers — and they’ve all been a part of this for a long time,” said BA coach Franz Boelter. “You could really sense the purpose in their eyes around sub-section championship time. They just came in with a different look, different attitude — a great work ethic. They had great practices all through the tournaments, and they just decided they were gonna get it, and did a tremendous job. I thought we had our ‘A’ game here the last two days. … We had to beat four straight ranked teams to get this, and they just played great volleyball.”

Another senior captain, Lana Brand, finished the match with two powerful kills sandwiched around a Vikings sideout, spikes that the Minneota defenders had no hope of keeping in play. Brand has played all season with a brace on her knee following surgery to repair a torn ACL last winter, but she refused to let it bother her Saturday.

“I completely blocked the knee out and I just had the mindset when we came in here today that we’re gonna win, and I’m gonna do everything in my power (to help),” she said.

The Cards trailed 4-1 early in Game 1, but took a 6-5 lead on a tip by Beth Hanson and never looked back, winning going away.

Minneota got off to a good start in Game 2, and had a lead as large as six points, at 13-7, but a couple nice long tips by Hanson and another short one by Brand started BA on the comeback trail. Still the two teams traded points back and forth, with neither team leading by more than two points, until Slinger gave the Cards a 2-0 lead with a pair of kills after the teams were tied 23-23.

BA led 18-10 and seemed to be cruising toward a sweep, possibly riding the momentum of the demoralizing second-game loss for the Vikings. But Minneota found its bearings and got the score as close as four points, but could never close the gap any further.

“This whole week I’ve had the adrenaline going. Sitting in school on Wednesday and Tuesday I was just twitching,” Brand said. “I couldn’t do anything. I just wanted to go to the banquet and go play. The last couple points of the game, it was like, ‘Come on, I wanna go!’”

Slinger and Brand both led the Cards with 14 kills each, while Slinger had 19 digs and Sammy Von Ruden had 16 and Hanson 11. Hanson guided BA’s offense with 31 assists on 110-for-11 setting. Slinger, Hanson and Von Ruden were all named to the Class A all-tournament team, as did the Vikings’ Hayley and Ashley Hennen and Alyssa Buysse.

“I can’t even believe this. I can remember when we started volleyball in fifth grade, when our jerseys were hanging down below our knees and our knee pads were bigger than our heads,” said libero Betsie Sprengeler. “To ever think we’d make it here as a team, everyone — all the parents and coaches — they always said, ‘This group of people are something special.’ We gave it our all, and this team is amazing.”

“Obviously we weren’t gonna be the clear-cut (favorites this year after losing Bethany Boelter, Marissa Valentyne and Erica Kriechbaum to graduation) by any means,” Hanson said. “But we had all played together for such a long time. ...We’ve had so much success, I knew if we worked hard, we could (get back to the title match).”

Boelter couldn’t help but well up a little as he watched the Cardinals mob each other on the floor after the final point.

“I just get a rush when I see them do stuff well, and really work hard to get it,” he said. “I’m kind of a softy for stuff like that. I get a little teary eyed fairly frequently.”