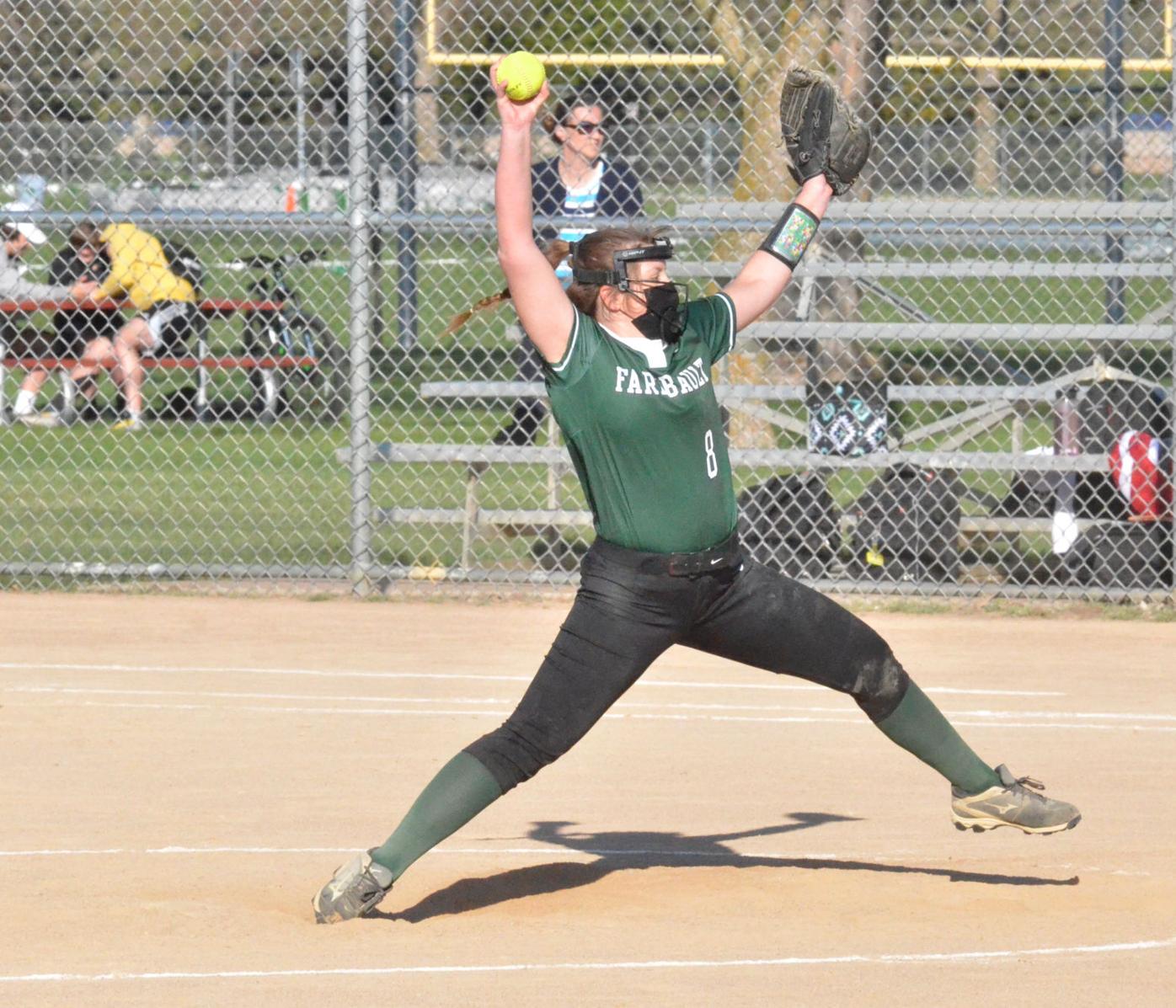 Faribault eighth grader Alayna Simon winds up for a pitch during Tuesday’s 17-1 victory against Austin at Alexander Park in Faribault. Simon allowed only three hits during the win. (Michael Hughes/southernminn.com) 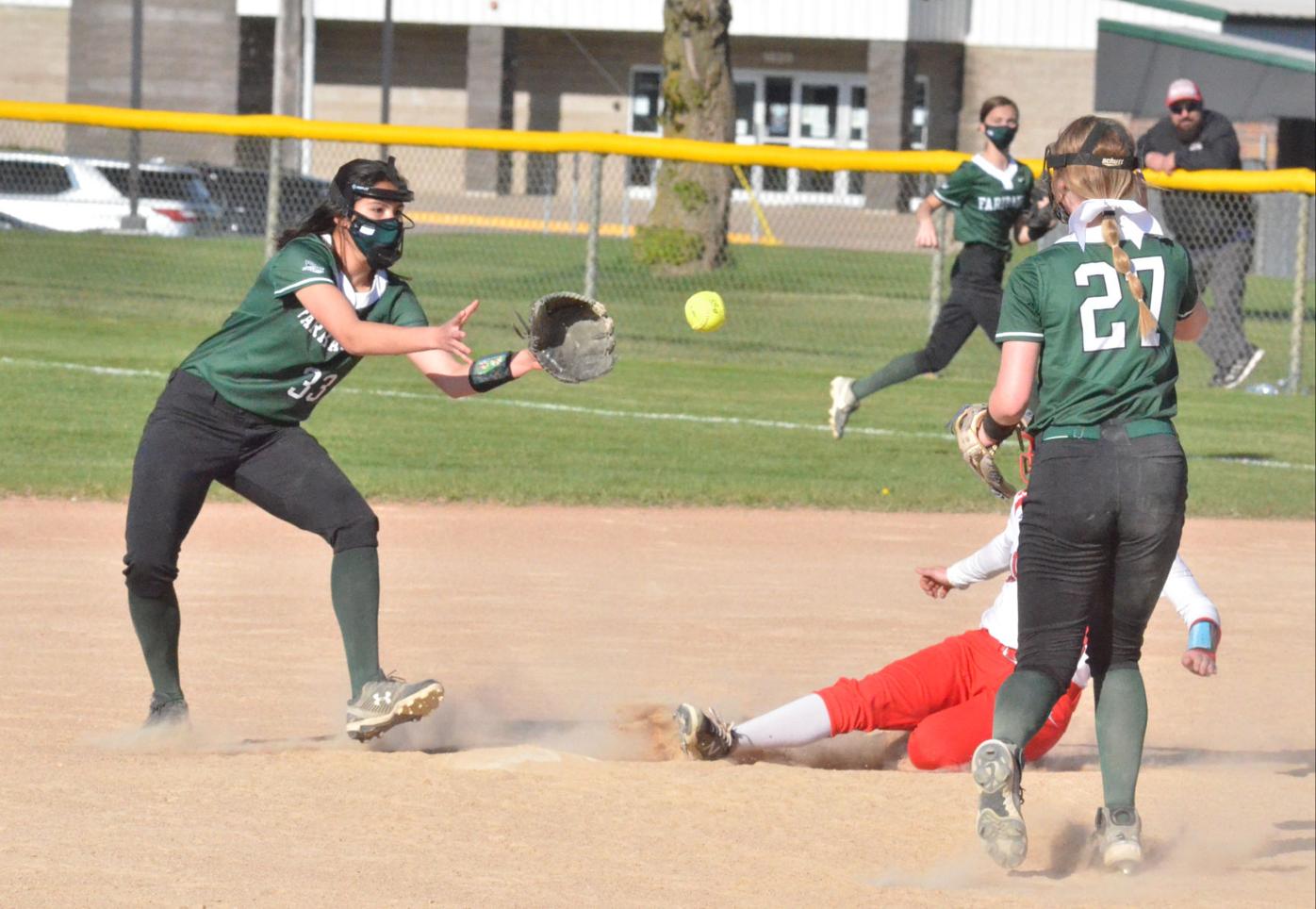 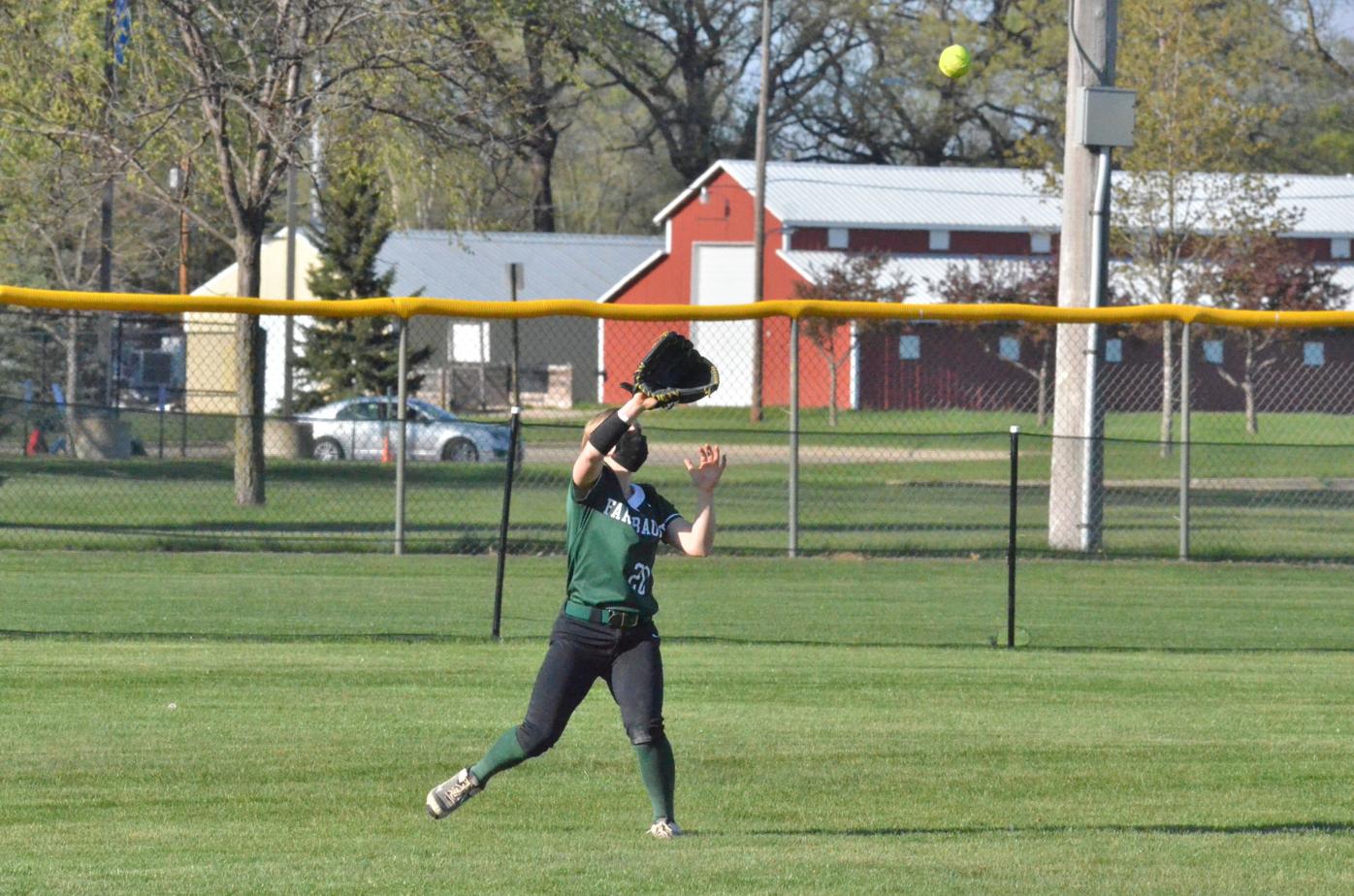 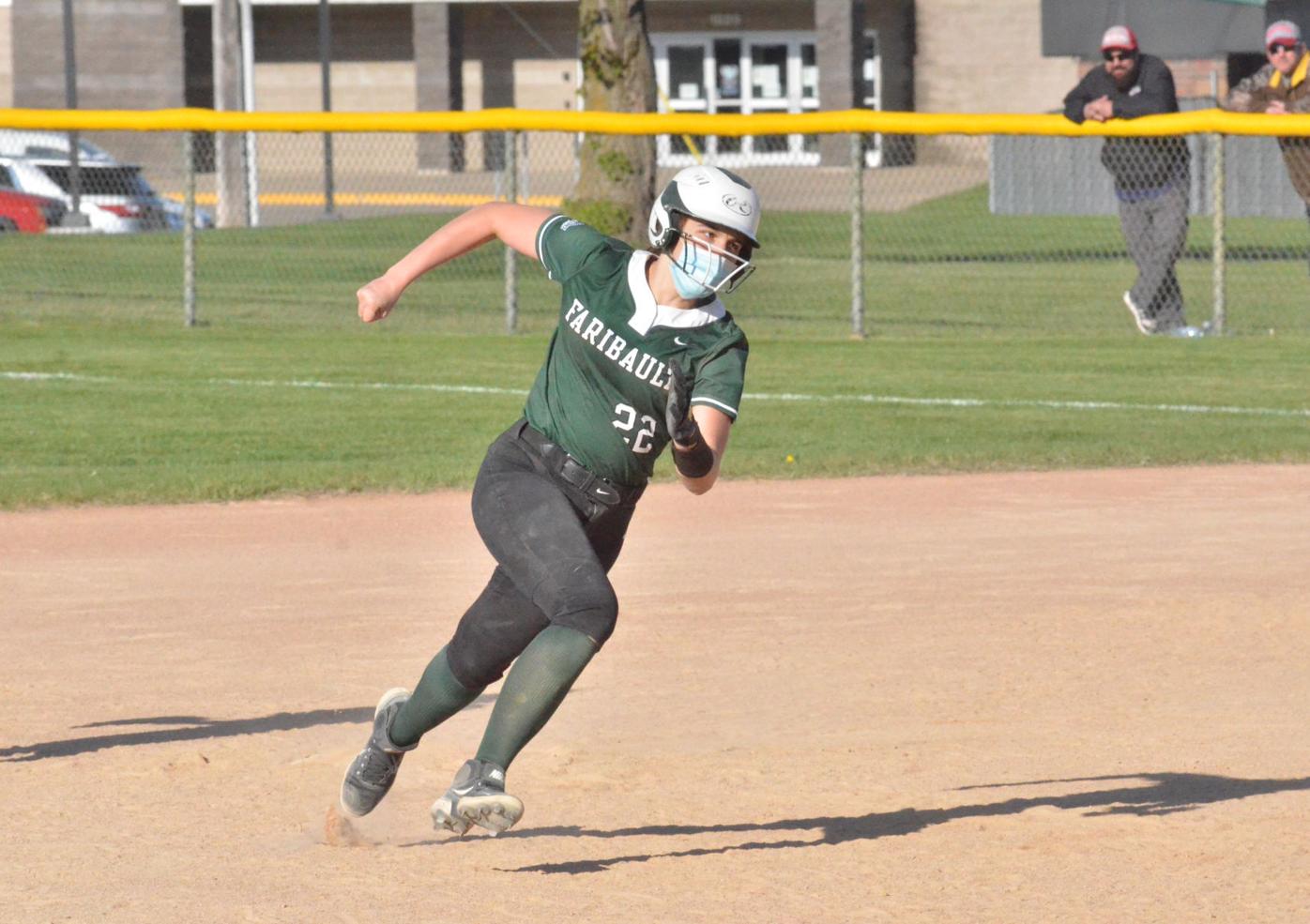 Faribault freshman Olivia Smith races around second base during Tuesday’s 17-1 victory against Austin at Alexander Park in Faribault. (Michael Hughes/southernminn.com)

Faribault eighth grader Alayna Simon winds up for a pitch during Tuesday’s 17-1 victory against Austin at Alexander Park in Faribault. Simon allowed only three hits during the win. (Michael Hughes/southernminn.com)

Faribault freshman Olivia Smith races around second base during Tuesday’s 17-1 victory against Austin at Alexander Park in Faribault. (Michael Hughes/southernminn.com)

She wanted the Falcons to show her they belong in the everyday lineup with a constant string of quality at-bats and hard contact.

Faribault more than answered the call in a 17-1 four-inning victory against Austin.

“They all showed up,” Boatman said. “They made it a little more challenging for me about who I wanted to put in that lineup and I felt really good that whoever was going to go up to bat was going to hit it hard and they were going to make some good contact.”

In total, the Falcons piled up 16 hits and worked five walks to create a constant stream of traffic on the bases.

“The first time around people started to gain their confidence,” Boatman said. “They got a couple looks and just started believing in themselves.”

The offensive standouts and highlights from Tuesday afternoon created a hectic scorebook. Freshman Reagan Drengenberg finished 3-for-3 with a double, two singles and a walk. She scored three times. Alli Velander scored three runs as well, while she slapped a double and a single, and drew a walk.

The only real offensive flaw came via occasional lapses on the bases, but even those were wiped away with other aggressive maneuvers that garnered extra bases and runs.

“I think it just comes from getting that confidence and experience,” Boatman said. “We haven’t had a lot of people on base, so now that we have it’s going to become the expectation that we’re ready for it. We know what we’re practicing tomorrow.”

Tuesday’s win completed a season sweep of Austin, with the second victory more decisive than an 18-10 triumph April 13 that was played in a dome to escape the wintry conditions still present at the start of the season.

So while the offense created nearly the same amount of production in three less inning, Faribault’s overall run prevention showed grand strides thanks in part to eighth grade pitcher Alayna Simon, who allowed only three hits while forcing the Packers to earn any offense.

“Alayna’s been doing a great job,” Boatman said. “I think she’s given up one or two walks all season. She’s just been consistent for us and she’s not only consistent in the circle but she backs it up with her hitting, too.”

Part of the reason Simon’s pinpoint command was so effective Tuesday was the defensive alignment working behind her, which Boatman credited as the largest difference between the first and second matchup against Austin.

“We decided that we’re going to lock it up and minimize those mistakes,” Boatman said. “Some of that could have been in the dome things are harder to stop, but I think they just decided to own it out there in the field and just take pride in how they played.”