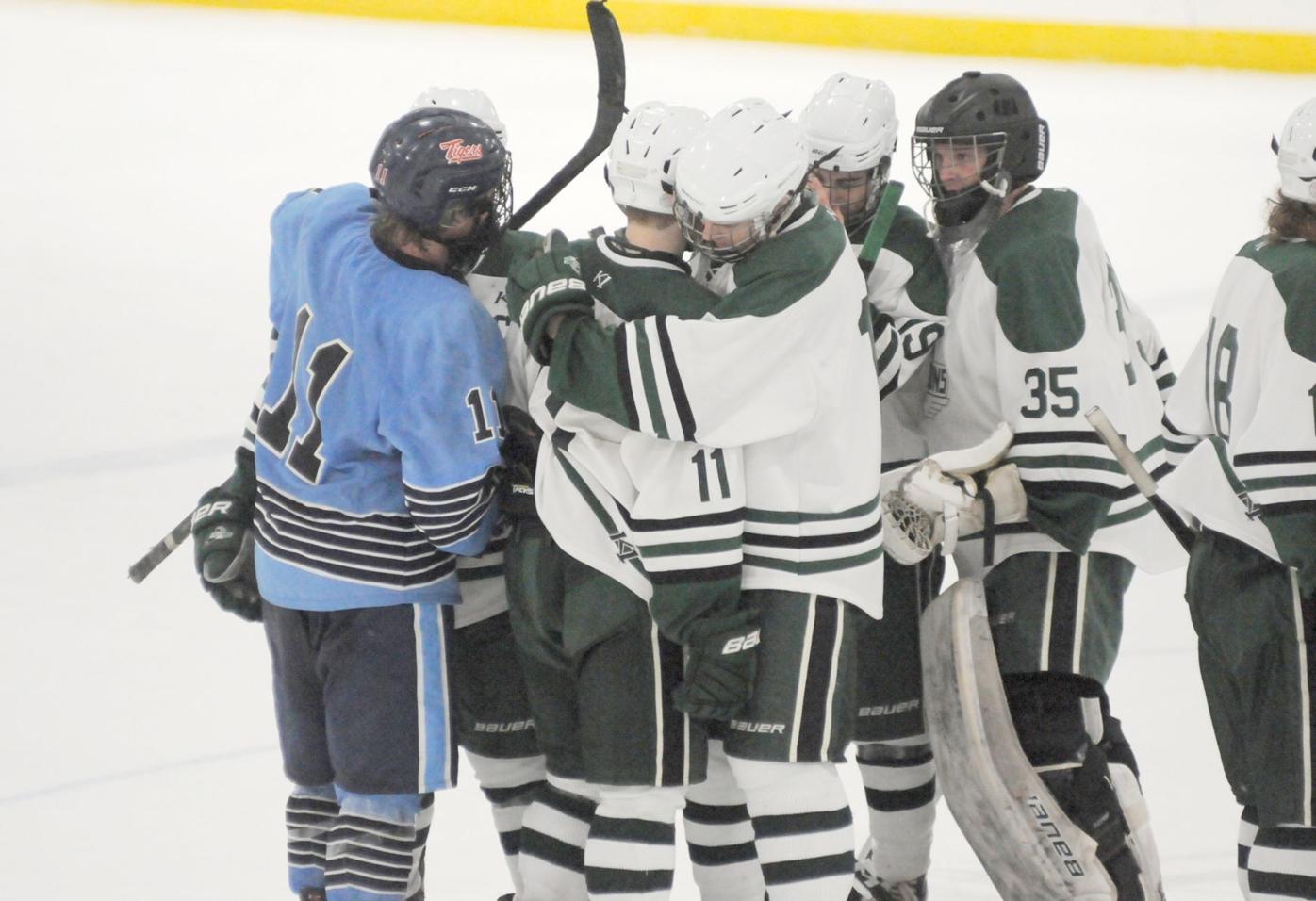 The Faribault boys hockey team reacts after Thursday's 3-1 defeat against Albert Lea in the Section 1A quarterfinals at Faribault Ice Arena. (Martin Schlegel/southernminn.com) 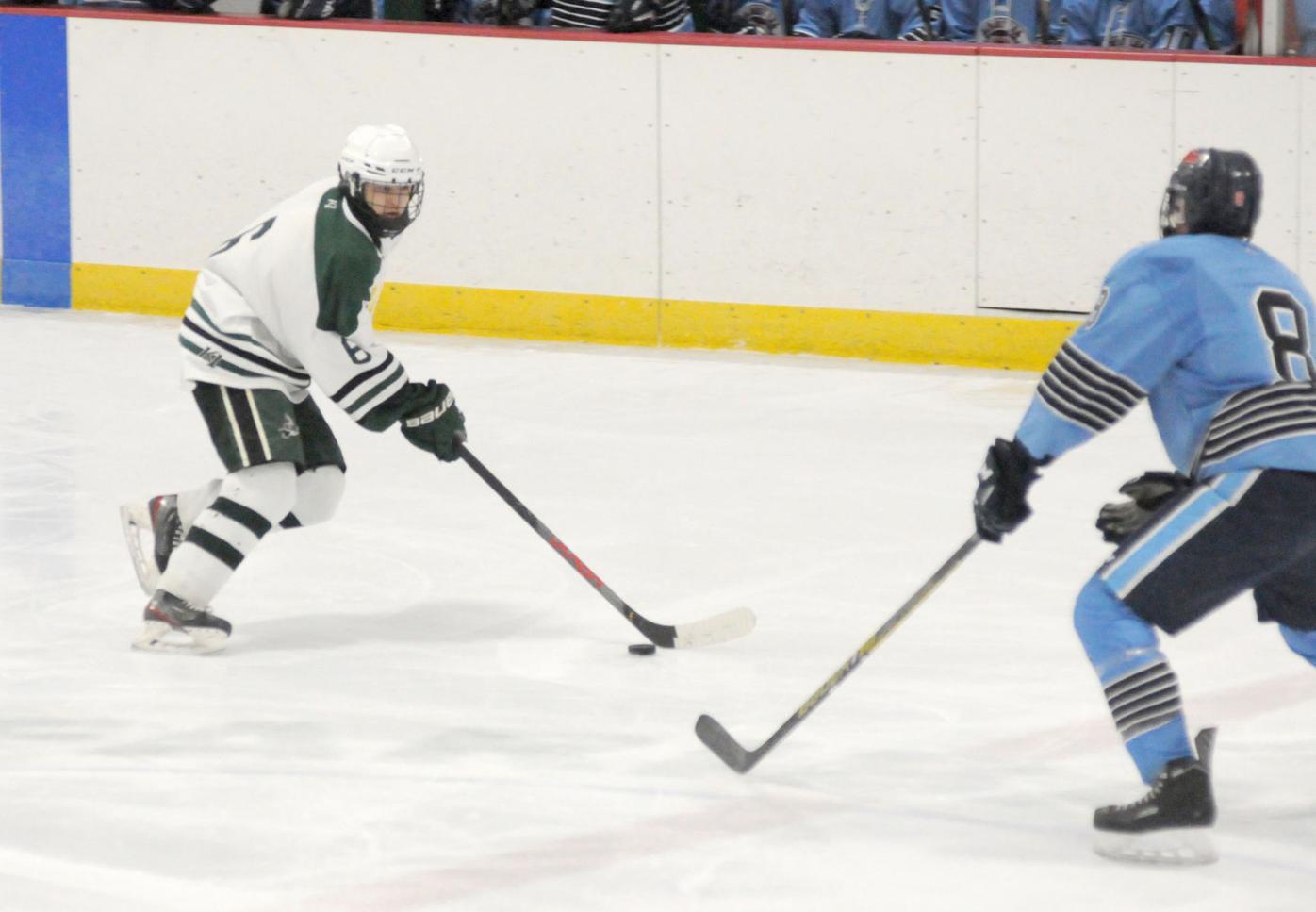 Faribault's Oliver Linnemann skates up the ice during Thursday's 3-1 defeat against Albert Lea in the Section 1A quarterfinals at Faribault Ice Arena. (Martin Schlegel/southernminn.com)

The Faribault boys hockey team reacts after Thursday's 3-1 defeat against Albert Lea in the Section 1A quarterfinals at Faribault Ice Arena. (Martin Schlegel/southernminn.com)

Faribault's Oliver Linnemann skates up the ice during Thursday's 3-1 defeat against Albert Lea in the Section 1A quarterfinals at Faribault Ice Arena. (Martin Schlegel/southernminn.com)

Nobody wanted to leave the ice. The Faribault seniors hung around center ice taking in everything they’ve been through this season and in season’s past before heading to the locker room.

Albert Lea senior Blake Ulve, along with a few others, exchanged hugs after the Tigers beat the Falcons 3-1 in a Section 1A quarterfinal on Thursday at Faribault Ice Arena.

“Everybody pulls for each other,” Faribault coach Dean Weasler said. “It sucks to be on the losing end but it is really nice to their older guys, their seniors or younger guys come and talk to our guys and vice versa. I've seen it several times this year.”

This season especially has tested everyone. Players missed out on the usual everyday activities like hanging out in the locker room after practices or games. The Falcons didn’t have some of their usual team dinners. Weasler said the players remained vigilant all season to do everything they could to keep it going health wise.

To their credit, the Falcons played much improved in the final month of the season. The group of seniors have not always had that success in past seasons.

Weasler praised the seniors for continuing to improve even when the wins were hard to come by or their final year was interrupted by a pandemic. They stuck with it and stuck together.

It took just 31 seconds into the third matchup of the season between the two teams for the Tigers to take a lead. It also was the first time the Tigers had scored at full strength against the Falcons.

“They scored on a play we talked about. They like to come from the side and hit the guy in the slot,” Weasler said. “We just got caught scrambling.”

From there, the Falcons battled to regain themselves. They were able to draw a pair of first-period penalties, even getting some brief 5-on-3 time. A fantastic opportunity to tie the game, but the Falcons went 0-for-2.

Tiger goalie Dakota Jahnke denied Zach Siegert on a breakaway in the closing minutes of the first period. In the second period, Siegert had a cross crease pass broken up. Kory Johnson nearly scored on 2-on-1 shorthanded. Then, after Faribault's lone goal late in the third, Jordan Nawrocki had the team’s best shot from the low slot but Jahnke was there to make the save.

Overall, the Falcons have played well in their structured approach. They’ve excelled a defensive team. Missing on their few chances really hurt.

“We don't have a 40-goal scorer in 17 games. It's just not in the cards for us right now,” Weasler said. “So we have to play a good game (defensively), but we have to capitalize on our chances when we get them. Tonight that didn't happen for us. It's unfortunate. We just weren't quite good enough defensively to win 1-0.”