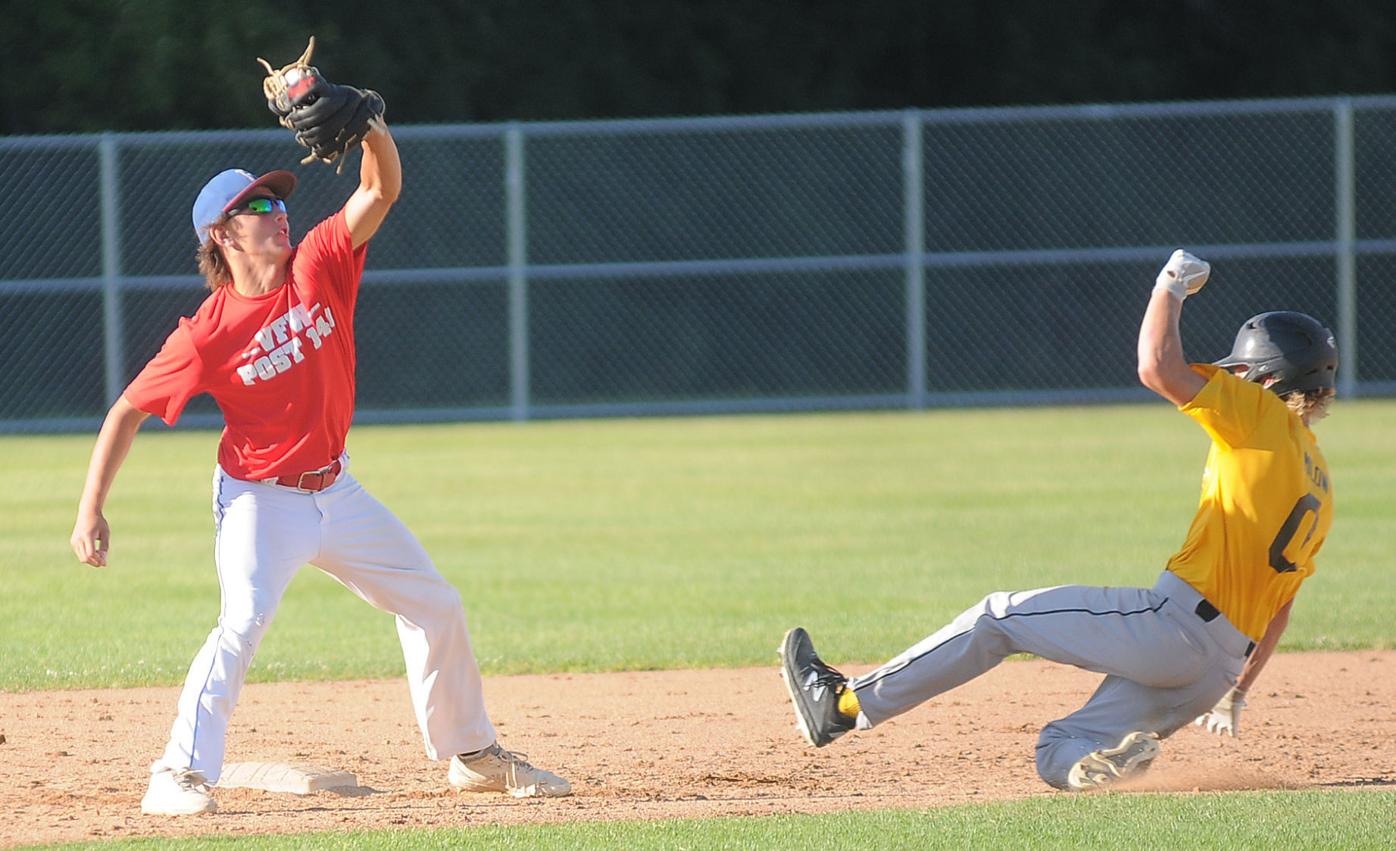 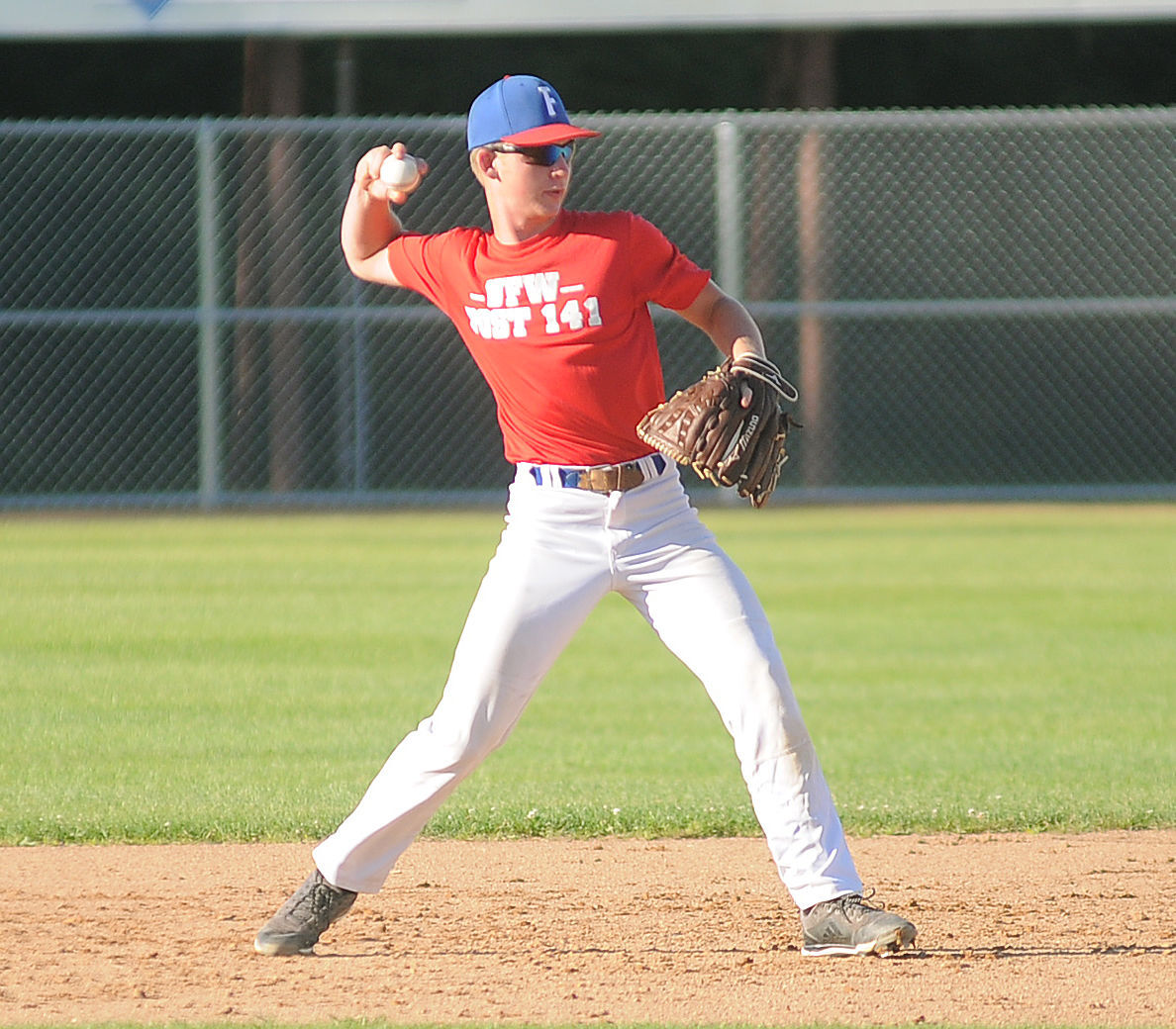 Faribault second baseman Jack Knudson makes a throw to first base Tuesday against Mankato East at Bell Field in Faribault. Faribault dropped both games of a doubleheader. (Nick Gerhardt/Daily News) 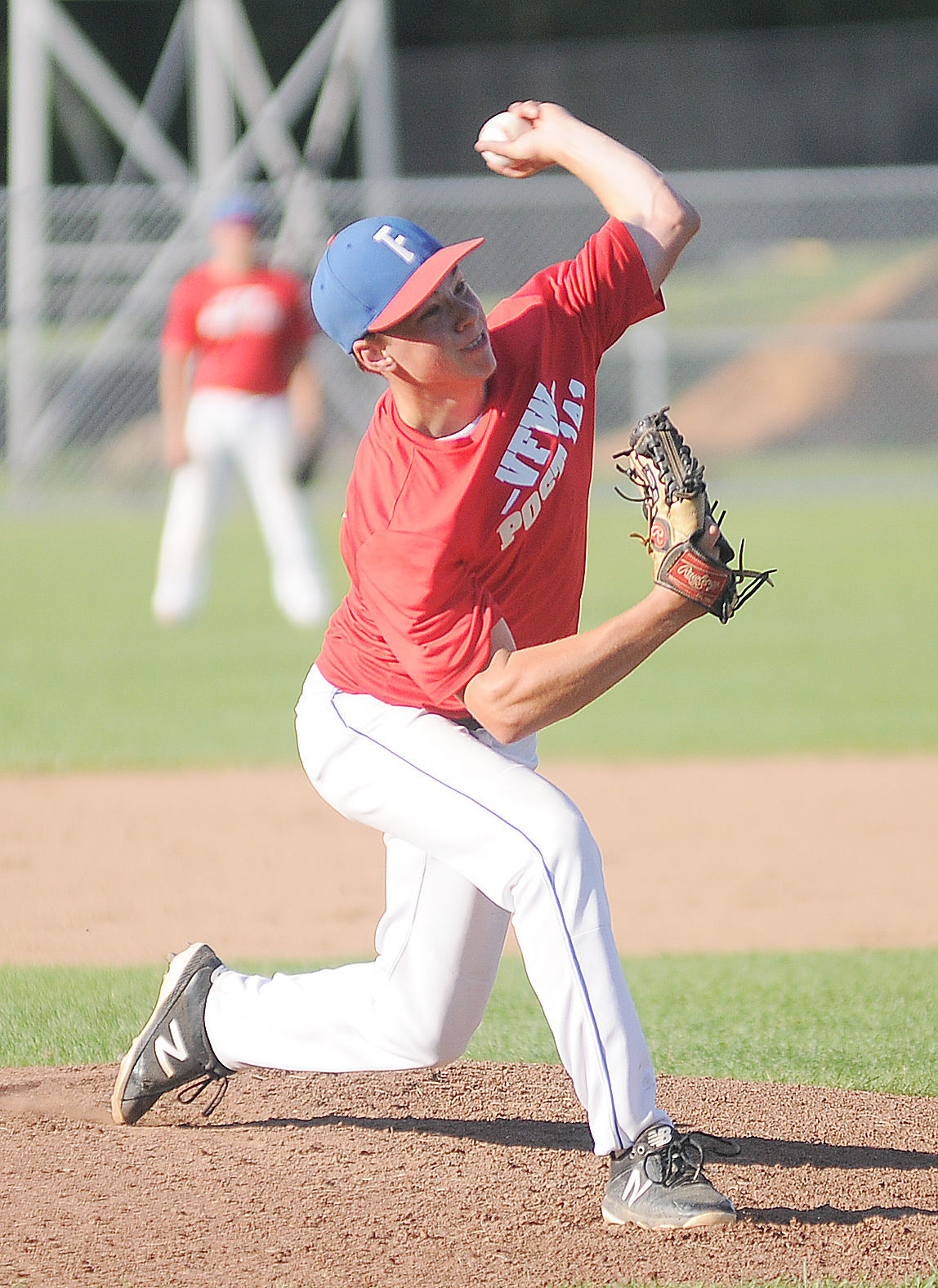 Faribault second baseman Jack Knudson makes a throw to first base Tuesday against Mankato East at Bell Field in Faribault. Faribault dropped both games of a doubleheader. (Nick Gerhardt/Daily News)

A late rally once again came up short for Faribault Tuesday against Mankato East at Bell Field in Faribault.

Faribault didn’t get on the scoreboard until the fifth inning and Mankato East held on for an 8-7 victory.

Mankato East capitalized on its scoring opportunities while Faribault fanned 13 times at the plate, leaving 10 runners on base.

Mankato East grabbed a 1-0 lead in the first inning after a lead-off double eventually scored. In the second, it added three more as three consecutive two-out singles kept the inning going.

Mankato East’s lead grew to 7-0 after the fourth inning as two walks, a single and an error brought in three runs.

Faribault finally responded in the bottom of the fifth inning with four runs to make it a 7-4 game. The first four batters reached to start the inning after Zack Slinger got hit by a pitch to start the inning. John Palmer singled and Noah Murphy singled to set the table for Aiden Tobin, who singled to score two runs. Tobin and Murphy later scored after stealing home.

The rally continued into the sixth inning when Faribault got three runs to tie it 7-7. Slinger started the inning with a single and scored on a two-out double by Hunter Nelson, along with Tobin, who drew a walk. Nelson later scored on an error to tie it.

As soon as Faribault tied it, Mankato East took the lead back in the top of the seventh. A lead-off single turned into a run after a ground out and a two-out single.

Faribault’s Jake Dolter reached on a dropped third strike to start the bottom of the seventh, moved to second on a ground out and swiped third to put the tying run 90 feet away. After a strikeout Murphy walked for runners on the corners but a grounder back to the pitcher ended the game.

Tobin finished 2-for-4 while Slinger and Palmer each went 2-for-4. Nelson and Tobin each had two RBIs while Teddy Calmer and Jordan Nawrocki each had base hits.

Faribault’s Jackson Reineke dealt Tuesday in his start against Mankato East at Bell Field in Faribault as he threw five shutout innings before two errors led to an eventual 3-0 win for Mankato East in the first game of a doubleheader.

Reineke allowed just five hits and two unearned runs in a six-inning start. He walked four and struck out six in the tough-luck loss.

In the sixth inning, Mankato East had a base runner reach on an error to start the frame and then with two outs another error allowed him to score to break the shutout. Another run later came in on a single when Faribault could’ve been out of the inning.

Three straight walks loaded the bases in the top of the seventh for Mankato East but it got just one run on a sacrifice fly after JJ Malecha came in to end the threat with back-to-back strikeouts.

Faribault had its chances, including the bottom of the seventh when Henry Schoolmeesters walked with one out. Reineke hit a two-out double and Teddy Calmer drew a walk but a strikeout ended the game.

Faribault left 10 runners on base and missed out on a bases-loaded situation in the second inning. Six of those runners were left in scoring position.

Aiden Tobin went 2-for-4 and Reineke also had a pair of hits. Jordan Nawrocki, Brad Sartor and Jackson Warmington also had hits.

Aside from the two late errors, Faribault had a good day in the field, snagging a couple of liners, including one that turned into a double play. Ayden Qualey snared a liner and fired back to first where a Mankato East runner had strayed.