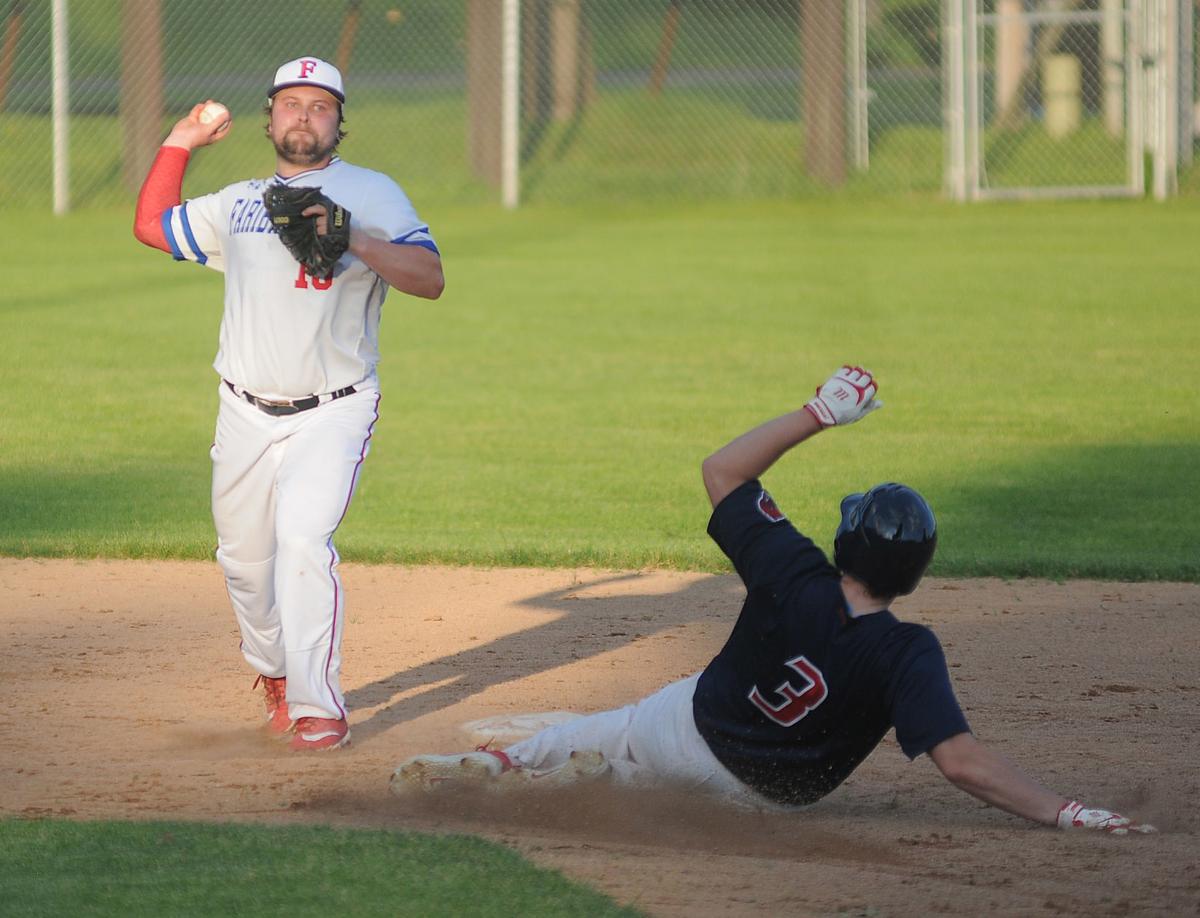 When you hit into a triple play in the first inning it’d seem to indicate a long night ahead.

The Faribault Lakers hit into a first-inning triple play Wednesday at John Burch Park in Cannon Falls en route to a 10-0, eight-inning loss to the Bears.

Matt Lane hit into a triple play by lining out to second base, Cannon Falls’ second baseman Zeke Williams stepped on second base and threw to first to complete the triple play.

The Lakers failed to mount much of a threat the rest of the way.

The Bears got to Lane, who started on the mound for Faribault, in the second inning for three runs. Lane walked two hitters and hit another batter. Derek Johnson and Jake Christenson drove in runs for Cannon Falls. Johnson drew a bases-loaded walk and Christenson hit into a fielder’s choice to score Rich Burr and Williams.

The Lakers managed just three hits for the game. Porter Sartor went 2-for-3 and Dylan Valentyn went 1-for-2.

Quinton Lindow threw seven shutout innings, striking out six and walking one for Cannon Falls. Nick Drinken closed the game out in the eighth by striking out the side.

Pete Haggerty went 2-for-3 with two RBI and Carlton Lindow went 2-for-5 with a pair of RBIs.