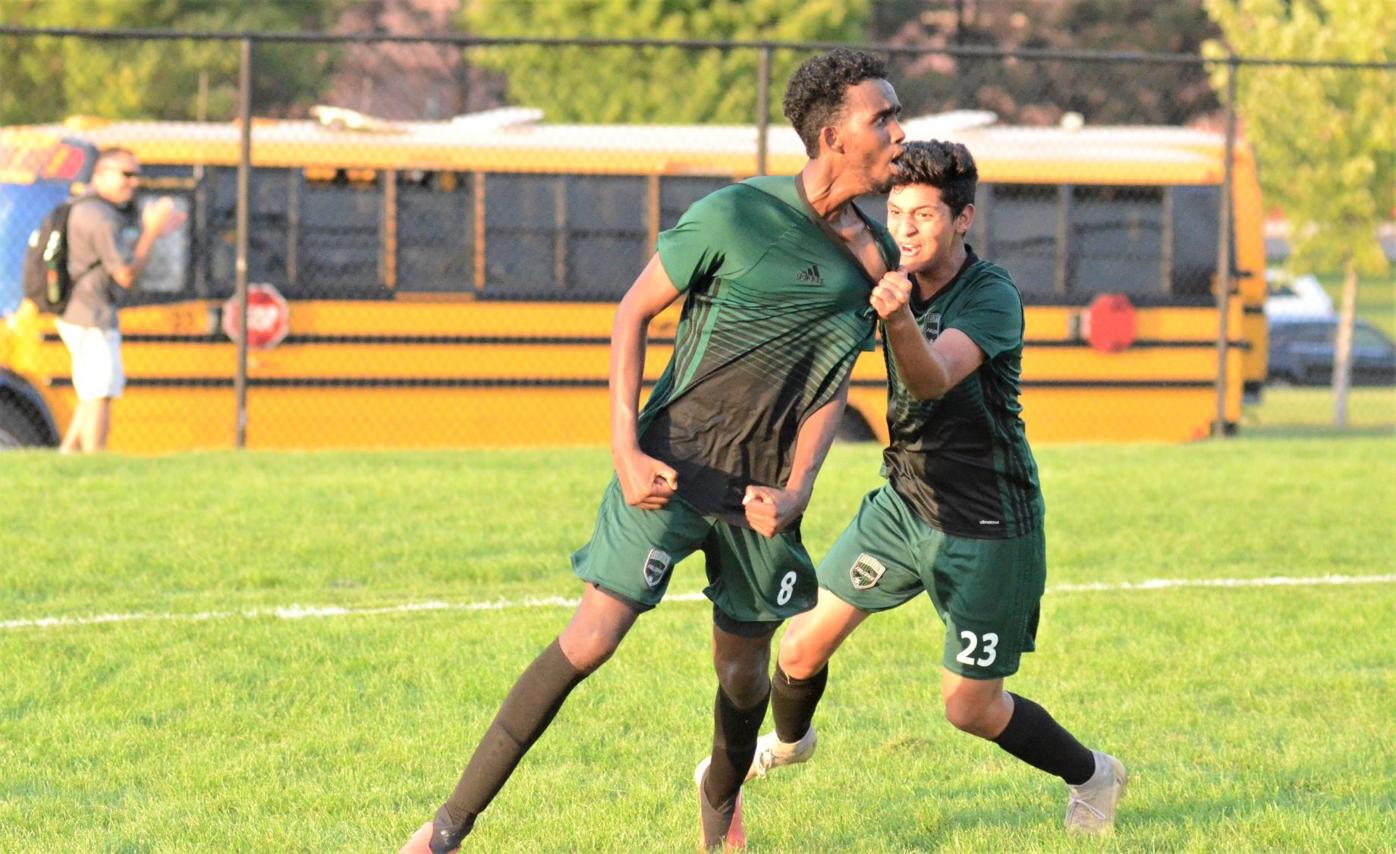 The Falcons will have holes to fill up top with the departure of their three leading goal scorers from last year, including Khadar Farah (front). Helping to fill that void will be rising junior midfielder Eddie Solis (back). (Daily News File Photo) 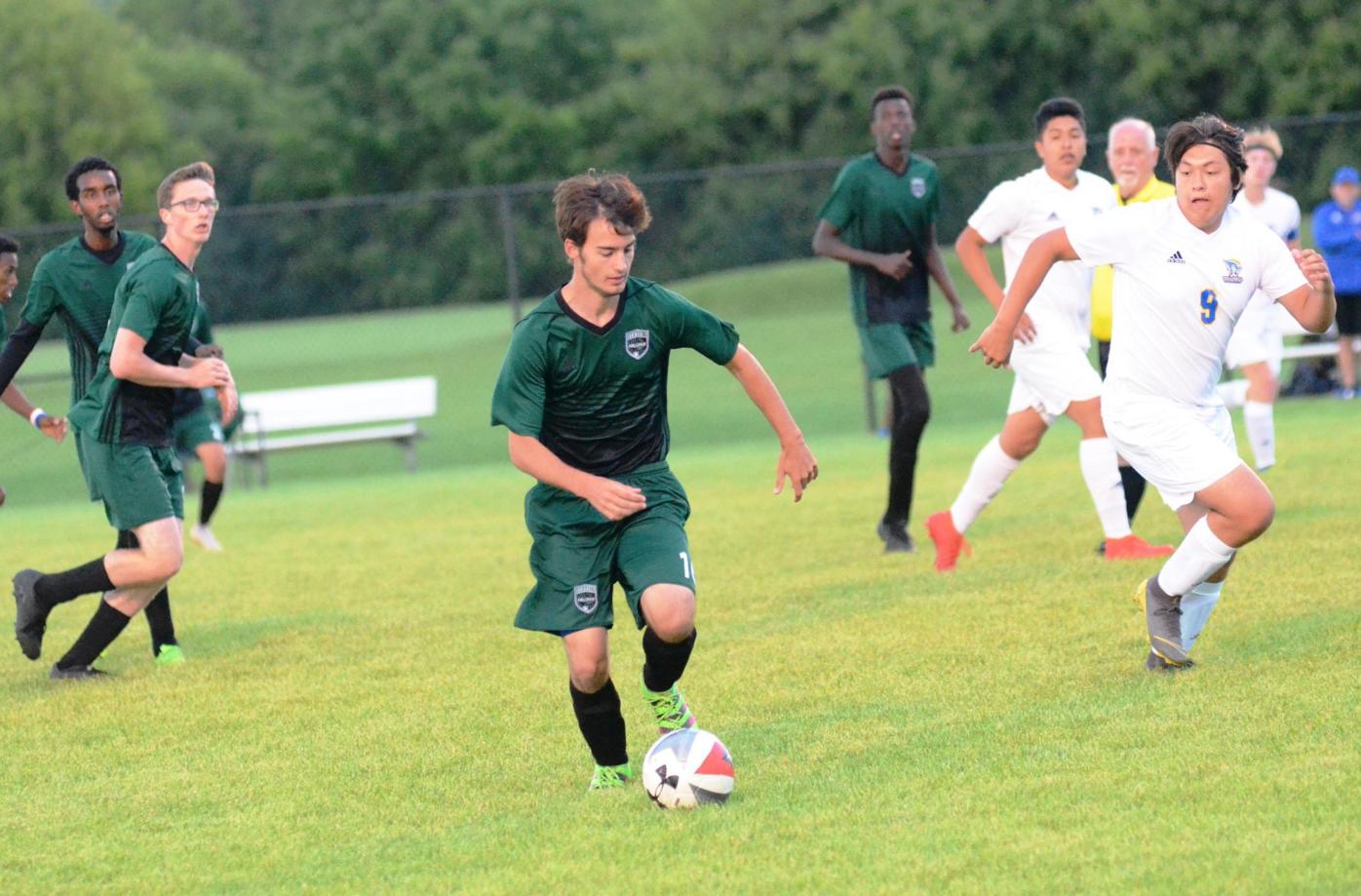 Luke Vinar is one of five seniors with varsity experience returning from last year’s team, and one of four defenders in that group. (Daily News File Photo)

The train continues to run undeterred for the Faribault boys soccer program.

After five consecutive winning seasons overall and in the Big 9 Conference, the Falcons appear poised to stretch that streak to six consecutive years.

The secret sauce for the winning recipe? Balance.

“Honestly that’s always been one of the strengths that we’ve had — having that nice blend of youth and experience going into these things,” Faribault coach Brendan Cox said. “We’ll play some teams in the Big 9 where they’re entire varsity team is 75% seniors and a few juniors. Us being able to have that consistent flow where we can maintain a nice balance of experience and talent as we go through, so there’s not two to three years of really strong teams and then you dip a year because you don’t have any experience.”

Soccer has served as the balancing force in a life of consistent upheaval for Brendan Cox.

Growing up as an Air Force brat, Cox moved around a lot growing up, but was always able to fall back on soccer to help him adjust and fit in to his new surroundings.

"When you move to a new place that was a great way to meet guys and form friendships, and I had the benefit of phenomenal coaching through all of that," Cox said.

Eventually, he started to help coach his younger brothers' teams, which expanded his love for the game onto the sidelines. Since joining the soccer community in Faribault, and taking over the head boys varsity job prior to the 2013 season, that feeling has continued to grow unabated.

Three years ago, Faribault's graduating senior class was the first that Cox ushered into the game at the earliest stages of youth soccer.

"Just watching them through the years develop and those relationships form is really — that's the driving force (for continuing to coach)," Cox said. "It's closely followed by the game itself and how much I enjoy the game and giving back to the game. It really has provided me with a lot of opportunities with people I met and things I got to experience. Being able to take what I experienced and give that experience to kids growing up...that's really what keeps me going."

Faribault will have to grapple with replacing its three leading scorers from a year ago, but Cox is confident both in the returning players from last year, as well as some underclassmen ready to make the jump from scoring junior varsity goals to repeating the task in the night’s main event.

This level of balance and depth in every class has been consistent since the start of this recent run of success.

“The success of the varsity team at the high school level has really kind of piqued the interest of a lot of the underclassmen,” Cox said. “The overall culture that we have here, too, has been good, and just in general we’re getting the game developed more. We have kids coming in and the level of competition is really there.

“Years ago kids were coming in and things were almost predetermined at times,” Cox continued. “The last few years we’ve really been able to look at where the best combinations are to bring us success, and that in turn has helped the kids to grow because we have new ways of challenging them to realize their potential.”

The challenge this year for the Falcons will be translating that continued regular-season success into postseason triumph. In each of the last two seasons Faribault suffered 2-1 defeats in its first game of the Section 2A playoffs — first against Northfield in 2018 and then against Worthington in 2019.