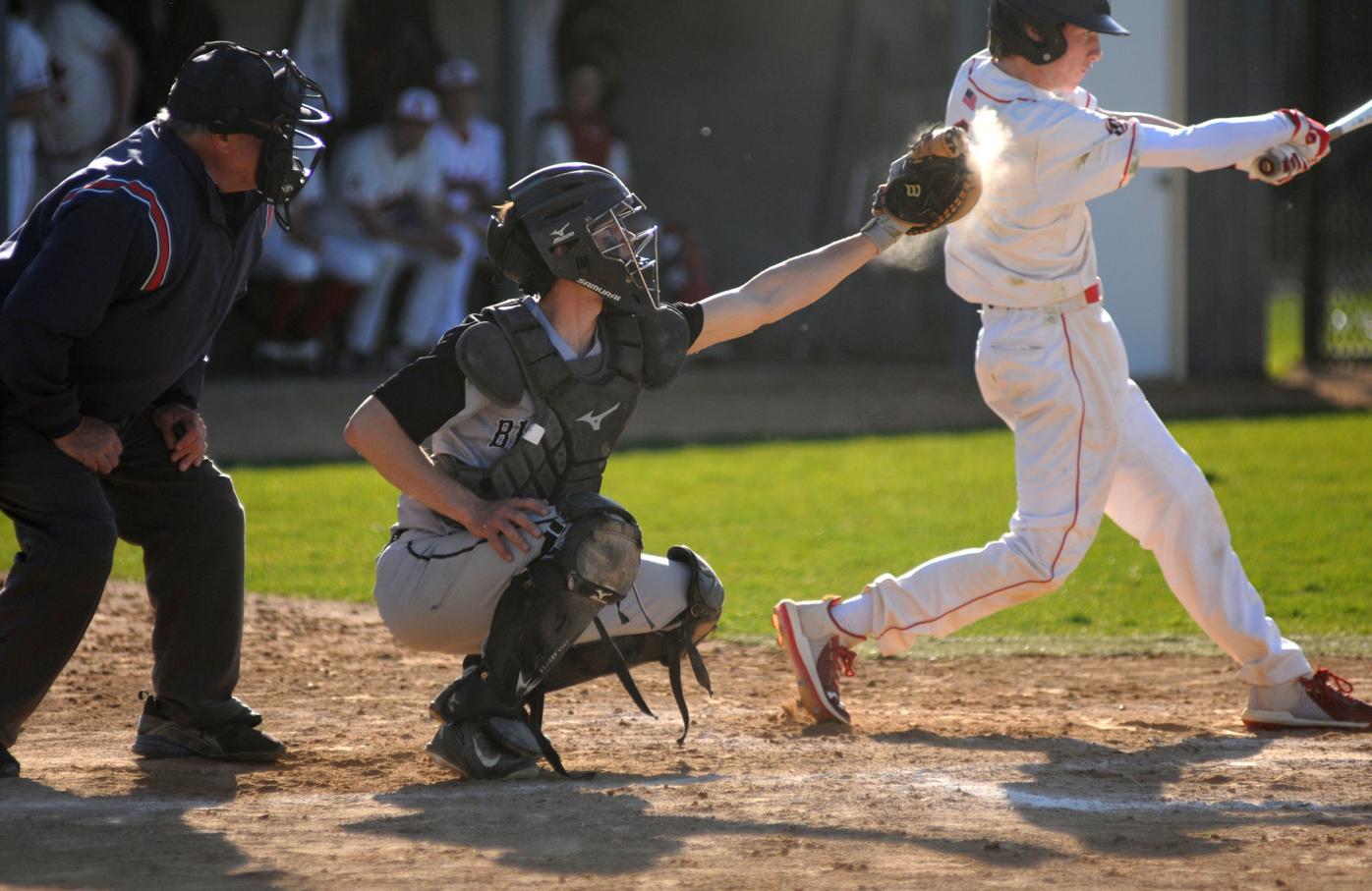 Cole Christianson didn’t have much experience behind the plate, let alone playing baseball before this season. He’s overcome that to develop into the full-time catcher for the Awesome Blossoms. (Martin Schlegel/southernminn.com) 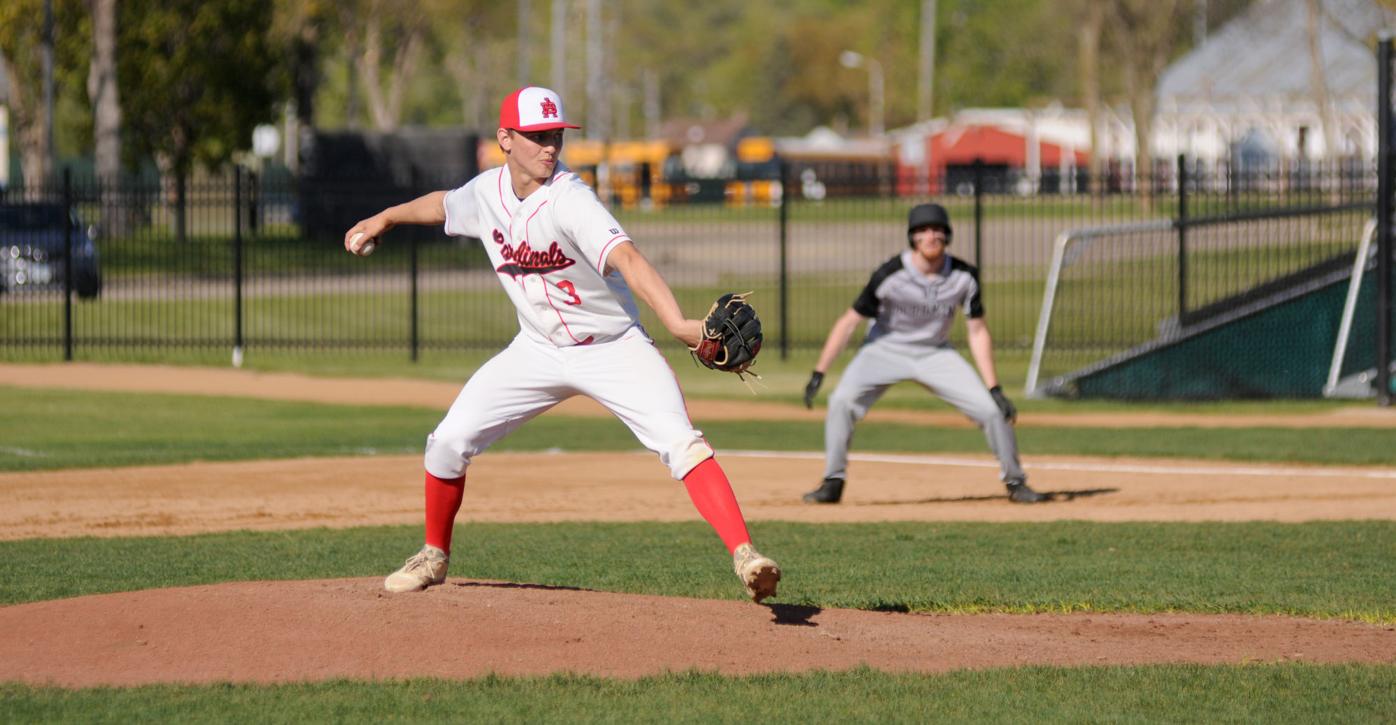 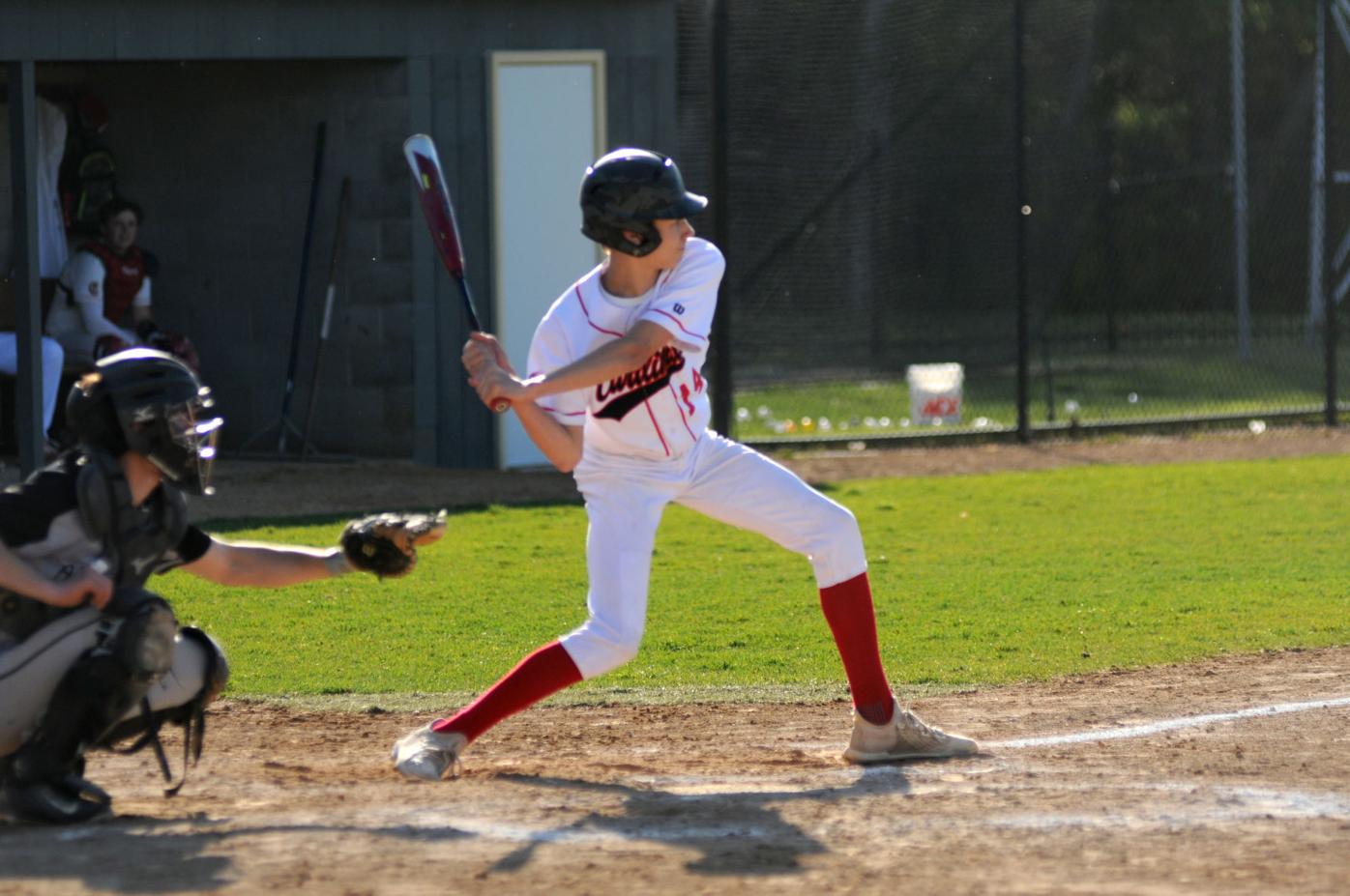 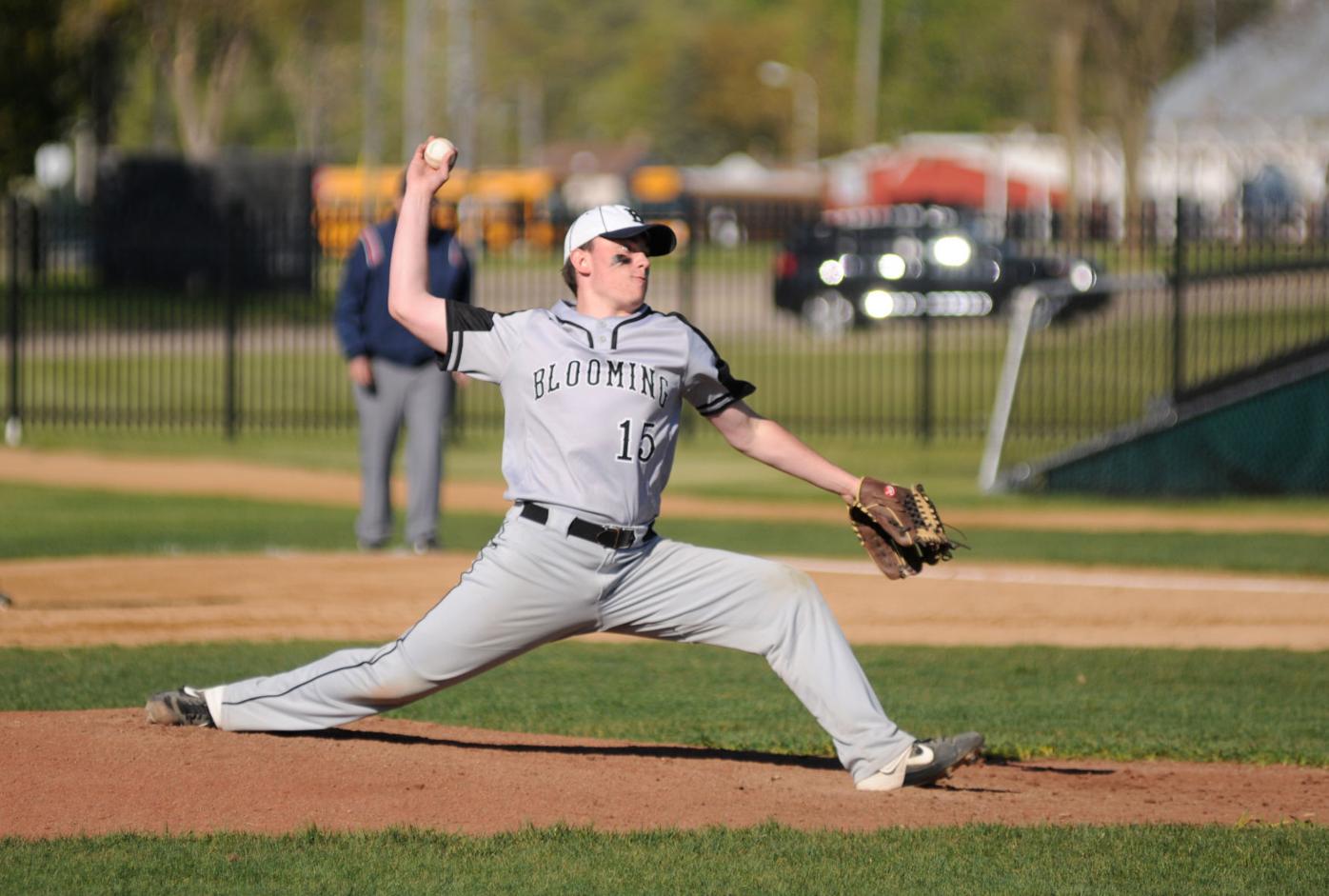 Cole Christianson didn’t have much experience behind the plate, let alone playing baseball before this season. He’s overcome that to develop into the full-time catcher for the Awesome Blossoms. (Martin Schlegel/southernminn.com)

Fielding a team made up of mostly seniors, one of them decided he wanted one last hurrah with his friends. Cole Christianson saw the Blooming Prairie baseball needed a few extra players this spring. He joined, hoping to have fun outside.

Feeling a bit cheated of a longer season in football, most of the seniors, including Christianson, wanted to stay together and “continue the camaraderie.”

He also was the only one who wanted to catch and so far, Christianson has caught every game except one, including Tuesday’s 6-3 victory against Bethlehem Academy in Faribault.

“He was the only one who said, ‘I’ll give it a whirl.’ He’s come a long way,” Blooming Prairie coach Matt Kittelson said.

Christianson hasn’t caught much in the past. He hasn’t played much baseball, either. He played some in sixth grade and sporadically in backyard games, but not in high school.

Once he’s behind the plate, though, he doesn’t feel overwhelmed.

“I don’t really feel like it’s too much,” Christianson said. “If there’s music on in the background during warmups, I’m feeling good. I talk to the batters and the ump. I like to have a good time back there.”

He’s taking up all the duties expected of a catcher. He calls his own games and at the plate has had to figure out varsity pitching. A challenge certainly, but one he’s accepted.

“I couldn’t hit the ball very well and I’m finally starting to get in a groove,” Christianson said. “Playing catcher, I didn’t realize it was such a challenging position. I thought you just catch the ball, but there’s a lot more to it than what meets the eye. I’m happy I took the challenge and came out for baseball. I can’t complain about anything.”

Ten games in with only seven left on the Blossoms schedule, being behind the plate doesn’t bother him. Except when it’s warmer.

“I do and I don’t at the same time,” Christianson said with a smirk when asked if he liked playing catcher. “It gets kind of hot. Today’s been the hottest day, and I was sweating back there.”

“You tell him something, he’s going to study it, dissect it.” Kittelson said. “He’s done other work on his own to try and get better. That’s all you can ask for.”

Christianson raved about the Blossom pitchers. Senior Alex Miller has a “mean” curveball because it bites hard at the end. Senior Dylan Johnson has been solid when he’s appeared on the mound. Luke Larkoski has many pitches that he can turn to. Chris Naatz pitches well when needed and so did Jacob Naatz in a complete-game 6-3 win over Bethlehem Academy on Tuesday.

Blooming Prairie led 2-1 after the first inning and 4-2 after the third.

Naatz settled down for the Awesome Blossoms after the third inning. He allowed just one batter to reach base through the fourth, fifth and sixth innings. Naatz struck out six, walked three and allowed three hits.

Christianson scored an insurance run in the sixth on Joe Pirkl’s hard-hit single to right in the sixth that gave the Blossoms a 6-2 lead.

The end of his high school athletic career is winding down as are a lot of his fellow seniors. Even though there’s been a lot more work to understand catching, he’s enjoyed it all.

“I’d catch for any single one of them any day of the week,” Christianson said.