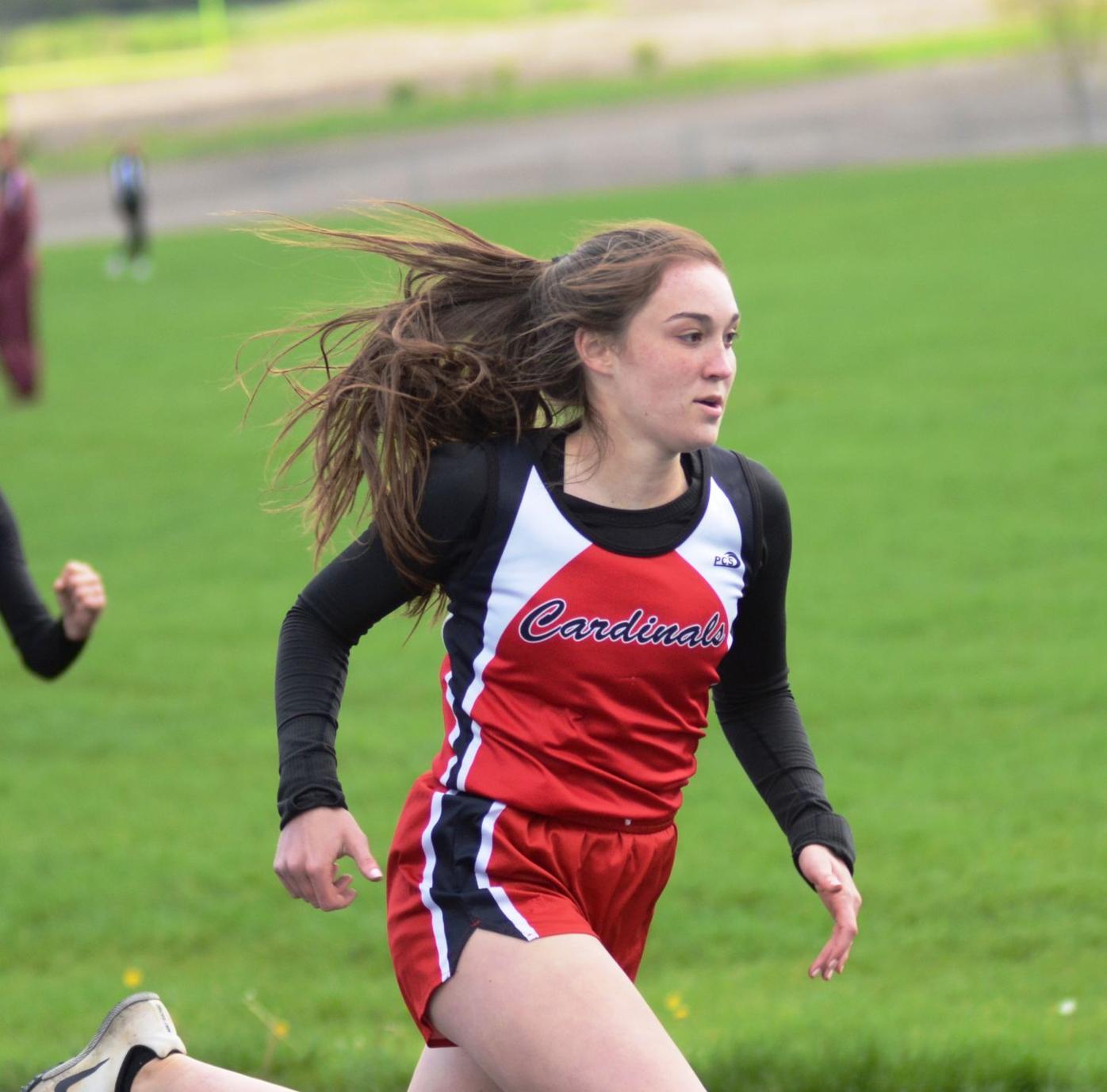 Bethlehem Academy senior Brianna Radatz owns the school records in the 100-meter and 300-meter hurdles already and is back to try and lower both those marks in 2021. (File Photo/southernminn.com) 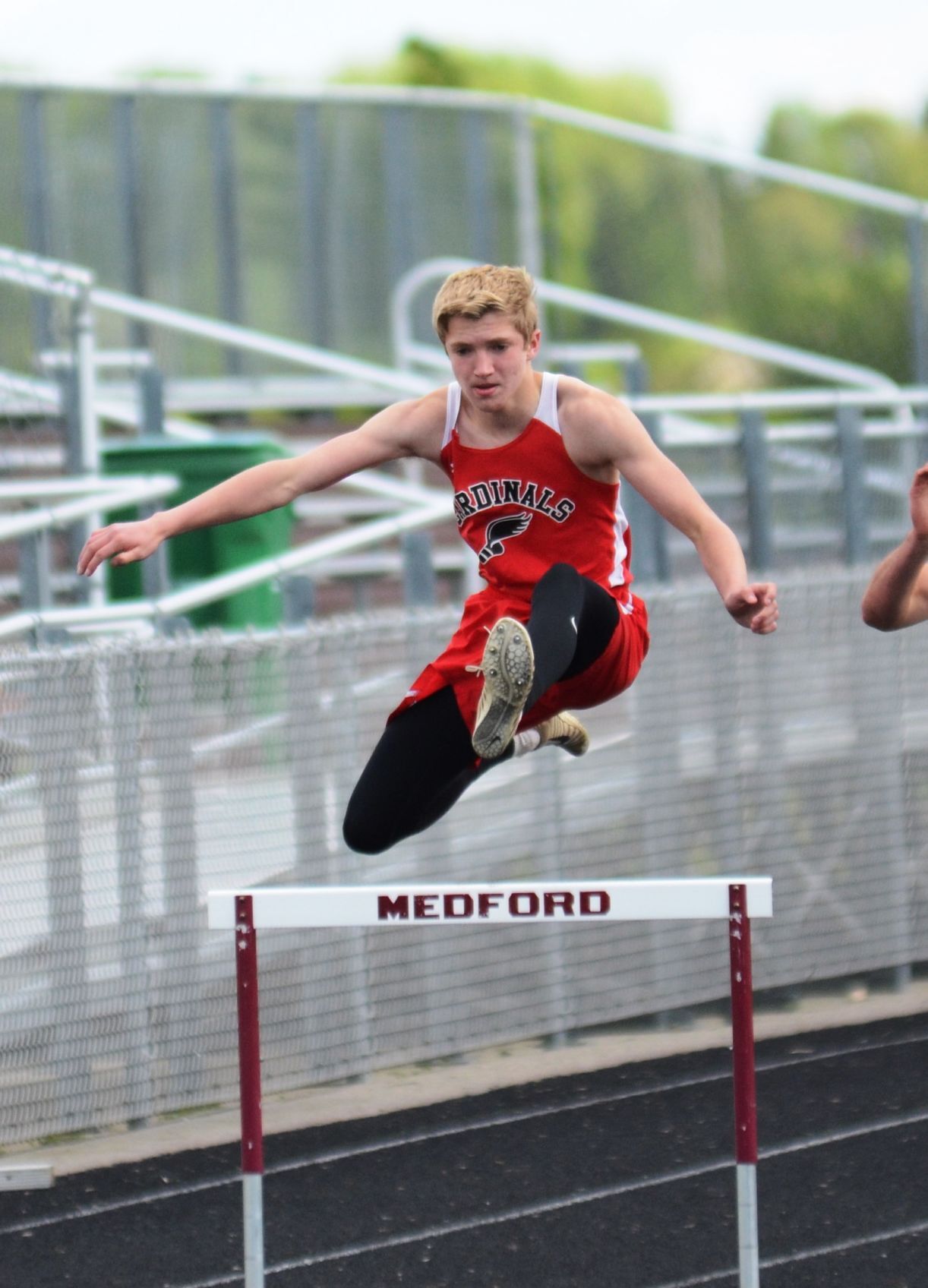 Bethlehem Academy senior Isaac Caron (pictured) and senior Jason Shuda are the two seniors for the Cardinal boys this season and return with experience in hurdles and jumping events. (File Photo/southernminn.com)

Bethlehem Academy senior Brianna Radatz owns the school records in the 100-meter and 300-meter hurdles already and is back to try and lower both those marks in 2021. (File Photo/southernminn.com)

Bethlehem Academy senior Isaac Caron (pictured) and senior Jason Shuda are the two seniors for the Cardinal boys this season and return with experience in hurdles and jumping events. (File Photo/southernminn.com)

There must be something in the water at Bethlehem Academy that produces hurdlers.

Between the boys and girls track and field teams, three of four returning senior athletes all specialize in the hurdles, with Brianna Radatz owning the girls program record in both the 100-meter and 300-meter hurdles, and Isaac Caron and Jason Shuda also competing in the jump events.

“Brianna Radatz, she’s probably our most successful athlete we have on the team,” BA track and field coach Brent Zabel said. “She’s a senior and she currently holds the records for both her primary events in the 100 hurdles and 300 hurdles. Her goal has been to make it to state, and last year she would have had a really good shot at it. The year prior to last year, she ended up placing fourth in sections in the 100 hurdles and missed second by one tenth, so very close to advancing.”

This season’s girls team is also helped by the return of senior Kennedy Tutak, an honorable mention to the all-conference team in 2019.

Zabel credited the early work this season of Shuda and Caron, who have both been with the Cardinal track program since a young age and are enjoying the benefits of that experience in a season in which that will be hard to come by for many athletes.

That lack of experience is the case for much of the rest of Bethlehem Academy’s roster, since it does skew toward the younger side.

“We’ve been spending a lot of time, just because it is a fairly younger group, just teaching them up and coaching them at different events and working on conditioning the first couple weeks this year,” Zabel said.

One of those younger athletes to show early promise include freshman Derrick Sando, who Zabel said showed up to practice with plenty of physical evidence that he’s been spending ample amount of time in the weight room. Another is junior Abby Kugler, who despite this being her first year on the team is adjusting quickly.

“From the little bit of practice I’ve seen from her, I’m impressed with where she’s at with her conditioning and I hope to see some good things out of her this season,” Zabel said.

Zabel is confident plenty other athletes will pop up with potential, but that just might not be properly discovered until a few meets into the season as Zabel sorts through where each athlete performs best.

“That’s on me as a coach to figure out what’s everyone’s best event that they’re going to excel the most in, so I’m curious to see where everyone falls under,” Zabel said. “We have our first meet Thursday, and always in that first meet I try to get kids in as many events as possible. It’s a great workout for the kids, and it gives me a lot of starting points for where kids are at.”