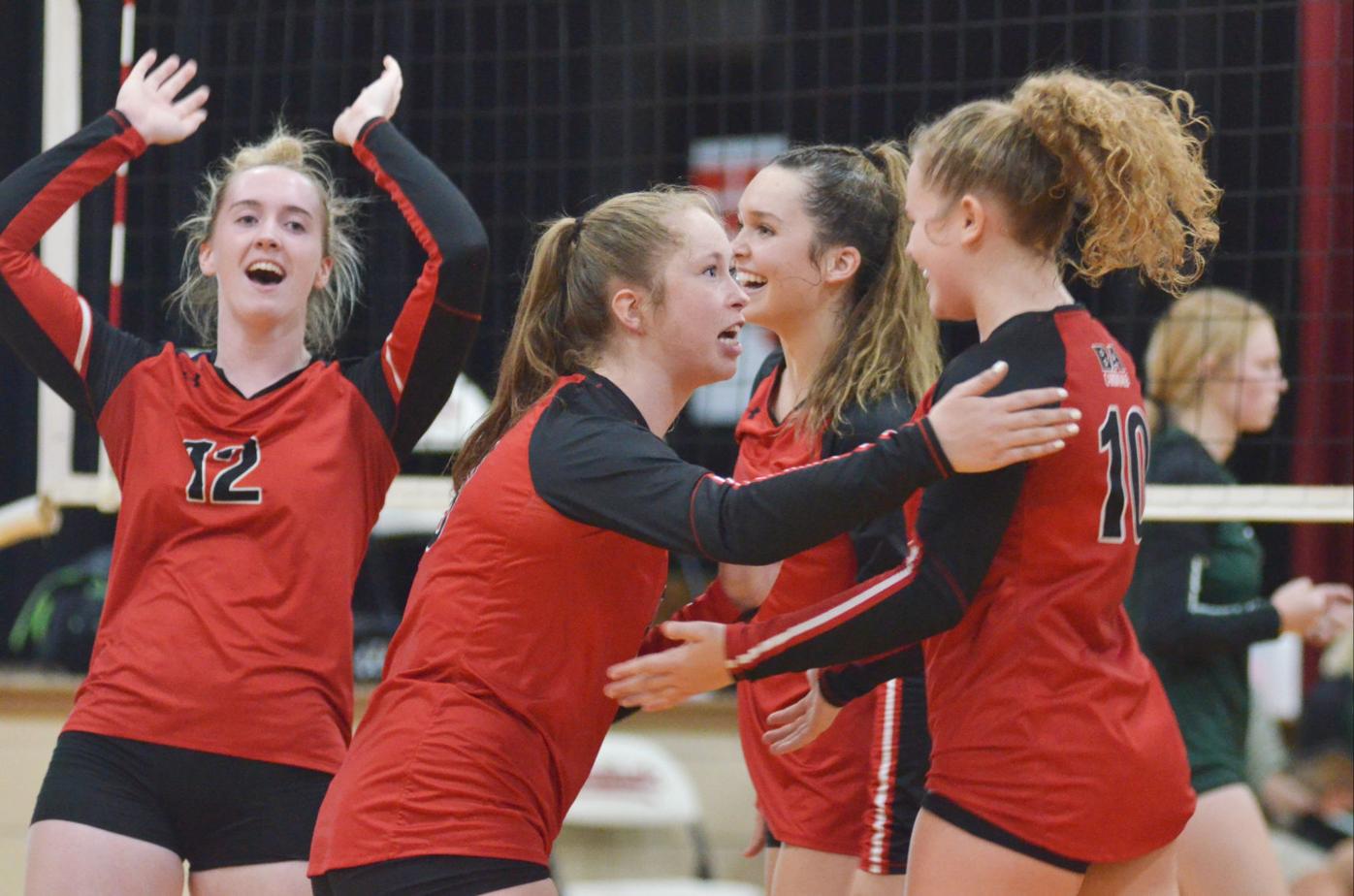 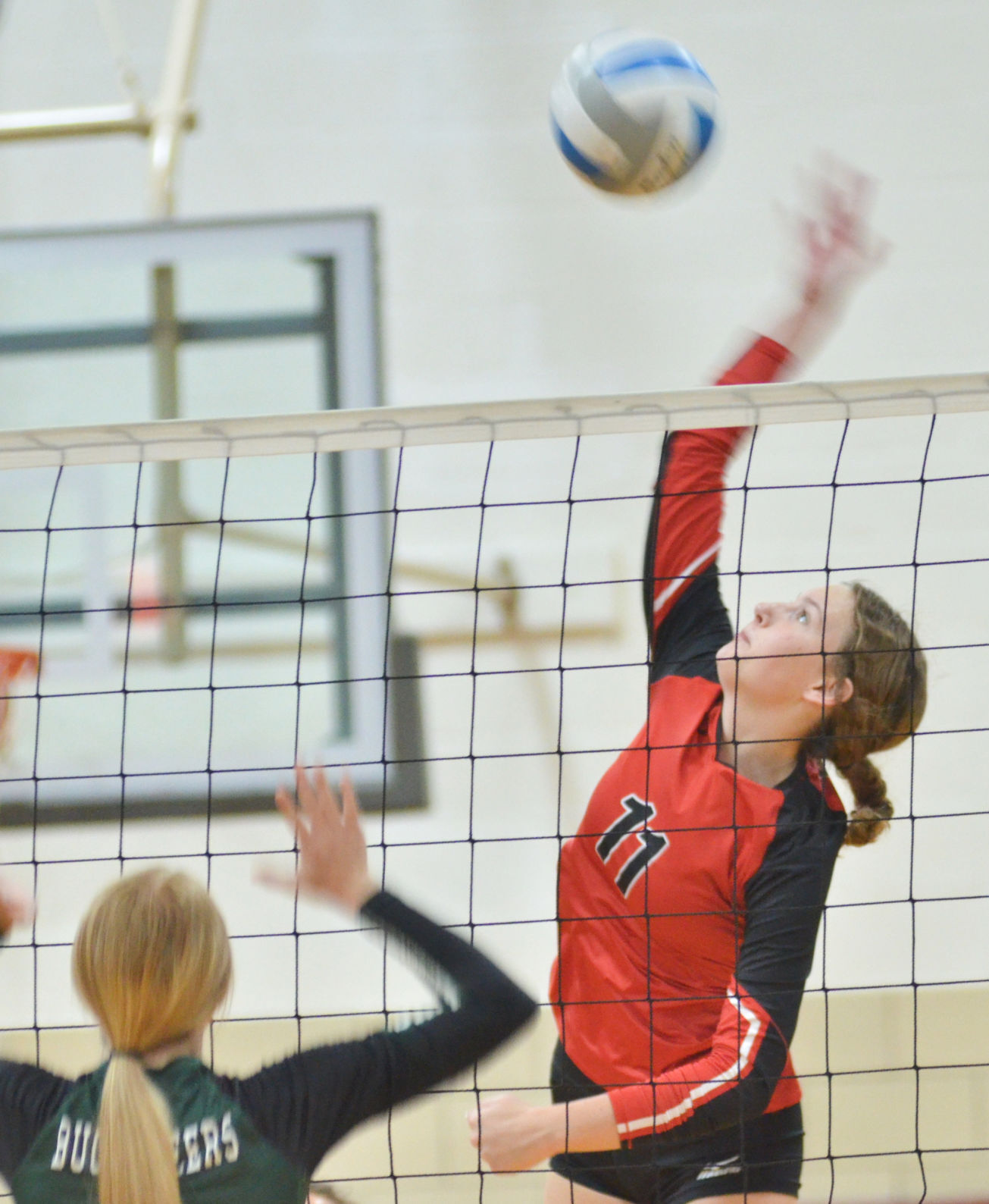 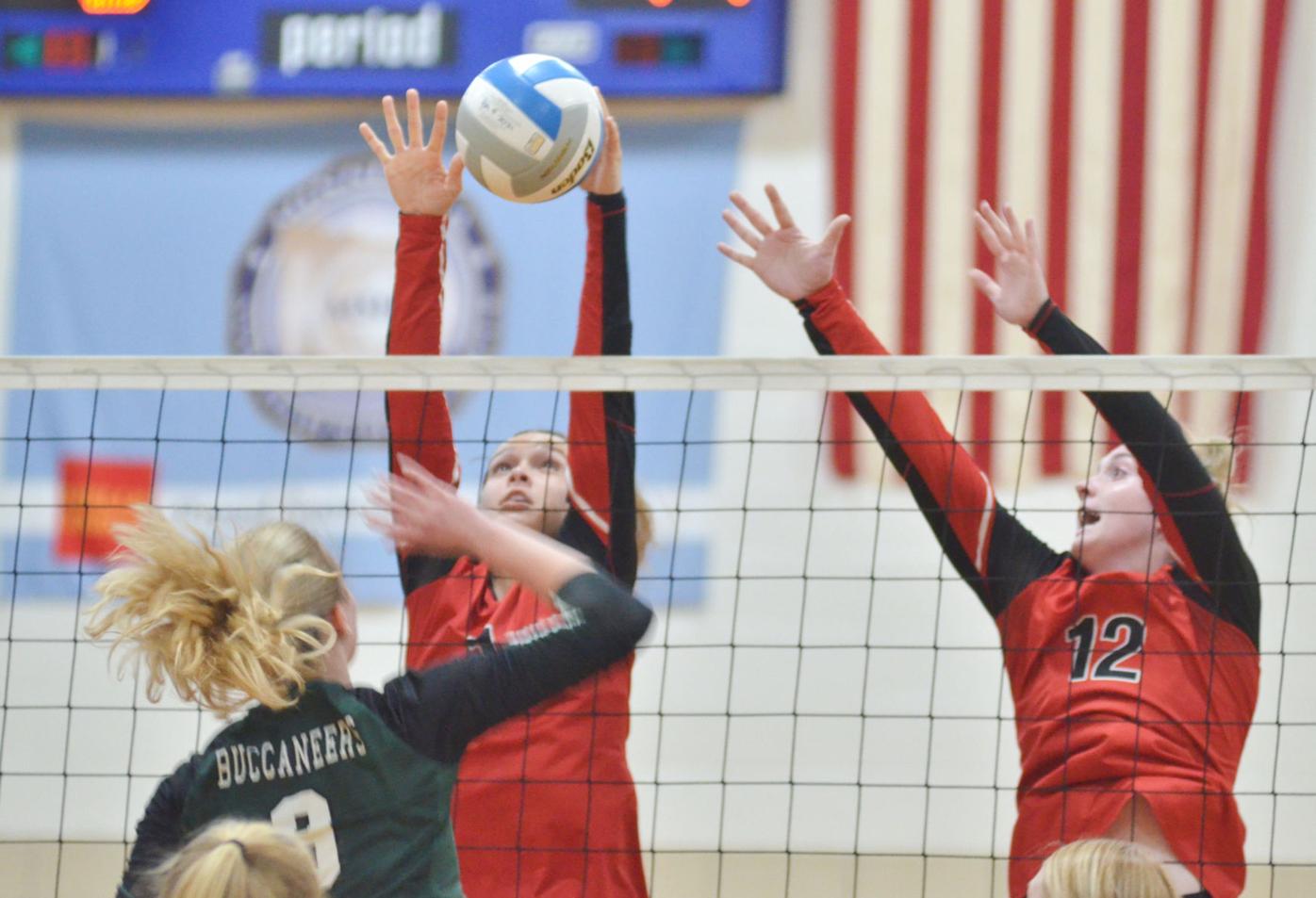 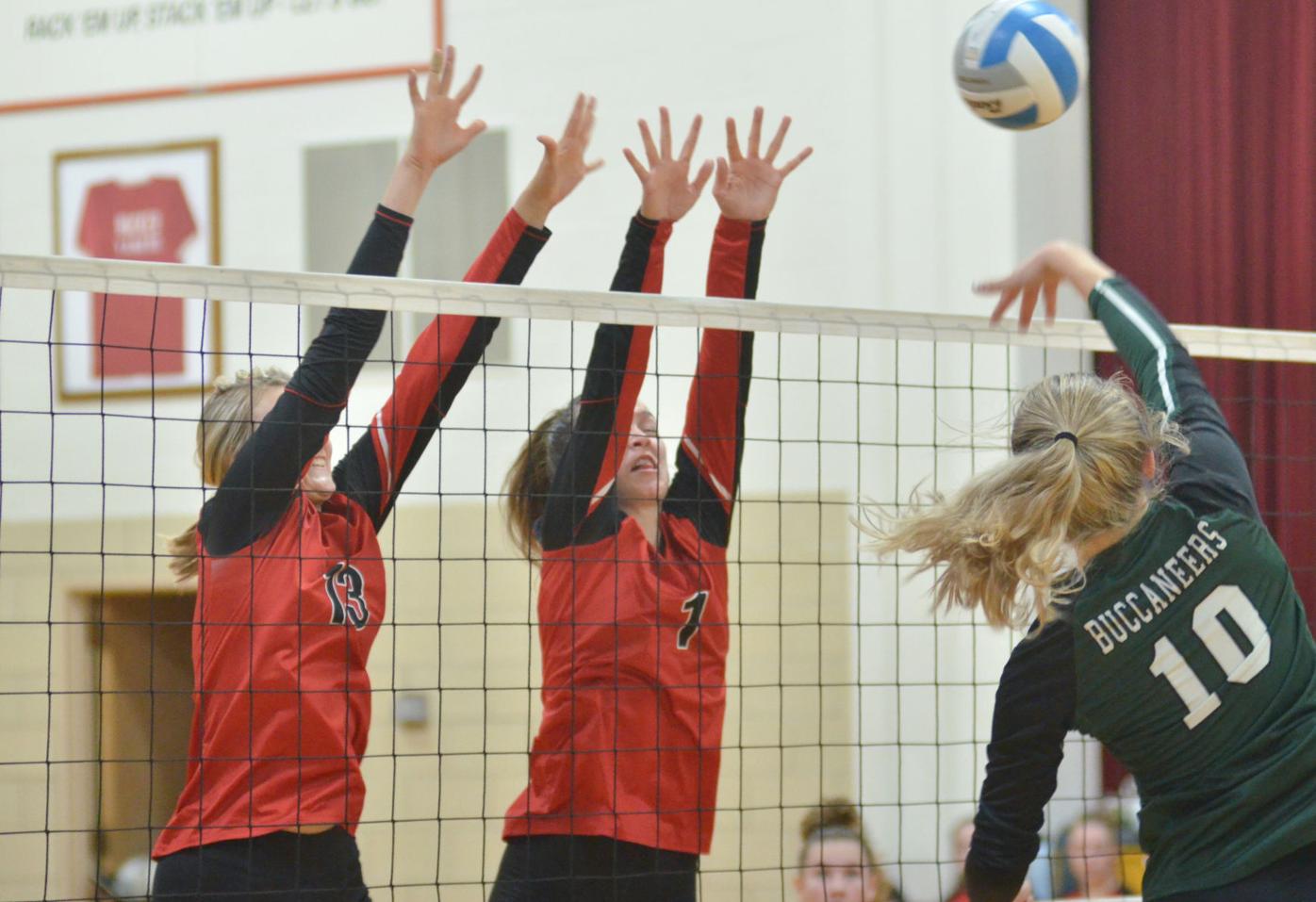 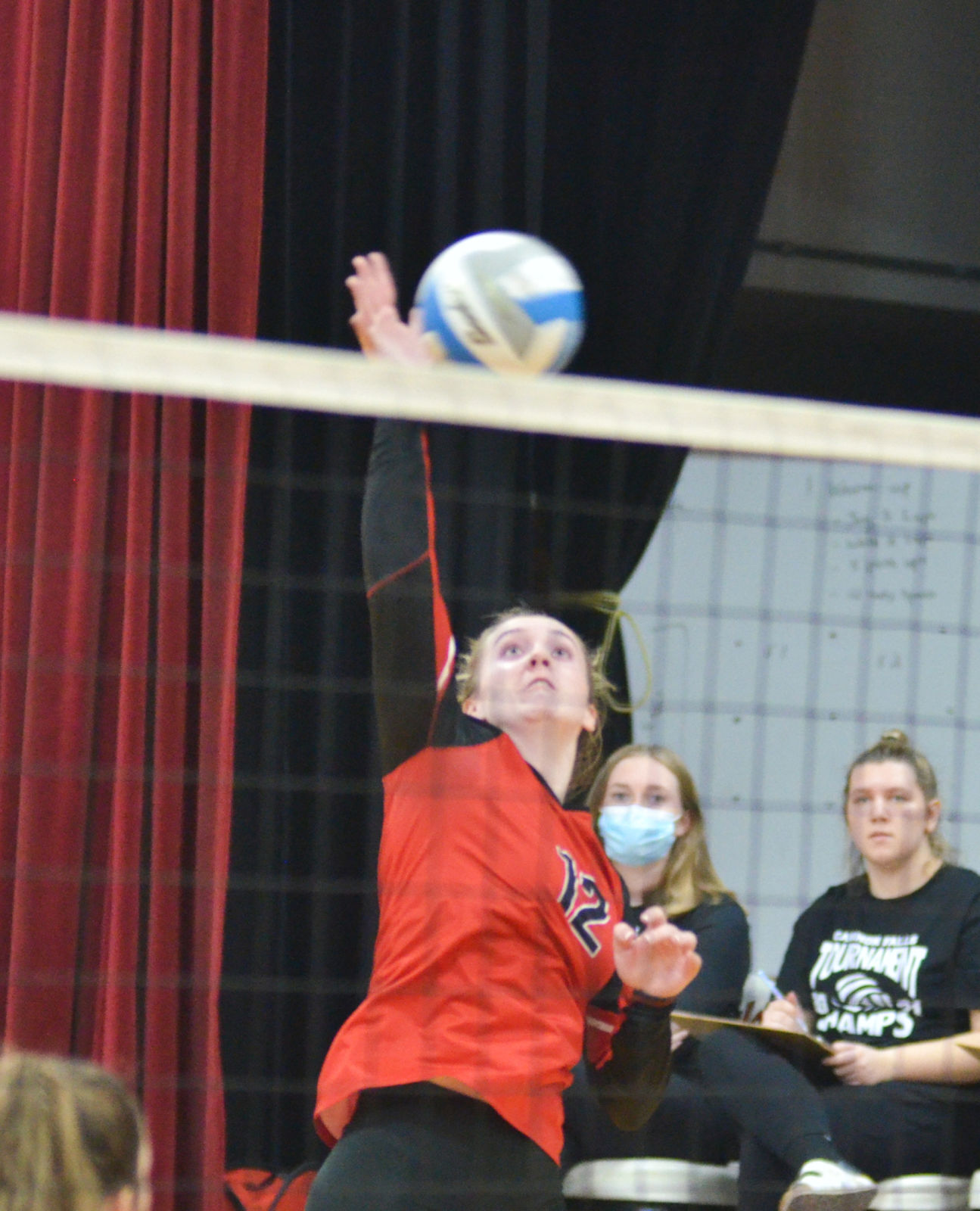 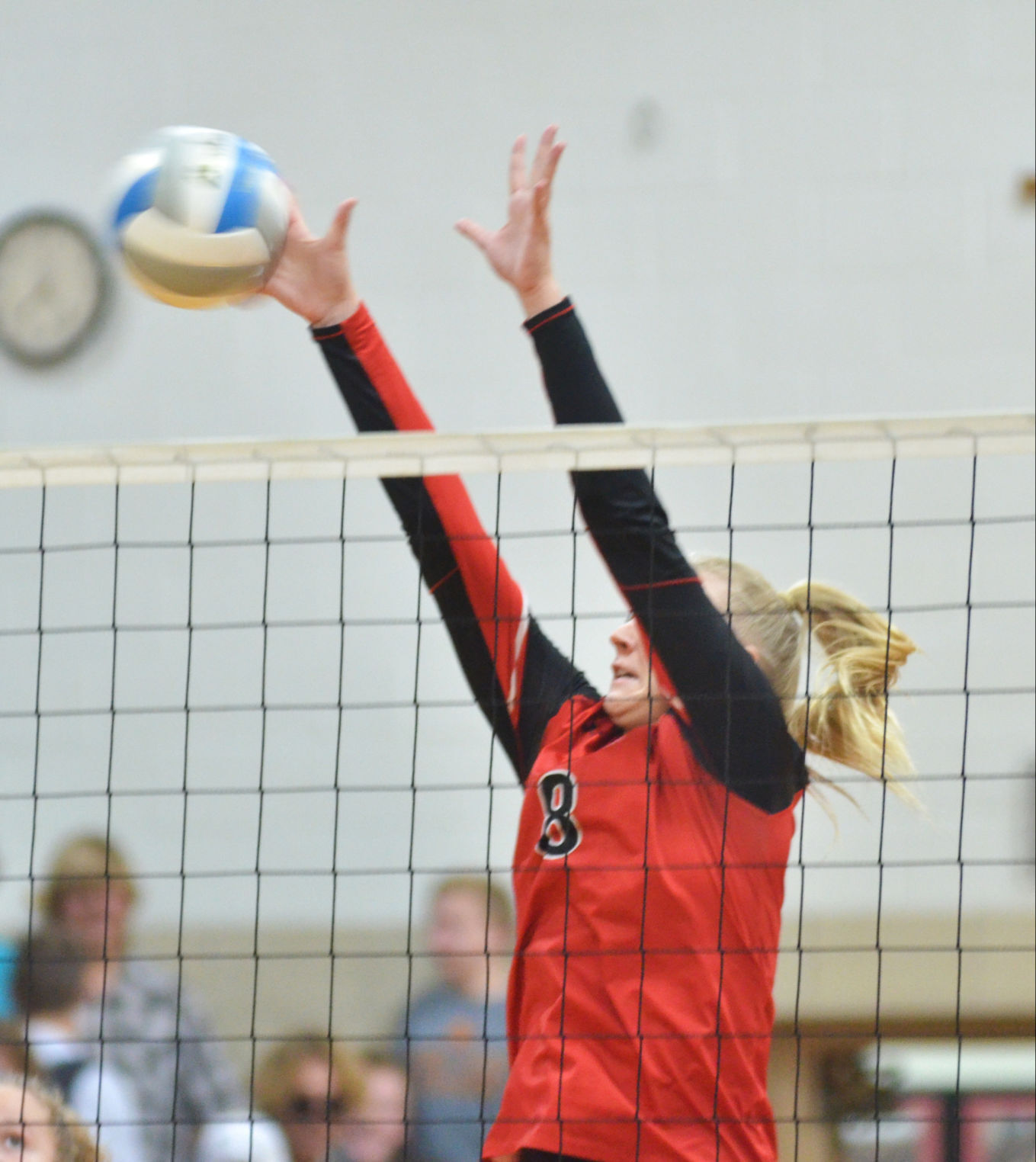 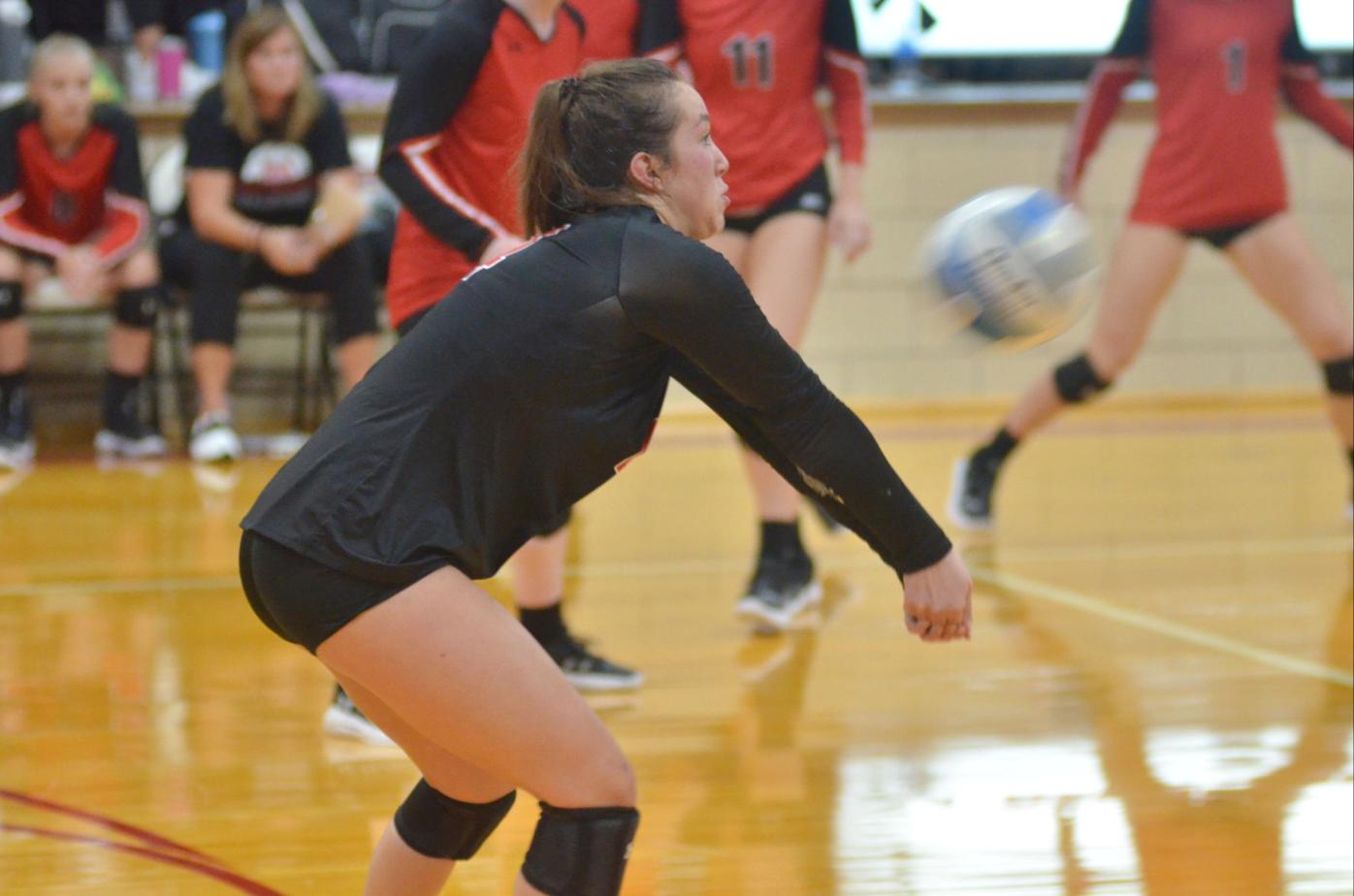 The job’s not done yet, but the Gopher Conference championship is well within arm’s reach for the Bethlehem Academy volleyball team.

The Cardinals faced their stiffest conference test yet Monday night against visiting Waterville-Elysian-Morristown — the reigning conference champions and the only other remaining undefeated team in the conference.

In the end, Bethlehem Academy outlasted WEM in a 23-25, 25-14, 20-25, 25-19, 15-8 victory. A win against Blooming Prairie on Thursday clinches at least a share of the conference title, and a victory Monday against Hayfield delivers an outright title.

“We’ve been preparing for it all season,” junior setter Reagan Kangas said. “It’s one of the biggest games on our schedule.”

WEM was only the second Gopher Conference team to win a set against Bethlehem Academy this season, and it accomplished that in the first set of the night.

The Buccaneers were finding ways to outmaneuver the block from the Cardinals and finished with a first-set hitting percentage of .341. In the second set, that number dropped to .059.

“We’ve spent a lot of time on our blocking, and I think that was not quite there for game one,” Bethlehem Academy coach Chris Bothun said. “I think we made adjustments, and we did a good job of covering the block so at least if we got a hand on it to slow it down, we were there ready to pick it up.”

That improved block led to another key change for the Cardinals, who seemed to scream louder and louder with every stuff at the net.

“I think we just work better as a team and get more confidence as we get louder,” senior outside hitter Ellie Cohen said.

Bothun added: “We knew our energy was down after game one. We knew we were leaving the middle kind of vulnerable and I thought we needed to pick it up.”

That wave of blocking was led by Jaden Lang, who racked up five solo blocks, one ace block and a block assist. Lindsay Hanson, meanwhile, racked up four ace blocks, two solo blocks and two assist blocks, while Cohen and Kate Trump each added a solo block apiece.

What wasn’t blocked at the net was frequently picked up by Bethlehem Academy’s back row, with Mia Potter leading the way with 32 digs. Trump and Cohen also provided 28 and 17 digs, respectively.

Those extended points also allowed more opportunities for the hitters for the Cardinals. Trump racked up a team-high 16 kills, with Cohen adding 11 kills, and both of Lang and Hanson providing eight kills.

That was all directed by Kangas, who finished with 46 assists.

Cohen and Trump both finished with a pair of aces as well, but Bothun said the points won because of the service game extended past what’s counted in the ace column.

“We’re a pretty good serving team,” Bothun said, “and I think that helped us throughout the night and it really helped us in this last set.”

Even if WEM was the largest remaining hurdle to clear for a conference title, Cohen was also quick to point out there’s still two more matches that need to be won.

Even after that, Bethlehem Academy possesses larger goals than a conference title.

After the final two conference matches, Bethlehem Academy takes part in a jam-packed Chaska Invite on Saturday, Oct. 23 with a field that features Class 4A’s No. 2 Eagan, No. 4 Chaska and No. 6 Champlin Park, Class 3A No. 2 Stewartville, Class 2A No. 9 Maple Lake and Class A No. 1 Mayer Lutheran

“We see some really good competition there that helps us get ready for sections,” Bothun said. “It helps us to know what areas are still exposed and what adjustments we still have to make to go into sections strong.”