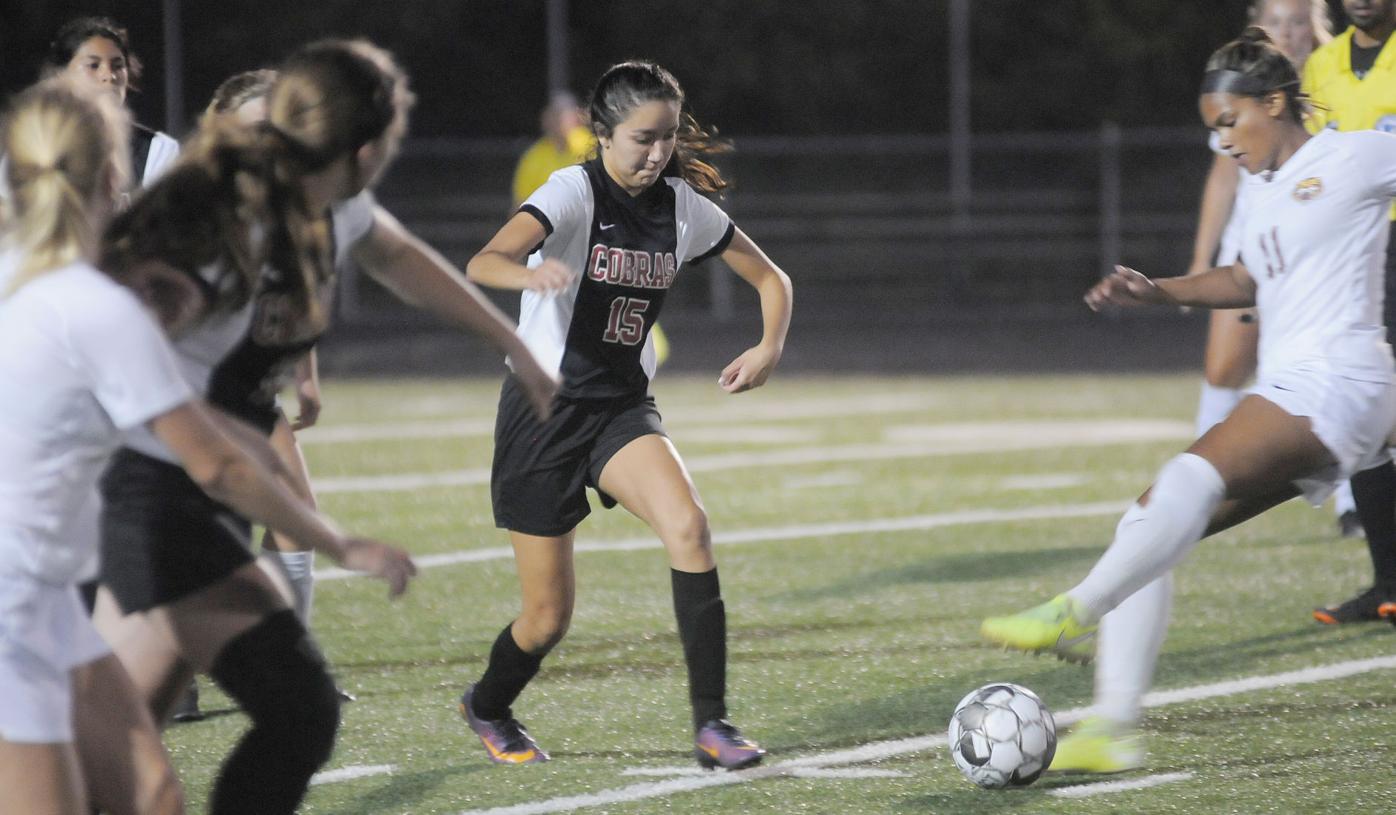 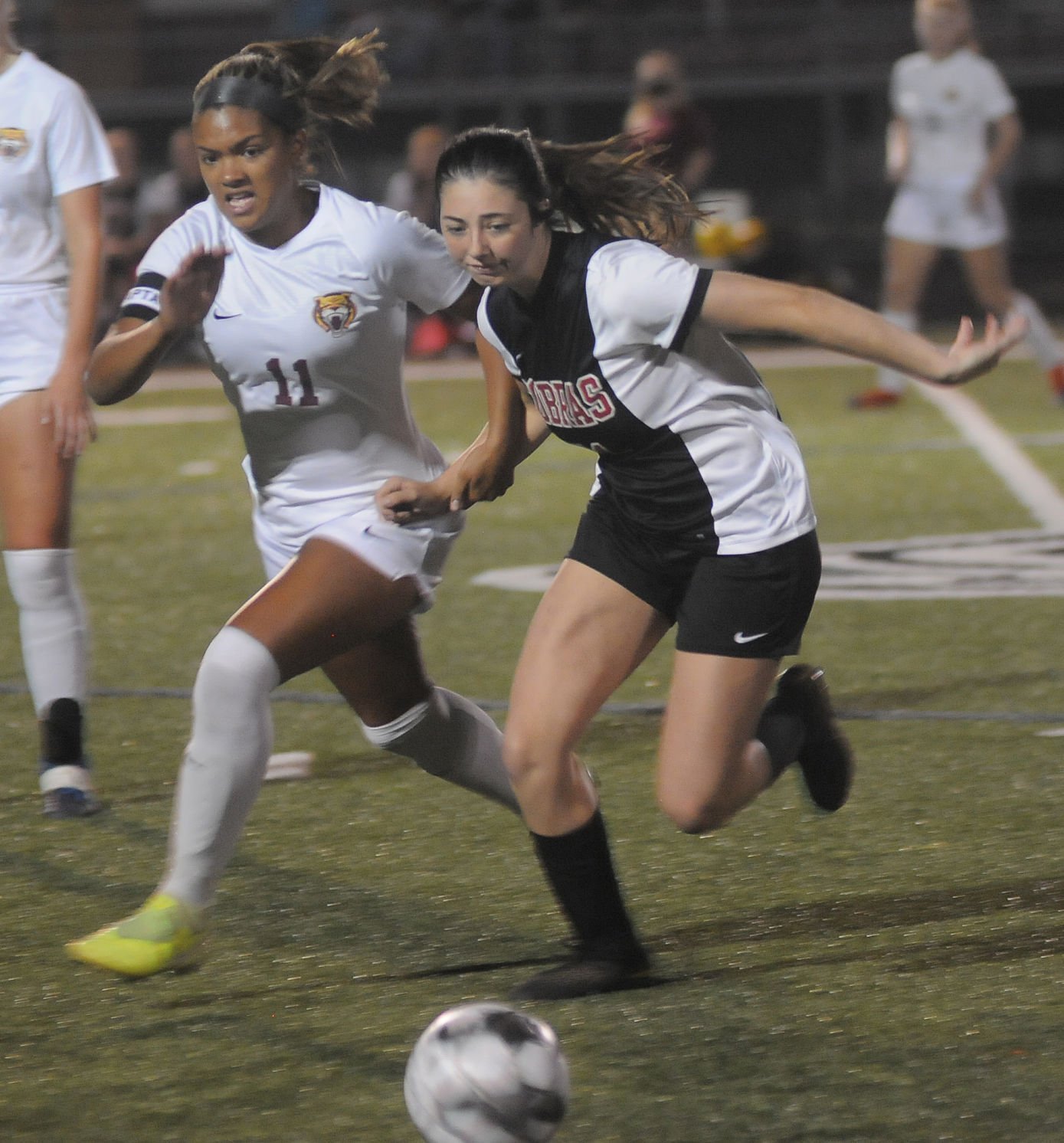 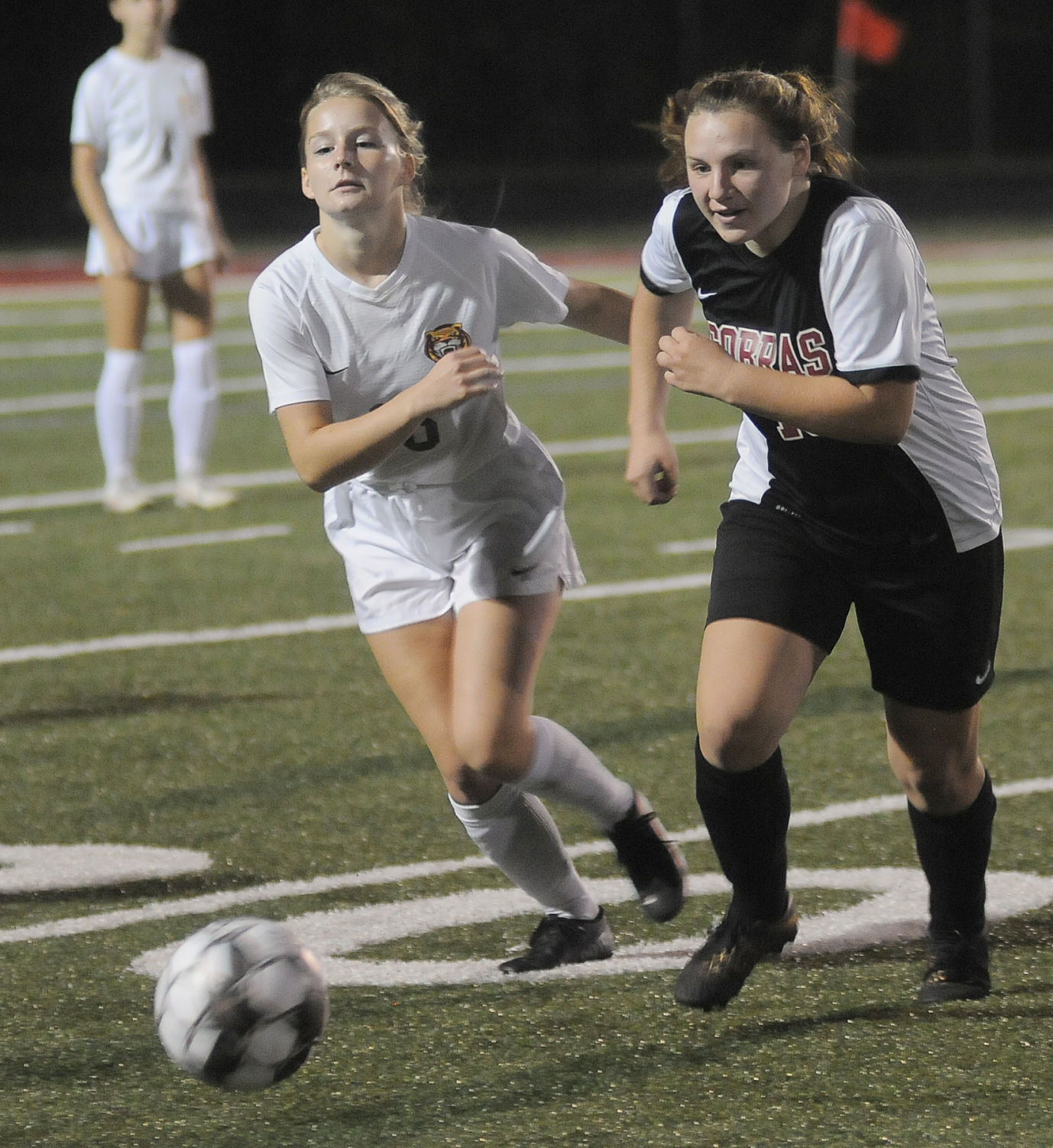 Triton/K-W/Hayfield midfielder Katrina Heimer races for a ball Tuesday against Stewartville at Triton High School. The Tigers came up with a 7-0 victory. (Nick Gerhardt/southernminn.com) 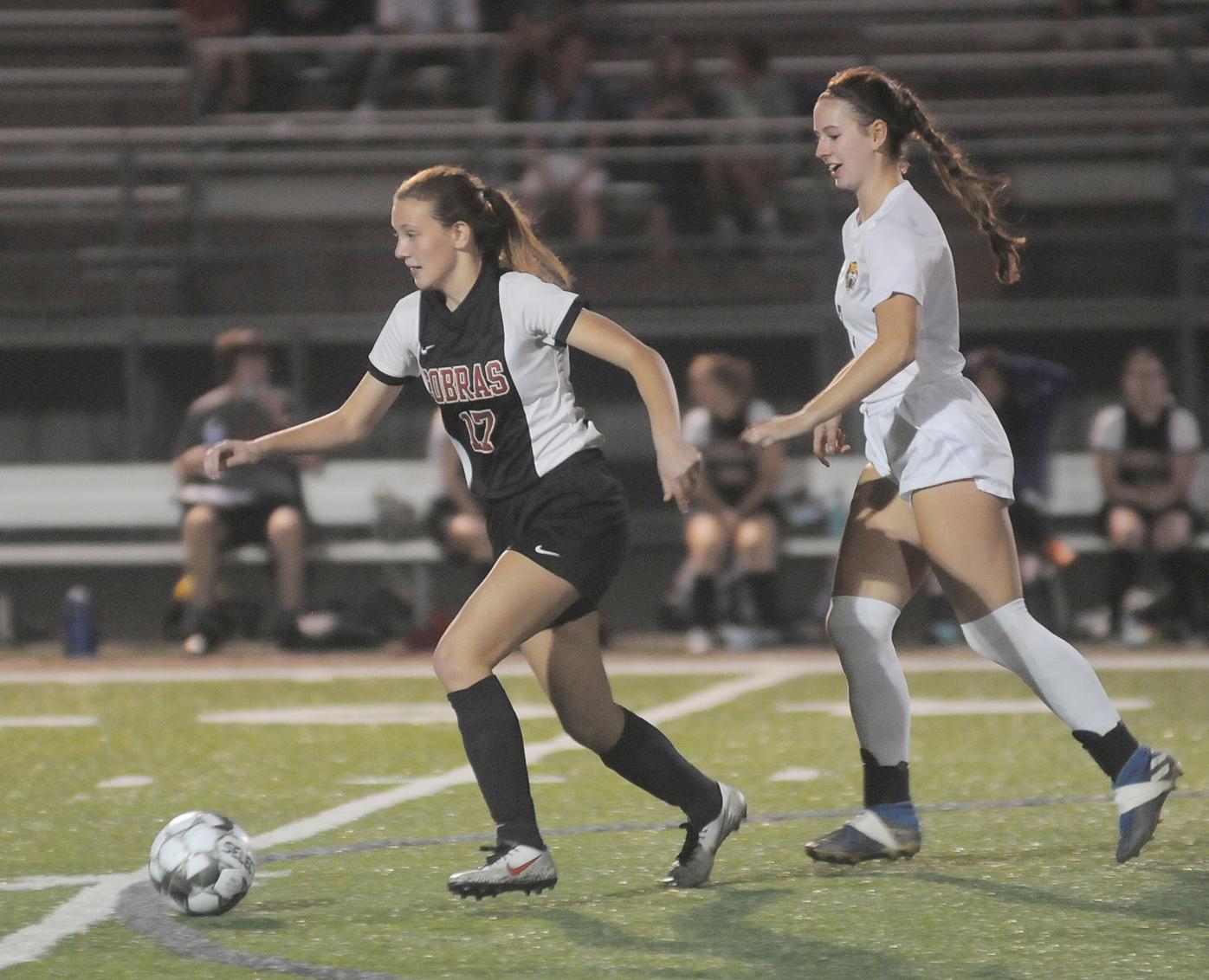 Triton/K-W/Hayfield midfielder Katrina Heimer races for a ball Tuesday against Stewartville at Triton High School. The Tigers came up with a 7-0 victory. (Nick Gerhardt/southernminn.com)

The results haven’t appeared on the scoreboard but players on the first-year varsity program for Triton/Kenyon-Wanamingo/Hayfield are seeing improvement all over the field.

The Cobras fell 7-0 to Stewartville for their sixth straight loss but no one hung their head following the loss.

“We definitely have a lot of things to improve on but we as a team have improved tremendously from the first practice to this game,” said senior forward and K-W student Carrie Doehling.

Head coach Alina Bachman said around half the team hadn’t played soccer prior to the team’s first practice a month ago. She’s preached the need for communication on the field early on and the team’s responded.

“That’s been something we’ve been working on since Day 1,” Bachman said. “The improvement has been spectacular. Each day it feels like they’re talking more and more and once our goalie really picked it up, she’s the core of the team. We all step out from her. It’s improved throughout the whole field during game time when she’s vocal.”

The goalie — Sydnee Sawyer — has done her part to keep the team organized defensively while others have become more vocal along the way.

The Tigers (4-1) jumped out 3-0 lead at halftime and added four more goals in the second half.

Sawyer made 14 saves for Triton/K-W/Hayfield while Anna Ridenour and Zelynda Caballero had shots on goal for the Cobras.

“We’ve got a lot of new players this year and we’re working really well with them,” said senior midfielder and K-W student Aisha Ramirez.

For many politicians, campaigning amid the coronavirus pandemic is nothing like it’s ever been. Read more