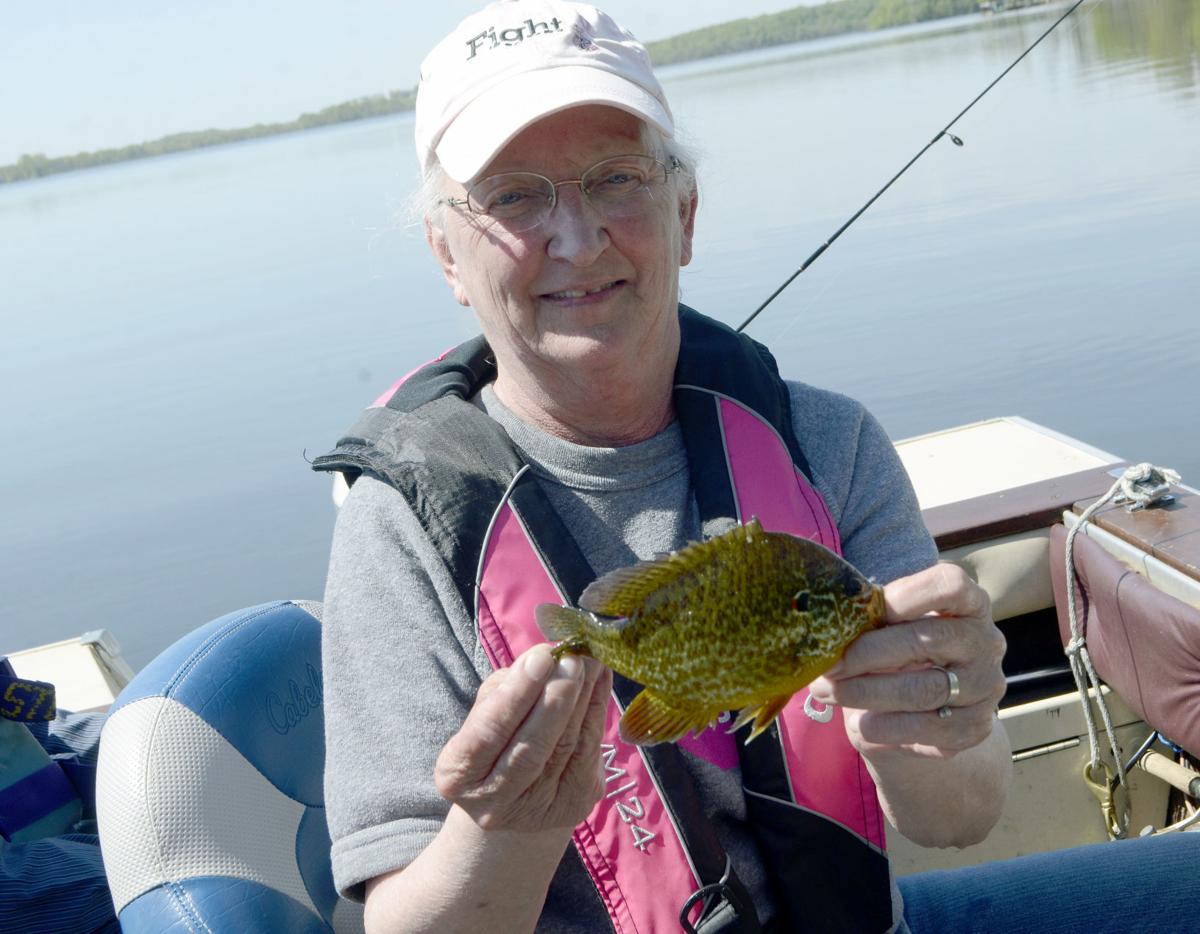 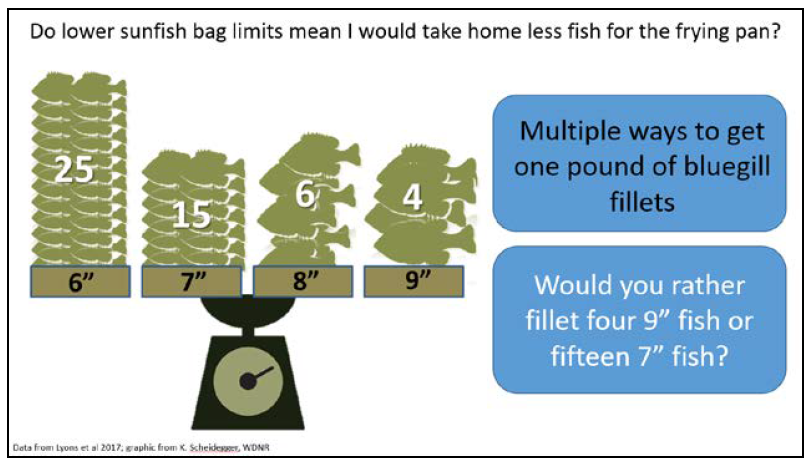 <&firstgraph>Male bluegills can be compared to defensive football players.

Those players train to be bigger, faster and stronger to defend their team’s prized possession, the end zone. Male bluegills, meanwhile, do the same to defend their nests.<&firstgraph>

<&firstgraph>But the numbers of big bluegills, also known as sunfish, have been reducing in many lakes in Minnesota because of increased harvest by anglers.

So the Minnesota Department of Natural Resources is proposing the Quality Bluegill Initiative (QBI) to reduce the limits of sunfish from 20 to five or 10 in 123 lakes in 2021 and more in 2022. Fifty-seven lakes, all in the west and northwest part of the state, already have reduced limits for sunfish.<&firstgraph>

<&firstgraph>Sunfish limits statewide were last reduced from 30 to 20 in 2003, but that did not improve size quality. To determine if it would be a good idea to reduced the limit in more lakes, the DNR is taking a public survey this year.

<&firstgraph>Signs will be posted at public accesses of proposed lakes where special regulations are being considered. The public is invited to comment, and public input meetings are planned for the fall in the same county as the lakes. If the proposal wins public support and is approved internally, changes should go into effect on March 1, 2021.

<&firstgraph>Brandon Eder, Waterville Area Fisheries assistant supervisor who was instrumental in the study of the QBI, thinks it’s a good idea to protect the big bluegills, because they drive the size in the lake.

<&firstgraph>“The big male bluegills in the spring like right now are in shallow, building spawning beds, making nets, making these colonies,” Eder said. “These look like little saucers in the sand. Male bluegills get the best spots. They’re in the middle. They’re protected and get more females coming by there, looking for the best spots to lay their eggs, so that they can be as successful as possible.

<&firstgraph>“And once those big male bluegills are removed, now there is no reason for smaller male bluegills to grow up. They had to grow up before to compete for those spots. Now that everybody is small, it’s a free for all. There is no reason to put any energy into growth and to get big, if you can be a 5-inch bluegill and still get those prime spawning areas and still fertilize eggs. There’s no reason to grow bigger than 5 inches, and they’re not going to do it.

<&firstgraph>“We need those big male bluegills to force those small bluegills to grow, to put their energy into body growth rather than reproduction.”

<&firstgraph>In northern Minnesota, Eder said it takes 10 years to grow a trophy bluegill of 9-plus inches. “In the Waterville area we can do it in a couple of years quicker. But we’re still talking 7 or 8 years. Even on our really fast growing lakes, it takes 4 to 5 years to grow a keeper bluegill of 7 inches or so.

<&firstgraph>“Walleyes, on the other hand, if you’re looking for a 14-inch walleye, it’s twice as fast. They’re replaced faster and they grow faster. It’s a totally different fish than bluegills that take a long time to grow and are pretty hard to replace.”

<&firstgraph>Eder said a 9 or 10 inch bluegill is equivalent to a 28-30 inch trophy walleye, and most of those bluegills are coming home while the big walleyes often are released.

<&firstgraph>Through emails, phone calls and catching surveys, Eder said anglers are not happy about the decline in the size of the bluegills that they’re catching.

<&firstgraph>“They still catch plenty, but they know that it’s not the good old days anymore,” Eder said. “Average size and maximum size that some of the fish that they’re seeing has declined in some cases quite a bit. And there is something with our standard DNR lake surveys that says numbers are steady even increasing in places, but the number of big fish, 8-9 inches plus, have decreased quite a bit. Fishing pressure is a big reason.”

The prevalent use of electronic fish finders and other technological advancements combined with rapid social media communication have made it easier to find fish.

<&firstgraph>If you reduce the bag limit, then folks can’t take as many as those big fish, Eder said.

“We’re 20 fish daily bag limit, and we’re talking about knocking that down to 10 or five,” Eder said. “That’s a big cut. But it really is important to leave those big male bluegills. This is the time of year when folks can go out and fill a bucket with them. That’s the kind of attitude that we’re hoping to change.”

For more information about sunfish, a list of the proposed lakes and a video, go to: dnr.state.mn.us/fish/sunfish. Let the DNR know what you think about the proposed by responding to the online survey at www.surveymonkey.com/r/DDZVWFZ<&firstgraph>.

<&firstgraph>For those who don’t want to go online, you can call or email any DNR area office.

<&firstgraph>“It’s really important that we get input from the anglers, resort owners and campground owners, bait shop owners,” Eder said. “We need to hear from everybody. That acceptance and compliance with regulations is key to success. If we ran a five limit bluegill regulation into a lake and nobody wants it, they’re probably not going to comply with it.

<&firstgraph>He continued, “The goal is to get 200 to 250 lakes in the first phase and then to proposing more lakes in the second phase next summer or the summer after.

<&firstgraph>It would be good to have them spread out instead of clustered around Brainerd or Grand Rapids or Fergus Falls.”