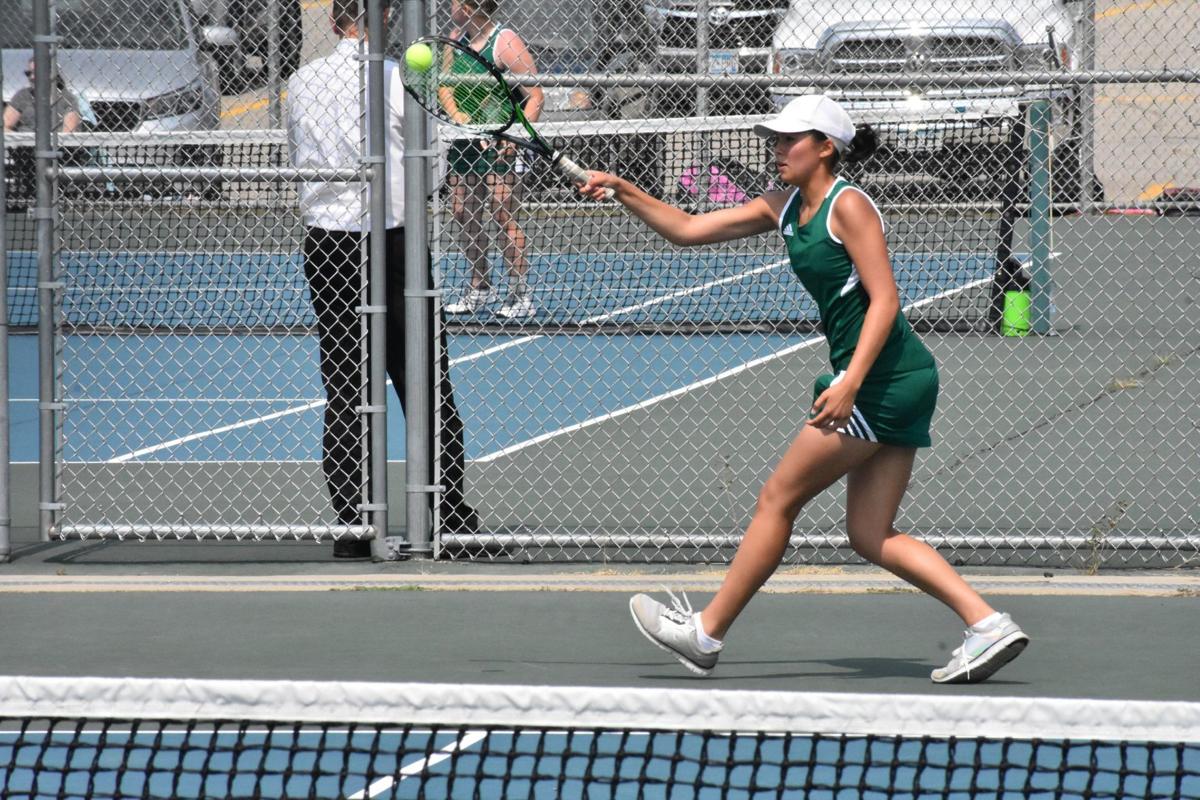 Kylie Petricka has experience playing in the No. 1 singles position in each of the last two seasons. As a senior this fall, Petricka is slated to play primarily in the top singles spot. (Daily News File Photo) 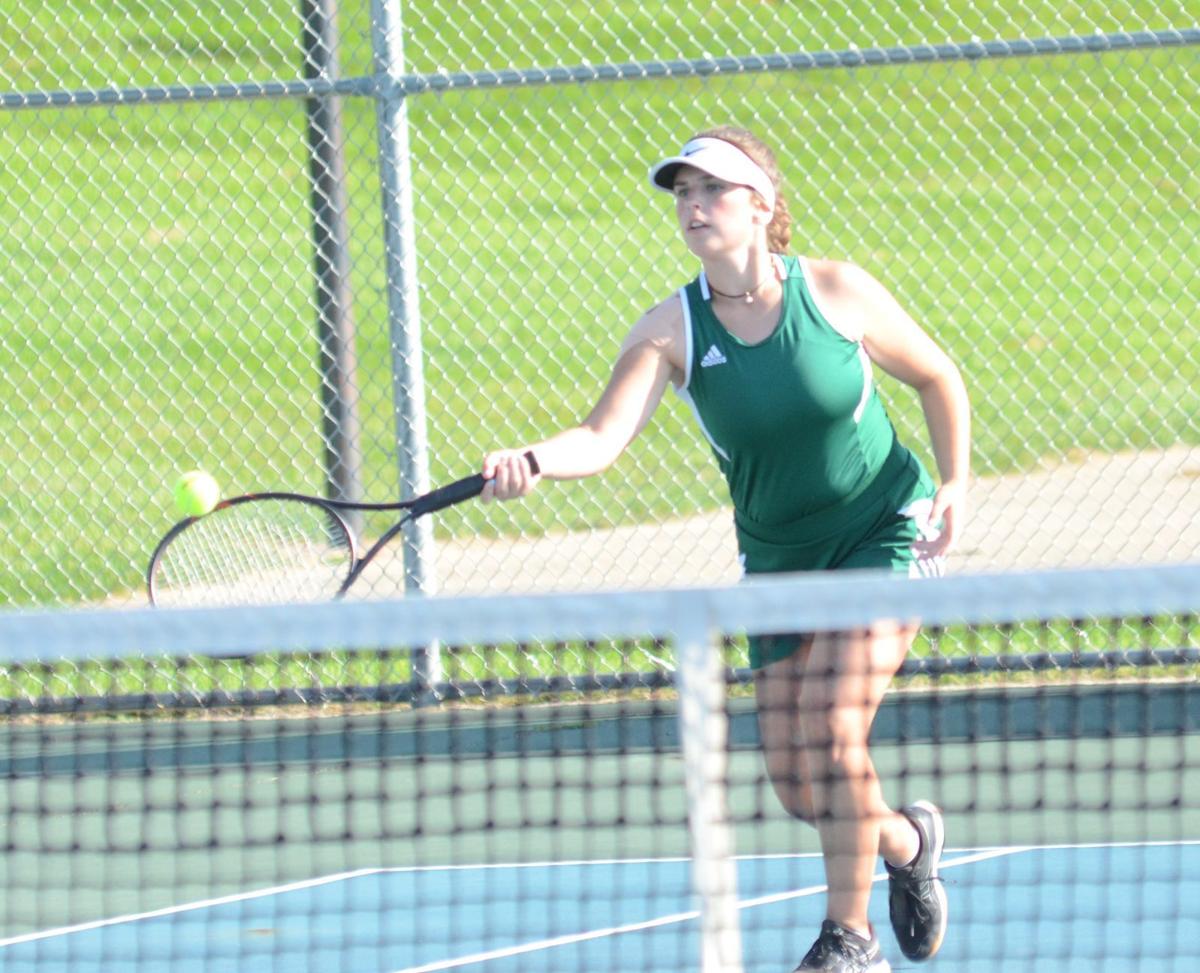 Rylie Starkson will be one of eight senior girls tennis players for Faribault next year. (Daily News File Photo)

Kylie Petricka has experience playing in the No. 1 singles position in each of the last two seasons. As a senior this fall, Petricka is slated to play primarily in the top singles spot. (Daily News File Photo)

Rylie Starkson will be one of eight senior girls tennis players for Faribault next year. (Daily News File Photo)

The good news is the Faribault girls tennis team will sport a healthy-sized senior class this fall.

The bad news, however, is that group is replacing an even larger senior class, and the numbers in subsequent age groups aren’t quite as large for the Falcons.

“Last season we had 10 seniors, so we lost 10 girls this last season and now coming up we’ve got eight,” Faribault girls tennis coach Jeff Anderson said. “That’s a pretty good chunk, and the thing that’s scary looking to the future is that’s half the team right there. Hopefully, we’ll get some new kids from seventh and eighth grade, that would be awesome, but even ninth and 10th grade since they’ll be able to play for a couple years.”

The problem, however, is the greatest avenue for recruiting new members — student talking to other students — was muffled this spring with distance learning.

“I think right now, I don’t know if people are still too afraid of COVID, but I’ve only got a couple people signed up and registered at this point for the summer program,” Anderson said. “I’m hoping that certainly improves, but at this point everyone might just be a little nervous still. It’s probably one of the safest (sports) as far as social distancing, and there’s minimal contact.”

That trepidation may have additional effects for the returning Falcons, who in past years have utilized the momentum from summer workouts to deploy an enhanced level of tennis at the start of the fall season.

“Typically, it’s awesome for the girls working with them in the summer and then going right into the fall season,” Anderson said. “It’s a great segway to be at a higher level and ready to play.”

Out of those penciled into return for a potential season this fall, rising senior Kylie Petricka headlines the group. She played at the No. 1 singles spot for parts of the last two seasons, and after the dust of graduated seniors has cleared, she appears likely to slot into that position full time this fall.

After that, it’s an open competition for nearly every other position on the roster. Rising seniors Bailey Peterson and Avery Rein, as well as rising freshman Hailey Reuvers, all have varsity singles experience.

“Hailey, she helped singles and doubles, so she could go either way and I’d probably lean her as an up and comer to help us with our doubles side,” Anderson said. “There’s others in there that will now have the opportunity that maybe were JV (before). There’s opening, and it’s really what they do over the summer and what they’ve done in the offseason to move up the ladder.”

Jeff Anderson first stepped into a head coaching role for a Faribault tennis program out of necessity. He's continued to come back each year out of a love for the sport and his players.

In 2013, both the boys and girls tennis programs were initially cut as part of wide-sweeping budget cuts across the district. After an influx of donations — an effort partially led by Anderson, who then was just a parent of a boys tennis player — both programs were part of many that were restored. The effects of the brief hiccup, however, was a vacant position of head boys tennis coach.

After initially helping then-Activities Director Ken Hubert search for a replacement, Anderson looked in the mirror.

"I ended up going and getting my coaching license and at that point became the boys head coach," Anderson said. "Then a few years later I started working with the girls as an assistant, and at this point this will be my second year for being the head coach for the girls.”

Now, due to his continued involvement with summer tennis program through Faribault Parks & Recreation, Anderson said that guiding new players from the first time they pick up a racket through varsity tennis is rewarding enough to play doubles in terms of coaching responsibilities.

“I love tennis," he said. "It’s a great group of kids we’ve had over the years and seeing the improvement they have over the years, that’s the biggest part. Seeing where they start from, some basic and brand new and others might have a little bit of knowledge...Just seeing them from the very beginning to graduating as seniors is a fun process.”