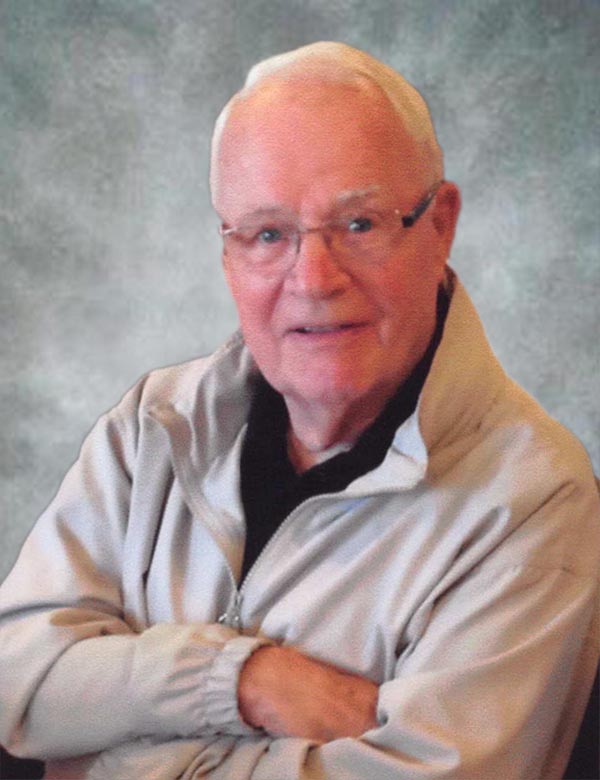 Ted Richard Thompson 1929–2020 Faribault—Ted R. Thompson, age 91, of Faribault, died on Wednesday, September 23, 2020 at New Perspective Senior Living, Faribault. Memorial services will be held at the Boldt Funeral Home, Faribault, on October 8, 2020 at 1:30 p.m., with the Reverend Jeff Sandgren officiating. Visitation will be held for one hour prior to the service at the Boldt Funeral Home, on October 8, 2020. Interment will be at Fort Snelling National Cemetery, Minneapolis on October 8, 2020 at 9:45 a.m. Ted was born on July 20, 1929 in International Falls, the son of Teddy W. and Mae (Regal) Thompson. In 1947, Ted graduated from International Falls High School. Ted then attended Luther College in Decorah, Iowa graduating in 1951 with majors in history and physical education. He remained at Luther the following year to teach a Phy Ed class and coach freshman football while awaiting the draft. In 1952, he was drafted into the United States Army, serving in Korea until his discharge on April 2, 1954. Ted then attended the University of Minnesota where he received his master's degree in education. He also served as a graduate assistant for freshman football and taught one Phy Ed class. On May 28, 1955 he was united in marriage to Corinne Peterson of Decorah, IA and moved to Crosby where he taught and coached for seven years. In 1962, they moved to Faribault where Ted taught and coached until his retirement in 1986. His teaching duties here included history and international issues. Ted was an avid reader who loved history. He lived out some of this history in the years he hosted TCIP participants from Korea, Japan, South Africa, China and Zambia. He also thought he would live history through travels after retirement. Ted and Corinne first went on a Russian tour, followed by travels to Germany, Austria and other European countries but health issues soon ended the world travels for Ted. However, he was still able to pursue his passion for golf and their winters in Myrtle Beach, South Carolina continued for 20 years. We cannot leave out his number one priority throughout his life; family always came first for Ted. Survivors include his wife of 65 years, Corinne; son, Steve (and Teresa) Thompson of Faribault; daughter, Cathy (and Mike) Brown of Apple Valley; grandchildren, Caitlin and Mikelle Brown; step grandchildren, Jessica (and Tyson), Blake (and Jamie), Jenna (and Cody), Kayla and Parker; four step great grandchildren; sister, Marlene Emery of Eveleth. Memorials may be directed to Faribault Area Public Schools Educational Trust Association (FAPSETA), Our Saviors Lutheran Church, Faribault Endowment Fund. Visit boldtfuneralhome.com for information and guestbook.

To plant a tree in memory of Ted Richard Thompson as a living tribute, please visit Tribute Store.
Load comments