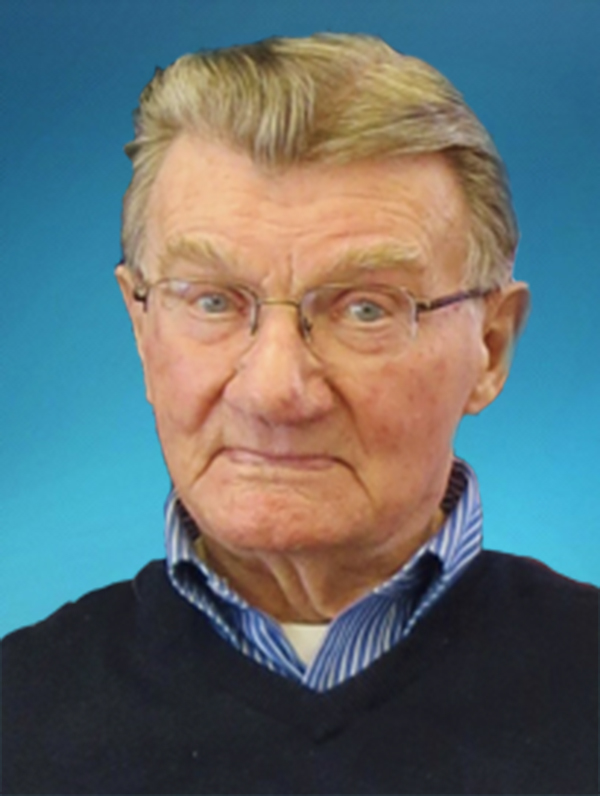 Wilmer L. 'Pete' Keller 1923–2020 Nerstrand—Wilmer L. "Pete" Keller, age 96, of Nerstrand, died on Friday, January 10, 2020 at Abbott Northwestern Hospital in Minneapolis surrounded by his family. Wilmer L., the son of William H. and Rosalind (Ihlow) Keller, was born on July 18, 1923 in Faribault and resided his entire life on the Keller family farm in rural Nerstrand. He attended St. John's United Church of Christ where he was baptized on September 2, 1923 and confirmed on March 21, 1937. Pete attended District #27, a one room country schoolhouse in Wheeling Township, and was known for his frequent shenanigans. Pete married Helen Hill on September 10, 1960 in Highland Prairie Lutheran Church in Peterson, Minnesota. Following their honeymoon out west, they took over the Keller family farm and farmed until the late 1980's. Originally Pete farmed with draft horses and later tractors, developing a passion for both. Pete and Helen were married for 59 years and raised twins, John and Cathy. Family was very important to him and he was active in both of his children and grandchildren's activities, such as 4H, FFA, and various sports. Growing up, Pete enjoyed 4H and Rural Youth with which he spent time at the State Fair Farm Boys Camp working at the Pavilion for many years and traveled to the East Coast with this group. He loved horses and was active in the Kenyon Saddle Club, often riding in parades. A fan of music, he particularly liked Old Tyme music and attended numerous dances. At First English Lutheran Church he found joy in teaching Sunday School and was also on the church council. With his family and friends, he could be found playing cards and going on fishing excursions. One of his favorite hobbies was competing in tractor pulls, which he did for over 30 years, winning hundreds of trophies along the way. Throughout his life he kept busy with various jobs. Along with helping on the family farm, as a young man he also worked in the sawmill alongside his father. After his retirement from farming years later, he spent his time driving tractor and truck for Ron Lips Farms, Cy Donkers Farms, Ralph & Scott Hiller Trucking, Braaten Trucking, Four County Ag Services, and Nerstrand Agri Center as well as driving school bus for Faribault Transportation Company for 11 years which he talked about fondly. Pete was an exceptional man who lived a long, happy life and touched the lives of all of those around him. He had a strong faith and was always willing to lend a helping hand to those in need. Always the socialite, he was known for his cheerful disposition, good humor, and ability to make friends with anyone and everyone. He is survived by his wife, Helen; two children, John (and Cheryl) Keller of Faribault and Cathy (and Tom) Malecha of Mahtomedi; three grandchildren, Blake and Lindsey Malecha and Holden Keller; one sister, Arlene Bultman of Northfield; nieces; nephews; other relatives and friends. He was preceded in death by his parents; three siblings, Arnold (and Elsie) Keller, Muriel (and Fred) Boiko, and one sister in infancy; and one brother in law, Wilfred "Fritz" Bultman. Funeral services will be held at First English Lutheran Church, Faribault, on Thursday, January 16, 2020 at 11:00 a.m. with the Reverend Mark Johnson officiating. Interment will be at Valley Grove Cemetery in Nerstrand. Visitation will be at the Boldt Funeral Home, Faribault, on Wednesday, January 15, 2020 from 4 to 7 p.m. and also at the church for one hour prior to the services on Thursday. Visit boldtfuneralhome.com for information and guest book.

To plant a tree in memory of Wilmer Keller as a living tribute, please visit Tribute Store.
Load comments