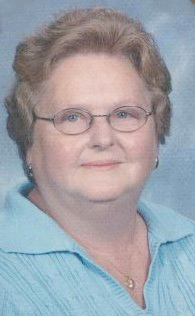 Marion Catherine Christophersen 1941–2020 Longville—Marion Catherine Christophersen, age 78, was called home by her Lord and Savior on Wednesday, March 18, 2020 from her home in Longville, Minnesota. She was born in Faribault on November 24, 1941, the daughter of Emma (Valek) and George Tupa. Marion grew up and attended school in Northfield with her siblings. She graduated from Northfield High School in 1959 and went on to a career at Sheldahl for many years in several different departments. Marion met the love of her life, Gary Christophersen, and they were married in the Church of the Annunciation in Hazelwood on July 7, 1962. They welcomed two boys to their family, Dan and Tom. Marion was a wonderful woman who had a zest for life and a love of the outdoors. She and Gary often took the boys up north for weekend camping trips and adventures on their motorcycles. She became quite the campfire cook and fisherwoman. In the 1980's they bought a cabin on the shore of Leech Lake and spent many weekends there in the years to come. Marion's love of the Lord led her to become a member at St. Dominic Catholic Church in Northfield and later to St. Edward's Catholic Church in Longville when they moved to their new lake home, that replaced their cabin, in 2005. She was part of the ladies groups, book clubs and prayer groups; and cherished the work she did there. It only took about 10 minutes of being around Marion for you to become part of her family. Which might explain why their many wonderful friends and neighbors quickly became their "Leech Lake Family". Marion was a lot of fun to be around and will be remembered for her happiness and giggles. We are going to miss her. Family that Marion is reunited with are her parents, Emma and George Tupa; in-laws, Doris and Carl Christophersen; several of her Lake Family; and other relatives. She leaves behind to cherish her memory her husband of 57 years, Gary Christophersen of Longville; her sons, Dan (Jan) Christophersen of Northfield and Tom (Connie) Christophersen of Lakeville; sister, Elsie (Don) Ahrens of Faribault; brother, Richard (LaVerne) Tupa of Morristown; grandchildren, Adam (Jami), Katie, Josh (Hannah) and Megan (Ryan); great grandchildren, Anea, Cale and Drew; several nieces and nephews and many friends and relatives. Celebrations of Marion's Life will be held in both Longville and Northfield at a later date with inurnment to follow in the Calvary Cemetery at Northfield. Marion's care has been entrusted to Northern Peace Funeral Home of Walker. Online condolences for the family may be left at www.northernpeace.com

To plant a tree in memory of Marion Catherine Christophersen as a living tribute, please visit Tribute Store.
Load comments