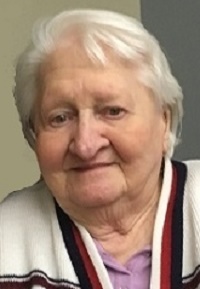 Evelyn C. Jones 1921–2020 Northfield—Evelyn Jones, age 99, of Northfield, passed away Thursday, September 10, 2020, at Northfield Retirement Community. Evelyn was born on June 8, 1921, in Minneapolis, Minnesota, to Arthur and Olga (Stam) VonRath. Her father died when she was 3 ½ and the family moved to Faribault when she was four. She attended elementary school in Dundas and graduated from Northfield High School. Evelyn married Mariano Guillermo; and after his death, Evelyn married Leonard Jones on June 24, 1950. Leonard pursued his construction career building highways, and worked weekends as a Mounted Patrol's man on his horse named Good Medicine (a paint horse); his passion for horses led him to win State Champion Halter Horse and numerous medals and ribbons at fairs and parades throughout Minnesota. In 1997, Leonard sadly passed away. Evelyn served as the Mayor of Dundas for one term and also as Justice of the Peace. Evelyn had many extraordinary talents. She said, "I was jack of all trades and a master of none," but she had a multi-talented gift and was self-taught. Some of Evelyn's hobbies were finishing carpentry, roofing, electrical work, upholstery refinishing, playing the piano and organ that she taught herself along with tuning these instruments. She also built miniature doll houses, did leather work, stamping saddles, making wallets, fishing, and was an artist which included drawing scenes, portraits and paintings of which some were sold over the years. Some of her projects were shown at the county fair where she won many blue ribbons, in fact she was in a news article showing all of her crafts and they called her Ms. Busy Fingers. During her time on the Dundas Committee, Evelyn would sketch committee members during the meetings and these drawing can be found at the Dundas City Hall. Survivors include her granddaughter Margaret (Joel) Kosmicki of Chicago; her great grandson Maxwell Kosmicki of Chicago; her nephews Clancy Swanson, Daniel Swanson, Terry Swanson and a niece, Elaine. She was preceded in death by her husband's Mariano and Leonard; her sons Richard and Robert; eight brothers and sisters; and a nephew Carl. A celebration of Evelyn's life will be held at Bierman Funeral Home and Crematory on Tuesday, September 15, 2020, beginning at 11:00 AM with Reverend Gordon Orde officiating. Visitation will be from 10:00 AM until the time of the service in the funeral home. Burial will be at Groveland Cemetery in Dundas. Masks are required. biermanfuneralhome.com.

To plant a tree in memory of Evelyn C. Jones as a living tribute, please visit Tribute Store.
Load comments