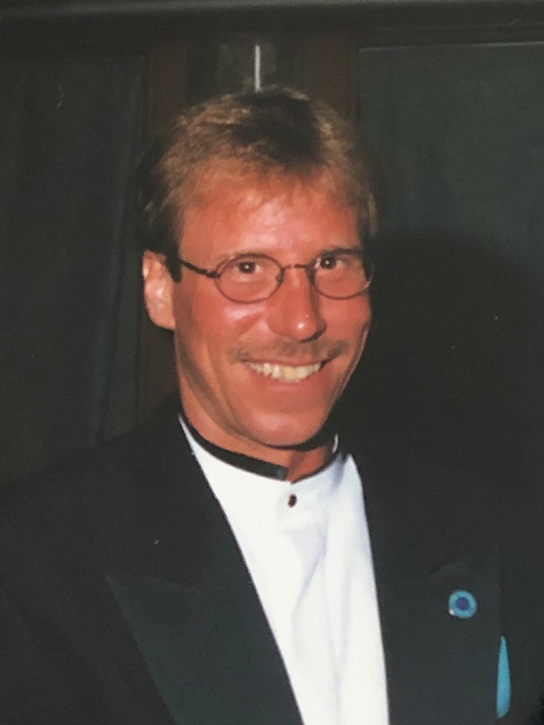 Dean Berghoff 1961–2020 Faribault —Dean J Berghoff, 59, passed away December 23rd at his residence in Faribault. Memorial services will be at Boldt Funeral Home, Faribault on January 22, 2021 at 10:30 a.m. Interment will be at Maple Lawn Cemetery, Faribault. A memorial visitation will be at Boldt Funeral Home, Faribault for one half hour prior to the service on January 22, 2021. Dean Joel Berghoff, the son of Donald, Sr. and Harriet (Heyer) Berghoff, was born September 8, 1961 in Faribault. He graduated from Faribault High School as Class President in 1980 and went on to attend Winona State College. He was employed as a manager for Outdoor Sports in Faribault and more recently by Farmer Seed Nursery supervising warehouse operations. He served two terms on the Faribault City Council. Dean enjoyed time with family and friends especially playing various card games where he was a great partner or a very skilled foe. Dean enjoyed spreading fun and joy at Faribault Senior Living and entertaining the residents who found him to be bright spot in their day with his charm, quick wit and a ready smile. He loved finding bargains at garage sales and sharing his finds with others. He also enjoyed restoring old furniture and had a love for fishing inherited from his Grandpa Matt Berghoff. He was an avid Vikings and Twins supporter who rarely missed a game on TV. He was always ready to share an opinion on their successes and failures. He is survived by his mother, Harriet; a sister, Chrysandra (and John) Fotenos of Colorado Springs; four brothers, Donald Jr. (and Jane) of Faribault, David Berghoff (and Corrine) of Palm Desert, CA, Mark Berghoff of Faribault and Todd Berghoff of Buffalo; four nieces; two nephews; and by other relatives and friends. He was preceded in death by his father, Donald, and a brother, Steven. Visit boldtfuneralhome.com for information and guest book.