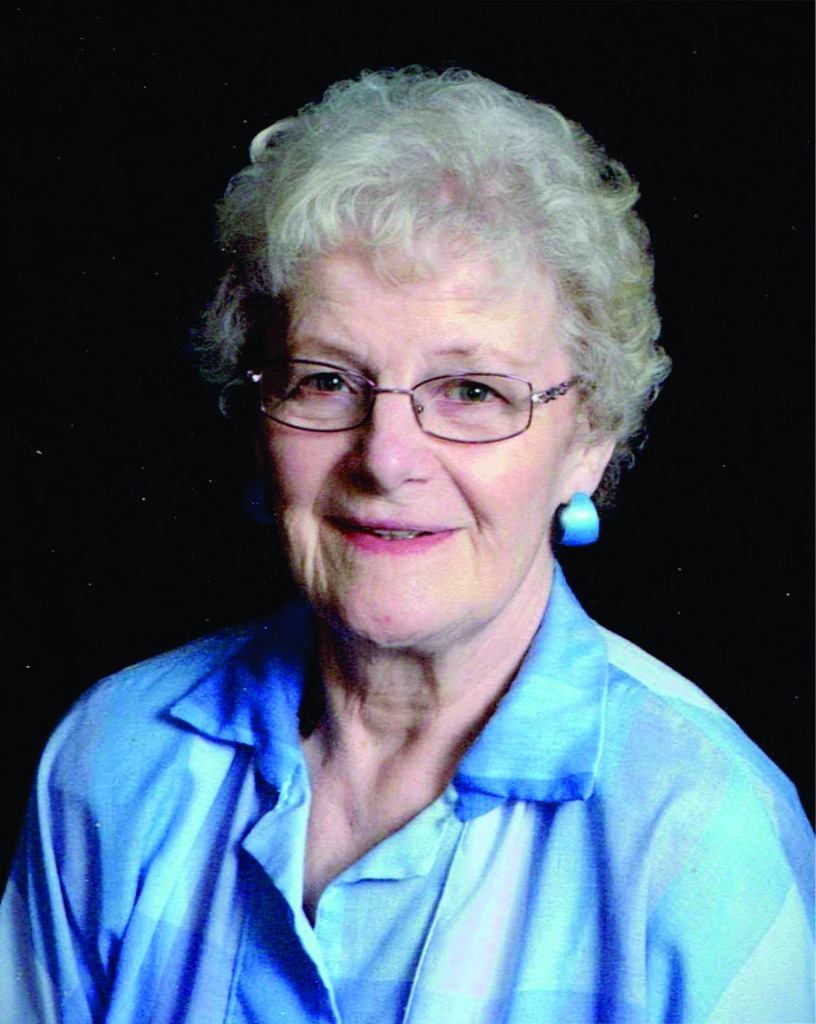 Edyth Whitney 1931–2020 Good Thunder—Edyth E. Whitney, 89, of Good Thunder, went to be with Jesus on May 6, 2020, at New Perspective Senior Living in Mankato. A Memorial Service at St. John Lutheran Church in Good Thunder will be held at a future date. A private family interment will be at St. John Lutheran Cemetery in Good Thunder. The family would prefer any memorials be directed to LWML (Lutheran Women Missionary League). Mankato Mortuary is assisting the family. Edyth was born March 23, 1931, in Stanley, ND, to Milton J. and Audrey L. (Whittemore) Johnson. She was baptized and Confirmed at Zion Lutheran in Lake Crystal. On Sept. 3, 1949, she married John M. Whitney at Zion Lutheran Church in Lake Crystal. Edyth grew up in Lake Crystal, MN. Her mother taught her to sew and had her take piano lessons as she, too, had a love of music. Her father was a blacksmith and would routinely give her a nickel so she and a friend could go to the White Swan and get two ice cream bars for five cents. She enjoyed being a cheerleader, sewing with her sister, and playing the piano, the baritone and singing. Prior to getting married, Edyth went to Commercial College in Mankato. After getting married, John and Edyth farmed near Madelia until 1958, when they moved to Kenyon and farmed there until 1993 when they retired and moved to Good Thunder. Edyth was the organist and choir director at Trinity Lutheran in Medford for many years until they moved to Good Thunder, where she was also an organist and choir director at St. John Lutheran. When they moved to Kenyon, she did many things besides being a wife and mother. She sold Avon and Queen's Way fashions to save up to buy her own organ so she could practice for church at home (and entertain the kids and grandkids in the later years!). In the early years, she sang in the Sweet Adelines in Faribault. Believe it or not, she often sang Tenor because she had such a wide vocal range. Edyth spent many years being a 4-H leader, which often entailed writing skits and music for the annual Share the Fun contest in Faribault. When the last of her kids were finally in high school, she received her Real Estate License. She was a lifelong member of the American Legion Auxiliary Post 294 in Lake Crystal as are all her daughters. Edyth spent many years devoting her time to LWML and held various positions in the church and in the district. Although she did so many things throughout her life, her main loves were God, family, and music. She truly was a faithful servant of the Lord up until the end. She is survived by six children, Kent Whitney of Woodbury, MN., Elliot Whitney of Blackduck, Bryan (Robin) Whitney of Kenyon, Carolyn (Leland) Jones of Aguila, AZ, Laura (Mark) Matzke of Good Thunder, Leah (Steven) Galaudet of Minneapolis, Toni Whitney of Bemidji, MN and Sandra Whitney of Olathe, KS; 17 grandchildren; 13 great-grandchildren; nieces, nephews, and cousins. She was preceded in death by her husband, John; her sister and brother-in-law, Bette and Fred Manke of Lake Crystal, MN; and her daughter, Jinette L. Whitney of Good Thunder, MN.