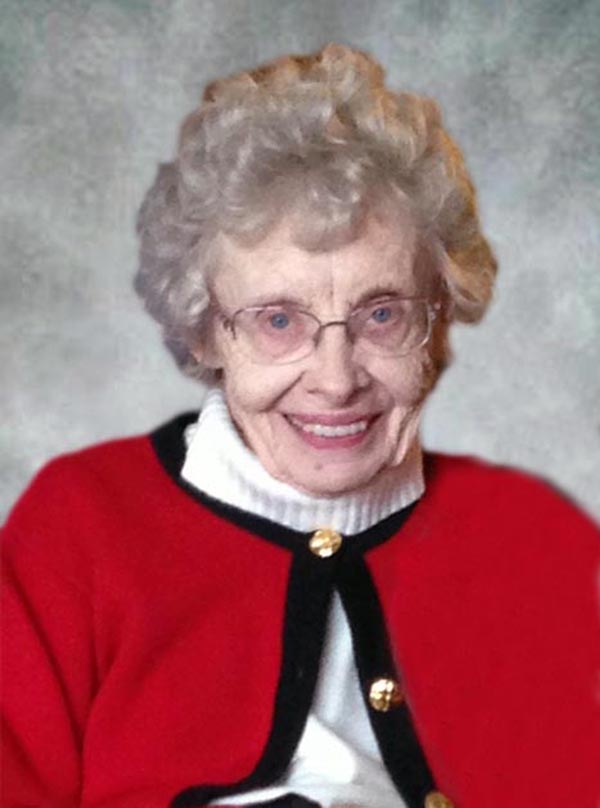 Dorothy Mae Nauman 1931–2019 Faribault—Dorothy M. Nauman, age 88, of Northfield, died on Saturday, September 28, 2019 at Arthur's Senior Care, Roseville. Funeral services will be held at Cannon City Community Church, rural Faribault on Saturday, October 5, 2019 at 2:00 p.m. Interment will be at Maple Lawn Cemetery, Faribault. Visitation will be at the church for one hour prior to the service on Saturday. Dorothy, the daughter of Charles and Mae (Walrod) Mulliner was born on July 6, 1931 in Faribault, MN. She grew up on a farm in Rice County between Northfield and Faribault. Dorothy attended a small rural school, Dundas Elementary School, and graduated with the Faribault High School class of 1949. When Dorothy was in her teens, there were special services at the church where her parents attended. That is when she made her personal decision to follow Christ, as the Christian life was explained to her from the Bible. She continued her education at Mounds-Midway School of Nursing in St. Paul, MN. She earned her degree as a Registered Nurse in 1952. She was employed as a Registered Nurse at Mounds and Midway Hospitals after graduation. Dorothy was united in marriage to Willard (Bix) Nauman on July 24, 1954 at the Cannon City Community Church near Faribault. After their marriage, they lived at Fort Lewis in Washington State for eight months while Bix completed his military obligations. Then they moved to St. Paul while Bix attended the University of Minnesota and Dorothy was employed at Mounds and Midway Hospitals in St. Paul. After Bix received his teaching degree from the University of Minnesota, they lived in Red Wing for four years. From there, they moved to Northfield where Bix taught in the Northfield Public Schools and Dorothy was employed by the Northfield City Hospital. Later, Dorothy held various administrative assistant positions for the Northfield Public Schools. She retired in 1997 with her last position being the secretary for the Superintendent of schools in Northfield. Dorothy is survived by her husband of 65 years, Willard (Bix); three children, Grant (Gretchen) Nauman of the People's Republic of China, Julie (Scott) Finnern of Maplewood, MN, and Jonathan (Jeanne) Nauman of Ramsey, MN; grandchildren, Michael (Bethany) Finnern, Matthew Finnern, Samantha Nauman, Benjamin Nauman; great-grandchildren, Caden Willard Finnern, Arlo Rylan Finnern; brother, Charles (Lynne) Mulliner and other relatives and friends. She was preceded in death by her parents, Charles and Mae Mulliner; brothers and sisters in law, Glenn and Beverly Nauman and Catherine and Daniel Geisler. Memorials are preferred to the Cannon City Community Church, ELIC (English Language Institute of China) or the donor's choice. Visit boldtfuneralhome.com for information and guest book.

To plant a tree in memory of Dorothy Mae Nauman as a living tribute, please visit Tribute Store.