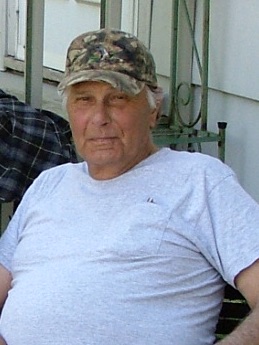 Ronald 'RC' Holmblad 1932–2020 Faribault—Ronald Holmblad, age 87 of Faribault, MN passed away on Thursday, January 16, 2020 at Mill City Senior Living following an extended illness. Private interment will be held at Maple Lawn Cemetery in Faribault at a later date. Funeral arrangements are with the Parker Kohl Funeral Home & Crematory of Faribault. Ronald Carl Holmblad was born on November 18, 1932 in Stillwater, MN to Raymond and Ruth (Kern) Holmblad. Following high school, Ronald joined the U.S. Army in 1953 and was honorably discharged in 1955. On February 28, 1959, Ronald was married to Kathryn Lundy in Crooks, SD. Ron loved to drive truck and was fortunate enough to spend his entire life doing what he loved as owner and operator of RC Holmblad Trucking for 65 years. The years he spent in the Army were, of course, driving truck through France and Germany. His second favorite pastime was to sit in the door of his shop drinking pop with his customers, employees and friends. Ronald is survived by his wife, Kathy Holmblad of Faribault; sons, William (Margaret) Holmblad of Faribault and Daniel Holmblad of Faribault; daughter, Sherri (Thomas) Rogalski of Shoreview, MN; grandchildren, Rebecca Holmblad of Marshall, MN, Michael Holmblad of Villanova, PA, Samuel Rogalski of Shoreview, MN, and Joseph Rogalski of Shoreview, MN; brother David (Michelle) Holmblad of Faribault; and other loving family and friends. He is preceded in death by his parents; brother, Robert Holmblad; and sister, Susan Holmblad Schoonover. For further information please visit www.ParkerKohlFuneralHome.com.

To plant a tree in memory of Ronald Holmblad as a living tribute, please visit Tribute Store.
Load comments