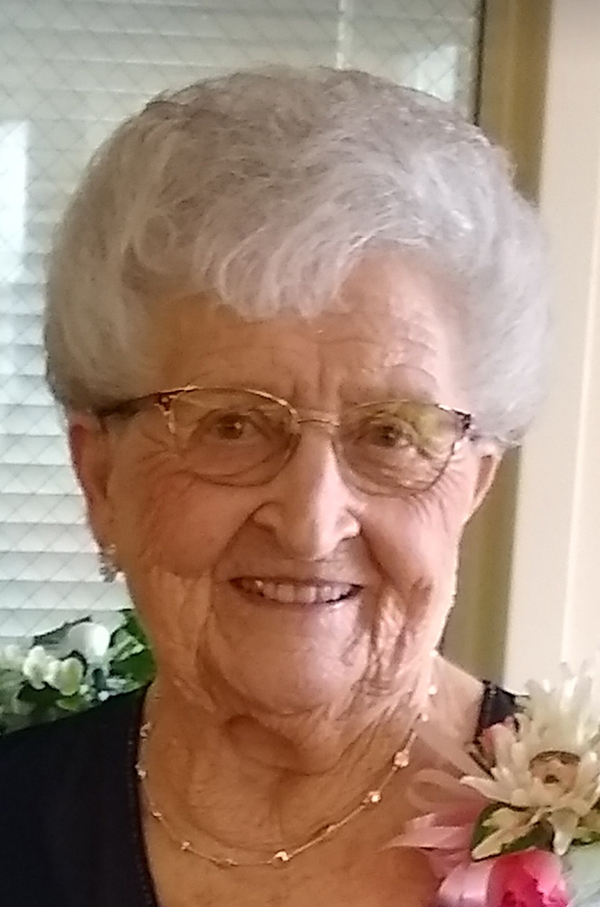 Mavis Caron 1929–2020 Faribault—Mavis E. Caron, age 91, of Faribault, died on Tuesday, June 2, 2020 at the Mayo Clinic - St. Mary's Campus, Rochester. A private Mass of Christian Burial will be held at Divine Mercy Catholic Church, 139 Mercy Drive, Faribault on Thursday, July 2, 2020 at 10:30 a.m. with interment at Fort Snelling National Cemetery, Minneapolis. Arrangements are being completed by the Boldt Funeral Home, Faribault. Mavis Elaine, the daughter of Martin and Frances (Ista) Flom was born on April 17, 1929 in Faribault. She married Allwyn Caron on July 9, 1947 in Sacred Heart Catholic Church, Faribault, and he preceded her in death on July 21, 1977. She was formerly employed by Third Street Café, District One Hospital, Faribault Canning Company and Mealey's Candy Kitchen all of Faribault. Mavis enjoyed spending time with her family and friends. She is survived by six children, Sandy (and Dan) Barker of Medford, Terry (and Marilyn) Caron of Faribault, Mike (and Bobbie) Caron of Medford, Kim (and Lois) Caron of Owatonna Scott (and Connie) Caron of Kenyon and Bryan (and Diane) Caron of Faribault; 14 grandchildren; step grandchildren; great grandchildren; great great grandchildren; one daughter in law, Pamela Caron of Nerstrand; other relatives; and friends. She was preceded in death by her parents; her husband, Allwyn Caron; one son, Daniel Caron and siblings. Visit boldtfuneralhome.com for information and guestbook.