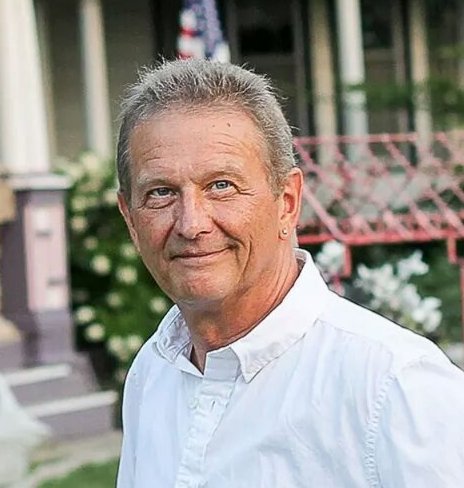 Carl Howard White 1955–2019 Faribault—On November 7th, 2019 Carl Howard White lost his courageous 6-year battle with stage 4 pancreatic cancer. A celebration of life will be announced in the spring. Carl was born on January 2, 1955, to Donald and Alice (Orth) White in New Ulm, MN. Carl was raised on the family farm in Faribault. He married the love of his life Dianne (Brossard) on February 14th, 1974. Carl served in the United States Navy from 1974-1977. He worked at Crown Cork and Seal for 37 years. He retired in 2013 due to his illness. From 2015-2019 he worked part-time at Polzin Glass in Faribault. He loved to ride his motorcycle, play pool, go deer hunting, and spending time with his family and friends. He was also an avid Minnesota Vikings fan. He is survived by his wife Dianne of 45yrs; two sons Carl White, Rick (and Haide) White; daughter Valerie (and Mario) Capra all of Faribault; siblings Steven (and Linda) White; May (and Roger) Golden; Maggie Igel, many grandchildren, and great-grandchildren. He is preceded in death by his parents Donald and Alice White; Mother-in-Law Harriet Brossard; Brother-in-Law Jeff Igel; and two great-granddaughters Shayah Winter and Violet Hilley. In lieu of flowers please donate to pancan.org.

To plant a tree in memory of Carl Howard White as a living tribute, please visit Tribute Store.
Load comments