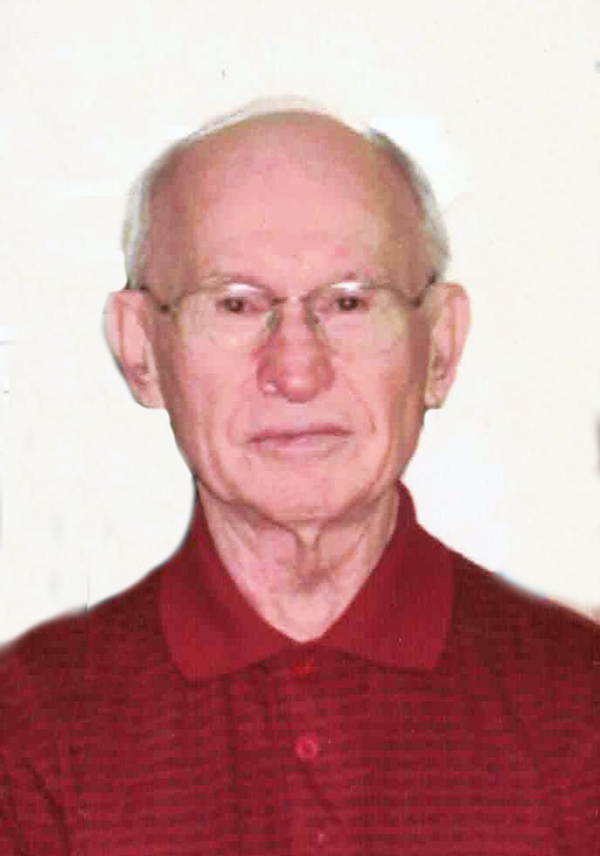 Victor Kummer 1923–2019 Faribault —Victor A. Kummer, age 96, of Faribault, died on Thursday, November 28, 2019 at Pleasant Manor Nursing Home, Faribault. Mass of Christian Burial will be held at Divine Mercy Catholic Church, 139 Mercy Drive, Faribault, on Saturday, December 7, 2019 at 10:30 a.m. Father Brandon Theisen will officiate. Interment will be at St. Lawrence Cemetery, Faribault, with military rites provided by Rice County Central Veterans Association. Visitation will be at the church for one hour prior to the service on Saturday. Arrangements are being completed by the Boldt Funeral Home, Faribault. Victor A., the son of Albert and Matilda (Stiel) Kummer, was born on February 28, 1923 in Breckenridge. He graduated from Faribault High School in 1942, and was stationed in Japan while serving in the U.S. Army during WW II. He married Hazel L. Headline on June 20, 1953 at Immaculate Conception Catholic Church, Faribault. She preceded him in death on May 30, 2007. Victor was formerly employed by Faribault Woolen Mill and later by Onan Corporation, Fridley, for over 25 years. He is survived by his daughter, Michelle (and Steven) Woods of Rogers; one granddaughter, Megan Woods; other relatives; and friends. He was preceded in death by his parents; his wife, Hazel; three siblings, Bernadette (and Phil) DuChene, Wrey (and Virginia) Kummer and Gilbert Kummer. In lieu of a memorial gifts or flowers, please pay it forward by conducting an act of kindness to someone in memory of Victor. Visit boldtfuneralhome.com for information and guest book.