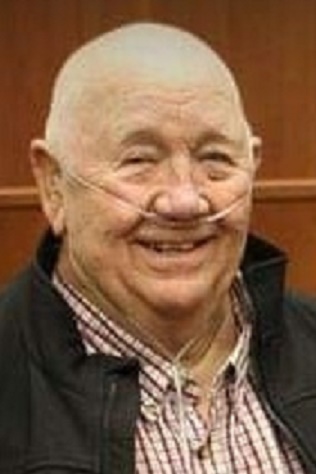 Earl A. Fredrickson 1943–2020 Kenyon—Earl A. Fredrickson, age 76, of Kenyon, passed away Sunday, January 19, 2020, at his home with his family at his side. Earl was born the son of William and Freda (Dennis) Fredrickson on November 19, 1943, in Blooming Prairie, Minnesota. He attended country school in Blooming Prairie and in 1952, the family moved to the Kenyon area where he later graduated from Kenyon High School in 1963. For two summers Earl worked in the wheat fields of Montana. After returning to Kenyon, Earl began working for Rogmoe Elevator in Faribault. He was united in marriage to Ruth Ingebritson on November 28, 1964, at Bethany Lutheran Church in Frost, Minnesota. He later worked for the Kenyon Utilities. Earl began a new career in the electrical trade. He worked for Art Werdahl and later purchased the business and renamed it Fredrickson Electric. After 10 years, he sold the business and began working for McNeilus Steel in Dodge Center in the maintenance department. After working at McNeilus, he managed Dexmar Company in Kenyon. Following, he returned to McNeilus where he retired in 2005. Earl and Ruth also owned and operated E & R Mini Storage and E & R Stump Removal along with other business adventures. Earl was the kind of man that could make you laugh by either sharing his sarcasm, jokes or witty sense of humor. He was fun-loving and a great storyteller. He enjoyed working in his garden, woodworking and could fix anything. In his 70's, Earl and Ruth purchased a Honda Trike and enjoyed their time together traveling the countryside. They also took an Alaskan cruise and many road trips throughout the US. Earl served on the Kenyon Volunteer Fire Department for 23 years and was a friend of Bill W for 40 years. He was a kind and caring man and will be missed by his family and all that knew him. He is survived by his wife Ruth of Kenyon; his children Dean of San Jose, CA, Lynn (Brad) Haugen of Kenyon, Dale (Wendy) of White Bear Lake; two grandsons Daniel (Kayla) and Brandon Larkin, all of Kenyon; step-grandson Bradley Haugen of Rochester; a sister Phyllis (Roger) Maring of Northfield; and many nephews and nieces. He was preceded in death by a son at infancy Brian (1966); his parents; his brothers Duane, Allen and Richard; and great-niece Jessica Askelson. Visitation will be at Gol Lutheran Church-Kenyon on Thursday, January 23, 2020, from 9:00 AM until the time of the service. Funeral services will be at Gol Lutheran Church on Thursday beginning at 11:00 AM with the Reverend Julie Rogness officiating. Burial will be at Gol Lutheran Cemetery in Kenyon. Memorials are preferred to St. Jude's Children's Hospital or the Cancer Center in Northfield. biermanfuneralhome.com.

To plant a tree in memory of Earl A. Fredrickson as a living tribute, please visit Tribute Store.
Load comments