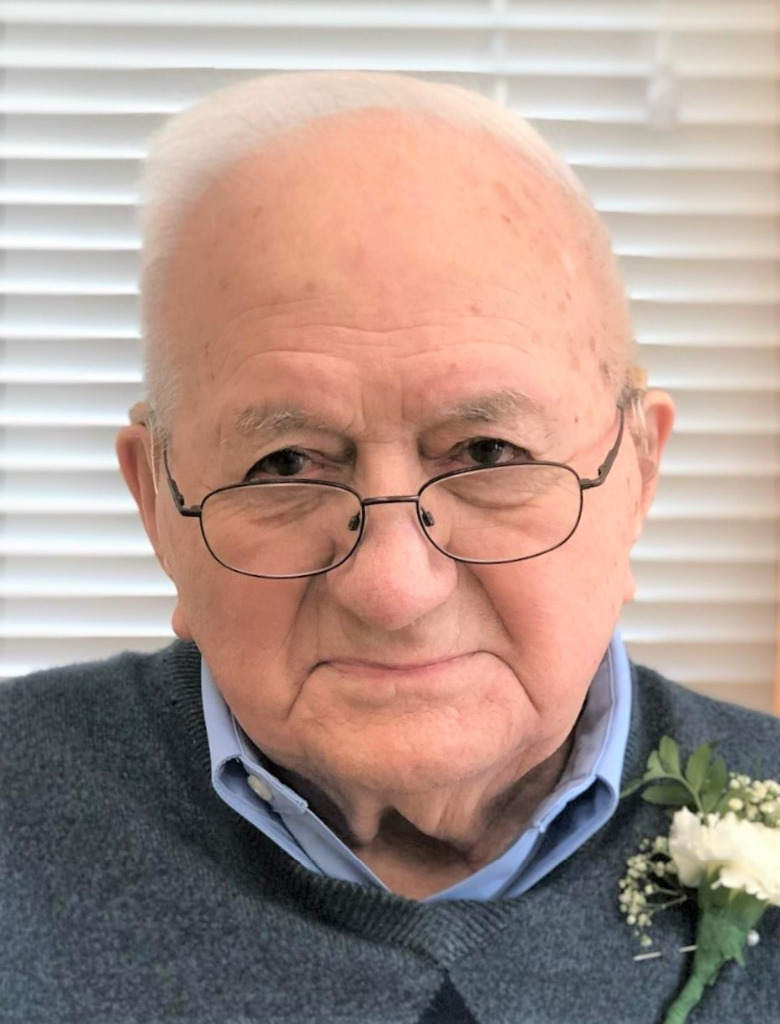 Robert L. Malecha 1930–2019 Northfield—Robert Malecha, age 98, passed away Wednesday evening, October 30, 2019, at Three Links Care Center. Robert Ladislav Malecha was born November 6, 1920, at home in Forest Township, Rice County, to Charles and Anna (Mracek) Malecha. He was baptized and confirmed at Immaculate Conception in Lonsdale. He attended Union Lake Country School and graduated from Faribault High School in 1938. Robert worked with his dad until being drafted in the U.S. Army in 1942. He served in the Pacific for 36 months, including Hawaii and Guadalcanal, earning a Purple Heart in the Philippines. He also served in Korea with the Army of Occupation, after VJ Day. He received his honorable discharge in November, 1945. On June 26, 1948, Robert married Mary Schmitz at St. Patrick's Catholic Church in Shieldsville. They bought their property in Millersburg in 1962, but farmed on his family farm until 1977, when Robert and Mary moved to their own farm. Robert was a longtime member of the St. Dominic Catholic Church and Knights of Columbus as well as a life member of the VFW and Disabled Vets. He served on the Steele Waseca REA board for 24 years and the Rice County ASCS Committee for 9 years. He enjoyed farming, fishing, playing cards and traveling with Mary. Robert was kind, gentle, unflappable and hardworking. Above all, he was a dedicated husband and father that loved his family dearly. He will be greatly missed. Survivors include his children, William (Wendy) of Millersburg, Ann (Larry) Larson of Northfield, Janet Sletten of Northfield, Daniel (Darcy Futrell) of Minneapolis, Catherine (Marc) Thorsen of Eden Prairie; 9 grandchildren: Rob Malecha, Al (Sandy) Malecha, Andy (Larissa) Larson, Katy (David) Berglund, Cory (Sara) Sletten, Josh Sletten (fiancee Kati Reak), Kevin Malecha, Ally Thorsen, Nick Thorsen; 11 great-grandchildren; 4 great-great-grandchildren; his sister Catherine Williams of Dallas, TX; nieces, nephews, other relatives and friends. He was preceded in death by his wife and his parents. Mass of Christina Burial will be 10:30AM, Tuesday, November 5, 2019, at the Church of St. Dominic, Northfield. Military Honors will follow. Interment will be in Fort Snelling National Cemetery. Pallbearers will be Rob Malecha, Al Malecha, Andy Larson, Katy Berglund, Cory Sletten, Josh Sletten, Kevin Malecha, Ally Thorsen and Nick Thorsen. Visitation will be 4-7PM, Monday, November 4, 2019, at the Benson & Langehough Funeral Home and will continue at the church on Tuesday one hour prior to the service. Memorials are preferred to the Northfield VFW or St. Dominic School. www.northfieldfuneral.com

To plant a tree in memory of Robert L. Malecha as a living tribute, please visit Tribute Store.
Load comments