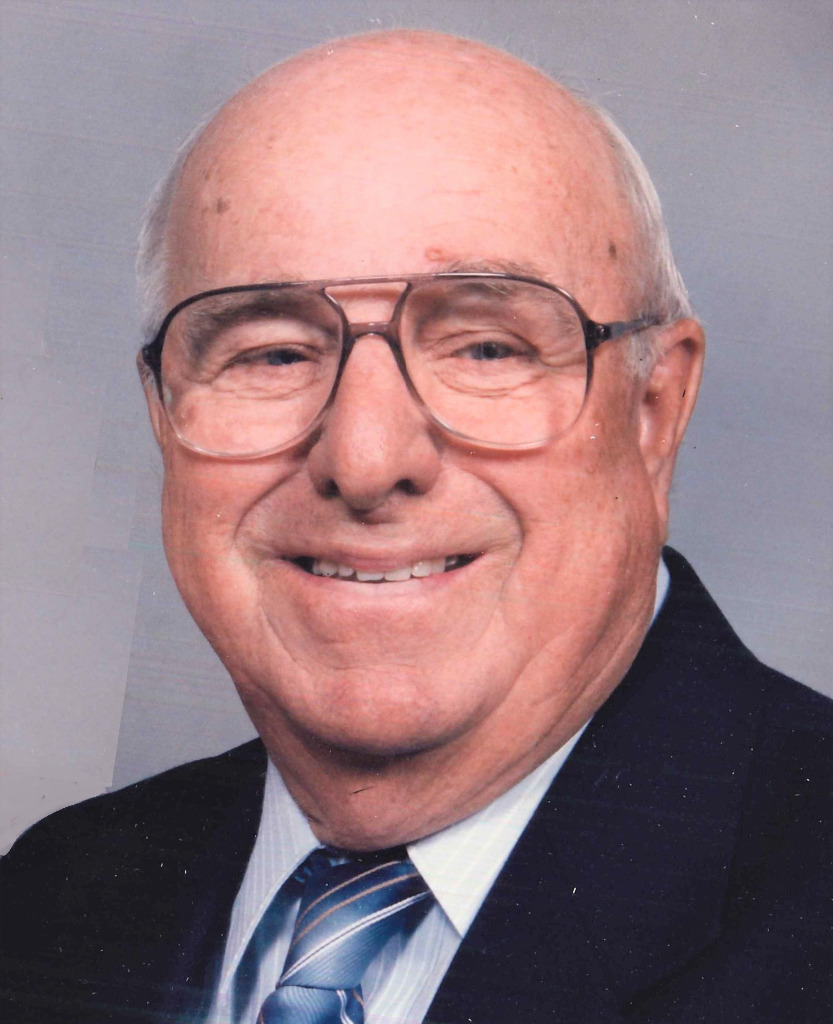 Al Winkels 1919–2020 Northfield—Al Winkels, age 101, passed away Monday afternoon, September 21, 2020, at Parmly on the Lake in Chisago City. Alois Martin Winkels was born May 22, 1919, on the family farm in Dent, Minnesota, to Mathias and Sarah (Silvernagel) Winkels. He was baptized and confirmed at Sacred Heart Catholic Church in Dent. When Al was 6, the family moved into town. After his education, he worked with his dad. On May 9, 1941, Al was inducted into the U.S. Army. He served in England, France, and then Germany before moving on to Holland and Czechoslovakia, all during WWII. Following his Honorable Discharge on Sept. 7, 1945, he returned to Dent to haul milk and work at the local filling station. On June 9, 1947, Al was united in marriage to Rose Koehler at St. Henry's Catholic Church in Perham. After marriage Al attended barber school. In 1950, they moved to Northfield and Al owned and operated the Jesse James Barber Shop which was located on Division Street. In 1984, Al retired, and in 1989, the couple returned to Perham where they built a house on Rush Lake - a place they loved to live. They returned to Northfield in 2008 to be near family. Al was a member of the Knights of Columbus and the Northfield VFW. He and Rose were members of St. Dominic's Catholic Church. Al loved to go fishing. Survivors include his children, Fr. Michael of Oak Park, Ill, Marie and husband Ted Kampbell of Apple Valley, Steve and wife Diane of Faribault, Julie Rother (Rocky Ulstad) of Stacy; 6 grandchildren Chris (Andy) Bothun, Ruth (Dan) Wilhelm, Josh (Allison) Kampbell, Suzy (Chad) Kaderlik, Sarah (Greg Schwartz) Kampbell and Ryan (Sarah) Winkels; 12 great-grandchildren; other family members; and friends. He was preceded in death by his wife Rose, his granddaughter Suzanne Kaderlik and her unborn child, his great-grandson Owen Kampbell, his son-in-law Denny Rother, his parents, and 16 brothers and sisters: Frances Ladermann, Adam, Irene Buethler, Lawrence, Sylvester, Pauline Riepe, George, Leonard, Margaret Ungari, Agatha, Theresa, Kern, Matthew, Leo, Joe, Loretta, and Tom. Mass of Christian Burial, followed by Military Honors, will be held at 11:00AM, Monday, September 28. 2020, at the Church of St. Dominic in Northfield. Visitation will be 4:00PM - 6:00PM, Sunday, September 27, 2020, at the Benson & Langehough Funeral Home. Masks are required at both events. Interment will be at Fort Snelling National Cemetery, Minneapolis. www.northfieldfuneral.com