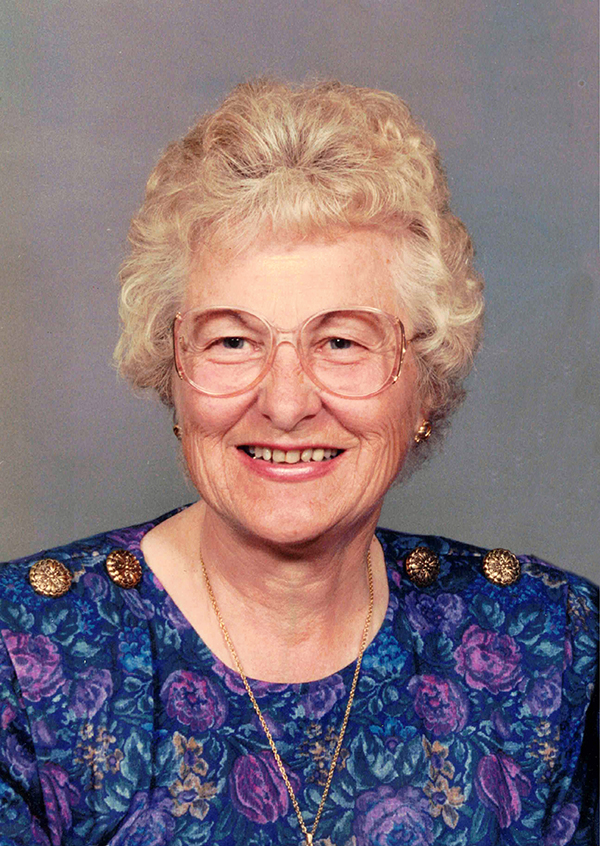 Lorraine Dostal 1928–1928 Faribault—Lorraine Esther Dostal was called to her Heavenly Home by her Lord and Savior on December 11, 2020. Funeral services will be held at Redeemer Lutheran Church, Owatonna, on Wednesday, December 16, 2020 at 1 p.m. with the Reverend Kirk Griebel officiating. Interment will be at Meadow Ridge Memorial Park, Faribault. Visitation will be held at the church one hour prior to the service on Wednesday. Arrangements are being completed by the Boldt Funeral Home, Faribault. Lorraine, the daughter of Walter and Esther (Bauer) Schlobohm, was born on December 24, 1928 in Merton Township, rural Steele County. She attended school at District 15 and Medford High School. She married Donald Dostal on April 9, 1947 at Trinity Lutheran Church, Medford. Together they farmed near West Concord. Lorraine liked artwork of drawing, painting and woodcraft. She and Don squared danced for 30 years. She was financial secretary and treasurer for many years at Peace Lutheran Church, Claremont. Her husband Donald preceded her in death on June 15, 2014. Later, Lorraine moved to Owatonna and became a member of Redeemer Lutheran Church. Lorraine is survived by two siblings, Eleanor Neubert of Sauk Centre and Duane (Diane) Schlobohm of Faribault; one sister-in-law, Louise Schlobohm of Faribault; two brothers-in-law, Clayton Harris of Spring Lake Park and Sherman (Joyce) Benson of Kenyon; and many nieces, nephews, other relatives and friends. She was preceded in death by her parents; her husband, Donald Dostal; her brother, Donald Schlobohm; three sisters, Arlene (Albert) Ciffra, Valeria Harris, Evelyn Benson; one brother-in-law, Fred Neubert; and all the Dostal sisters- and brothers-in-law, Harry (Margaret) Dostal, John (Elizabeth) Dostal, Josephine (Robert) Panzer, Elsie (Dewain) Baker, Mabel (and Selmer) Miller and Margaret (and Arthur) Boeke. Memorial gifts may be directed to Camp Omega or The Lutheran Hour. Visit boldtfuneralhome.com for information and guestbook.