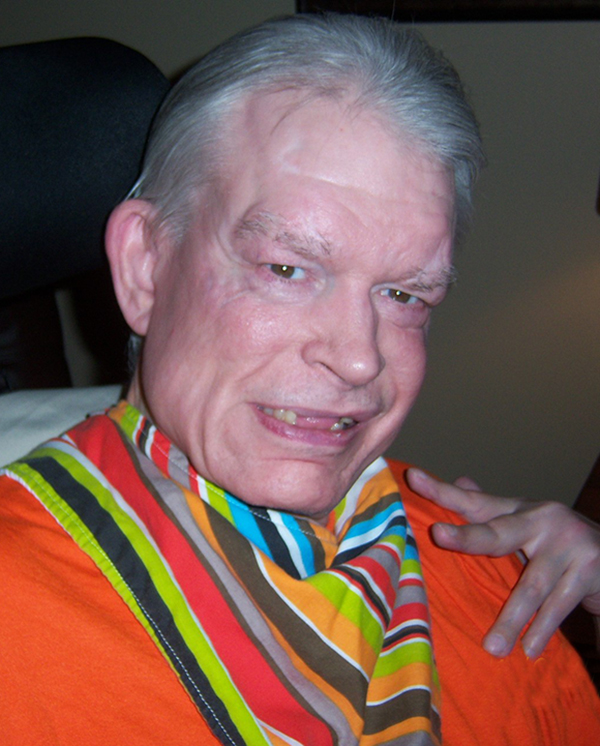 John H. Sommerfeld 1952–2021 Faribault—John Harold Sommerfeld, age 68, passed away on January 12, 2021 in Faribault, where he was a longtime resident. With one of his many devoted caregivers at his side, at the age of 68, John Sommerfeld passed away peacefully, in his home of 24 years, on January 12, 2021. He had struggled with respiratory issues for several years, but always had time to laugh or give you a smile. John maintained a very dignified aura; well dressed, sitting tall, and silver hair slicked back; he was the definition of debonair. John was born May 9,1952, in Minneapolis, Minnesota. John was particular about the way he wanted things done, and he had a huge smile that lit up his face (and those around him). John loved cookies and listening to music. He enjoyed watching birds at the birdfeeder outside his window and taking in old black and white TV series. John was a big fan of Halloween; the different costumes brought a big smile to his face. He went on many fabulous excursions with his caregiver family. One of John's favorite pastimes was at home, sitting back, with head held high (in his dignified way), watching all the goings-on out of the corner of his eye. He never revealed what he was thinking as he gave his familiar smirk. John had many loving caregivers, first at the Faribault Regional Center and then at a State of MN group home in Faribault. Once he got to know and trust those supporting him, he would make sure to give you that smile or laugh – just to make your day! His family asked that his longtime caregivers be recognized for their extraordinary care and kindness, just some of their names include: Kathi, Lynn, Renae, Lori, Tianne, Ashley, Abbey, Jayda, Kathy J., Kathy B., Lori, Chris, Dianna, Brenda, Sue, Kathy L., Karla, Colleen, Eric, Liz, Jenny, Erica, and many more. The family thanks all those caregivers who helped John enjoy a rich and full life in Faribault. Special recognition also goes to the wonderful care and support provided by Brighton Hospice. John loved his music and came from a musical family. John was preceded in death by his parents, Warren and Anita Sommerfeld, and his younger brother, Timothy Sommerfeld. John is survived by his brothers Jim Sommerfeld (Mary) and Allen Sommerfeld (Mary), and his sister Kathy Gedler (Tim), along with many nieces and nephews. There will be a private family memorial service at a later date. Visit boldtfuneralhome.com for information and guest book.

To plant a tree in memory of John H. Sommerfeld as a living tribute, please visit Tribute Store.
Load comments